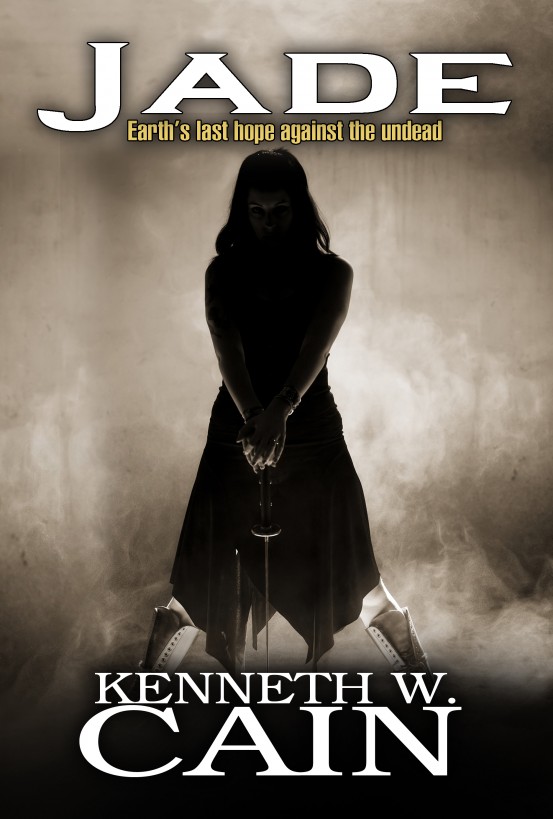 The names, characters, places and incidents
in this work are fictitious. Any resemblance to actual events or
locales or persons, living or dead, is purely coincidental.

This ebook is licensed for your personal use
only. No part of this ebook may be re-sold, given away, or
reproduced to other parties by any means with the sole exception of
reviewers, who may quote small excerpts for their purposes. If you
would like to share this book with others, please consider
purchasing or gifting additional copies. If you’re reading this
book and did not obtain it by legal means, please consider
supporting the author by purchasing a copy for yourself. The author
appreciates your effort to support their endeavors. 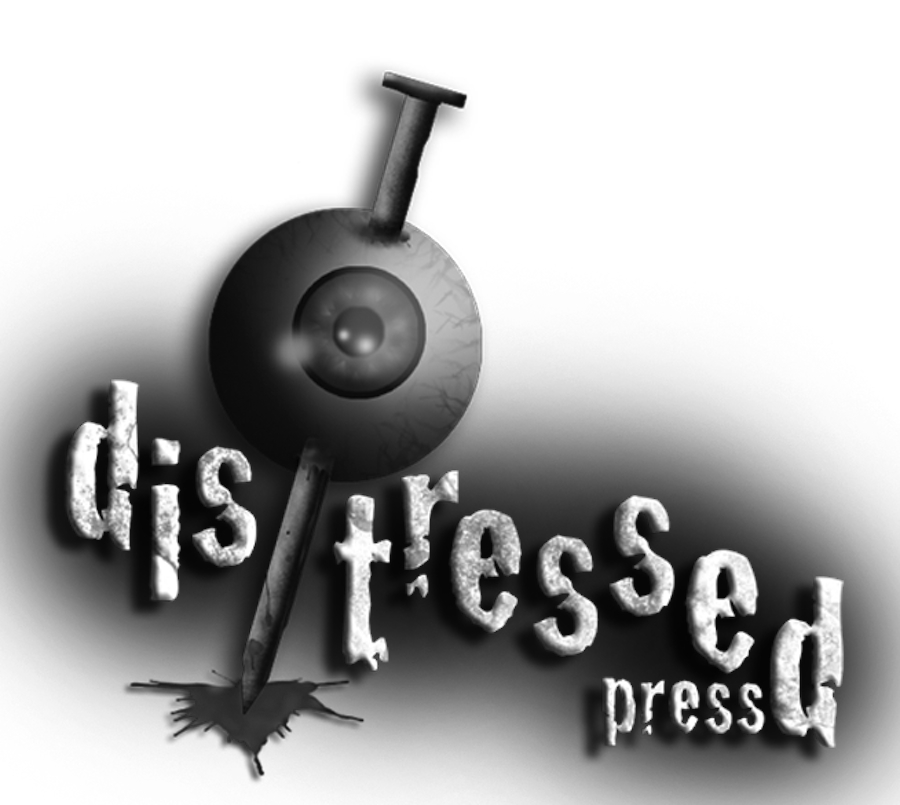 Jade remembered what it had been like before
all this madness: fanatics professing the world would end in 2012,
then latching on to 2013 and every year after. As the years passed
the human race hardened, more confident the world would last
forever. Then in 2020, space freighter Pioneer, serial number
37246, returned home seemingly empty. The readings the ship fed to
the tower signaled no life onboard.

What ensued upon opening those doors hadn't
been telecast and Jade was thankful. She'd seen enough while holed
up in her apartment, looking down on the streets in awe from her
bedroom window. They said the crew had been infected somewhere on
Kepler-20e with a virus that had turned them into awful
abominations. When they opened the Pioneer's doors those beasts
burst out and what became known as the end of civilization
followed.

Only it hadn’t been the end, not really.
Each zombie that wasn’t exterminated went on to thrive and infect
others. The world wasn't ending so much as mankind was slowly being
eradicated. After two years, the news reported fewer than one
million humans were left on Earth.

Like Jade, all survivors hid. The only
way to live was to hide. They ate what food they could find and
remained in what places they wouldn't be found for as long as they
could. It wasn’t much of a life. Jade had truly thought it the end,
until the day
they
arrived.

Her people should have been excited to meet
life from another planet, yet Earth’s citizens were too devastated
to appreciate any such miracle. Jade herself had once wanted to
honor these extraterrestrials who'd come to rid Earth of the
undead. But she soon learned the truth about the aliens who only
acted to protect their primary resource.

Apparently they too had suffered great loss
at the hands of these infected zombies. These great warriors had
learned how to handle weapons because of this intergalactic plague.
Their planet had been nearly decimated, leaving very few survivors.
They hated the zombies with a passion and would do anything to
slaughter them.

At the same time, they had tried to discover
how the virus originated. They claimed to have ended all
possibility of future infections by obliterating their home planet.
However, Jade wasn't convinced destroying a planet would ever put
an end to anything.

These aliens had experience with killing
zombies and wouldn't hesitate to do so. They had adapted to the
virus and grown somewhat immune either chemically or through
science. But it was their other needs that troubled humanity. They
had a voracious appetite for human blood.

Jade remembered how they had tried to stave
off those appetites by offering pigs and goats and cows. However,
the zombies had devastated much of Earth’s livestock. Earth, as a
collective, had very little to offer as a substitute.

These vampires were not interested in such
creatures to whet their appetites. They had other plans from the
onset of their arrival. Their population was small and their main
food source now in peril. They had come to protect their cattle.
They would want to drink human blood and possibly turn them, thus
further dwindling mankind’s numbers. The more humanity diminished
the less opportunity there would be for the vampires to thrive.

They told stories of abduction. Jade
remembered hearing strange tales of such things long ago and
thought them the ramblings of the insane. The vampires had been
feeding off of Earth’s population for hundreds of years after
finding the planet by happenstance. It wasn’t the only planet they
fed on, and Jade thought this might be part of the reason the crew
of Pioneer had come back infected. These vampires had eliminated
whatever population once inhabited Kepler-20e before setting their
sights on Earth.

Earth was left victim to a triangulation of
needs and the battle had only just begun.

Jade hid among the rubble, staring up at the
sky. She often wondered what other life existed beyond what they
had endured thus far. Could another race somewhere in the depths of
space find them and save them from this eternal peril? What if
there were worse creatures waiting for an opportunity to attack?
She found herself in constant hope Earth would decline no further,
that it had already sustained the worst of it all.

Soon it would be dawn. Daylight was the
safest time for Earthlings. She, along with many other survivors,
would take this opportunity to hunt for food and find sufficient
shelter before night returned.

They needed to stay mindful of the creatures
that might exist in those accommodations during the daytime. The
vampires would inhabit any indoor area to avoid direct sunlight.
Luckily, they tended to hide away in groups, like a family of bats.
They writhed together, so that their collective body heat warmed
them.

Jade didn’t think they found much warmth in
that manner, certain the only heat they felt came by the means of
draining blood. And when they drank, they took their fill and
always wanted more. They were insatiable in their desire to
feed.

For now, Jade didn’t care to worry about the
vampires. It was difficult enough to watch out for the zombies.
Besides, there were many more zombies than vampires. The vampires
had put a small dent in the devastation humanity had suffered thus
far. Jade feared they might not be able to do enough to keep their
flock healthy and vivacious, as they didn’t seem capable of
controlling their own needs. It saddened her that she was no more
than a pretty little pet to them, a creature to whet their
appetites.

Many of the major cities, and even the
smaller ones, had been bombed by humans before the vampires
arrived. There were very few structures left standing in which to
hide. She avoided those that seemed obvious vampire lairs, but she
could not withstand another night like the previous six, lying in a
rancid sewer drain. She required warmth for at least one night.

Jade climbed over a vast sea of rubble,
managing it as best she could. She saw a few others seeming equally
as standoffish as she. They didn't trust each other. It took a
great deal of time before anyone could establish faith in someone
else. Therefore relationships rarely materialized.

Humans avoided each other, spreading out and
trying to find paths of their own. As quickly as they had opted to
move in different directions, a noise erupted some distance from
where Jade stood. Two people altered their paths, coming straight
for Jade. She shuffled away in response, staring in their
direction. Jade lingered long enough to see the huge horde of
zombies following them. They quickly overtook the farthest
person.

Even from her current position she could
hear the slurping sounds they made when they ate, the snap of bones
being pried apart in search of the sweetest meats. They moaned in
waves, reminding Jade of how people behaved at baseball games. Many
of the zombies didn't get to feed and therefore had to continue
their pursuit. These zombies took note of the other humans racing
toward Jade. They'd screwed her in their flight from impending
death.

Jade turned and ran, trying to keep an eye
on the throng behind her. At the same time, she kept a watchful eye
on where she was going, hoping not to run into any other zombies.
Already, as the rumble roared behind her she felt hope
diminishing.

Suddenly she stumbled, falling to the ground
amidst rock and dirt. A cloud of dirt rose around her and she
struggled to discern the damage she'd suffered. The sharp sting in
her shin indicated the possibility of something bad. The dust
cleared and she got a good look. The bright red of fresh blood
trickled down her shin. It was a deep cut, but it wouldn’t kill
her—as long as she got moving.

She eyed the fast approaching mob of zombies
along with the two people running her way. One, an older woman,
passed Jade without a sideways glance. The other, a young man,
stopped to help her to her feet. She struggled and used him as a
crutch while they ran.

Jade could smell the rot behind her, the
staleness of people having gone too long without a bath. The stench
of death hung heavy in the air. If not for this man she would have
been their next meal. She was grateful.

They sped across the rough terrain and
eventually came to a dead end. Their only escape was a back alley
and as they took it they heard the horde behind them collapsing
into the destruction that blocked their path. It served as a moment
of delay that would aid in their escape.

The elder woman was the first to reach the
gate at the end of the alley. She leapt onto it and tried to climb.
She was failing by the time Jade and her male companion caught up.
Both of them were young and fit, scurrying over the gate with ease.
Once they were on the other side, they tried to help the woman
over.

The zombies had changed their path and were
now pouring into the alleyway. They clawed and crawled over one
another like starving animals looking for the first available meal.
It was like opening the doors to a store on Black Friday, only with
zombies instead of penny-pinching shoppers.

“
Help me!” She screamed, her eyes wide
with panic.

The man remained calm, trying to assist her.
“Concentrate, Charlotte.”

Trent’s eyes were transfixed on the
approaching horde, keen but troubled. “I will. Now calm yourself
and climb onto my hands. Use them as footholds.”

Charlotte climbed onto one hand, but had
difficulty with the next. Jade seized her waist and tried to help
her. Charlotte managed Trent’s other hand and grasped the top of
the gate. She tried to pull herself upward to get over the top, but
she struggled. Jade pushed with all of her might. Then she felt
herself being drawn away from Charlotte and the resulting pain in
her shin forced her to cringe.

Jade flailed her arms out in one last
attempt to help the woman. It was too late. Trent had made the
right call in leaving Charlotte behind. Realizing this, Jade began
to run with Trent, instead of trying to pull him back to Charlotte.
They put distance between them and the horde. The gate bulged
outward as the zombies collapsed against Charlotte, her screams
sickening as the horde devoured her.

Darker Still by Leanna Renee Hieber
Vote for Larry by Janet Tashjian
Revenge Is Mine by Asia Hill
The Wraiths of War by Mark Morris
Our Hearts Will Burn Us Down by Anne Valente
The Encyclopedia of Serial Killers by Michael Newton
Mystery by Jonathan Kellerman
The President's Henchman by Joseph Flynn
The Santa Mug by Patric Michael
Am I Normal Yet? by Holly Bourne