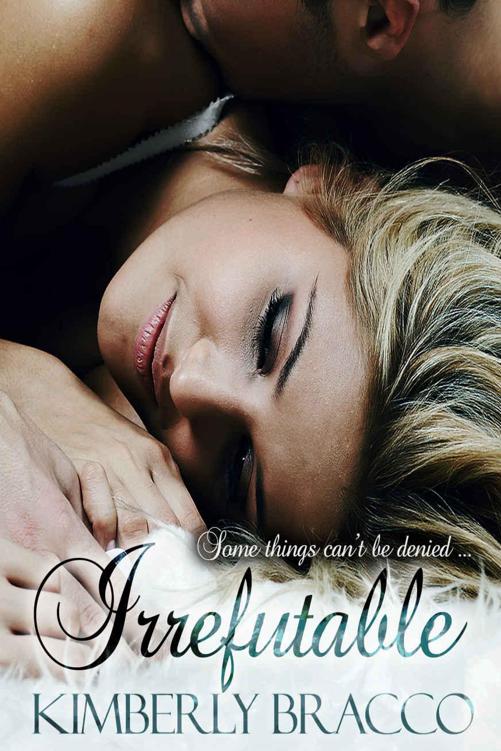 All rights reserved worldwide. No part of this book may be reproduced, copied, or transmitted in any medium, whether electronic, internet, or otherwise, without the expressed of the author.

This is a work of fiction. All characters, events, locations, and names occurring in this book are the product of the author’s imagination, or are the property of their respective owners and are used fictitiously. Any resemblances to actual events, locations, or persons (living or dead) is entirely coincidental and not intended by the author.

All trademarks and trade names are used in a fictitious manner and are in no way endorsed by or an endorsement of their respective owners.

Contains sexual and mature content, as well as offensive language.

Recommended for ages 18 and up.

This is for everyone who feels like things are never going to get better.

Hang on and keep your head up. There’s always a light at the end of the tunnel and asking for help doesn’t make you weak. Be the strongest you, you can be!

THE INTENSITY OF Alex’s stare burns through me as he waits for me to say something—anything. But I have no idea what to do or say. All I want is to spill my guts and tell him the entire truth. Tell him that not only will my father ruin my reputation, but he’s framed me for doing something illegal and I have no clue what he’s done or how to stop it.

I want nothing more than for Alex to wrap me in his safe, muscular arms and tell me everything will be okay. His voice has this way of calming me like nothing else. As close as Jordan and I are, he’s never been able to soothe me the way Alex does. Alex has always had the ability to make my world okay.

His words dance around inside my frazzled brain.
If you don’t love him like that, then don’t marry him.

I don’t love Jordan that way. Not at all. I don’t see us sitting together on some porch swing at sixty years old reminiscing about the wonderful life we’ve had together. Instead, I picture us divorced in less than five years, working together but having our own separate lives. Lives we’ve always wanted. Not the one my father is forcing us into. There’s no fairy tale here.

But how can I not marry Jordan today? The fallout of not doing this could be catastrophic. My father has effectively terrorized me into going through with this. Love has nothing to do with this wedding.

“Regardless of love or not, if I back out, I have nothing. How am I supposed to just let him destroy me? My father is huge in this world. You don’t want him as an enemy, and I’d be his biggest target. He won’t stop until I’m ruined, and what about Jordan? His father has terminal cancer, Alex. He’s dying and Jordan wants to do this for him while he can. All Jordan wants to do is make his father proud. What kind of person would I be if I took that away from him at this point?”

“You’d be a person who is doing the best she can. Do you want to do something just because it will make everyone else happy? Or do you want to be the person who does something because it makes you happy? And you won’t have nothing if you don’t do this; you’ll have yourself, and the people who care about you. I know how much your career means to you. I understand that you’re stuck between two shitty endings, but why do I have the feeling that something else is going on here?” His eyes search my face, roaming over every inch of it as if he’s hoping to find the answers he’s looking for painted across it.

Can I trust him? That’s the biggest question I need to answer before I can say a word about the driving force of this wedding. A wedding that’s supposed to take place in less than eight hours. For two years I thought of Alex as this amazing man, the man who was going to change my world. I let him in—I gave him parts of me I never gave anyone else, and I’m not just talking about sex. Alex got further in than anyone else since my time as an immature teenager, and it ended in a lot of confusion and hurt. My walls are my safety net; I put them there for a reason. No one had ever gotten past them, and I thought that’s how it was always going to be—until Alex.

But Jordan made it in too. I tried to hate him, but it didn’t work. Jordan isn’t my enemy. How can I hurt him? He’s stood by me through everything my dad has done to me. He may not know the full weight of my father’s threats, but he’s still been my rock through it all. When everyone else had something negative to say about what we’re doing, Jordan had my back, to the point of being willing to marry me to save me.

My phone rings in my bedroom breaking the silence and scaring the crap out of me. My nerves have me at the end of my rope. I scurry from the couch to grab it in desperate need of a minute’s reprieve from Alex. There’s no clear answer to give him. I don’t have the slightest clue what kind of person I’m going to end up being when today is through.

The ringing stops as I make my way into my room then starts right back up again. It’s got to be Ashley calling to see what the hell is going on. Scooping it up off my nightstand, I see Jordan’s name as Alex’s footsteps resonate louder in the hall the closer he gets to the bedroom.

“Hello?” I answer just as Alex reaches the threshold of my bedroom door.

A slight sob accompanied by a sniffle greets me on the other end of the line and the hairs on the back of my neck stand up. Something’s wrong. The blood in my veins runs cold. There’s no way my father could’ve done something bad; he has no idea I’m even thinking about backing out today, so why is Jordan upset? “What’s going on, Jordan?”

“He’s gone…” he whispers. His voice is low and broken, so it’s a struggle to hear him but once his words sink in my heart drops.

“No…” The word slips out. He can’t be gone. He was supposed to have more time, at least another month or two.

“Yes,” Jordan says, choking on the word. His devastation is undeniable. This man sounds broken … is broken ... and needs me.

“Oh my God,” I gasp. My body already in motion as I head toward my duffle bag near the closet. “I’m on my way.”

Eve of Darkness by S. J. Day
The Billionaire Boyfriend Trap by Kendra Little
Incredible Metal Detecting Discoveries: True Stories of Amazing Treasures Found by Everyday People by Smith, Mark D
The Wheelman by Duane Swierczynski
Voyage of the Basilisk : A Memoir by Lady Trent (9781429956369) by Brennan, Marie
Hard to Handle by Lori Foster
Happily Ever After? (Sleeping Handsome Sequel) by Jean Haus
You Own Me by Shiloh Walker
Dead Serious by C. M. Stunich
Tuck's Treasure by Kimber Davis