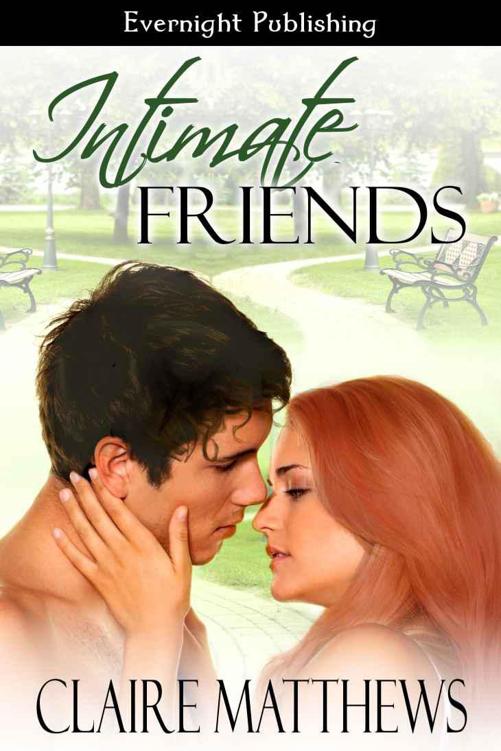 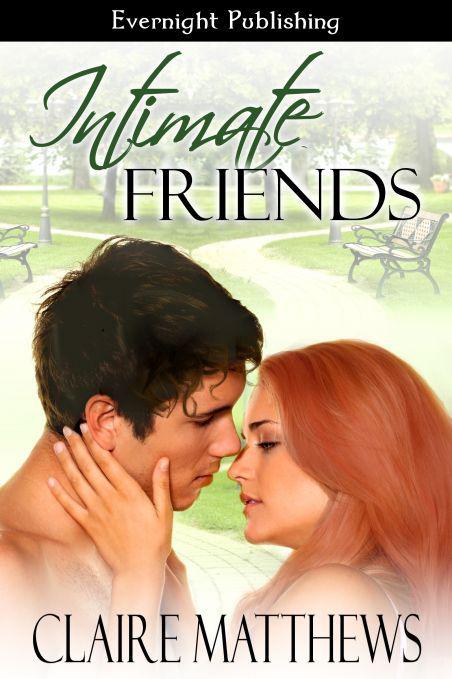 WARNING: The unauthorized reproduction or distribution of this copyrighted work is illegal. No part of this book may be used or reproduced electronically or in print without written permission, except in the case of brief quotations embodied in reviews.

To Olivia and Natalie, who make the real world worthwhile.

Emma blew a loose strand of hair from her forehead, already feeling herself wilting in the heat of early May. Texas in winter was a dream—in summer, it was hell on Earth. She hurried through the parking lot of Travis High School, and the blast of cool air that hit her at the entrance to the building made her gasp involuntarily. Four more weeks of oppressive heat, moody teenagers, and back-stabbing faculty before she’d be on a plane to London for two glorious years, to immerse herself in the works of Chaucer, Shakespeare, Spenser… She found herself transported into a realm of stately 17
th
century poetry, until a senior football jock with an attitude called, “Hey, Miss Whitten, looking hot today.” He wiggled his eyebrows in an attempt to look seductive..

“You know it.” He grinned as his buddies snickered behind him.

“Well, great, then you’ll love picking up trash under the bleachers today after school.” She watched his face flatten like a pancake.

“I don’t wanna hear it. My office, three o’clock, I’ll have the trash bags ready,” she called over her shoulder, already resuming the path to her office. She couldn’t help grinning at the grumbled whining in her wake. These boys were going to learn some respect for women, if it was the last thing she accomplished before she left for graduate school next month.

She turned the corner and saw Noah waiting for her, coffee cups and bagels in hand, standing outside her office. Her face broke into a smile as soon as she saw him—it always did. His dorky good looks charmed her—curly brown hair flopping pleasingly over his forehead, and wide green eyes hidden behind dark-rimmed glasses. He was wearing his “boy genius” uniform, as she called it—khaki pants, button-down shirt, patterned vest, mismatched tie. He rolled his eyes at her tardiness, but his warm grin was welcoming, infectious.

“I know, I know, I’m late,” she said with a sigh. She unlocked her office door and threw her briefcase behind her desk. “But it was for a good cause.”

Emma stuck her tongue out at him and grabbed her coffee . “Thanks.” She took a long gulp of invigorating caffeine. “And I’ll have you know I was late because I was busy teaching Curtis Monroe a little respect for the female gender.”

“Oh, I bet that went over well.” He laughed, scooting his glasses up with his index finger. Emma grimaced, touching the tip of her nose. Noah looked at her quizzically.

“Cream cheese,” she said softly, but he still looked blank. He glanced down at his bagel, then up at her again.

“
Noah
…cream
cheese
…on your
nose
.” Emma giggled, reaching over and swiping the tip of his nose with the pad of her thumb. She wiped her fingers on his napkin, and then, because proximity allowed, she straightened the curls drooping over his forehead, and fixed the back of his collar, which was bent up in back. “God, it’s like coming to work with a six-year-old,” she teased. He blinked at her, eyes wide and green, and she was worried for a second that she’d offended him. He swallowed hard.

“How do I look?” he asked in a weird voice, and she could smell toothpaste and coffee on his breath. She moved back quickly, feeling awkward. She’d overstepped her bounds, teasing him the way she would tease any one of her three younger brothers. But when she offended them, they simply tackled her, sat on her chest and made her smell their stinky socks. Noah just stared at her, seemingly lost—he was an only child, and probably didn’t understand her affectionate ribbing.

“You look gorgeous, you stud.” She grinned, winking at him playfully. He laughed and rolled his eyes, and they were good again, best friends, lunch mates, sci-fi movie buddies. Emma knew that she never would have made it through her break-up with Greg if Noah hadn’t been around. While her girlfriends had all shivered with righteous indignation on her behalf, Noah had been his calm, gentle, goofy self, taking her mind off the pain, staying up to watch Star Trek reruns with her when she was lonely, telling her she was too skinny after she’d put on six post break-up pounds. He reminded her so much of her brothers, only sweeter, and a little nerdier, and much smarter.

“So, what’s up this weekend?” Noah asked nonchalantly, placing his bagel on the corner of her desk and pushing his glasses up, his reflexive habit. One day she was going to staple his frames to the bridge of his nose.

“Oh, God, don’t even,” she moaned dramatically. “Lunch and shopping with my mother." She made a gagging sound. "Then packing my stuff up for storage, grading a thousand essays, and a full-body shave.” Noah blushed, and she grinned. She loved embarrassing him, he was so easy. “How about you?”

“Oh, about the same,” he murmured. “I mean, minus the packing, shopping, and full body…whatever.” His head dipped in that geeky, halting way that she loved to provoke in him. When he looked back up, she cursed the fates that gave a 31-year-old man with glasses the longest eyelashes she’d ever seen on anyone short of a department-store mannequin.

Emma gulped another sip of coffee and grabbed her papers for her first period class. “So, that leaves you grading all weekend,” she noted, and he nodded, murmuring the word “yup”.

Poor Noah
. God, she knew weekends were hard for him since his divorce last year. She hated Jenny for breaking his heart, in that fierce, sisterly way that you…well, that you hated girls who broke your brother’s heart.

She had a flash of brilliance. “Hey, why don’t you come over Sunday night? I’ll make some dinner, and we can watch
Babylon 5
.” She knew from experience that Sunday night was the Night From Hell for single people, particularly those who had suffered a break-up.

“Um, only if you let me cook.” He grinned, pulling the huge stack of papers from her and slinging them casually under his arm as they walked into the bustling hallway. He was so sweet like that, always helpful…such a gentleman. God, how could that idiot Jenny have left him?

“I think I resent that,” she said, eyes squinting up at him.

“Hey, if you stay out of the kitchen, we both stay out of the hospital,” he teased, then jogged ahead of her to avoid the slap of her tote bag against his back. He stopped at her classroom, dropped off her papers on the front desk, and headed out to teach his calculus class, but turned at the last minute to raise his wrist and tap his watch, reminding her of their trip to the car dealership at lunch to change her oil. On his way around the corner, he turned too fast and tripped, making Emma giggle. Gosh, he was sweet. She needed to find him a girlfriend.

Noah dropped his pen, pulled off his glasses, and rubbed his tired eyes with the pads of his thumb and index finger. He couldn’t grade another exam without wanting to put a gun to his head, so he got up, ambled to the refrigerator, and pulled out a beer. He hardly ever drank beer, so the first few sips went to his head quickly, and he sat on the edge of the couch, his body humming, though not unpleasantly.

He scooted back and propped his bare feet on the coffee table, imagining how Jenny would react, then not giving a damn how Jenny would react. He was free to put his feet on the coffee table, drink beer on a school night, run around in his boxers, and eat Chinese food over the sink whenever he pleased. Not that he ever really did most of those things, but still. Emma would be proud.

He took another swallow of beer, then let his head collapse back against the couch cushions. He was going to her house on Sunday. He was going to cook, and watch
Babylon 5
, and laugh and joke and pretend that he wasn’t in love with her. Just the thought of it exhausted him.

The entire last year had been exhausting. He and Jenny finalized their divorce, and less than a month later, Greg dumped Emma for that ridiculous real estate agent with the big hair and bigger chest. What an ass. Noah had stepped up to the plate, been the supportive friend, took her out, made her laugh. And then, one day, she met him for coffee at the Campus Grounds, and brought two large dark roasts to the table. She looked up at him, gave him a beautiful smile, and asked, “I always forget—do you take extra cream?”

Do you take extra cream?
It was so stupid, and random, but at that second, with the morning sun hitting her auburn hair, and her huge brown eyes fixed on him, the lock flew off the “do-not-allow-yourself-to-even-think-about-it” portion of his brain, and every feeling he ever had for her—feelings he never even
realized
he had for her—flooded over him like a tidal wave. Love, tenderness, desire—it hit him so hard he had to excuse himself, go to the men’s room, rest his forehead against the cool metal of the bathroom stall, breathing heavily, wondering what the hell had just happened. It left him exhausted and spent, as if he’d just run a hundred miles.

And almost a year later, he was still exhausted, spent, frustrated…and madly in love.

He rubbed his eyes again, plunked his beer bottle on the coffee table, and sighed heavily. It was way past time for him to face reality. She was leaving for London in a month. She’d be gone for two years.
Two years.
Just thinking about it caused a choking, vice-like ache in his chest. Every stupid, love-sick nerve in his body wanted to beg her to stay, tell her he loved her, make her see how good he could be for her—how good they could be for each other. But he knew what her reaction would be—pity and affection…or no, even worse, laughter and disbelief. She saw him as a friend. A good friend, maybe even her best friend, but a friend nonetheless. He knew her type—guys like Greg, who were strong and sophisticated, a little aloof, stylish,
cool
.