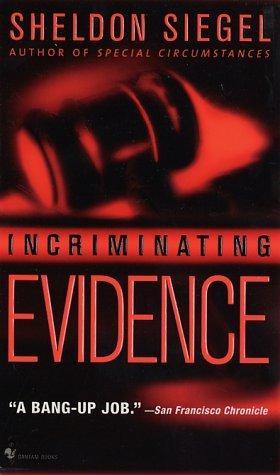 “Mike Daley and friends are back in this intriguing sequel to Siegel’s highly praised debut,
Special Circumstances
…The San Francisco setting and the courtroom scenes ring true. Readers will be anxiously awaiting this new Mike Daley novel.”

“Another captivating legal thriller. The story line provides a wonderful tour of San Francisco inside a strong courtroom drama.”

“Siegel, a practicing attorney in San Francisco, is a truly gifted writer…. He manages to make the usual assortment of legal-thriller characters (cops, lawyers, suspects) seem brand new, as though we’d never met any of them before…. I dare you: read this one. Do it now. You’ll thank me.”

“The story culminates in an outstanding courtroom scene. Daley narrates with a kind of genial irony, the pace never slows, and every description of the city is as brightly burnished as the San Francisco sky when the fog lifts.”

“Charm and strength. Mike Daley is an original and very appealing character in the overcrowded legal arena—a gentle soul who can fight hard when he has to, and a moral man who is repelled by the greed of many of his colleagues.”

“The trial procedure is fascinating…. From beginning to end, an effective page-turner with a realistic climax that holds true to the powerhouse milieu in which Daley and his colleagues have been operating.” 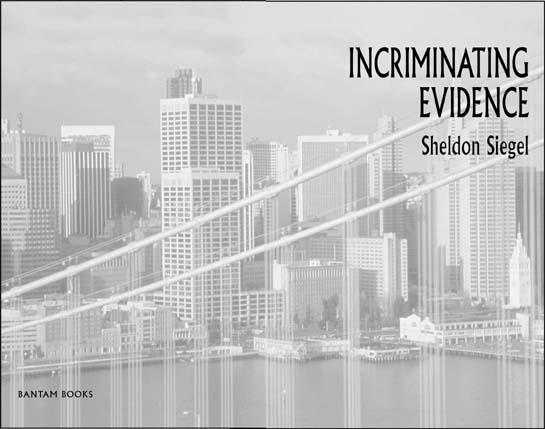 “The attorney general is a law enforcement officer, not a social worker.”

Being a partner in a small criminal defense firm isn’t all that it’s cracked up to be. Oh, it’s nice to see your name at the top of the letterhead, and there is a certain amount of ego gratification that goes along with having your own firm. Then again, you have to co-sign the line of credit and guarantee the lease. You also tend to get a lot of calls from collection agencies when cash flow is slow. In this business, founder’s privilege extends only so far.

Unlike our well-heeled brethren in the high-rises that surround us, the attorneys in my firm, Fernandez and Daley, occupy cramped quarters around the corner from the Trans-bay bus terminal and next door to the Lucky Corner Number 2 Chinese restaurant. Our office is located on the second floor of a 1920s walk-up building at 553 Mission Street, on the only block of San Francisco’s South of Market area that has not yet been gentrified by the sprawl of downtown. Although we haven’t started remodeling yet, we recently took over the space from a now-defunct martial arts studio and moved upstairs from the basement. Our files sit in what used
to be the men’s locker room. Our firm has grown by a whopping fifty percent in the last two years. We’re up to three lawyers.

“Rosie, I’m back,” I sing out to my law partner and ex-wife as I stand in the doorway to her musty, sparsely furnished office at eight-thirty in the morning on the Tuesday after Labor Day. Somewhere behind four mountains of paper and three smiling pictures of our eight-year-old daughter, Grace, Rosita Fernandez is already working on her second Diet Coke and cradling the phone against her right ear. She gestures at me to come in and mouths the words “How was your trip?”

I just got back from Cabo, where I was searching for the perfect vacation and, if the stars lined up right, the perfect woman. Well, my tan is good. When you’re forty-seven and divorced, your expectations tend to be pretty realistic.

Rosie runs her hand through her thick, dark hair. She’s only forty-three, and the gray flecks annoy her. She holds a finger to her full lips and motions me to sit down. She gives me a conspiratorial wink and whispers the name Skipper as she points to the phone. “No, no,” she says to him. “He’ll be back this morning. I expect him any minute. I’ll have him call you as soon as he gets in.”

I sit down and look at the beat-up bookcases filled with oatmeal-colored legal volumes with embossed gold lettering that says
California Reporter
. I glance out the open window at the tops of the Muni buses that pass below us on Mission Street. This is an improvement over our view before we moved upstairs. When we were in the basement, we got to look at the bottoms of the very same buses.

On warm, sunny days like today, I’m glad we don’t work in a hermetically sealed building. On the other hand, by noon, the smell of bus fumes will make me wish we had an air conditioner. Our mismatched used furniture is standard
stock for those of us who swim in the lower tide pools of the legal profession.

Rosie and I used to work together at the San Francisco public defender’s office. Then we made a serious tactical error and decided to get married. We are very good at being lawyers, but we were very bad at being married. We split up almost seven years ago, shortly after Grace’s first birthday. Around the same time, I went to work for the tony Simpson and Gates law firm and Rosie went out on her own. Our professional lives were reunited about two years ago when I was fired by the Simpson firm because I didn’t bring in enough high-paying clients. I started subleasing space from Rosie. On my last night at Simpson and Gates, two attorneys were gunned down in the office. I ended up representing the lawyer who was charged with the murders. That’s when Rosie decided I was worthy of being her law partner.

I point to myself and whisper, “Does Skipper want to talk to me?”

She nods. She scribbles a note that says “Do you want to talk to him?”

Prentice Marshall Gates III, known as Skipper, is the San Francisco district attorney. We used to be partners at Simpson and Gates. His father was Gates. He’s now running for California attorney general. His smiling mug appears on billboards all over town under the caption “Mr. Law and Order.” Two years ago, he won the DA’s race by spending three million dollars of his inheritance. I understand he’s prepared to ante up five million this time around.

I whisper, “Tell him you just heard me come in and I’ll call him back in a few minutes.” I’m going to need a cup of coffee for this.

Skipper is, well, a complicated guy. To my former partners at Simpson and Gates, he was a self-righteous, condescending ass. To defense attorneys like me, he’s an
opportunistic egomaniac who spends most of his time padding his conviction statistics and preening for the media. To the citizens of the City and County of San Francisco, however, he’s a charismatic local hero who vigorously prosecutes drug dealers and pimps. He takes full credit for the fact that violent crime in San Francisco has dropped by a third during his tenure. Even though he’s a law-and-order Republican and a card-carrying member of the NRA, he has led the charge for greater regulation of handguns and sits on the board of directors of the Legal Community Against Violence, a local gun-control advocacy group. He’s an astute politician. It’s a foregone conclusion that he’ll win the AG race. The only question is whether he’ll be the next governor of California.

Rosie cups her hand over the mouthpiece. “He says it’s urgent.” Her eyes gleam as the sunlight hits her face.

With Skipper,
everything
is urgent. “If it’s that important,” I whisper, “it can wait.”

She smiles and tells him I’ll call as soon as I can. Then her grin disappears as she listens intently. She puts the chief law enforcement officer of the City and County of San Francisco on hold. “You may want to talk to him,” she says.

“And why would I want to talk to Mr. Law and Order this fine morning?”

The little crow’s-feet around her eyes crinkle. “It seems Mr. Law and Order just got himself arrested.”

My new office isn’t much bigger than my old one downstairs. My window looks out on a large hole in the ground that will someday evolve into a high-rise office building across the alley. At least I don’t have to walk up a flight of stairs to the bathroom.

I stop in our closet-sized kitchen on my way down the
hall and pour coffee into a mug with Grace’s picture on it. I glance at the little mirror over the sink, which is filled with empty cups. My full head of light brown hair is fighting a losing battle against the onslaught of the gray. The bags under my eyes are a little smaller than they were a week ago. I walk into my office, where my desk is littered with mail. I log on to my computer and start scrolling through e-mail messages. Finally I pick up the phone, punch the blinking red button, and say in my most authoritative tone, “Michael Daley speaking.”

“Skipper Gates,” says the familiar baritone. “I need your help ASAP. We have a situation.”

I haven’t heard the euphemism “We have a situation” since I left Simpson and Gates. We used to refer to this as Skipper speak. When somebody else screwed up, Skipper called it a fuck-up. When he screwed up, it was a situation.

I try to keep the tone measured. “What is it, Skipper?”

“I need to see you right away.”

Nothing changes. I’m still glancing at my e-mails. We aren’t the best of pals. He led the charge to get me tossed out of the Simpson firm and we’ve had our share of run-ins over the last couple of years. It comes with the territory when you make your living as a defense attorney. San Francisco is a small town. Everybody involved in the criminal justice system knows everybody else. We have long memories and unlimited capacity for holding grudges. “Where are you?” I ask.

“The Hall of Justice.”

“Are you in your office?”

“No. The holding area. They’re treating me like a prisoner.”

I hear him clear his throat. “We had a campaign rally at
the Fairmont last night.” Skipper tends to refer to himself in the royal we. He’s one of the few people I know who can get away with it. “It ended late,” he continues, “so I decided to stay at the hotel. When I woke up this morning, there was a dead body in my room.”

“How do you suppose it got there?”

“Just what I said. I don’t know. It wasn’t there when I went to sleep last night.”

With Skipper, the imaginary line between reality and dreamland is often pretty fluid. He isn’t exactly lying. Well, not on purpose, anyway. He spends a substantial part of his waking hours in a parallel reality. This is a very useful skill if you’re a lawyer or a politician.

“Did you call security?”

“Of course. They called the cops.”

“What did they say?”

“They arrested me.” He may as well have added the words “you idiot.”