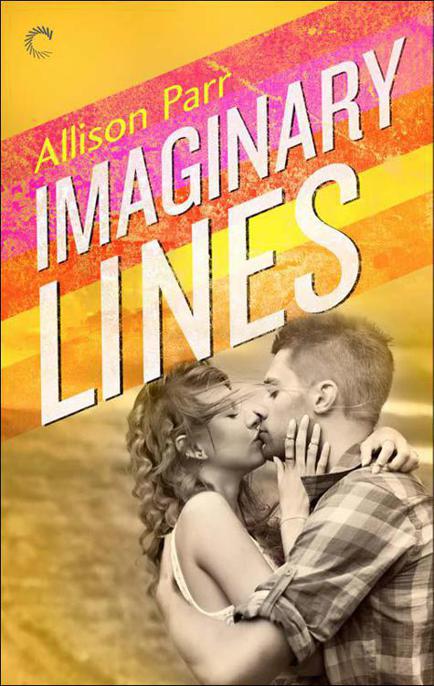 Tamar Rosenfeld has been in love with New York Leopards linebacker Abraham Krasner since they were twelve years old. She’d always considered it destiny that they’d end up together...until Abe was drafted and she professed her feelings in a moment of blind excitement. The sting of his rejection was like nothing she’d ever felt before, and it’s nothing she’ll ever forget.

Older and wiser, Tamar has landed a dream job as a reporter for one of New York’s premier athletic websites. Determined to stop being the safe, boring girl she’s felt like for most of her life, Tamar makes a list of all the things she wants to do and see in her new city, and Getting Over Abraham is priority number one.

But destiny has finally chosen to interfere. Just as Tamar’s decided to move on, Abe’s realized she’s the only woman for him. When he confides the truth, Tamar has to decide if she can put her crush behind her, or take a chance on the very man who’s been holding her back all these years.

Read more about the New York Leopards in
Rush Me
and
Running Back,
available now!

I’m jumping right into it this month because
New York Times
bestselling author Shannon Stacey’s next book in the Kowalski series is out in both digital and print at the end of April.
Taken with You
is the story of girlie-girl librarian, Hailey. She’s easy to get along with, is a small-town girl who loves where she lives, but she also loves nice clothes and fine dining and is looking for a guy who will be there when she comes home at night, and who will dress up and take her out to something a little more upscale than the local diner. It’s also the story of Matt, a hunky forest ranger who loves the outdoors, loves his dog, and is looking for a woman who doesn’t mind his erratic hours, will take a muddy ride on an ATV and won’t kick him out of the house when he walks in covered in dirt. Needless to say, these two opposites attract when Matt moves in next door to Hailey, and their story will take you on a wonderful romantic rollercoaster that will leave you with that happy-book sigh at the end.

If you love the TV show
Scandal
, have I got a new series for you. In Emma Barry’s Washington, D.C.-set, politically charged
Special Interests
, a shy labor organizer and an arrogant congressional aide clash over the federal budget but find love the more difficult negotiation.

April also brings a week of sports-related romance releases at Carina Press and we have six fantastic, very different contemporary sports romances being added to our already fantastic sports romance lineup. Allison Parr’s
Imaginary Lines
continues her new adult series. Tamar fell hopelessly in love with Abraham Krasner at age twelve, but knew he’d never see her as more than the girl next door—until years later, she gets a sports journalist position covering the NFL team Abe plays for...

Author Michele Mannon follows up
Knock Out
with
Tap Out
. Underwear model and playboy extraordinaire Caden Kelly will let nothing stop his come-back as an MMA fighter, especially a red-headed busy-bodied reporter hell bent on ruining his shot at a title. Meanwhile, Kat Latham writes the London Legends series about the world’s hottest rugby team. Book two,
Playing It Close
, features the team captain and a scandalous woman with whom he spent one passionate night and never thought he’d see again—until she turns out to be his team’s newest sponsor.

Kate Willoughby brings the on-the-ice action when a hunky hockey player falls helmet over skates for a nurse, but has to convince her he’s not the typical different-puck-bunny-every-day athlete in
On the Surface
. In a much more warmer-weather sport, professional tennis player Regan Hunter’s temper is as notorious as her unstoppable serve, but love and ambition will go head-to-head when she meets former player-turned-coach Ben Percy. Check out
Love in Straight Sets
by Rebecca Crowley.

And because we can’t leave out America’s favorite sport, Rhonda Shaw’s
The Ace
brings us a sexy baseball romance in a follow-up to her debut,
The Changeup
. “Love ’em and leave ‘em” is real estate agent Karen Bently’s motto—that is until her longtime crush, ace pitcher Jerry Smutton, sets her in his sights and offers her a proposal she can’t resist.

But it’s not all contemporary romance all the time in April. We have an eclectic selection of books from a lineup of talented authors (as always, right?). R.L. Naquin is back with her popular Monster Haven series. If you haven’t checked out this fun, sometimes zany, but always adorable series, look for book one,
Monster in My Closet
, at all of our retail digital partners. This month’s installment,
Golem in My Glovebox
, finds crazy shenanigans mix with a gruesome, cross-country trail of clues, as Zoey and Riley attempt to save the rest of the country’s Aegises—and ultimately, Zoey’s lost mother.

PJ Schnyder is wrapping up her London Undead trilogy with
Survive to Dawn
, in which werewolf and pack medic, Danny, must choose between his Alpha’s orders and the human witch who might have the cure to the zombie plague. And in the second installment of the Once Upon a Red World science fiction romance saga from Jael Wye, the tale of Jack and the Beanstalk unfolds on a devastated Earth 300 years in the future in
Ladder to the Red Star
.

A.J. Larrieu debuts with her first full-length paranormal romance novel,
Twisted Miracles
. A reluctant telekinetic is drawn back to New Orleans’ supernatural underworld when her friend goes missing, but once she’s there, she finds her powers—and her attraction to the sexy ex-boyfriend who trained her—are stronger than ever. Talented fantasy author Angela Highland is back with Rebels of Adalonia book two in her epic fantasy
Vengeance of the Hunter
. As rebellion ignites across Adalonia, the healer Faanshi must save both the Hawk Kestar Vaarsen and the assassin Julian—the one from magical annihilation at the hands of his Church, and the other from a path of revenge.

For mystery fans, we welcome author Delynn Royer to Carina Press with her book,
It Had to Be You
. An ambitious tabloid reporter stumbles upon the story of her career when she joins up with a jaded homicide detective to solve the Central Park murder of a notorious bootlegger in 1920s Manhattan.

Rounding out the April lineup is a book for all Regency historical romance fans. Wendy Soliman’s Forsters series wraps up with
Romancing the Runaway
. When Miranda and Gabe discover her childhood home has been stripped of all its valuables, Gabe uncovers more to the old house than either of them had imagined. And with Gabe’s safety hanging in the balance, Miranda is prepared to make the ultimate sacrifice...

I’m confident you’ll find something to love among these books and I hope we provide you with many hours of reading enjoyment and escape from the neverending dishes!

Here’s wishing you a wonderful month of books you love, remember and recommend.

This book was written with the help of good friends and good food. Thanks to everyone who brainstormed with me over brunch, who plotted over drinks and who workshopped ideas as we ate funky ice cream. And thanks to my editor Angela James, and the whole team at Carina for all their hard work. This couldn’t have happened without any of you.

I splashed cold water on my face before bracing myself on the sink’s edge. Leaning forward, I spoke intently to my reflection. “You can do this.”

Luckily, my reflection didn’t answer, as that would mean I was completely certifiable, instead of just halfway there. My lungs constricted tightly and my entire body jittered, like I’d imbibed four cups of coffee and not a single piece of food. My toes curled as the tingles wound up from my feet to my calves, like barbed ivy that spiked me with adrenaline. Any moment, I might spontaneously combust and turn this tiny bar bathroom into a scene from
Dexter
.

God, I needed to get a hold of myself. I was nineteen years old. Long past time to carpe that diem.

I smoothed concealer over a fading spot and then gloss over my lips. My wild curly hair didn’t resemble Medusa’s as much as usual, which was a plus, and the wraparound sundress I wore was an attractive departure from my usual T-shirt and sweats, even if I felt a little awkward in a skirt. Plus, the red cotton brought out the copper in my curls. When we were sixteen, Abe had told me red really suited me, and I’d worn it when I saw him ever since.

With one last sweep of the mirror, I stepped back out into the smoky bar and walked with slow, measured steps to the table. I just had to keep taking even breaths. I wouldn’t have any difficulties unless I forgot to breathe, which, fine, had been known to happen. Especially in eighth-grade health class, when the teacher discussed the ramifications of smoking. I’d passed out and spent the rest of the period eating saltines in the nurse’s office.

Not that anything like that was about to happen now.

No, I was going to go up to Abe, and confidently, maturely and seductively tell him that I loved him. I’d been gearing up ever since he came home last week for the Draft party, and I was finally ready after five days of sitting on my hands and freaking out. As though some impending pressure sat on my chest like a giant, suffocating, divine cat that said:
This is it.
Now or never.

I’d hopped down to L.A. and crashed with my best friend Gabi. She said the school was so big she never saw Abe, though she heard about him all the time; as the star center linebacker of the UCLA Bruins, he couldn’t avoid being a centerpiece of gossip. I’d once considered following Abe wherever he went for college, but that was before I’d decided that the best way to deal with unrequited love was to try to ignore it. I’d gone to Berkley instead, and never regretted the decision.

But after seeing Abe last week, after realizing that as soon as he turned twenty-one he’d be whisked off to training camp across the country... This actually was my last chance. He was never going to just realize that he loved me, because we were starting completely different lives.

He’d invited me out for dinner as soon as I messaged him that I was coming down for two nights. Abraham had always been good-natured, but after being drafted by the New York Leopards, he’d become positively radiant with happiness and good wishes. What better time to confess how much I loved him?

Unfortunately, as I reached our table, Abe had vanished. Only his football friends remained. I moved up behind them, made awkward and a little shy by these man-boys who hadn’t paid me any attention, and pitched my voice louder than usual. It came out high with nerves. “Hey, where’s Abe?”

In the Blood by Steve Robinson
Carol Ritten Smith by Stubborn Hearts
Dying for Her: A Companion Novel (Dying for a Living Book 3) by Kory M. Shrum
Lit Riffs by Matthew Miele
Armageddon Outta Here - The World of Skulduggery Pleasant by Derek Landy
The Blackmail Baby by Natalie Rivers
Royal Encounter (Russian Royalty) by Quinn, Shelli
Scent of a Woman by Joanne Rock
Push by Eve Silver
Shadows and Strongholds by Elizabeth Chadwick