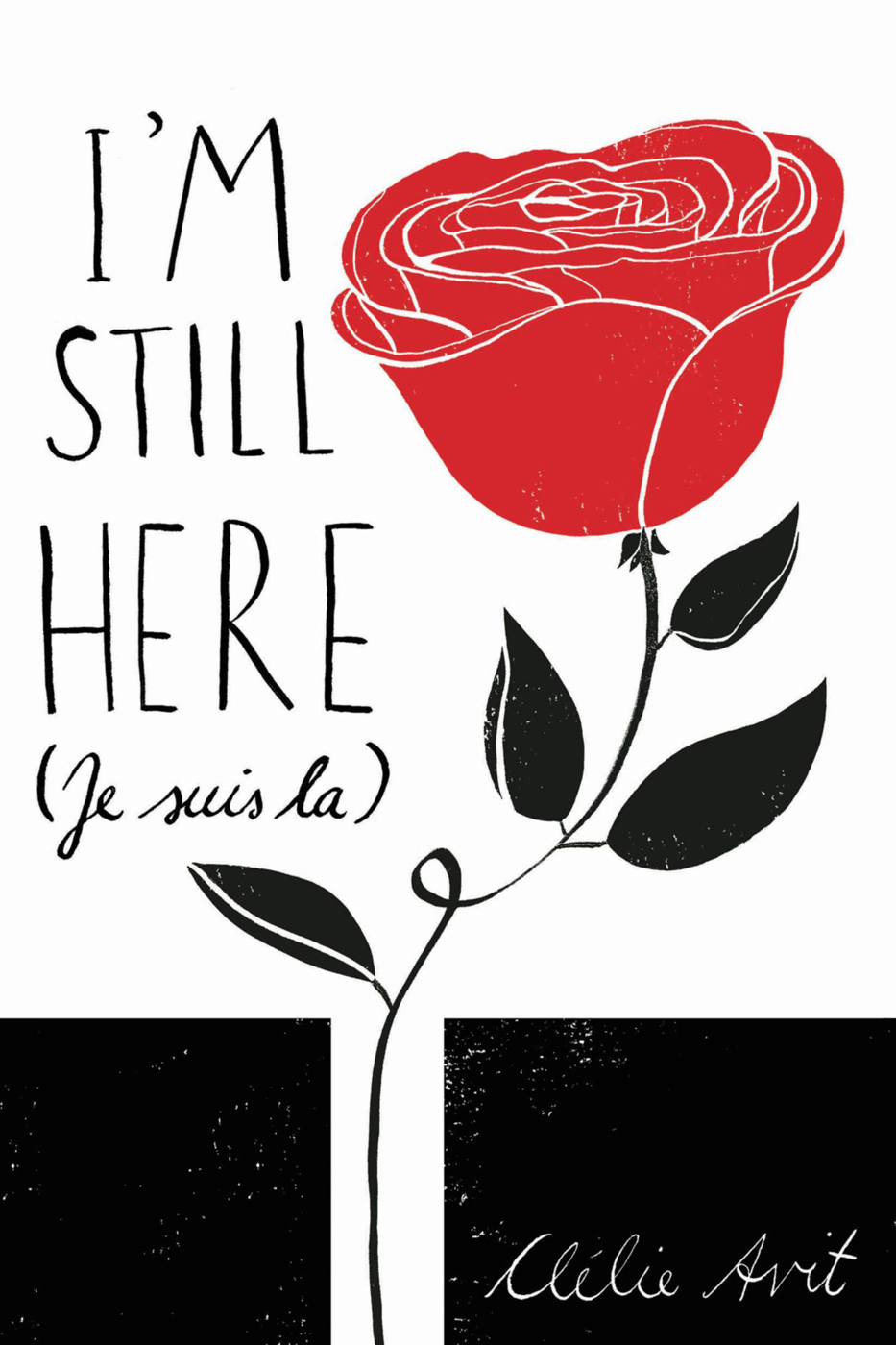 The scanning, uploading, and distribution of this book without permission is a theft of the author's intellectual property. If you would like permission to use material from the book (other than for review purposes), please contact [email protected] Thank you for your support of the author's rights.

To life, and love

I've been in a coma for twenty weeks, so I assume I must be cold, hungry and frightened. Of course if anyone ought to know how I feel it's me, but for now all I can do is imagine.

I know I'm in a coma because I've heard them talking about it, distantly. I started hearing again six weeks ago, if my calculations are correct.

I count whatever I can. Though I've stopped counting the doctor's rounds; he hardly ever comes now. I counted nurses for a while, but they're pretty irregular, too. The simplest thing is to count the cleaning lady's visits, because she comes into my room at about one in the morning every night. I know that because I hear the jangling of the radio that hangs from her cart. I've counted it forty-two times.

Of course I wouldn't expect them to keep putting me through the brain scanner every five minutes. And if the monitor making the “beep” noise beside me doesn't show that my brain is connected to my ears again, then why would they risk switching on such an expensive machine, just in case?

They all think I'm gone. Even my parents have started to let go. My mother doesn't come as often. Apparently my father stopped coming after ten days. Only my little sister comes regularly, every Wednesday, usually accompanied by her boyfriend of the moment.

She's like an overgrown teenager really, Pauline. Twenty-five years old and she still has a new beau almost every week. I wish I could whack her over the head sometimes to bring her to her senses but, as I can't, I just listen to her talk to me.

If there's one piece of advice the doctors love to give visitors, it's: “Talk to her.” Every time I hear one of them say it (true, it happens less these days as they have less and less hope that I'll wake up), I feel like shoving those mint green scrubs down their scrawny necks. I don't know if they're even wearing mint green scrubs, but that's how I imagine them.

I imagine a lot of things.

I have nothing else to do. And, at the prospect of listening to my sister tell me all about her love life again, I sometimes allow my mind to wander. It's not that the details are especially boring, but she does tend to repeat herself. In fact all her stories are the same at the beginning, the same in the middle, and the same again at the end. The only thing that changes really is the guy's name. They're always students, always bikers, and there's always something very obviously dodgy about them. But she still hasn't noticed this, and I haven't told her. If I ever get out of this coma, I promise I'll let her know.

The one good thing about my sister's visits is when she talks to me about where I am. It only takes five minutes, the first five minutes after she comes into my room. She might talk about anythingâthe color of the walls, the weather outside, the cut of the nurses' skirts, the grumpy porter she collided with on her way inâbut she's studying Fine Art, so everything she describes is like hearing a poem of images. But that only lasts a few minutes and then we're off into a romance novel for the next hour.

Today, apparently, it's gray outside and that makes the insipid walls of my room look even more awful than usual. The nurse is wearing a dreary beige skirt, just to cheer everything up. The man of the moment is called Adrien, but I switch off at the mention of his name and don't tune back in until the door has closed behind her.

I've been alone for twenty weeks, though I've only known it for six. Even so, it feels like an eternity. Perhaps it would pass quicker if I spent more time asleep, if my mind would switch off. But I don't like being asleep.

You see I'm actually not sure if I have any power over myself at all. I only seem to be capable of “on” or “off” mode, like an electrical appliance. My mind does pretty much whatever it wants. I'm like a squatter in my own body.

I don't like being asleep, because when I sleep I am somehow even further removed; I'm just a spectator. All these images file past me and I can't escape them in the way you normally would, by waking yourself up, tossing and turning, tangling yourself in the sheets, or even by talking yourself out of it. I can only watch, helpless, as the visions pass, and wait for them to finish.

Every night it's the same dream. Every night I am forced to watch a Technicolor slow-motion replay of the moments that put me here, in this hospital bed. And the worst part is that I know I brought it upon myself. Just me. Me and my
icy passion
, as my father calls it. I'm sure that's why he doesn't come and visit. He must think it's my fault. He's never been able to understand why I love the mountains. He always used to say I'd come to a sticky end up a mountain. So he probably felt as though he'd won some kind of battle when this accident happened. I, on the other hand, don't feel as though I've won or lost anything. I have no feeling at all. I just want to get out of the coma.

I want to feel, really feel, cold, hungry and frightened.

It's amazing what you learn about your body when you're in a coma. For example, the fact that fear is just a chemical reaction. I ought to be terrified every night when I relive my nightmare, but no: I just watch.

I watch myself get up at three in the morning in the chalet dormitory and wake up my climbing buddies. I watch myself half-heartedly eat my breakfast, and hesitate about finishing my cup of tea, not wanting a full bladder out on the glacier. I watch myself methodically pull on each item of clothing, one by one, until I am covered from head to toe. I zip up my windbreaker, put on my gloves, arrange my headlamp and attach my crampons. I watch myself laughing with my friends, who are half asleep like me, but also somehow euphoric with the joy and adrenaline of the climb to come. I watch myself adjust my harness, throw the rope to Steve, and tie my figure-of-eight knot.

I've tied it any number of times.

That morning, I didn't get Steve to check it because he was in the middle of telling a jokeâand it looked fine to me.

But now it's too late to warn myself. So I just watch as I wind the surplus rope onto one hand, taking my ice axe in the other, and set out. I watch myself panting, smiling, shivering, and walking. I walk and walk and walk, and then I walk some more. I advance cautiously. I see myself warning Steve to be careful as we approach the bridge of snow over the crevasse below. I see myself gritting my teeth as I go over the tricky part, and I see myself sigh with relief on the other side, and joke at how easy it was.

And then I see my legs give way under me.

I know the next part by heart. The bridge is just an enormous slab of snow, and I am the only one still left on it. The snow starts to slide, and I go with it. I feel the tug as the rope that joins me and Steve goes taut; we're like twins around an umbilical cord. There is relief at first, and then horror when the rope lengthens a few centimeters. I hear Steve, who is hanging from the ice, holding on with his crampons and ice axe. He shouts instructions, but the snow continues to fall, pressing down on my body. The tension around my waist relaxes, the knot gives way, and I fall.

I don't go far. Two hundred meters, perhaps. But the snow covers me all over. There is a terrible pain in my right leg and my wrists seem to be coming out at odd angles.

I feel as though I am asleep for a few seconds and then I wake up, more alert than I have ever been. My heart beats at top speed. I panic. I try to calm myself but it's difficult; I can't move any part of my body. The pressure is too great.

It's hard to breathe, even though there seems to be a small area of empty space in front of me. I open my mouth a little and, with difficulty, I gather the energy to cough. Saliva drips onto my right cheek. I must be on my side. I close my eyes and try to imagine myself at home in my bed, but it's impossible.

I hear footsteps above me, and Steve. I want to scream out. To tell him that I'm here, just under his feet. I hear other voices, too. Must be the climbers we overtook earlier. I want to blow into my whistle, but that would mean moving my head and I can't. So I wait, frozen, petrified. Gradually the noises fade. I don't know if it's because they get farther away, or because I'm asleep, but everything goes black.

And after that, the only thing I can remember is the voice of the doctor who tells my mother that there are more papers to fill in because they have moved me, “because, you understand Madame, beyond fourteen weeks there is not much the medical team can do.”

It was then that I understood I could only hear. I want to cry but I can't. I haven't even been able to muster the sad feeling you need in order to cry. I don't feel anything. I'm an empty shell.

Or a chrysalis in a rented cocoonâthat's a bit prettier. But I'd really like to hatch and be a butterfly now, because this rented cocoon is also my body.