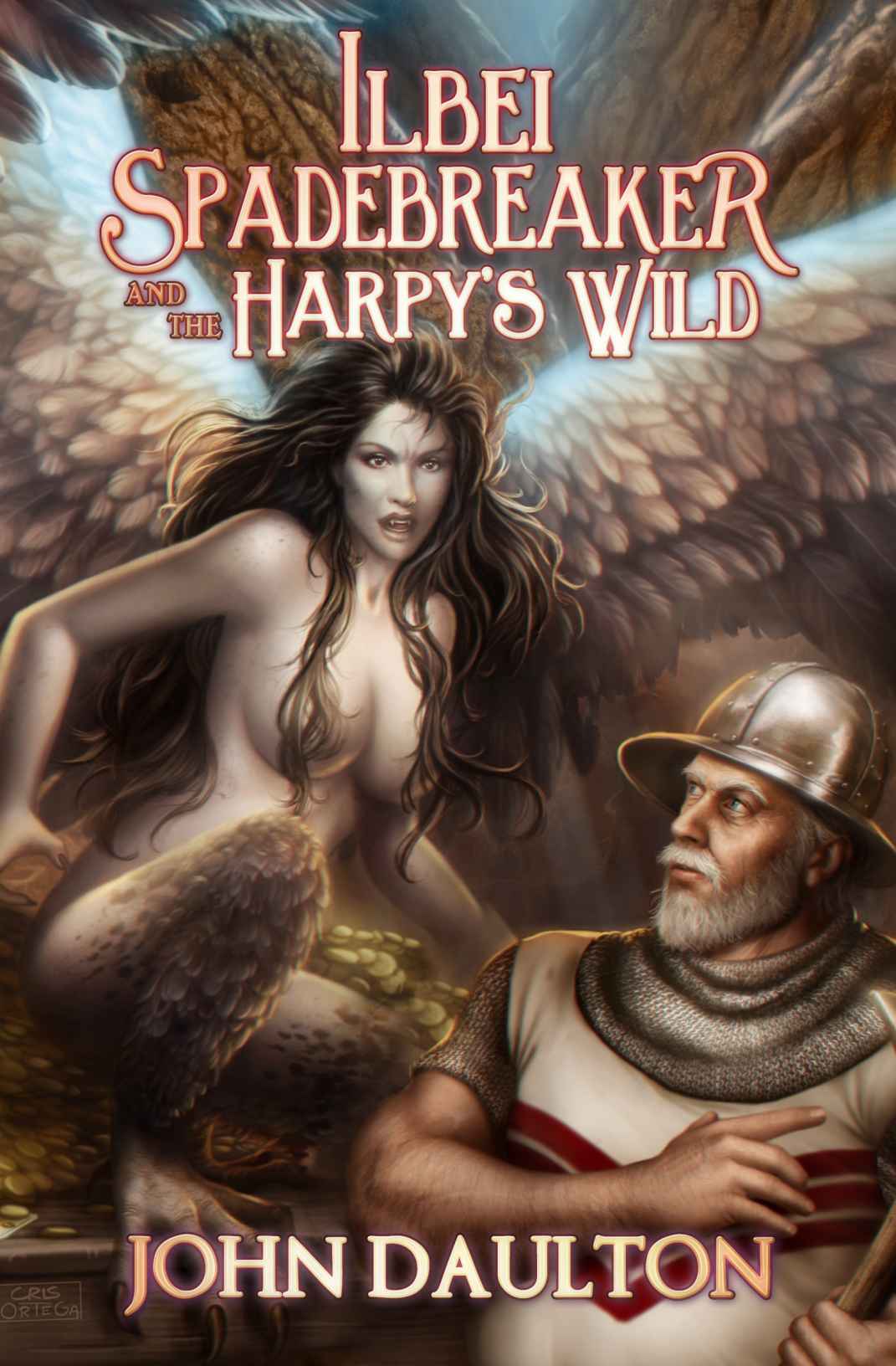 Book 2: Rift in the Races

This is a work of fiction. All characters and events portrayed in this book are fictitious. Any resemblance to real people or events is purely coincidental.

The phrase “The Galactic Mage” is the trademark of
John Daulton.

In loving memory of Uncle Jim. 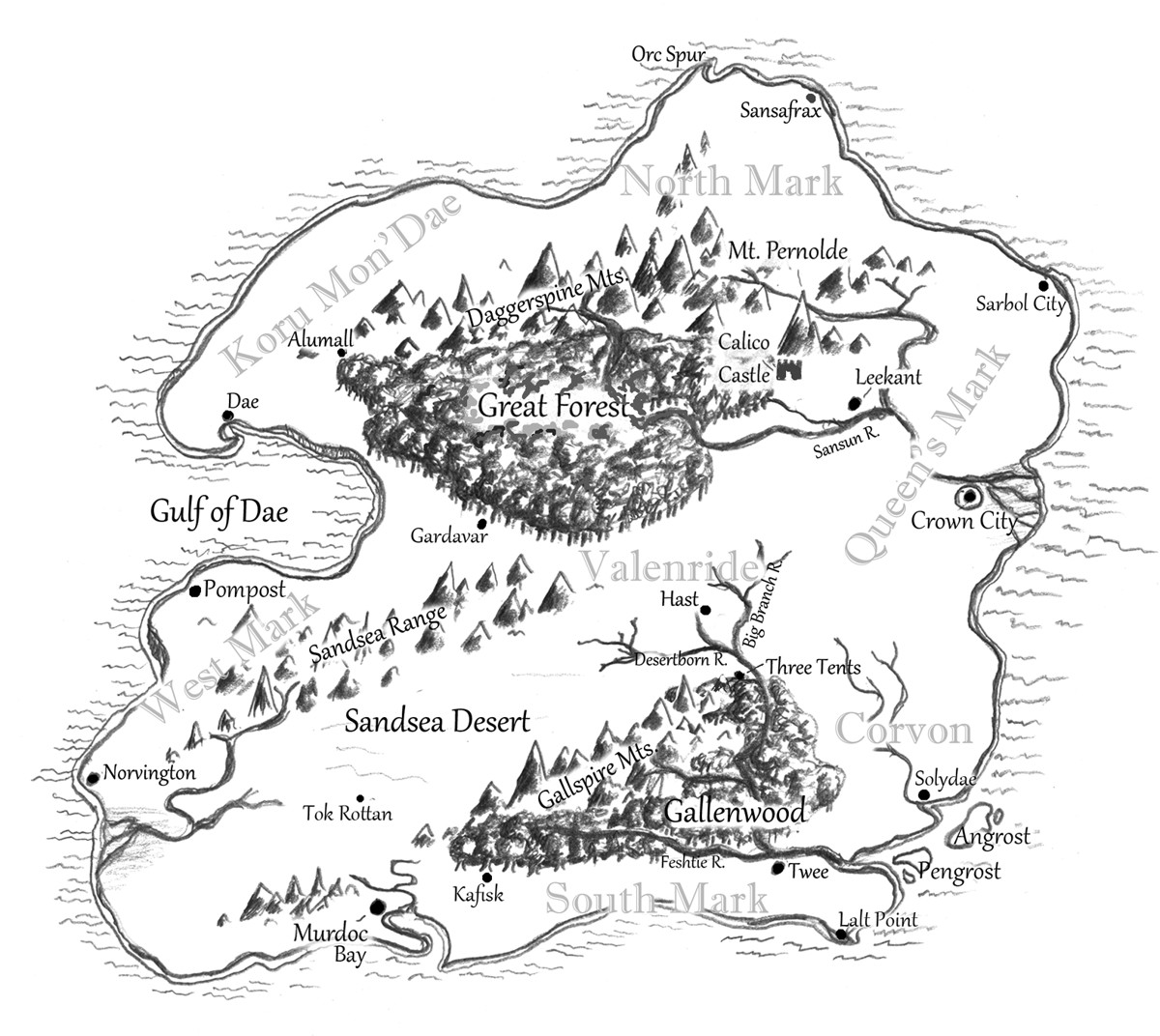 J
asper’s jump was terrible. Less than a pace and a half of water separated the riverbank from the weathered gray planks of the raft, and yet the misaligned mage missed that craft by as far as he would have had he been trying to jump the whole river. He’d given it a go, of course, and he flung himself forward headlong, fully committed, his frail body parallel to the water and already falling short before his feet left the mud. He soared—if such failure might be so described—for less than a moment, achieving an altitude so scant that his toes dragged the surface, arresting what little momentum he had and dooming his launch. He reached for the raft, head up, eyes wide, mouth wider. His face hit the planks with a thud, and his hands clapped two drumbeats on the wood. His skull rebounded, throwing him backward, where he slid into the water, the last things visible his pale palms, held up as if he’d surrendered to indignity. And, of course, Kaige and Meggins laughed.

Sergeant Ilbei Spadebreaker saw it happen and harrumphed, then bent at the waist to shrug off his chainmail. He was a muscular fellow, broad across the shoulders, extremely so, and, admittedly, broad across the belly—though that was a different sort of girth, which he blamed on alehouses and eateries. But despite his bulk, the heavy rings came off easily, being a practiced exercise, and they slid over his head and down his powerful arms with a metallic hiss, pouring onto the riverbank like a slurry of silver coins. He straightened and quickly undid the brass buckle that held his weapons belt in place beneath his rounded middle. It fell to the grass, and a moment after, he was in the water, his dive timed neatly with Jasper’s place in the current so that the scrawny sorcerer was just tumbling by.

The water was dark and gray, the silt stirred up and cloudy, churning with the confluence of two tributaries whose flow was only marginally diminished by the late summer sun. Ilbei dove under and looked around for the washed-away wizard. He saw the flash of a white leg, the angle of a foot flitting by. He reached for it, grasping the boney shin in a grip made powerful by a life of soldiering and toil. He hauled the young wizard to him, and then, with a few strokes and a few kicks, he got them both back to the riverbank.

The mud was slick and the grass slicker, but with some effort, Ilbei crawled up the bank, dragging his catch behind him like a wet sack of sticks. Once Jasper was out of the river, Ilbei turned back, shaking his head at what he saw. The exposed body of the mage was barely more than bones rattling beneath pale skin, as white as the belly of a frog. He wondered how a kid like that got through boot camp at all, knowing even as he thought it that it didn’t matter how, since the mages always made it through. They had to. The Queen’s law, and that was that. Every platoon got a wizard, whether they wanted one or not, and no matter what the magician could or couldn’t do. So Jasper was Ilbei’s new wizard.

Ilbei watched the sodden sorcerer lying there and let go a long breath. They hadn’t even started the mission yet. But at least the skinny kid was still breathing. “Get up,” Ilbei said. “Ya ain’t dead yet.”

Jasper sat up, the wet cloth of his robes clinging to him and revealing the wicker cage of his body beneath. His hood had somehow got up over his head, and it lay upon his face, looking as if molded from dark blue phyllo dough. Through it, Ilbei could see the movements of the magician’s eyes as he blinked and tried to get his bearings. He expected young Jasper to cry out, but the wizard did not. Instead, he peeled the wet fabric away and stared up at Ilbei, bewilderment upon him like a pox. “I was certain I had planned that jump correctly. I hardly understand why it didn’t work.” His voice broke some as he spoke, a pubescent warble, though Ilbei knew he had to be in his late teens or early twenties. The army wouldn’t take them any younger than that.

“Well,” said Ilbei, reaching a hand down to help the fellow up, “from where I sat, didn’t look like ya planned it at all. I seen box turtles jump farther’n that.”

Jasper regarded Ilbei’s hand suspended in the space above him, contemplation creasing his countenance as he considered what Ilbei had said. A moment after, he looked up and remarked, “Well that can’t be true. Not even the Solbax-Ferrund box turtles in the southern marshes of Dae can jump that far, and they have the best skeletal structure for it. While it is possible that, in a state of agitation, they might manage some marginal degree of lift, it couldn’t possibly be considered a ju—”

Ilbei cut him off by bending down and lifting him to his feet, gripping him by both shoulders and standing him up as easily as if he were a child. He did it so quickly, and with such easy strength, that the didactic spell caster simply blinked at him, his mouth still open but silent, the word he’d been shaping abandoned. “Listen, son,” said Ilbei. “I don’t need no stories about no jumpin turtles from Dae. What I need is fer ya to pay attention and do what you’re told. I don’t know why they keep sendin you magic fellers out here, when ya ain’t fit fer campin out back a’ yer parents’ house—much less ridin down bandits in minin camps—but if’n ya got any ideas about goin home when yer time is done, ya better straighten up quick.”

“I was only trying to point out—”

“Son, just plug up that there gob of yers and get on with another run at the raft.”

Jasper swiveled his head and looked forlornly at the raft, upon which sat the rest of the squad amongst a few crates and bags of gear, all three of them bent by laughter. The largest of them, a giant of a man named Kaige, had fallen to the planks, struck down by the hilarity of Jasper’s folly and at risk of rolling right off into the river. Their guffaws mixed with the giggling of the current, and Ilbei reckoned that in Jasper’s ears it must have seemed as if the whole world laughed at him. The movement of the wizard’s shoulders beneath the sagging drape of his robes set Ilbei’s head to shaking once again.

“Them fellers ain’t gonna take ya serious till ya straighten up,” Ilbei said, low enough that only Jasper could hear, and not without a note of sympathy. The endless tendency of the army to send these young wizards out so unprepared, year after year, had given Ilbei some degree of empathy for the lads. Some of these fellows simply weren’t cut out to be outdoors. Doting, proud mothers and coddled upbringings didn’t prepare young mages for army life—or any life worth much, as Ilbei could figure it. “Now get over there and give yerself three or four steps to get goin first. And aim for the middle of the raft, not the edge.”

“But they’re in the middle of the raft,” Jasper said. “I will collide with them.”

“They’ll keep ya from runnin off the other side when ya get there, so just do it. I ain’t here to steer ya wrong.”

The young wizard looked Ilbei in the eye, having to tip his head down to do it, as Ilbei was a hand and a half shorter than the mage, but he nodded that he would try. He strode purposefully back up the bank to where the raft was tethered to a stake and once more contemplated the trajectory required.

Ilbei watched him evaluating the distance, the wizard’s brows furrowed, his eyes narrow. The old sergeant had to resist the temptation to go haul the raft back to the shore and spare him the trouble. If he did it for him, the rest of the men would never give Jasper any respect, and worse, their teasing would make a tough road even tougher, at least for a while. “Go on,” he said. “We ain’t got forever to get this here mission done.”

Jasper backed up the bank four long strides, then hoisted his soggy robes up above his knees and ran for it full tilt. He hit the edge of the water, made his leap, and out went his foot, sliding sideways in the mud. He piled left ear first into the water with a smack and rolled the rest of the way in like a corpse. Fortunately, he managed to grab onto a thick tuft of watergrass, preventing him from being carried out into the swifter currents, and Ilbei had time to get to him and drag him out and up the bank again.

The boys on the raft were, of course, aflame with hilarity, and this time Kaige’s great muscled mass did roll off, right into the water with a splash.

“By Hestra, you’re a sorry sort of athlete if’n I ever saw one,” Ilbei said as he stared down at the flummoxed Jasper lying at his feet. “Worst ever, and I seen a few.”

“Well I never said I was an athlete.” Jasper made no move to regain his feet. He lay back in the grass, wearily content to stare up into the warm summer sky. “Frankly, I think it’s ridiculous that I am forced to waste two years of my life in the service of barbarity anyway. I have no more interest in taming the wilds than I do in purging the kingdom of Her Majesty’s enemies. Clearly, we both agree that I am not suited for this kind of activity.”

“I expect the two of us won’t never agree on anythin as much as that there,” Ilbei said, once again hoisting the soggy sorcerer to his feet. “But you’re here now, and ya do have to get on that damn raft. So get to it. I’m gonna give ya another crack at it on yer own before I’ll sell ya out to them laughin devils there and let em figure how to get ya aboard as they please. Now, let her fly this time—that is, unless ya think ya can haul that thing to shore yerself, against the current and them boys a-layin there no less.”