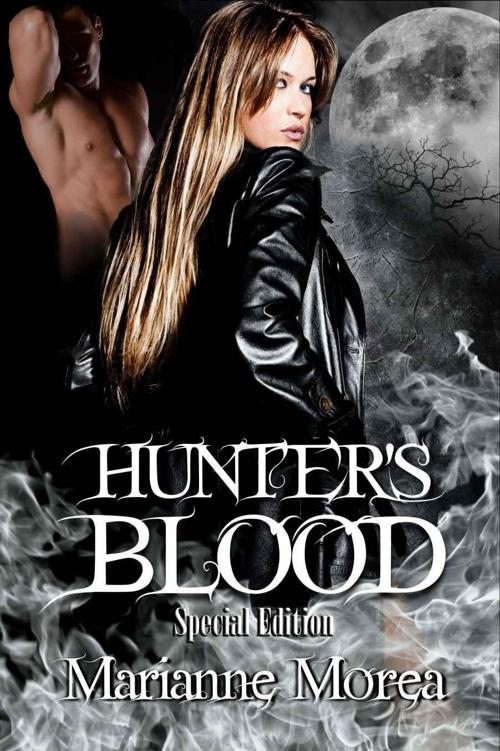 This
is a work of fiction. Names, characters, places, and incidents are products of
the author’s imagination or are used factiously and are not to be construed as
real. Any resemblance to actual events, locations, organizations, or persons,
living or dead, is entirely coincidental.

All
rights reserved, including the right to reproduce this book or portions of
thereof in any form whatsoever without written permission.

Printed in the
USA

“
L
ily! Lily wake
up! Your’re having a nightmare… Lily!”
If there were ever a time when Terry
Hess missed her human body, it was now. She lifted her translucent hand to
Lily’s shoulder and tried to wake her, but only managed to raise goose bumps
instead.

“Lily Ellen Saburi!” s
he shouted at
the top of her lungs, grateful her psychic friend was the

Lily sat straight up in bed, her hand
gripping the .45 Caliber pistol she had tucked under her pillow. Her eyes flew
around the room, disoriented. Drenched in a cold sweat, she leveled the gun at
shadows, her surroundings slowly becoming more familiar.

“
Jesus
! Will you put that thing
down before you hurt yourself? With the way you’re swinging it around, I ought
to be happy people can’t die twice!”

Exhausted, Lily slumped back against
the headboard. She hadn’t slept much in the past couple of weeks. Two weeks to
be exact. That’s all it had been since Terry died, and it wasn’t too long
afterward that she had showed up in her new ethereal form.

Lily exhaled, placing her gun on the
nightstand and taking a cigarette from the pack next to the cheap lamp bolted
to the pressed wood. She stuck it between her lips and lit it, blowing smoke
into the already musty air. The room was dim, the ambient light from the
motel’s neon vacancy sign its only illumination.

“I wish you wouldn’t do that,” Terry
said from across the room.

“Which? Smoke, or wake up screaming
from nightmares haunting me since the night you were murdered? Take your pick.”

“Neither, but you don’t have to be so
bitchy about it.”

“
Hmmmff
. What time is it?” Lily
asked, squinting at the clock radio adjacent to her gun.

Throwing her legs over the side of the
bed, Lily stretched. “Time to get moving.” With a wink, she took one last drag
of her cigarette before stubbing it out in the half-filled ashtray. “It’s
almost witching hour.”

She padded barefoot into the bathroom
and snapped on the light. Its harsh fluorescent glare made her lack of sleep
all the more obvious, and she grimaced at her own reflection. The water in the
tap was cold, but she splashed her face anyway, despite the gooseflesh that
spread across arms. Lily looked up, droplets dripping from her chin to her
chest, only to see Terry’s translucent form staring back at her from the
mirror.

“Don’t do this tonight, Lily. This
isn’t who you are.”

Lily grabbed a towel from the wire
rack above the sink and patted her face dry. “Yeah, well, maybe that was true
two weeks ago, but not anymore.”

She dropped the towel onto the edge of
the sink and walked out, leaving the bathroom light on as she headed over to
the small round table in the corner of the room. On top, there was enough
weaponry to outfit a small army.

“Shut up, Terry. This isn’t your
concern,” she answered, not even bothering to look up as she loaded another
clip into the magazine of her gun.

“It certainly
is
my concern!
You’re
my concern! Lily, for Christ’s sake, revenge is not the answer!”

Lily’s lip curled. “Yeah, but it feels
fucking great,” she shot back, but quickly lost her satisfied smile when she
saw tears glistening like diamonds on her friend’s cheek. Terry was crying.

Momentarily stunned, Lily didn’t
realize shades could cry.
Great, one more thing my psychic ability failed to
pick up on.

With a sigh, she put the gun down and
walked around the bed to where her friend sat—well sort of sat—on the edge of
the dresser. “Terry, don’t.”

Lily reached out toward her friend but
then shoved her hands into her pockets. She wanted to hug Terry, tell her it
would be okay, but couldn’t. Her hand would just pass right through her like
mist.

At the impotent feeling, her anger
bubbled to the surface again, fresh. It was fathomless, and every time she
thought of what happened, it crashed through her thin veneer of calm, flooding
her with bitterness. Pressing her lips together, she fisted her hands inside
her black leather jeans, steeling herself against the onslaught.

“Lil, you’ve got to stop this. It’s
not going to do either of us any good. What’s done is done. What, you want to
get yourself killed so you can join me? I’m a shade because I chose to stay on
this plane, even though my time here is done. I’ve made my peace with what
happened. Why can’t you? You’re the only reason I’m choosing to stay
earthbound. You need to get past all this hate and resentment, for both of us.”

She didn’t say a word, but sat on the
edge of the bed and continued to pack her weapons. She could hear Terry’s
frustrated sigh behind her but said nothing.

“I’ve watched your guilt, and your
anger eat at you, driving you crazy since I died. I convinced myself that it
too would pass. Never in a million years did I think you were serious about
this revenge ride you’ve been on—that is until you started your little practice
runs.
Christ,
Lily
! You tracked another vampire last night! What
are you looking to do, become a vigilante against the
entire
supernatural world?”

It amazed Lily how easy it was to
recognize supes now that she was attuned to them. She had spotted the vampire
last night as it tracked potential prey in Grand Central.

As much as she hated to give them
credit, the bloodsuckers were patient hunters, but then again so was she.

She watched the supe focus on a
solitary male as he headed unsuspectingly out the Forty Second Street exit. But
wasn’t until its potential victim crossed Fifth Avenue
,
and past the
darkened entrance to Bryant Park, that it attacked.

Stepping out of the shadows, Lily
pointed her gun at the vampire’s head. “Hungry tonight?” she taunted. The
fanged creature jerked its head in her direction and hissed, baring its fangs.

What sounded like a half-swallowed
whimper sprang from its intended victim followed by the pungent smell of urine
as the terrified guy stood there too scared to move.

“Now would be a good time to run,” she
said not taking her eyes off the vampire. Reading the creature’s fury and its
thirst, Lily knew it was going to strike. With its fangs dripping saliva, the
vampire lunged, its clawed hands reaching for her throat but Lily was ready.

She swung her crossbow out from under
her duster and shot the bloodsucker point blank in the chest with a wooden
arrow. It didn’t even see it coming.

“Well at least this kill didn’t make
the papers,” Terry grumbled, her voice an aggravated sigh.

“Vampires are already dead, Terry,
they just turn to ash when you stake them. There wouldn’t be anything left for
the papers to report. Then again, remember the naked guy they found in Central Park
near the fountain? He had been shot in the head, right?” She arched an eyebrow
for effect. Tagging the werewolf had been a hard chase, but worth it.

“Lily, please tell me that wasn’t you,
because I’m seriously starting to get scared. I convinced myself this was just
one of your knee-jerk reactions, like in high school when you spray painted
phallic symbols all over Chris Crowley’s car for cheating on you senior year.
At least then, no one got hurt! And it kills me that it doesn’t bother you in
the slightest you took those lives—that you plan on taking more.”

Lily stiffened at Terry’s choice of
words. “I don’t understand why this is so hard for you! And in case you forgot,
it was a werewolf that killed you Terry, not me.”

She couldn’t face her friend. Squeezing
her eyes shut, Lily swallowed hard against the guilt that bit into her gut. All
she wanted to do was scream or cry, anything that would drown out the little
voice in her head chanting,
your fault…all your fault.

Tightening her jaw, she turned, forcing
herself to meet Terry’s translucent eyes. “Every one of the supes I hunted was
out to take a human life. I was in their psyches, Terry. I saw their intents.
Whether you want to admit it or not, my actions saved a few innocent lives.”

Except for the one that mattered,
the little
voice countered.

“But what about innocent supes?”

Lily snorted. “Don't hold your breath,
but I’ll let you know if I come across one.”

“So now you've dragged us back to
Maine in the hopes of what? Finding this one particular supe? And just how do
you propose to locate this creature or are you planning to use yourself as live
bait?”

“I’ve sensed it in this area for a
week, and managed to narrow its trail to a stretch of woods not far from here.”

“That’s even if it’s still around. It
might even be dead,” Terry said running her hands through her hair causing it
to glitter as it floated back into place.

“It’s not dead. I’d sense it—come on,
Terry, even you’d sense it. I’m going, regardless of what you say. All my
practice runs as you call them, have been nothing more than a prequel to this.
I will kill the creature that took your life or die trying. So would you please
stop nagging me?”

The Chamber by John Grisham
THIEF: Part 1 by Kimberly Malone
The Pride of the Peacock by Victoria Holt
Gently Floating by Hunter Alan
One Night in A Bar by Louisa Masters
Last Exit to Brooklyn by Hubert Selby Jr.
The Mistress of His Manor by Catherine George
Awake by Natasha Preston
The Perfect Gift by Kathleen Brooks
Alien Contact by Marty Halpern