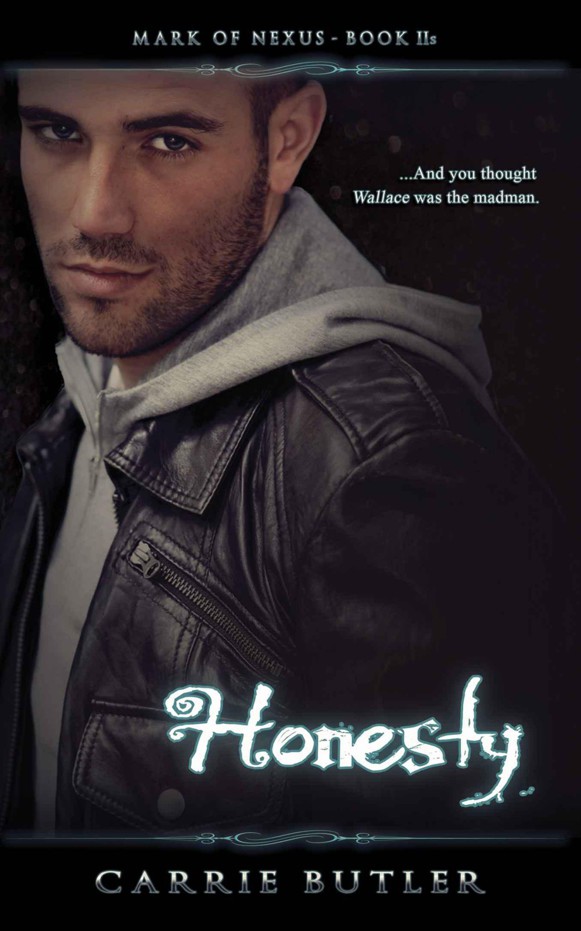 All rights reserved. Except as permitted under the U.S. Copyright Act of 1976, no part of this publication may be reproduced, distributed, or transmitted in any form or by any means, or stored in a database or retrieval system, without prior permission of the author.

This is a work of fiction. Names, characters, brands, places, and events are either a product of the author’s imagination or used fictitiously. Any similarity to real persons, living or dead, is coincidental and not intended by the author.

First, a shout-out to God. Without Him, none of this would have been possible.
(Sorry about the language in this one. Cole is a wild card.)

My parents, who are the coolest people I know; my sister and bro-in-law, who are moderately cool but need to watch Firefly; my nephew, who’s a clever young comic writer; my niece, who has great dance moves for a one-year-old; and the rest of my family and friends who continue to lend their support.

Dave Taylor, who continues to fight the beast; Melissa Maygrove, whom we know as the Goddess of Grammar; Laura Callahan Tom, whom we know as Hawkeye McProofer; Lisa Regan, whose books you should buy; and Jovon “Junkpuncher” Tucker and Antonietta Nette Silveira, who beta read for me.

And last, but not least, high fives to the blogging community, my NA Alley family, the #NALitChat crew, and you!

If people knew I like to start my mornings with music, a cig, and bare-assed yoga, it’d probably hurt my street cred—not that my cred isn’t masked in the anonymity of being a badass urban legend, but still. There’d be chatter.

Oh well. If you can’t enjoy your body at twenty-three, when can you enjoy it? I pushed myself to my feet and rolled my shoulders, trying to work out a kink in my neck. The landline let out an obnoxious trill from the kitchen, but I ignored it. If it was someone important, they’d call my cell.

After a few rings, the answering machine instructed the caller to screw off in the nicest way possible, but they stayed on the line.
Persistent little shit.
I flicked a few ashes into my tray.

“Hi, Nicholas. This is Lacey from Dr. Ferrell’s office. We missed you yesterday. If the timing of your weekly appointment has become inconvenient, just give me a call and we’ll—”
Beep
!

I smirked, took a slow drag, and then erased the message from my brain. Just because Grandma had made me promise to see a shrink didn’t mean I had to show up for
every
damn appointment. I mean, for cryin’ out loud, it’s the same thing every week.

Doctor chick smiles at me. I undress her with my eyes. She does some kind of pacifying voodoo. I talk about whatever sounds the most human. It’s a fifty-minute dance around the truth, and then it’s over. What am I supposed to be getting out of it? It’s not like I can actually tell her anything.

By the way, I ran around downtown twice in ten minutes last night—once as a perimeter check and once as a victory lap. Yeah. Turns out, some assclown was breaking into cars near the old theater. Being the concerned citizen that I am, I slammed his head against the window, watched him collapse next to his loot on the sidewalk, and then called the cops from my burner phone.

How’d I manage that, you ask? Well, I actually belong to a race called the Dynari. We possess various gifts that you would probably consider supernatural, and mine just happens to be speed. Not to mention healing. Go ahead. Stab me with your pen. It’s a great party trick.

I rolled my gaze toward the ceiling and shook my head. Yeah, that’d go over really well.

Glowing red numbers cut through the darkness of my bedroom, reminding me I had six minutes to get to work. If I put some clothes on and ran, I could probably make it. Assuming I cared enough to try.

I took a long shower.

At nine forty-three, I rolled up at the office with a pink box. Fun fact—nobody gets mad at the guy who walks in with donuts. It’s like diplomatic immunity.

I shoved my sunglasses back on top of my head, whistled, and dropped the box off at the vacant front desk. Like bloodhounds, two interns popped their heads around the filing cabinets, sniffing the air.

“Have at it,” I told them, gesturing behind me. “But save a few for Tits.”

Tits, being our secretary. He’s about three hundred pounds of happy-go-lucky fluff, and I love him. The big, goofy bastard.

“Is that you, Cole?” Teresa’s voice carried from her office, more strained than usual.

“Nah, it’s the delivery man,” I countered, sauntering around the corner with a smirk. “And I’ve got a package for you.”

She tunneled her fingers back through perfectly styled hair—screwing with the facade that adorned a hundred realty signs in Columbus. “Close the door.”

Shit.
I tugged the doorknob behind me and slouched into a chair across from her desk. “What’s the matter, boss lady?”

“I’m going to tell you something,” she began, blowing out a steady breath. “And you’re not going to like it, but I hope you’ll understand.”

It was as if someone had forced my mouth open and poured sand down my throat. My gaze darted to her stomach before meeting her worried brown eyes. “You’re not…”

“Not…?” It was her turn to look puzzled. A second or two passed before she jerked upright in her seat. “What? No, of course not. Are you kidding me?”

I blew out a lungful of air and rubbed my forehead. We’d only slept together a few times, stopping after I decided to blackmail her about the affair for job security, but maybe my super swimme—

She fiddled with her ink pen, thrusting it in and out of its expensive cap. “I received a phone call this morning. It seems I did get that promotion after all. It took so long to hear back from them, because they’ve decided to base the position out of our home office in Cleveland.”

“So, I’ll be transferring in three weeks,” she went on, breaking eye contact. “Steven Novick will take over the Columbus branch, once I’m gone.”

“Steve No-dick?” Heat scorched up my neck and down my arms. “You’re leaving us with that assweasel?”

Her nostrils flared as she eyed the wall, like he would overhear us. “Cole, please.”

A surge of phantom momentum pushed me out of my seat and sent me pacing. “This is ridiculous. You’re making plenty of money here.”

“It’s not just about the money.” She softened her voice—the way she always did when she was trying to get me to calm down. “My husband has family in Shaker Heights and—”

“Oh my God.” I grasped at my head, the same way I’d seen my brother do a thousand times. “Now
he
factors into the equation?”

“I love him,” she hissed between clenched teeth. “You know that. What you and I had together was…it was a mistake. I was at a low point, and you—”

Red stained her taut features, though she tried to mask it by straightening her pearls. “Listen to me. I knew this would be a difficult transition for you. That’s why I told you early. I want you to have time to make peace with it.”

“Shit’s sake.” I pressed both palms against the wall and let my head drop. “You basically just told me I’m out of a paycheck. The only thing I need to make peace with is the hole in my wallet.”

“I rammed his Beemer out of my parking spot last year during that snow storm.”

“I stole that tub of greasy black shit he puts in his hair.”

“Did he ever figure out that was you?”

“I rubbed it all over his headlights.” I turned around. “But I swear, ever since that car came back from the shop, it’s got fuckin’ evil eyes. They’re always staring at me when I pull in.”

She collapsed onto her desk with a groan. “I swear, you do this to yourself.”

A minute ticked by in silence as I tried to work out a fix for the situation. We had a good thing going here—not just unreported sexual harassment, but our understanding about flex hours. With all of this ERA shit going on, there was no way I could swing eight hours a day. And as soon as Teresa left, Steve No-dick would be gunning for my job.

I could use scare tactics, but they’re always so messy. The second my back was turned, he’d probably go crying to the police like some little bitch. Then I’d be even
more
limited in my endeavors.

No, either she needed to stay or I—

My eyes widened. “Take me with you.”

“What?” She sat up, mussed, a Post-It note stuck to her face.

“To Cleveland.” I closed the distance between us and snatched the paper off. “Assign me a transfer.”

It was perfect. With Wallace and Rena up north, we’d be able to work together and keep an eye on things. Maybe I could convince Grandma to move in with Henry and Grandpa Edwin.

Teresa shook her head. “I can’t do that.”

“The boss
here
. I have no authority to create another position up north. Besides, with this quarter’s budget—”

“Oh, come on. You could come up with something. Make me your assistant. I’ll shadow Tits for the next three weeks and learn how it’s done.”

“I can take the pay cut, for now. I’ll just have to work my way back up, once we’re there.”

“Of course, I’ll have to find a new apartment and—”

She shoved her chair back and stood, suddenly livid. “I’m trying to tell you I don’t want you there!”

“You’re a part of my life that I want to—no,
need
to—forget. Do you understand me? I’m leaving to better myself, and I’m leaving to get away from
you
.”

She could’ve speared me through the chest and it would’ve been less of a blow. Was she serious? I didn’t give a shit about us being together, but did she really think she was that much above me? That she could just dismiss me by taking another step up the ladder?

I took a deep, steadying breath before I answered. “Get the paperwork started. I’m taking the rest of the day to look for a place up north.”
A.k.a. I’m leaving before I lose my shit.

Her penciled brows formed an angry V. “Didn’t you hear a thing I said?”

“Oh, I heard it.” I lowered my voice, leaning in. “Now why don’t you try hearing me? If you don’t make this thing happen, hubby’s going to find out why you’re so gung-ho on leaving.”

She tightened her lips. “That’s the thing. You can’t hold what happened between us over my head anymore. I’m already gone. Anything you say now will just seem like a pathetic last-ditch effort to keep me here. A desperate lie from a junior agent with a crush.”

“Until he sees the video.”

“The hell we didn’t. I put some of that footage on my highlight reel.”

Her eyes widened and then narrowed in an almost imperceptible flash. “You’re bluffing.”

I shrugged my shoulders and made for the door. “Like I said, I’m taking the rest of the day to look for an apartment. So, I’ll bring you the stills on Monday.”

A glass paperweight flew past my head and exploded against the wall. “You sick son of a bitch, I hate you!”

“Yeah, yeah…you star in one movie and suddenly you’re a diva.”

An inhuman growl sent me retreating to the hallway. She’d reached her breaking point. That was for sure. It was best to leave the argument where it stood.

And besides, I had a blackmail video to invent.