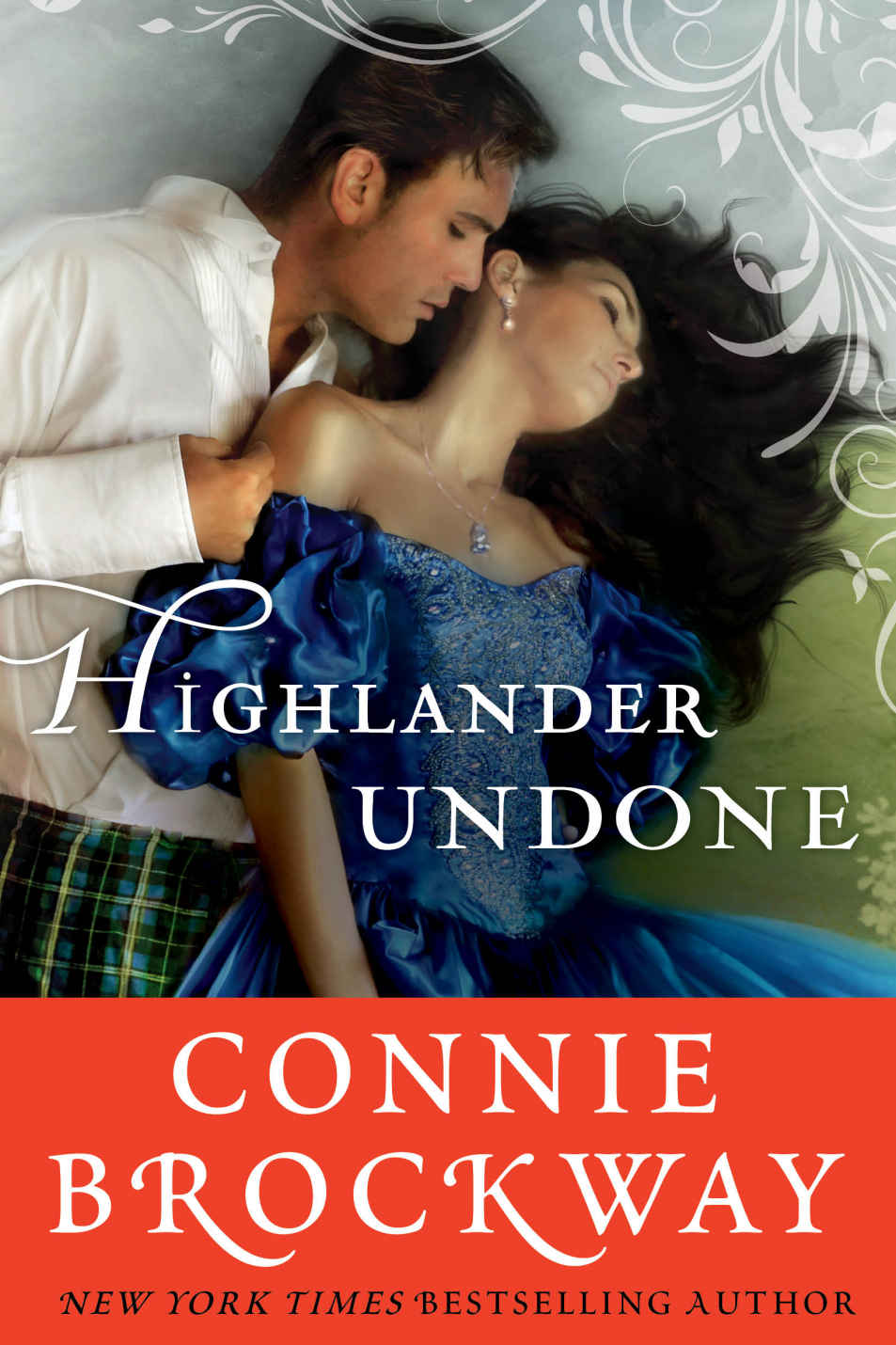 All Through the Night

McClairen’s Isle: The Passionate One

McClairen’s Isle: The Reckless One

McClairen’s Isle: The Ravishing One

Once Upon a Pillow,
with Christina Dodd

The Rose Hunters: My Seduction

The Rose Hunters: My Pleasure

The Rose Hunters: My Surrender

The Lady Most Likely,
with Christina Dodd and Eloisa James

The Other Guy’s Bride

The Lady Most Willing,
with Christina Dodd and Eloisa James

Outlaw Love,
“Heaven with a Gun”

For Cavan with love from the Na’n

H
e had seen dying men before. He was a soldier.

But the man he held now wasn’t one of his men. He was one of the Sikh officers, a man who had either saved Jack’s life by accident or, for some unfathomable reason, chosen to trade his life for Jack’s. Whichever it was didn’t matter. Though his men yelled for him to head for the safety of the
zariba
—the improvised stockade eighty yards away—Jack wasn’t going to leave him to die alone.

So he sat down cross-legged on the hot white sand and cradled the man’s head on his lap, shading the man’s face, keeping him company while the blood drained from the massive mortar wound in his side.

After five years of Foreign Service, Jack no longer knew why his men were bleeding to death beneath this blazing African sky. He no longer knew what the point was, or what the prize. But even though his tenure here had stripped him of a whole universe of illusions, he still understood the price he owed this man and sought to repay it as best he could.

The Sikh, as remote and alien as the landscape they occupied, stared past him. Jack didn’t know what words to murmur, what comfort he could give a man whose culture was so incomprehensible to him. He felt bitterly inadequate, an emotion that had grown all too familiar of late.

“Why?” the man suddenly whispered in Hindi. Though his voice was a harsh rattle, his tone was no more than curious, a rhetorical query expecting no reply.

Carefully, Jack wiped away the bright red foam from the man’s beard. Jack looked away, up and over the littered battlefield.

Most of the Dervish attackers had withdrawn, slipping back across the heat-shimmered sand dunes. In their wake, the dead and wounded lay sprawled like the carelessly abandoned dolls of a spoiled child. Dozens of them.

Jack’s regiment had been returning to the zariba when, without warning, they had been attacked, his men horribly outnumbered by over a thousand Dervishes. It would have been even more of a massacre had not the Sikh regiment, one of the mercenary companies stationed inside the fort, poured from the gates, racing to their aid.

The fighting had been hand to hand, brutal. A bayonet had scraped across Jack’s ribs. A saber had slashed the back of his left thigh. Still, he had managed to remain upright, emptying his rifle a half dozen times into the screaming swarm.

And then, as the tide of the battle turned, Jack’s overheated rifle had jammed. He had been wrenching savagely at the bolt when something careened into him, knocking him to his knees. He regained his feet only to stumble over the Sikh officer who lay bleeding on the sand behind him and realized at once the mortar that should have lodged in his own back had found the Sikh’s chest instead.

A few unintelligible words rasped from the Sikh’s mouth, shaking Jack from his preoccupation. He looked down. The Sikh was still watching him.

“You speak my tongue,” the man said.

“An Englishman speaking Hindi.” The Sikh paused, siphoning air into his lungs. “It is an oddity.”

“I was always good at mimicry,” Jack said, aware of how inconsequential the words were but needing to say something, anything. “Quiet, now. Rest.”

Jack brushed away a fly from near the man’s eye. The Sikh did not appear to notice either the fly or Jack’s gesture, but simply stared up at him.

“I’m sorry,” Jack murmured, uncertain of where the apology came from or why he voiced it. It seemed supremely fatuous.

A series of sharp reports sent puffs of sand exploding a dozen feet away. Jack ignored them. It was only the indiscriminate fire of retreating men discharging their rifles.

“Sorry? I believe you are. Another oddity.” A cough rattled in the man’s chest before he continued in a breathless whisper. “Most of you officers pretend knowledge you do not have, playing the part of all-knowing father and forcing others to the role of children.”

Jack had no reply. He’d always been uncomfortable with the condescending attitudes many of his fellow officers adopted toward their native commands.

“You,” the Sikh panted, “you do not belong here. You do not . . . understand this country. You never will. Not in a thousand lifetimes.”

Not in a million
, thought Jack. Another cough shuddered through the Sikh and more red foam dribbled from his lips.

The man smiled, a gentle smile of rebuke. “For what, Captain? It is most important you listen.” He tried to lift his head from Jack’s lap and failed. “Tell your superiors. They will hear you. This land is not yours to fight for.”

“I’m not fighting for land.”

Scorn surfaced beneath the expression of patient endurance on the Sikh’s dark face. “Why, then?”

“Slavery. A man, any man, deserves to be free. Her Majesty has sent us here to put an end to the slave trade.”

The Sikh was very weak now. The whites of his eyes were turning a matte ivory. Beneath his swarthy complexion an ashen hue bloomed rapidly. “Do you really . . . believe this, Captain?”

Did he? Five years ago—his fervor still fueled by idealism—he had believed it. But, five years ago, he had never seen a native “mutineer” blown to pieces after being tied to the barrel of a cannon, or his own commander “punish” an African city by burning it to the ground.

Three Dervishes broke from cover near the walls of the zariba. They dashed across the open sand, heading out beyond the range of the guns. Jack watched them with little interest, detached, emotionless. The cut in his side chafed painfully against the coarse lining of his jacket. The sun blistered the back of his neck, the salt of his sweat stinging the burnt skin. He’d lost his sun helmet.

“Do you?” insisted the dying man as though it was essential he have Jack’s answer.

Why does
he care?
Jack thought tiredly. “Yes.”

“Captain.” Faint now, a hiss of air—or was it life?—escaped his barely moving lips. “There are many . . . who profit in the human trade. If you seek to end slavery, look at your own people.”

Jack stared, shocked. He couldn’t be understanding the man correctly. “What do you mean?”

General Gordon’s rescue at Khartoum the preceding year had been one day too late. One day. The man’s intimation that the delay had been orchestrated shook Jack to the core, every fiber of his being recoiling from such an accusation. He shook his head. “You’re mistaken.”

Anger briefly animated the Sihk’s features as his fingers tightened on Jack’s sleeve. “I have seen proof . . . I was his batman. He boasted. He showed . . .” He broke off abruptly and a whistling gasp sounded from his lips.

The Sikh stared mutely, his gaze fixing into a stare, his fingers loosening.

He barely managed to shake his head. The faintest of sounds issued from his unmoving lips, “Roy . . . al Dragoons.” Jack leaned forward. The man’s eyes were lifeless.

He eased the Sikh’s head off his lap and rose to his knees. The one thing Jack valued of his years in Africa was a steadfast faith in the integrity of his men and fellow officers.

English officers trafficking in slavery? Sacrificing soldiers’ lives for profit?
His
men’s lives? The idea was unutterably foul. And only an accusation, he reminded himself.

But one he would not put to rest until he had discovered the truth.

Using his rifle as a prop, Jack struggled to his feet. If there was proof, as this man claimed, he would find it. By God, he would.

He stumbled toward the zariba, face fierce with determination.

A shout from the top of the wall reached Jack’s ears an instant before the shrapnel hit him and the brilliant African sun shattered in the sky as darkness embraced him.

Bond of Darkness by Diane Whiteside
Rough Passage to London: A Sea Captain's Tale by Robin Lloyd
Covet by Alison Ryan
Out Of The Smoke by Becca Jameson
From Hide and Horn (A Floating Outfit Book Number 5) by J.T. Edson
The Men from the Boys by William J. Mann
Darkangel (The Witches of Cleopatra Hill) by Christine Pope
Prescribed (The White Coat Series) by Parker, D.D.
3013: GENESIS (3013: The Series Book 11) by Laurie Roma
The Wages of Desire by Stephen Kelly