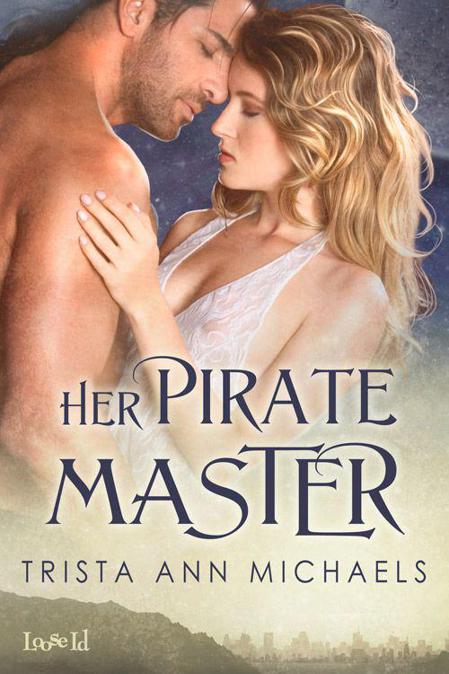 “Damn it!” Haydrien shouted as he threw the cup against the wall.

His chest ached for those crew members on that ship. He’d lost enough this way; he hated losing more.

“Who?” Haydrien asked. His voice cracked under the strain, and he cleared his throat as he turned to face his advisor, Corbin Ness. “Who did it? Who destroyed my ship?”

Corbin jumped at the sound of Haydrien’s roar, and Haydrien felt a slight twinge of regret for scaring the old man. Corbin had been his father’s advisor. When his father died, Haydrien had been left with a dying people and a faltering economy. The war had done a number on all of them.

Haydrien swore under his breath as he began to pace the room. “That captain is becoming a thorn in my side. It’s time I took care of him.”

“He’s a Marcone, my lord. Surely you’re not thinking—”

Haydrien scowled at Corbin over his shoulder. He truly did understand Corbin’s concern, but losing shipments like this couldn’t continue. His people were sick. Haydrien couldn’t afford the meds, so he’d reverted to stealing them. He didn’t have a choice, just like he didn’t have a choice when it came to food. The only reason his people hadn’t starved was because he’d stolen everything they needed to stay alive.

Closing his eyes, Haydrien rotated his head, loosening the kinks in his neck. “I understand your concern, Corbin.”

“Do you?” Corbin walked around so they faced each other. “Haydrien, going after him is suicide. The Marcone family is more powerful than the senate regent. Don’t be foolish. Approach the senate, beg for assistance—”

“We tried that route, remember? It didn’t work. The wait was too long, and the sympathy practically nonexistent. We brought it on ourselves. That’s what they said. That war should’ve never gone on as long as it did, and if Father hadn’t died of old age, the damn thing would still be going on.”

Corbin nodded sadly. “I agree that your father took this too far, but surely there’s something else that can be done. Prowl another sector of the galaxy. Stay away from the main shipping lanes. Avoid Marcone at all costs.”

“What we need is in the main shipping lanes, Corbin. I can’t prowl, as you put it, anywhere else.”

Corbin gave him a stern look Haydrien remembered well from his youth. “Then you will run across him, and heaven help you when you do.”

“I hope to run across him.”

The door to his sparse suite of offices opened, and his first officer, Lear, walked in. “Am I interrupting something?” he asked.

Haydrien shook his head. “No. What is it?”

“The shipment of meds we need has left Rhinari and should be in our area of the shipping lanes within two days. They tried to alter the manifest, but I got a copy of the correct one. There’s more than enough on this shipment to make up for losing the other two. I also used our connections to sabotage the engines. With a ship that size, cunning is more the course here as opposed to brute force.”

Haydrien nodded. “I agree. Now if we can just keep Marcone from raiding our ships and taking it back.”

“Well…” Lear said as he shifted. “That shouldn’t be a problem this time. Seems the captain is piloting the shipment himself.”

Haydrien rubbed his hands together. “Perfect.”

“Would you please explain to me why we’re taking over this bucket of bolts?”

Jack Marcone finished tightening the screw that held the computer panel closed before scooting along the floor and sticking her head out from under the panel.

“Because I want to go home for a little while, and what better way to do that than to agree to take over a shipment of goods to Tilarus? What’s going on, Agnus? You’ve been acting strange all day.”

Agnus ran a hand down his face in what Jack knew to be a show of frustration. He was one of her grandfather’s oldest friends. Jack considered him like a grandfather as well, but sometimes he could be a little overly dramatic.

“I have a bad feeling about this,” he said. “I think we should request an escort before we reach the Lingaran sector.”

“Come on, Agnus. We don’t need an escort,” she said as she climbed from under the counter and set the screwdriver back in the box of tools. “Did you whine this much when my dad and Uncle Sid were working undercover with the rebellion?”

Jack scowled. “Don’t you dare tell me they were boys.” Agnus started to say something, but Jack held up her hand. “I mean it. I’ll send you back to Rhinari, and you can find your own way home.”

With a sigh, Jack leaned her hips against the counter and crossed her arms over her chest. “All right. What?”

“I’ve heard things about this pirate. You know, the one who was responsible for the theft of the last two shipments you rescued.”

She raised an eyebrow. “Rescued?”

“They stole it, and you took it back. From what I understand, it wouldn’t bode well for you if we were captured. He has very…unusual sexual appetites.”

“What does the dear captain’s sexual appetites have to do with anything anyway?”

Agnus growled in agitation as he paced a circle around her. “You’re not taking this seriously.”

“What on earth makes you think he’s even after me?”

“I heard some men talking in the bar the night before we left Rhinari. It seems the good pirate is looking for you.”

Agnus sighed. “You can’t seriously be that flippant about this. What if he finds out you’re on this ship?”

“What would he want with it? The manifest was altered to list things he’s not interested in. Plus my name was left off, leaving the original captain as the one in charge. He would have no reason to even look twice. And if he did, we would handle him.”

“What we, Jack? There’re a grand total of four of us on this ship.”

Jack frowned as she watched Agnus pace back and forth. This rumor really had him upset. Was that why he’d asked to come along? Why he’d left Rhinari days earlier than he’d intended?

“I’m an old man, Jack. I was an old man when I followed your uncle Sidious onto the Prime Minister’s destroyer when he joined the militia. I lied to your grandfather and kept your uncle’s secret of being a mole for the rebellion for years. And I don’t even want to talk about how old your father’s antics made me, breaking into all those damn military complexes to get supplies for the rebels. Now you’re going to finish me off!”

Reaching out, Jack stopped Agnus in his tracks. He was old. Well over two hundred years, but he still had several decades left. She knew he liked to grumble about the men in her family, but she also knew he loved them all. He didn’t have any children. To him, her father and two uncles were his children, and her grandfather, Damon Marcone, his brother.

Agnus pulled away and scowled. “Don’t even.” He pointed a finger at her, and Jack had to suppress a grin. “That smile and doe-eyed look might work with all the other men in your family, but damn it, it will not work with me. I’m serious. We have less than a skeleton crew, flying a ship full of supplies that has no weapons to speak of—”

“It’s a transport ship. It has the bare minimum when it comes to weapons, but we both know that pirate’s ships are old and would be no match even against this relic, and that’s
if
he attacks. I’m not concerned, and you shouldn’t be either.”

“This pirate doesn’t use brute force. He uses cunning, and that’s the most dangerous kind. He’ll attack when we least expect it. Then what?”

“Then we think on our feet.”

Agnus rolled his eyes and walked away. “Think on our feet, she says,” he grumbled. “I swear I don’t know how her father deals with this. She makes me crazy.”

Jack chuckled as Agnus continued his tirade most of the way down the hall. Agnus was a great guy but could be incredibly overprotective, especially with the girls in the family. He’d traveled to Rhinari to see her cousin Miya sing with the Rhinarian opera. Miya’s parents, Mikayla and Sid, had decided to stay behind a few days and visit with her, so Agnus had caught a ride home with Jack. In exchange, he’d agreed to act as her first officer so she could give her real first officer some time off.

She was headed home anyway, so it seemed like a good idea at the time. Now she wasn’t so sure. Agnus was way too worried about this pirate. Had he heard something other than what he was telling her? Sighing, she pushed away from the counter and grabbed the box of tools.

She’d worked hard to prove she was just as good as the men in her family. She’d even adopted her nickname, Jack, instead of using her birth name, Jacquelyn. Jack was better and sounded more like a guy’s. Matter of fact, a lot of people thought she was a guy until they met her in person.

Smiling, she remembered the time she’d had to prove she was who she claimed to be. They’d been so excited to learn they were flying with Captain Jack Marcone, only to be disappointed when they realized that Jack was actually a woman. But she’d shown herself worthy and earned the respect of her crew.

Agnus would learn, just like they had, that she could handle herself.

Jack struggled to decipher the error codes for the now silent engines. This wasn’t good. Floating through space with no power was never a good thing. The temperature inside the ship had already dropped ten degrees. They had maybe three days’ worth of oxygen on board before they all suffocated. Despite being in the main shipping lanes, it could be days before someone ran across them.

The Saint in Trouble by Leslie Charteris
The Reason I Jump by Naoki Higashida
The Battle Lord's Lady by Linda Mooney
ROPED by Eliza Gayle
Sweeter Than All the World by Rudy Wiebe
Outcasts of Velrune by Isaac Crowe
Hunting Daylight (9781101619032) by Maitland, Piper
Shadows of Sherwood by Kekla Magoon
Private Show (The Private Series) by Torella, Danielle
Big Game: Hunted Love #1 by Aden Lowe