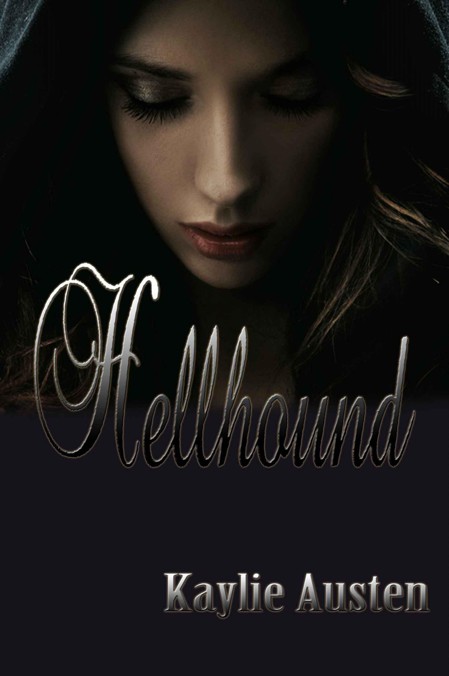 This
is a work of fiction. Names, characters, places, and incidents are products of
the author’s imagination or are used fictitiously and are not to be construed
as real. Any resemblance to actual events, locations, organizations, or person,
living or dead, is entirely coincidental.

All
rights reserved. No part of this book may be used or reproduced in any manner
whatsoever without written permission, except in the case of brief quotations
embodied in articles and reviews.

I didn’t care for the life of an Elder. I didn’t
appreciate their unjust control over our people, their tight grip on tradition,
and their dastardly execution of rebels.

Perhaps this emotion led to rebellion, including my interest
in Demetrius, the Black Angel. Our illicit inclinations could unravel the very
foundation of our clan. The lowly tracker lived out his days in servitude to
our people while I was blood-bound to inherit a throne and marry Nathanial. Our
roads should not have collided.

At first, I didn’t think much of Demetrius. I knew my
worth, and any man in his right mind wanted a woman like me—young, beautiful,
powerful, and in line to ascend to governing power. Unfortunately, I enjoyed
his attention, and soon I realized that I even
liked
him, arrogant
swagger and all.

His haunting whisper crossed the expanse of space
between us in passing. “Selene,” he called out to me in a way only I could
hear.

A strange feeling ignited when our paths crossed.
Everything seemed to slow down, time stood still, and everyone else moved at a
languid pace. I heard his every breath, sensed his heartbeat, and even felt the
vibration of blood that pulsated in his veins through the air. He ignited
primal senses, which I found exceedingly difficult to control.

He smiled, and I knew I was done for.

His brooding and shimmering green eyes penetrated me.
His smile was heavenly, a strong contrast against the dangers which lurked
around him. He had a strong square jaw, concrete, and demanding. Add his
masculine physique of rippling muscles over a tall body, dark powers, and an adamant
personality into the mix, and Demetrius made for one hot and lethal
combination.

What more could a girl like me ask for? I wanted
danger, and he had it. I wanted freedom, and he offered it. I needed someone
who could keep up and push my limits, not corral me into a pre-determined role.

Demetrius entered the elevator just as I reached out
to press the button for subterranean level one, or SL1. He stood beside me and
looked straight ahead, faking noninterest. All right, so I fought emotions over
a guy whom I hadn’t spoken with.

“Sub level one.” His voice was just how I imagined it
to be—low, thick, guttural. I just about melted, but did a fairly decent job at
maintaining my cool.

I pressed the button. We headed to the same floor.
When the door opened, he raised a hand, and I walked out first. He followed.

“I’m Demetrius,” he said from behind me.

As soon as he gathered my interest, I looked into him
to find out who and what he was. Demetrius was a tracker, a being who could
transform into a cloud of smoke and track down a fly with uncanny senses. When our
kind rebelled and fled, or committed a crime, trackers hunted them. Trackers
usually followed their prey from the skies in the guise of night clouds. We
often referred to them as shadow-stalkers.

Although I’d never seen this process, because I did
not possess their abilities, I learned about it during my education. A tracker
began at the crime scene, sniffed out any lingering particles of the accused. Their
eyes turned black. To them, the remaining elements of the target glowed cobalt.
The slightest color danced in the air, remained on objects which had been touched,
and wafted on semi-solid or liquid substances.

Once the tracker picked up the scent, he extended his fangs
to show that the tracker powers were in full control.

I knew Demetrius possessed other abilities, and I was
inclined to find out exactly what they were.

We walked into a busy hallway with shops on either
side. People meandered in and out, spoke about their merchandise, and made
brief eye contact. The shops lacked windows, only had signs. The walls were
smooth marble, etched into designs of the great Greek gods. Small vents
disrupted the smooth surface to allow a cool airflow.

We maneuvered through crowds, around a corner, and
entered the blacksmith’s shop. The air smelled metallic with hints of cinder and
smoke. One of the apprentices cleaned a sword before setting it on display.

I looked around for new weapons, examining and
studying the few set out for display. Usually the blacksmiths took an order and
filled it, but for someone like me, who had no real purpose of owning a weapon,
I merely wasted time in their presence.

Demetrius picked up his dagger. He scrutinized it
before paying the blacksmith, and observed every curve.

He grinned and proudly said, “I could slice a hair in
two with this weapon. The metal blade is strong enough to gut a man within
seconds. Did you know every tracker receives two daggers with the first three
letters of their name engraved on the handle? This is our prized possession.”

Weapons were registered out, and only trackers, archers,
and sentries carried them. I had no idea how to relate to his fixation.

“So what are you looking for?” he inquired.

“I don’t know, just looking. So you’re a tracker?”

“I researched you,” I replied bluntly.

I smirked. “Everyone knows me.”

“Well maybe I know a little more about you than the
average stranger in the clan.”

“What exactly do you know about me?”

“You’re the daughter of the Elders Augustus and
Delphine. You’re destined to take a throne. You live on the fifth floor of the
domicile. You have a bit of a temper, not very approachable with strangers. I
heard you could walk up walls, which I wouldn’t mind witnessing. Your superb
memory extraction skills are legendary, if not terrifying, and... you’re
betrothed.”

I rolled my eyes at that last word. I didn’t want to
tiptoe around the subject of my fiancé, Nathanial, especially if I dared to
succumb to the curiosity about Demetrius. “Excuse me, I’m needed elsewhere.”

He only half-smiled because sub sentries weren’t very
friendly, though Carter was a loyal friend of mine. He hovered over me, so tall
he had to hunch. Dirt smeared the rubbery flesh of his broad frame. He wore a
bronze breastplate over a leather tunic over a narrow waist and rippling
thighs. An iron sword sat in a sheath, which straddled his back. He glistened
with sweat and dirt over mounds of rippling and vein-scattered muscles. Iron
cuffs, used as an accessory, tinkled against each other like bracelets every
time he moved his arms.

“Is my father waiting?”

He led me to the throne room and pushed aside one of
the large gold and silver doors. Thrones lined the far wall, but none of the Elders
sat. They’d gathered around a sacrificial marble slab atop three narrow
pillars.

“We need you to perform the memory retrieval on this
criminal.”

A man in dirty, ragged human clothes struggled on the
cot, tied down by ropes, and held in place by two sub sentries. His muffled
grunts filled the gaps between those who spoke to one another.

“What were his crimes?” I asked.

“You don’t ask questions, you only obey,” Elder
Claudius reprimanded. He was but one of twelve Elders, and they all looked the
same: alabaster flesh, blue eyes, white hair, and draped in the telltale pearl
robe.

I clenched my teeth, but restrained my anger. “I don’t
just take memories to prove someone’s guilty. I want to know what he did.”

“Antonio went rogue,” Father explained. “He used his
powers to rape and plunder, and exposed our kind to the humans. We already had
to steer away several humans who tried to investigate our territory.”

“Why do we continue to hide from them? We’re superior,
powerful. Who cares if this one used his power to dominate the weak. It’s only
in his nature.”

“We all grow tired of keeping hidden, but our time hasn’t
arrived. Besides, plunder and rape isn’t allowed. He’s been punished before,
but apparently hasn’t learned.”

Antonio’s wide, dark eyes stared at me, begged me to
walk away. He mumbled against sewn lips. Silver thread worms, long, thin, and
sturdy, gorged on his flesh as they moved in and out like a piece of living of
thread.

“Why is his mouth bound?”

“Because he wouldn’t shut up,” Elder Balai muttered
from across the cot. He ran his fingers through longer white hair, curled on
the ends, then crossed his arms.

I shuddered. “This will hurt so brace yourself.”

He panicked and strained against the bonds. The sub
sentries held him down as I placed my fingers against his temples. His skin and
bone moved like ripples of fluid. As my fingers lengthened into talons, they
dug into his brain and extracted his memories, a gift from my ancestor
Mnemosyne.

Antonio fought for a few seconds before going into a
coma thanks to my caressing fingers inside the folds of his memories.

I gasped at the sudden, intense memories. Random
recollections and visions hit me as if I walked around in his shoes. Images,
sounds, conversations, emotions, beliefs, and actions bombarded my senses.

He loved women and lusted after more. He kept his
actions hidden from his parents, seemingly ordinary people, because he couldn’t
stand their disapproval. He ran very fast through cities and countries, wanting
more, needing more, and hoping all the while his family wouldn’t hear the news.

For a few seconds, I felt the thrill of stealing hard
cash, expensive jewelry draped my wrists, and the luxury of the rich surrounded
me. In another moment, my hands became warm with blood as I dug out guts and
crushed hearts with crude weapons.

I gasped as I experienced the worst part. I knew what
it was like to prey on women, drunk and high from whatever he’d given them. I
saw the lazy, trusting look in their eyes before they reflected paralyzing
fear. He dug his nails into their flesh, squeezed until they begged for mercy,
ripped apart their clothes, and…

Once the root of his crimes flashed through my
thoughts, I pulled out my fingers. Antonio didn’t move, and I was exhausted,
disgusted, overwhelmed. I hated having criminal memories inside me. I felt
dirty and repulsed.

The Regal Rules for Girls by Fine, Jerramy
97 (Rise of the Battle Bred) by Holt, V. L.
The Letters of T. S. Eliot, Volume 1: 1898-1922 by T. S. Eliot
Bitter Lemons of Cyprus: Life on a Mediterranean Island by Durrell, Lawrence
A Mother's Wish by Macomber, Debbie
The Haunting by E.M. MacCallum
Millionaire on Her Doorstep by Stella Bagwell
The Legend of the Irish Castle by Gertrude Chandler Warner
The Kingdoms of Dust by Downum, Amanda
The Leper's Return by Michael Jecks