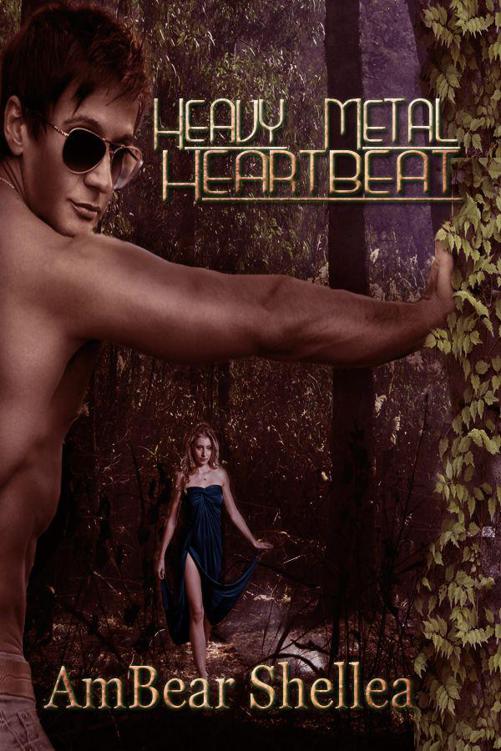 The series that spawns badass unique characters that will rock and consume your world!

Thank you to all of you,
Readers and Fans!
Kudos for helping us authors feel supported and loved through your kind words, reviews, shares and likes. It is more appreciated than you know and saying thank you just doesn't seem to be enough.

To my Family and Friends

Thank you to my family and friends who have listened to me go on for days about ideas and have sat and helped me work through my rants.
Your endless love and support has helped me get right where I want to be.

You are as good as they come.
You’re an awesome cover artist, a fantabulous author and an absolute wonderful friend.

Every sound in the room hit his ears at once. The wind brushing the curtains along the window, the scraping sound of fabric rubbing against skin as people moved around the room, and he even picked up the subtle
differences in the pitches of the voices surrounding him.  His senses were heightened. The soft breeze blowing into the room felt like fingers delicately caressing his neck and shoulders as it swept through his thick wavy hair.  He could feel the cotton of his boxers. Silk sheets, soft and light, covered him to his chest.

His body felt whole, new,
and stronger. Only the lingering phantom of his injuries crossed his mind, but the pain had gone―a distant memory.  He knew everyone in the room around him by their unique scent, all gathered close, murmuring.  The room came to life in his mind as he mapped out the area around him.

He knew when he opened his eyes he would find Paige huddled n
ext to him on the bed, the side of her hand barely touching his arm. Anna leaned against the dresser across from them. He knew she was watching him, waiting.  The one they called Sebastian sat in the corner of the room, making sure to stay close while giving as much space as he could to everyone else.  Jaxson, his best friend, stood in the archway, leaning on the frame of the door with his arms folded over his chest.

A big smile crossed his face when
“Animal I’ve Become” by Three Days Grace filled
the room. He opened his eyes.

One of my favorites
,
he thought.

He had planned to surprise everyone by singing along, out loud, but had to grab his ears as shrill screams painfully interrupted his
waking moment.

“
Oh my God, Ozzie!  Anna, Jaxson, he’s awake.” Her sparkling sky blue eyes filled his line of vision. “Ozzie, can you hear me?  Are you―”

He did the one thing that
he knew would show her he was absolutely perfect. He placed his hands on each side of her face, pulled it close and kissed her.  Her scent was overwhelming.  She smelled of fresh rain and tropical jungle flowers.  His hands slid down to her waist, and he rolled her over onto her back, never breaking the kiss.

Anna’s comment got his attention and pulled him away. He turned his face and smirked at her.

“No. I know you wanna watch, Freak Show.”

He ducked just in time as the soft pink camouflage pillow whizzed past, bouncing off the headboard.  As if by magic, the tension in the room completely dissipated and everyone seemed to breathe a sigh a relief as laughter swam in the air. Cutting his eyes back toward Anna, he continued to taunt her.

“
Ya know, if you watched, I bet I could teach you and Jaxson a few things.”

He held
Paige as tight as possible and rolled them both off the bed and onto the floor, dodging a pillow once again. Only this time it came from by the door, followed by Jaxson’s voice.

“
See, I told you he would be fine. If nothing else, his smart-ass mean streak will keep him around to aggravate us for a long time.”

“
Anna, you have done well for your first time.”

He turned his gaze to the quiet vampire in the corner and gave him a questioning look. Sebastian’s ocean blue gaze was all for him
. His expression was fixed, almost glaring, as if the two of them were the only ones in the room. A soft, caressing wave swam across his bare skin.

He jumped from the floor, flashed across the room and held Sebastian’s throat in a death grip.  Paige’s hand touched his arm and her worried voice brushed across his skin.

He ignored her. He looked deep into the ocean eyes and spoke clearly, but forcefully.  “Don’t ever try and glamor me again. I will rip your heart out and shove it down your throat…with a splintered stake in it.”

He thrust his arm forward and Sebastian landed in the chair with the grace of a rag doll. Ozzie glared at the man, fear never crossing his face. He simply stared back as if he were waiting to see just how far it would go. Tension crawled along his skin and coupled with the heat from his friends crowding him. He turned slowly and looked at all their faces.  Anna and Paige looked worried, but Jaxson surprised him most. His face seemed to say,
Sebastian, one of these days you’re going to go too far.

“
Jaxson, has he done this before? They…” Ozzie pointed to the women. “Look worried, like I might actually kill him. You look…aggravated, but not at me.” He pointed at Sebastian. “Him!”

“
I have seen it many times. Let’s just say I’m not surprised anymore, but I didn’t think you would actually kill him, either. Just letting him know, in your own hunter
way, he’s not allowed to do that.”

He turned his focus back to the vampire in the chair.  “What’s your problem anyway? Why would you even try that? You know I’m a
hunter, I hunt the supernatural, you should know I would kill you for it.”

“
I was…testing a theory.” He shrugged. “You are stronger, Ozzie. Did you know that? You gained a lot of strength while you were…healing.”

He felt confusion cross his face; his eyes stared straight ahead as he tried to figure out what the vampire was talking about.  Sebastian’s slouchy posture and cool blue eyes held no hint of an answer
, but his crooked smile said there was much more to the story.

“
Closer” by Nine in Nails filled the air and played in his ears. His inner animal stirred, his phoenix awakened and soared under the surface, scorching his skin.  The aroma, powerful and intoxicating, left his knees weak and his head light. His eyes rolled into the back of his skull. He took in her scent and rolled it around on his tongue, savoring the taste of her.  His eyes popped open. The monster within, roused and ready to strike, stalked her like prey.

His gaze consumed her features
, completely committing her to memory. Her hair, swaying in the breeze from the open window, reminded him of wheat in an open field on a nice sunny day, complementing her bright, sky blue eyes. She was like spring wrapped in a small package. His hands ached to trail down her skin and his mouth watered over the lingering taste of her upon his tongue. His muscles trembled with the anticipation of the thought.

He searched their faces. Confusion crossed their features, yet understanding touched their eyes as they all turned to slowly shuffle out of the room.  He took a collective breath
.

He reached out and gently grabbed Paige’s arm, stopping her from leaving. “No, I need you to stay.”

“
OK. I’ll stay. Whatever you want.” He crooked his eyebrow.

“Whatever I want?”
He followed them and when they were gone, he kicked the door shut and turned back to the blue-eyed beauty before him.

She squealed when he picked her up and carried her over to the bed.  His head rolled back at the soft feel of her against his skin as she slid from his embrace and onto the sheets. He crawled across the satin after her, stalking her small frame. She squealed. His inner animal smiled at the lust in her eyes.  Leaning over her body, he pinned her wrists above her head and growled as he kissed her.  His free hand slowly traced her frame and gripped her ass tightly. He felt her move beneath his touch, asking for more.
He broke the kiss and moved slightly. His kisses traveled to other place
s
—
her cheeks, her ear, and her neck.

“
Are you attached greatly to this shirt?”

While on
his knees, he tore the shirt from her body. His lips swam across her chest, drinking her in.  He moved farther down, pulling her pants off and tossing them aside. His boxers were ripped and laid upon the floor.

Her scent was dizzying and left him panting with need. He took in the sight of her naked
body and lost control. The wild beast from within paced its cage waiting to be set loose.

Her gripped her waist and rolled her onto her knees.
With one hand on the headboard and the other on her shoulder, he buried himself and moaned with her. Slow and steady, he rocked. He tangled his hand in her hair, then stopped his movements and smacked her bottom. Her cries of pleasure urged him onward.  He moved farther and faster as a growl ripped from his throat. His hands cupped her breasts when she leaned back, still riding him, her arms around his neck.

His tongue played along the soft skin between her ear lobes and collar bone, tasting her honeysuckle perfume mixed with her tropical scent.

She twisted in his arms to face him. He held her in place for a moment staring and memorizing the varying specks of the blue brilliance in her eyes. His fingers slowly slid from her face and into her hair, pulling her into another long kiss. Soft golden hair twisted in his hands as he pulled her closer to him, deepening the kiss.

Razor blade sharp nails dug in
and trailed down his back, stealing his breath. A mixed sound of pleasure and pain passed his lips. His beast on the prowl took over.

He pushed her back on the bed
. Her low purr was just as teasing as the look upon her face; lustful, happy and excited. Pinning her to the mattress, he picked up where he left off. His heart pounded with the rhythm as euphoria took over. The room swirled and then disappeared. Only they existed in the nothingness, wrapped around each other, groping and holding on as they dropped from the orgasmic cliff. As he kissed her, he swallowed her moans of pleasure and they mixed with his as they plunged head long into the ocean of ecstasy together.

Blinking away the excitement, the room
came back into focus. She lay limply in his arms, as delicate as a flower and just as soft. Her breathing was just as hard as his. Sweeping her locks of wheat away from her face, he kissed her forehead and she roused.

Her
face held a look of confusion and her eyes searched his questioningly. His beast stopped dead in its tracks. Her skin felt like rose petals as she slid from his grip and sat on the bed facing him.

He smiled at her
and kissed her nose.