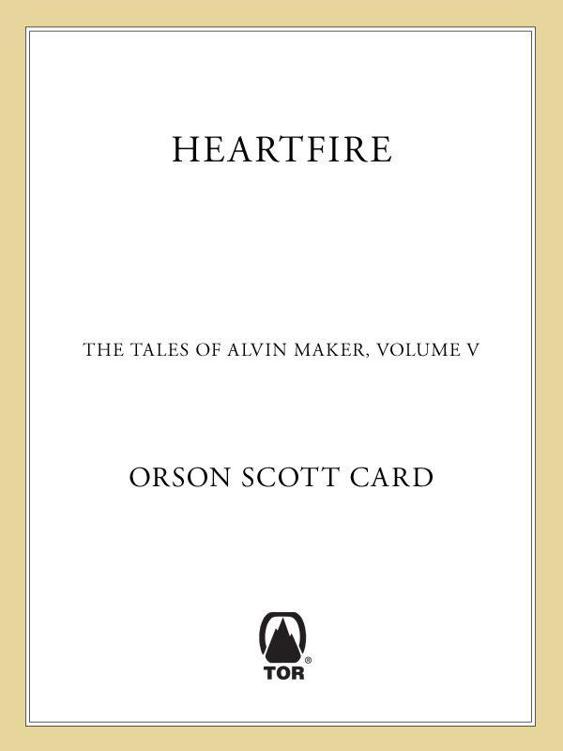 Praise for
The Tales of Avin Maker
by Orson Scott Card

“At long last, Card returns to what promises to be his most notable creation,
The Tales of Alvin Maker
.... From beginning to end, this novel is full of riches.... This superb and welcome book continues the saga at the same high level as before, and is most highly recommended.”

“With delicacy and insight, incorporating folktales and folk magic with mountain lore and other authentic details, Orson Scott Card has evoked a vision of America as it might have been.”

“In the Alvin Maker series, Card utilizes the lore and folk magic of our early settlers to create an America that is at once enchanting and revelatory.”

T
HE
T
ALES OF
A
LVIN
M
AKER

THE
TALES OF
ALVIN MAKER V

NOTE: If you purchased this book without a cover you should be aware that this book is stolen property. It was reported as “unsold and destroyed” to the publisher, and neither the author nor the publisher has received any payment for this “stripped book.”

This is a work of fiction. All the characters and events portrayed in this book are either products of the author’s imagination or are used fictitiously.

All rights reserved, including the right to reproduce this book, or portions thereof, in any form.

To Mark and Margaret,
for whom all heartfires
burn bright

Several books were of incalculable value in developing the story of Alvin’s search through America for patterns he might use to build a community that is both strong and free. Most important was David Hackett Fischer’s
Albion’s Seed: Four British Folkways in America
(Oxford University Press, 1989, 946 pp.), a brilliant, well-defended exposition of a non-reductionist theory of the origins of American culture; in its pages I found both detail and rich causal reasoning, greatly helping me take this book from plan to page. William W. Freehling’s
Road to Disunion: Secessionists at Bay, 1776–1854
(Oxford University Press, 1990, 640 pp.) gave me details of life, obscure historical characters, and the economic and political realities of Charleston in the 1820s, which I could then distort into my American “Camelot.” Carl J. Richard’s
Founders and the Classics: Greece, Rome, and the American Enlightenment
(Harvard University Press, 1994, 295 pp.) provided me with the attitudes of educated American leaders toward the Greek and Roman classics that were a part of traditional education at the time.

As so often before, I thank Clark and Kathy Kidd for providing me with a retreat where I could jump-start this book.

Thanks also to Kathleen Bellamy and Scott J. Allen for help above and beyond the call of duty; to Jane Brady and Geoffrey Card for their collection of data from the earlier books.

As Alvin wanders through the world, it is his wife who provides his harbor; this, my wife, Kristine, also provides for me. All my stories are told first to her. 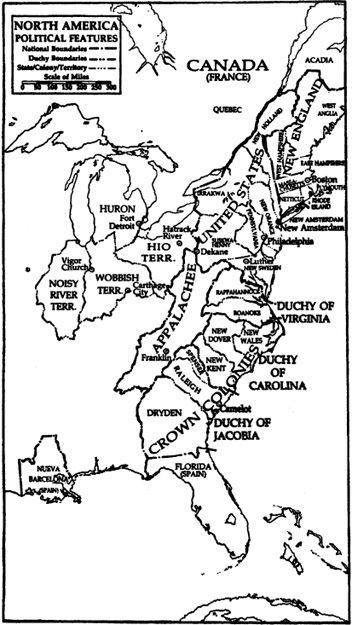 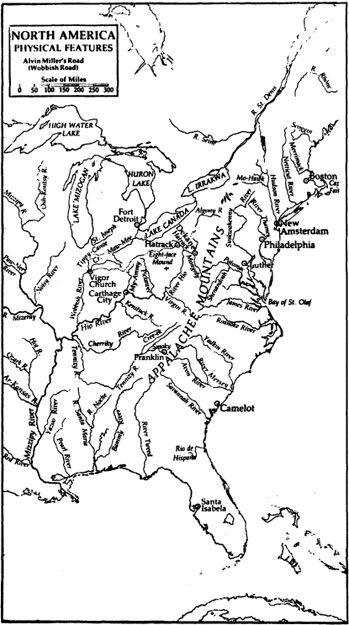 2 A Lady of the Court

Arthur Stuart stood at the window of the taxidermy shop, rapt. Alvin Smith was halfway down the block before he realized that Arthur was no longer with him. By the time he got back, a tall White man was questioning the boy.

“Where’s your master, then?”

Arthur did not look at him, his gaze riveted on a stuffed bird, posed as if it were about to land on a branch.

The man at once became friendly. “Glad to know it, friend. A boy this age, you’d think if he was free his parents would have taught him proper respect when a White man—”

“I think he only cares about the birds in the window.” Alvin laid a gentle hand on Arthur’s shoulder. “What is it, Arthur Stuart?”

Only the sound of Alvin’s voice could draw Arthur out of his reverie. “How did he see?”

“The way the bird pushes down with his wings just before roosting, and then poses like a statue. Nobody sees that.”

“What’s the boy talking about?” asked the man.

“He’s a great observer of birds,” said Alvin. “I think he’s admiring the taxidermy work in the window.”

The man beamed with pride. “I’m the taxidermist here. Almost all of those are mine.”

Arthur finally responded to the taxidermist. “Most of these are just dead birds. They looked more alive when they lay bloody in the field where the shotgun brought them down. But this one. And that one....” He pointed to a hawk, stooping. “Those were done by someone who knew the living bird.”

Picking Up the Pieces by Elizabeth Hayley
The Search for Truth by Kaza Kingsley
Venom: A Thriller in Paradise (The Thriller in Paradise Series Book 3) by Swigart, Rob
Where the Sun Sets by Ann Marie
Black Beans & Vice by J B Stanley
Witch Is When It All Began by Adele Abbott
Buried Alive by Kerley, J. A.
E for England by Elisabeth Rose
The Athena Operation by Dalton Cortner
The Wrong Brother's Bride by Allison Merritt