Read Harbinger in the Mist (Arms of Serendipity) Online

Harbinger in the Mist (Arms of Serendipity) 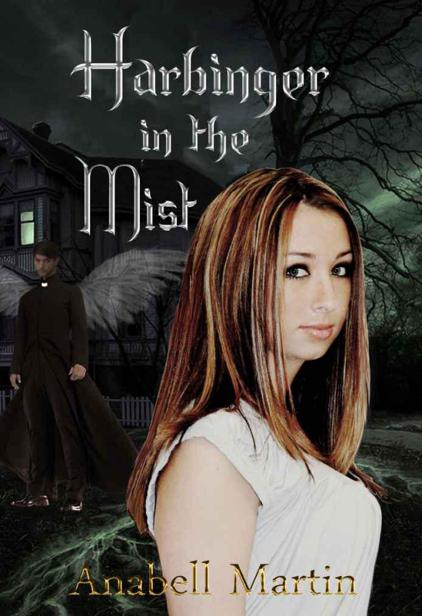 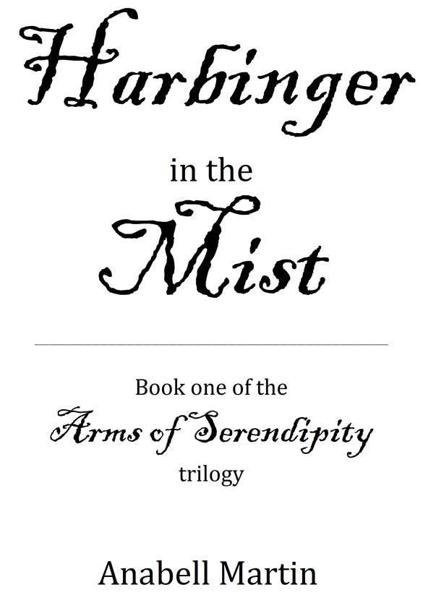 What is there to say? You’re gone and there’s nothing anyone can about it. I was so excited to reconnect with you … and then you were gone.

Thank you for giving Eli the gift of music. His abilities with the violin are a tribute to your great musical talents.

I will never understand, John, but I do hope that you have found peace.  I love you and miss you.

Lindsey’s heart pounded fiercely, thumping against her sternum like a war drum. A salty mixture of tears, sweat, and mucus dripped from her quivering upper lip into her mouth as she gasped for air. In this stifling southern summer night, she felt like she was suffocating. A massive amount of adrenaline was racing through her body causing her stomach to churn; the short, quick gasps of air heaved her diaphragm up and down, increasing the nausea. And the sorrow! A heart-wrenching sadness clawed at every cell in her being. Tears flowed down her cheeks in a stream.

Two angry men grabbed her and began pulling her toward the front door, away from the macabre room. She glanced one final time at the gore splattered across the tiny bed and up the wall. The men jeered at her and called her vile names; she could smell the whiskey clinging to their waxed beards. But their rhetoric was just background noise, barely audible behind the staticky pulsing of the blood in her ears. At the threshold, a large, black Palmetto bug skittered down the wall and out of sight behind the credenza. Her bare feet faltered and she stumbled.

The humid air outside was still as death. The only movement came from the tiny legs of the crickets playing her death march. She gazed fearfully at the branches of the tree into which a third man was hoisting something… something that made her already broken heart shatter into a million more pieces. She began to pray the Lord’s Prayer in a foreign language, yet the words felt as natural as breathing. “We Papa een heaben, leh ebrybody hona you nyame cause you da holy…”

One of the men forced her to kneel. The gravel and sand spurs that had not bothered the thick soles of her feet cut into her kneecaps, but that pain was nothing next to that in her heart. She looked down lest she look back into those blood-streaked faces hanging above her. Tears dropped from her rounded cheeks and dotted the dusty ground like rain. Lindsey reached out a violently shaking hand to touch the liquid pain. With a shock, she jerked her hand back and held it out in front of her. Instead of the small, smooth, pale cream skin to which she was accustomed, her hand was now covered in flesh that was weathered, callused, and a dark shade of cocoa. Her petite nails were no longer oval and polished; now they were broad, chipped and dirty. She checked the other hand. It matched the one held up in the air in front of her face.

Reality settled around her shoulders like a security blanket – she was dreaming. The psychic’s vision earlier this evening had no doubt fueled this unconscious delusion. She took a deep breath to calm herself, but the relief was short-lived. She felt the drunken men lower a heavy rope around her neck.

She tried to compel herself to wake up, but the thick, twisted fibers tightened around her neck, burning her skin and crushing her windpipe as the men hoisted her up into the gnarly, moss-covered branches of the old tree. She clawed in vain at the rope that was gagging the life from her. WAKE UP! She screamed in her head, but it was no use.

She heard a gunshot in the distance. She knew what the spent gunpowder smelled like, having just experienced it herself.  She somehow knew that her grief-ridden master’s brains were now splattered in a gory display against the back wall of the bedroom upstairs.

So many innocent lives had been lost on this evil, humid night … Certainly a dark hand had settled over Retreat House.

Knowing her own life was coming to an end, Lindsey opened her eyes and looked at the blood-streaked faces of her babies who were staring vacantly into the night as they swung beside her. She reached out and grabbed at them. The men below bellowed with laughter. After several attempts, she managed to grab their hands; their silky skin was still warm. In a final explosion of agony, she breathed her last.

In the sorrow-filled void that was death, she felt hands caress her – large, soft, reassuring hands. She opened her eyes and looked into the light. She saw the face a god staring back at her; he hugged her to his chest and assured her that things were going to be OK.

Then everything fell silent.

Angel wings engulfed Lindsey Foster in a bright embrace, dispelling the darkness of the vestibule in which she stood. Tearing her eyes away from his beautiful face, she tucked a bouquet of tiger lilies in her Gramma’s cold, stiff hands.  Tears rolled down her face as she kissed the palm of her own hand then placed it on Gramma’s cheek.  Unable to handle the visceral pain of seeing her grandmother lying in the satin-lined coffin, she looked back at the angel in the center of the only stained glass window of St. Michael’s United Methodist Church.

He seemed to come alive under the late May sunshine filtering through it. Each pane of glass glowed and shimmered, a myriad of colorful prisms suspending him in midair. Above his head he held a massive, silver sword and his wings spanned the entire width of the frame. At the top of the window, in red glass calligraphy, the words “St. Michael, defend us against all evil” shone brightly as if on fire.

Aware of the small line of mourners behind her, Lindsey turned her back and went to the pew and dropped down by her sobbing mother.  With no blood family, they were both comforted by the church members and friends in their small, Northern Indiana town that had come out to support them.

When the pastor took the podium, he pointed to the angel above and said, “We gather here today in a state of sadness. Like those dust particles floating in the streams of multihued light, we know that our dear Mary Ann has floated up into the arms of an angel to be whisked to her Savior, Jesus Christ. Let us pray.”

As heads bowed, Lindsey glanced around awkwardly. Her Gramma had been a woman of deep faith, but neither Lindsey nor her mother had followed in her footsteps. She could count on one hand the times she’d willingly gone to church – she had stopped going all together when she was in the seventh grade and came to the realization that religion was a farce. She had little reason to believe in angels or devils or even God. And, as much as she hated to admit it, Gramma was gone. There was no ethereal spirit floating around them as much as the pastor tried to convince the assembly.  And no amount of religious prose could convince her otherwise.

As the preacher of the tiny, rural Indiana church droned on, the little, innocuous details of Gramma’s finals hours flitted painfully through Lindsey’s mind like the ominous buildup to a melancholy movie. She saw Gramma’s plump, rosy face and bright smile as she wiped down the counter and sang along with the radio four days ago. Then, as if someone had lit a fire to the filmstrip in her brain, the image to bubbled and faded to her sallow silhouette laying motionlessly in the harsh fluorescent lights of the hospital room after she’d suffered a massive heart attack that same evening. Her dentures had been removed, causing her cheeks to cave in, and her hair was a frizzy, knotted mess. Her eyes had looked lost, scared in that hollow, skeletal face. Gramma was only 63 – hardly elderly – but the hospital had aged her twenty years the minute they rolled her off the ambulance.

More poignantly were Gramma’s last words, which knotted her stomach.

“Death’s a … natural part of … life. Don’t … be … sad … I’ll be with daddy tonight … in paradise,” she had wheezed behind a chorus of machinery beeps and hums. She turned her gaze to Lindsey’s distraught mother. “Aimee… there’s something … you should know... Something … only I can … tell … you.”

Lindsey had then been dismissed like a small child during an adult conversation. She had protested, of course. She was 18 and able to handle the very grown up circumstances, but her mom had sent her down to the canteen to fetch a cup of coffee anyway.