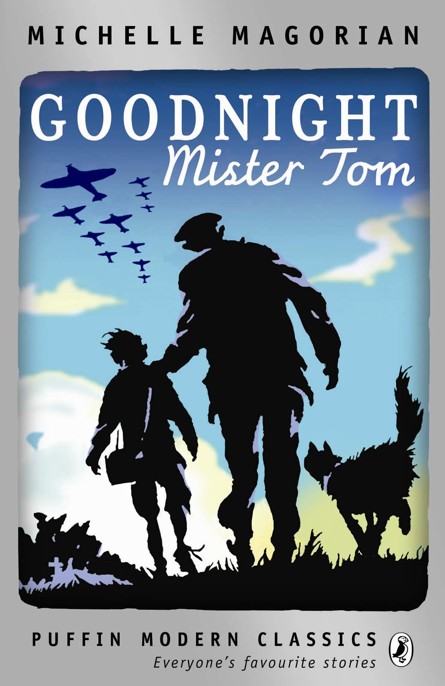 ‘A brilliant story of how love defeats fear’

‘Everyone’s idea of a smash-hit first novel: full-blown characters to love and hate, moments of grief and joy, and a marvellous story that knows just how to grab the emotions’ –
Guardian

‘The brilliant story of an evacuee with the worst mother in the whole of children’s literature. A powerful read’ –
Sunday Telegraph

‘This book can make you smile and laugh, but it may also bring tears to your eyes and leave you with a bitter-sweet feeling’ –
Sunday Times

Michelle Magorian’s first ambition was to be an actress, and after three years’ study at the Bruford College of Speech and Drama, she went to mime school in Paris. All this time she had been secretly scribbling stories, and in her mid-twenties she became interested in children’s books and decided to write one herself. The result was
Goodnight Mister Tom
, a winner of the Guardian Award and the International Reading Association Award, which she has also adapted as a musical. Since then she has published several novels, poetry and short-story collections and picture books.

Michelle lives in Petersfield, where she continues with both her acting and writing careers. 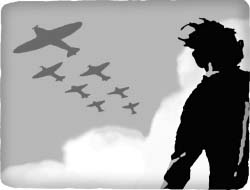 Evacuated from the bombs in London, Willie Beech arrives in the country alone and afraid. Not surprising given the times, but Willie’s terrors are caused by something much deeper than the fear of bombing: Why can’t he sleep in a bed? And why does the dog scare him so much? Watching Willie learn to trust, and even to love, as his terrible past is unravelled and laid to rest is an emotional rollercoaster. But
Goodnight Mister Tom
is not just the story of Willie. It is also the story of gnarled old Tom Oakley, who never wanted to have anything to do with a child – he is only doing his duty by taking in an evacuee – but who soon fi nds himself not only caring for the physical needs of young Willie but also filling in the gaps in his life, from education to love. Like Willie, Tom’s capacity for love swells as the relationship between the two of them develops, and both of them begin to reach out to others in their small community.

Reading
Goodnight Mister Tom
, there are moments of such sadness that it is almost too distressing to go on. There are few secrets as terrible as the one Tom uncovers when he discovers the truth of Willie’s real home and, in a different way, the explanation for Tom’s gruff detachment from society is as heartrending. But these are offset by the delights of Willie’s new experiences of the country and the people in it and, above all, by the underlying joy of Willie and Tom’s blossoming life together.

It is impossible not to be touched by this story, set against the wider picture of the effect of the Second World War on the ordinary people of Britain.

Goodnight Mister Tom
was Michelle Magorian’s first novel. It won the Guardian Children’s Book prize and has been adapted into a TV drama starring the late John Thaw.

7 An Encounter over Blackberries

A harassed middle-aged woman in a green coat and felt hat stood on his step. He glanced at the armband on her sleeve. She gave him an awkward smile.

‘I’m the Billeting Officer for this area,’ she began.

‘Ah, thank you, Mr Oakley.’ She paused and took a deep breath. ‘Mr Oakley, with the declaration of war imminent…’

Tom waved his hand. ‘I knows all that. Git to the point. What d’you want?’ He noticed a small boy at her side.

‘It’s him I’ve come about,’ she said. ‘I’m on my way to your village hall with the others.’

She stepped to one side. Behind the large iron gate which stood at the end of the graveyard were a small group of children. Many of them were filthy and very poorly clad. Only a handful had a blazer or coat. They all looked bewildered and exhausted. One tiny dark-haired girl in the front was hanging firmly on to a new teddy-bear.

The woman touched the boy at her side and pushed him forward.

‘There’s no need to tell me,’ said Tom. ‘It’s obligatory and it’s for the war effort.’

‘You are entitled to choose your child, I know,’ began the woman apologetically.

‘But,’ she continued, ‘his mother wants him to be with someone who’s religious or near a church. She was quite adamant. Said she would only let him be evacuated if he was.’

‘Was what?’ asked Tom impatiently.

Tom took a second look at the child. The boy was thin and sickly-looking, pale with limp sandy hair and dull grey eyes.

‘His name’s Willie,’ said the woman.

Willie, who had been staring at the ground, looked up. Round his neck, hanging from a piece of string, was a cardboard label. It read ‘William Beech’.

Tom was well into his sixties, a healthy, robust, stockily-built man with a head of thick white hair. Although he was of average height, in Willie’s eyes he was a towering giant with skin like coarse, wrinkled brown paper and a voice like thunder.

He glared at Willie. ‘You’d best come in,’ he said abruptly.

The woman gave a relieved smile. ‘Thank you so much,’ she said, and she backed quickly away and hurried down the tiny path towards the other children. Willie watched her go.

Nervously, Willie followed him into a dark hallway. It took a few seconds for his eyes to adjust from the brilliant sunshine he had left to the comparative darkness of the cottage. He could just make out the shapes of a few coats hanging on some wooden pegs and two pairs of boots standing below.

‘S’pose you’d best know where to put yer things,’ muttered Tom, looking up at the coat rack and then down at Willie. He scratched his head. ‘Bit ’igh fer you. I’d best put in a low peg.’

He opened a door on his left and walked into the front room, leaving Willie in the hallway still clutching onto his brown carrier bag. Through the half-open door he could see a large black cooking range with a fire in it and an old threadbare armchair nearby. He shivered. Presently Tom came out with a pencil.

‘You can put that ole bag down,’ he said gruffly. ‘You ent goin’ no place else.’

Willie did so and Tom handed him the pencil. He stared blankly up at him.

‘Go on,’ said Tom, ‘I told you before, I ent got all day. Now make a mark so’s I know where to put a peg, see.’ Willie made a faint dot on the wall beside the hem of one of the large coats. ‘Make a nice big ’un so’s I can see it clear, like.’ Willie drew a small circle and filled it in. Tom leaned down and peered at it. ‘Neat little chap, ent you. Gimme yer mackintosh and I’ll put it on top o’ mine fer now.’

With shaking fingers Willie undid his belt and buttons, peeled off the mackintosh and held it in his arms. Tom took it from him and hung it on top of his greatcoat. He walked back into the front room. ‘Come on,’ he said. Willie followed him in.

It was a small, comfortable room with two windows. The front one looked out on to the graveyard, the other to a little garden at the side. The large black range stood solidly in an alcove in the back wall, a thick dark pipe curving its way upward through the ceiling. Stretched out beneath the side window were a few shelves filled with books, old newspapers and odds and ends and by the front window stood a heavy wooden table and two chairs. The flagstoned floor was covered in a faded crimson, green and brown rug. Willie glanced at the armchair by the range and the objects that lay on top of the small wooden table beside it; a pipe, a book and a baccy jar.

DD-Michaels-END.rtf by The Dangerous Debutante
On the Line by Serena Williams
Sometimes the Wolf by Urban Waite
Lulu and the Dog from the Sea by Hilary McKay
The Midnight Twins by Jacquelyn Mitchard
More than Survival: A Post-apocalyptic Love Story by Camryn Lynn
Triple Threat by H. L. Wegley
Island of the Heart by Sara Craven
Hell on Heels by Victoria Vane
Earthly Delights by Kerry Greenwood