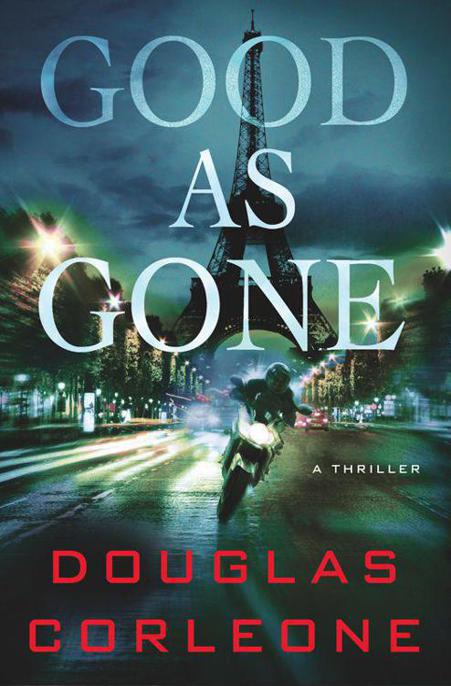 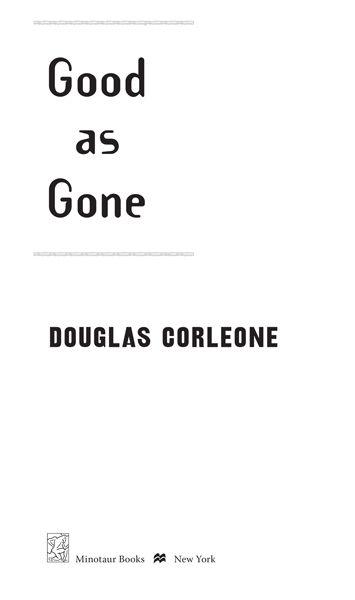 I think constantly of those who are gone; as my body continues on its journey, my thoughts keep coming back to bury themselves in days past.

THE THIEVES OF PARIS

I was resting in the rear of a taxi heading north out of the city on our way to Charles de Gaulle when I first heard the sirens. I opened my eyes and watched the red needle on the speedometer drop steadily as the driver turned the wheel to the right. In the rearview I glimpsed a half-dozen white Peugeots topped with flashing light bars bearing down on us. As we pulled to the shoulder, two of the cruisers skidded to a halt diagonally just in front of us, two boxed us in on the side, and the remaining vehicles screamed to a stop at our tail. I instinctively inventoried myself though I knew I wasn’t carrying any contraband—nothing at all that would link me to the missing boy in Bordeaux.

The driver casually rolled down his window. One of the officers poked his head in, asked the driver in French where we were going.

The officer nodded, glanced at me, and switched to English, speaking to the driver as though I weren’t there.

“I require your passenger to step out of the vehicle,” he said. “Slowly, always showing me his hands.”

Two younger officers stood outside the window to my right, hands on their sidearms. In the rearview I noticed several other officers taking cover behind their open car doors, their weapons already drawn.

With a sigh I slid over to the driver’s side and gently opened the door. With my hands held out before me I stepped onto the road.

“Monsieur Fisk,” the officer said as he sized me up. The rank insignia on his uniform jacket indicated he was a lieutenant, formerly known as an inspector. “I would like for you to accompany us back to Paris.”

Cautiously, I lowered my hands.

“Sorry, Lieutenant. I have a plane to catch.”

“You may return with us voluntarily or involuntarily,” he said, “it makes no difference to me.”

“Am I under arrest?”

The lieutenant made a show of gazing over my left shoulder at his officers with their drawn SIG SP 2022s.

“Does it appear to you that you are free to leave?”

I didn’t give him the satisfaction of looking behind me. Instead I pictured the route back to National Police Headquarters. If memory served, we’d be heading to Ile de la Cité, which meant passing through several areas of heavy traffic. Assuming we wouldn’t be blaring sirens all the way, we should be moving slowly enough to facilitate an escape. Perhaps on Rue du Faubourg Saint-Honoré near the Palais de l’Elysée, a short distance from the American embassy, and thus, safety.

The lieutenant, whose nameplate read
DAVIGNON
, escorted me to the last cruiser, patted me down, and opened the rear door. He didn’t cuff me, didn’t push me roughly into the car while pretending to protect my skull. He just motioned to the inside and permitted me to seat myself.
Strange,
I thought. But then, I’d never been arrested in Paris. Tokyo, yes. Beijing, sure. Moscow, Oslo, Budapest. Mexico City, more than once. But never Paris. Until now.

“What about my luggage?” I said.

Davignon smirked and slammed the door.

Maybe the French police weren’t so cordial after all.

No worries. Lieutenant Davignon had left me my hands, which were more than I needed. I’d planned to make do with only my feet. At the first congested intersection, I’d summon this morning’s croissants and espresso and decorate their backseat. All I needed from them was to open my door; the rest would be up to me.

Davignon, who looked to be in his midforties, sat up front in the passenger seat. The moment we pulled off the shoulder, he turned forty-five degrees and began talking at me.

“Simon Fisk,” he said in heavily accented English, “thirty-nine years old. Born: London, England, to Alden and Tatum Fisk. One sibling: a slightly older sister named Tuesday, who was actually born six minutes after midnight on a Wednesday morning. When you were five, your father, who possessed dual U.K. and U.S. citizenship, left London for Providence, Rhode Island, taking you with him and leaving your mother and sister behind. To my knowledge, you have not seen either of them since.”

I set my jaw and glared at him through the wire.

“If you’re attempting to get a rise out of me, Lieutenant, I suggest we stop off at the nearest pharmacy and pick up a bottle of Cialis. Otherwise, you’re wasting your time.”

Davignon ignored me. “At seventeen you left home to attend American University in Washington D.C., where you majored in Justice and minored in Law and Society. While at university, you met Tasha Lynn Dunne of Richmond, Virginia, and soon fell head over heels in love, as the Americans say. Both of you graduated American with honors and married a year later in a sizable ceremony in Norfolk. Your father, Alden, wasn’t invited and didn’t attend. From there you moved back to the District of Columbia, where you began serious study and conditioning to become a United States Marshal. You submitted a flawless application, excelled in interviews, and were invited into Basic Training at FLETC in Glynco, Georgia. After seventeen and a half weeks of rigorous training, you were assigned to fugitive investigations in the D.C. field office, an assignment you yourself requested.”

I stared out the window at the unfamiliar landscape blowing by. Wherever we were making for, it wasn’t National Police Headquarters.

“After four months on the job,” Davignon continued, “you announced to your immediate supervisor that your wife, Tasha, was pregnant. Another six months after that, your daughter, Hailey, was born.”

“Enough,”
I finally snapped, angry at the direction in which both the conversation and the vehicle were heading. “Where are you taking me?”

Davignon finally turned fully in his seat to face me. It was only then that I noticed just how heavy and tired his eyes looked, how his five o’clock shadow reflected an additional twelve hours or so.

“To a very private place,” he said. “Where you and I can have a long talk. And possibly come to some sort of an arrangement.”

Signs indicated that we were approximately forty kilometers north of Paris when we parked behind a quaint two-story cottage set off from its neighbors in a quiet, rural village called Saint-Maur-des-Fossés. Only one other cruiser had followed us into the village and it was now nowhere in sight. Thoughts of escape morphed into curiosity. Clearly, this wasn’t an arrest, wasn’t a hit. For the first time I wondered if this had anything at all to do with the boy in Bordeaux.

Davignon opened my door and I stepped out under the tired gray sky and headed for the dull peach-colored house. As I flattened the tall blades of grass underfoot, Davignon uttered some instructions to his partner in French. Glancing back, it appeared that he had told him to wait with the car.

The interior of the cottage was brighter than I had expected. Natural light poured in through large, uncovered windows, illuminating a well-appointed living room with a sofa, love seat, and several straight-back cushioned chairs that looked as though they belonged in a seventeenth-century castle. Davignon motioned for me to take a seat in the chair positioned kitty-corner to a tall, well-used fireplace. I sat, folded my arms, and crossed my right leg over my left.

“Something to drink?” Davignon said. What little hair remaining on the sides and back of his head was shaved down, nearly to the skin. He possessed a bulk that came free with age, and a casualness that conveyed confidence and authority. I could tell that he liked being in charge, that he’d do just about anything to maintain control of a situation.

“I’d rather we get to it, Lieutenant.”

Davignon stepped out of the living room and returned a moment later with a thin manila folder. He dropped it in my lap and remained standing next to the sofa across from me. He didn’t remove his jacket.

Inside the folder were several photographs of a female child, age five or six, with straight auburn hair that fell to her shoulders. Wide emerald-green eyes highlighted a perfectly symmetrical face and stole attention from her tiny smile, which revealed two rows of neatly aligned teeth. The image reminded me immediately of Hailey, though this little girl looked nothing like my daughter. It wasn’t the shade of her hair or shape of her face, wasn’t her flawless complexion or even the color of her eyes, but rather the sparkle of light afloat in each pupil—that distinctive sign of life—that made me flash on the past, on days spent sailing on Chesapeake Bay, on nights when Tasha and I watched little Hailey dance through the sprinklers from our lounge chairs on the back porch.

“Her name is Lindsay Sorkin,” Davignon said, “six years old. Born: Santa Clara, California, to Vincent and Lori Sorkin. No siblings; however, Lori Sorkin is presently fifteen weeks pregnant.” He cleared his throat. “The night before last, Lindsay Sorkin went missing from the family’s room at Hotel d’Étonner in Champs-Elysées. The family was in Paris on holiday and claim to know no one else in France. They are, to put it mildly, devastated.” He paused. “And they are desperate, Monsieur Fisk.”

I closed the folder and set it on my lap, sighing deeply, truly regretting what I had to say.

“Since you know my history so well, Lieutenant, I’m assuming you also know what I do for a living.”

“I do. You retrieve missing children.”

“No,” I said. “I retrieve children abducted by estranged parents who flee to countries that don’t recognize U.S. custody decisions.”

“The point is, Lieutenant, that I don’t deal with ‘stranger abductions,’ only parental abductions—cases in which the kidnapper is known and related to the victim.”

Davignon put his head down and clasped his hands behind his back.

Dead is the New Black by Marianne Stillings
Whisper by Phoebe Kitanidis
Unforsaken by Sophie Littlefield
The Box by Unknown
Why Nations Fail: The Origins of Power, Prosperity, and Poverty by Acemoğlu, Daron, Robinson, James
The Baking Life of Amelie Day by Vanessa Curtis
Shattered Puppet (Rag Doll) by Catori, Ava
616 Todo es infierno by David Zurdo & Ángel Gutiérrez
Letters To My Little Brother: Misadventures In Growing Older by McKinney, Matt
World Made by Hand by James Howard Kunstler