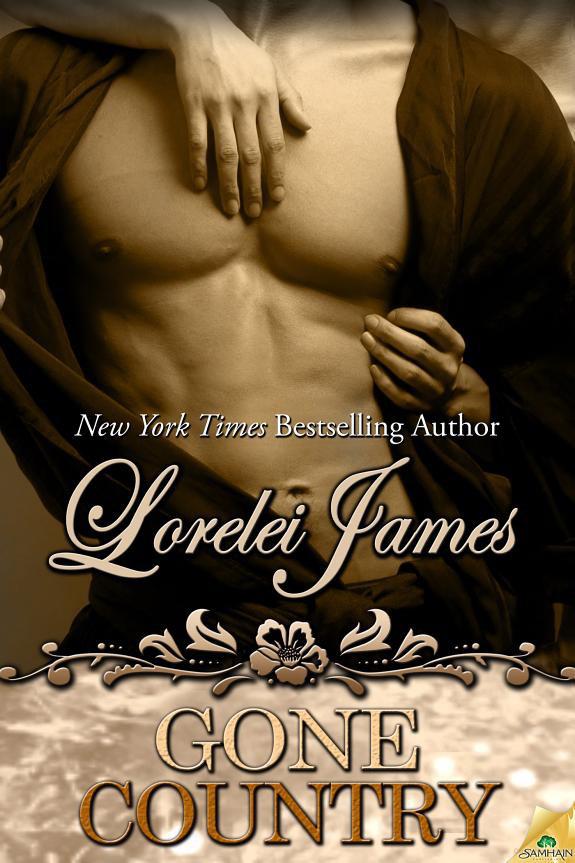 To all the women like me, who have great daddies for their daughters…

She stood. So did Gavin.

“Would you like to say anything before we discuss your case?”

Gavin glanced at the members of teen court and then at the magistrate. “Permission to speak on Sierra’s behalf, Your Honor?”

The magistrate’s hard gaze zoomed to him. “And you are?”

“I understand that a community service sentence is often handed down in a case like this. I agree that it would be a good lesson for my daughter. But I respectfully request you consider an alternative.”

“Because we will be moving out of state next week.” Gavin shot Sierra a harsh look when she opened her mouth.

“Next week?” the magistrate asked skeptically.

“Yes, Your Honor. The day of my daughter’s arrest last month I was meeting with Judge O’Connor and he granted me sole custody of Sierra at her mother’s request. Since I’m no longer legally bound to live in Arizona, we’ll be moving closer to family.”

A pause. “Where will that be?”

From the corner of his eye he saw Sierra gaping at him, but Gavin kept his attention on the magistrate.

“In light of this being your first offense, your guilty plea and the security guard recovering the stolen item, I will dismiss the charge—provided you have no contact with the store and you have no subsequent incidents in the next six months. Then this infraction will be expunged from your juvenile record.”

The magistrate looked at Sierra. “And to be honest…your father forcing you to move to Wyoming is punishment enough.”

“I hate you and I’m never ever
ever
going to forgive you for this! Why are you ruining my life?”

“You done?” he asked coolly.

“Will you change your mind about making me move to Bumfuck, Wyoming?”

“Not on your life, sweetheart.”

“Don’t call me that!” She stomped off.

He listened to her footsteps fading on the tiled floor, counting out the seconds.

Yep. There it was. God knows her tantrum wouldn’t be complete without a house-shaking door slam.

Gavin loaded his lowball glass with ice, then filled it with Crown XR. He knocked back half the whiskey in one swallow.

Damn kid was driving him to drink—something even her psychotic mother hadn’t been able to do. Wasn’t the first time Sierra had professed her hatred for him—nor would it be the last.

His announcement in teen court today had come as quite a shock to her. But her arrest had been the last straw, especially after his ex-wife had called shoplifting “a teenage rite of passage” and excused Sierra’s bad behavior.

Problem was, bad behavior had been the norm for Sierra since the beginning of her freshman year. She broke curfew without explanation or apology. She lied about her plans. Her grades had slipped. She’d become surly and defiant with an air of entitlement—much like her mother.

Sharing joint custody with his ex-wife meant his attempts at keeping their daughter on the right path were largely ignored whenever Sierra stayed at Mommy Dearest’s house. So Gavin considered it a sign, an omen, hell, a blessing, when Ellen suddenly announced she was moving to Paris with her boyfriend
du jour
.

After years of custody battles, she signed over full custody of her only child for one year. Evidently Ellen didn’t want parental responsibilities spoiling a good time in gay
Paree
.

His self-centered ex hadn’t considered how her actions would affect Sierra. Once again he’d been left holding the bag, standing helplessly outside her bedroom door, listening to his daughter cry.

That’s when he’d known they both needed a drastic change.

By this time next week they’d be living in Sundance.

If they didn’t kill each other on the eighteen-hour drive to Wyoming first.

“I can’t believe the man is kicking you out of your own bedroom. What an asshole.”

Rielle ignored Rory’s comment and lugged the box of yarn downstairs into the last bedroom on the main level.

Rory followed her. “Mom. Seriously, you don’t have to stay here. My cabin will be empty next week when I’m back at college in Laramie.”

“I appreciate the offer, but this is fine. And it’s not like Gavin is throwing me out—” her eyes narrowed on her daughter, “—which he has every right to do because he owns this house.”

Rory plopped on the bed. “I know that. But you have to admit you never thought he’d move here permanently and take over ownership.”

Rielle moved a stack of bedding off the dresser. “It’s my own fault since I’ve been dragging my feet on getting West Construction to start on my building plans.”

“I still say it’s lucky that you’ve stayed on as caretaker and he shouldn’t expect you to just move everything at a moment’s notice.”

“He’s lucky? I’ll remind you that
I’m
lucky and I wouldn’t even be living here if it wasn’t for Gavin saving me from financial ruin.”

“Financial ruin,” Rory scoffed. “He only bought the land and buildings to one-up the McKays—which is ironic since he
is
a McKay.”

Pointless to argue with her headstrong daughter when it came to her opinions on the McKay family—opinions that she herself often shared.

“When do they get here?” Rory asked.

“They left Scottsdale today, but Gavin said they’re taking a couple extra days to play tourist. Sierra starts school in a week, so I’m assuming they’ll be somewhat settled in by then.”

“Have you ever met the precocious and precious only child Sierra?”

Rielle used a decorative pillow to whap Rory’s arm. “Watch it, Aurora Rose Wetzler. Lots of folks around here said the same thing about you when you were sixteen.”

“Huh-uh, mamacita, that argument ain’t gonna fly. You rode herd on me from the time I was a little tyke. I never had the chance to get into trouble.”

“And look where me cracking the whip got you—a graduate assistantship at UWYO as you’re working on your Master’s.” Rielle stood in front of Rory and tucked a strand of her wild blonde hair behind her ear, like she’d done a hundred times. She still experienced that same overwhelming burst of love as she had the first time she’d cradled the squalling baby in her arms twenty-four years ago. “I’m so damn proud of you, Rory.”

“I know you are, Mom.” Rory hugged her. “But stop this mushy stuff or we’ll both start crying. There’ll be plenty of tears when I leave.”

“Don’t remind me.” She clutched her a little tighter. At six foot one, Rory towered over her by eight inches—making her daughter a supersized version of her instead of a mini-me. Rory’s green eyes—identical to her own—contained a devilish twinkle. “What?”

“Let’s get this shit done because I have a surprise for you later. And no groaning ’cause it’s gonna be awesomely fun.”

They cleared out both the bigger bedrooms upstairs. Rielle opted to leave the existing furniture in the great room downstairs. If Gavin wanted to replace it with his furniture, fine, but somehow she doubted his home furnishings from Arizona would mesh with the western décor.

The room reflected her personality and life philosophy: quirky, bohemian, old items interspersed with new. Some pieces were high-end, some were low-rent. Vibrant colors and random fabric patterns and textures. Organic mixed with luxurious. Her heart told her to clear this space because everything in it was personal, but her practical side warned that Gavin might see an empty room as a hostile move.

But dammit, she did feel like her house was being invaded.

Rory poked her head out the swinging door separating the kitchen from the great room. “Your martini is ready.”

Entering the kitchen reinforced Rielle’s melancholy mood; the house teemed with life with Rory in residence. Music drifted from her iPod speakers and she danced around the island, singing to country tunes.

Rielle squinted at the three glasses. “You expecting someone else?”

The door swung open and Ainsley Hamilton meandered in. She ditched her high heels first thing. “I hope you made those drinks strong, Rory, because I’ve had a bitch of a day.” Ainsley grinned at Rielle. “Heya, neighbor. You ready for this?”

Rory mimed zipping her lips. Then she said brightly, “Belly up to the bar, ladies, and sample my latest concoction. A lemon-drop martini with an Asian twist.”

Rielle slid onto the barstool. Even if the cocktail tasted like crap, she’d get an A for presentation. Sugar-rimmed glasses, a slice of lemon, pieces of lemongrass twined around a cocktail pick weighted at the bottom with a chunk of amber-colored candied ginger.

Ainsley raised her glass. “To the support of good friends.”

They clinked glasses and knocked back a swallow.

“Wow, Rory, this has got to be your best drink ever,” Rielle said, sucking down another taste.

“Thank you, but I can’t take full credit. I tweaked the recipe from a guy who bartends at the hipster joint in Laramie.”

“It’s fantastic. Damn potent, so I’ll only have one.” Ainsley tipped back another swallow. “Unless you’re driving us into town?”

“We all are. See, Rory and I got to chatting…about our discussion at your fortieth birthday party last week.”

“I cannot be held responsible for anything I said since you all got me drunk.” Her head had pounded so horrifically the next morning she’d literally taken a dirt nap in her garden.

“This spilled out when you were sober, darlin’,” Ainsley reminded her.

“You sound more like Ben every day with
darlin’
this and
darlin’
that,” Rielle retorted.

“I’ll take that as a compliment.” She preened. “But it is what my loving—but clueless—husband said that caused your distress, so I feel the need to fix it.”

Rory refilled Rielle’s glass and sent Ainsley an insolent look. “I knew you’d take the wrong tack.” She set her elbows on the counter. “Mom. You’re not old. And we’re gonna deal with your claim that you look like a crone, because it’s a seriously fucked-up self-image.”

Her cheeks heated, but her tongue sharpened. “So where is your other cohort in crime, Doc Monroe? Has she set up an appointment with a plastic surgeon as her part of this embarrassing intervention?”

“Joely planned to be here but she had to deliver a baby.” Ainsley got right in Rielle’s face. “Dial down the animosity, sister, and listen up.”