Going Organic Can Kill You 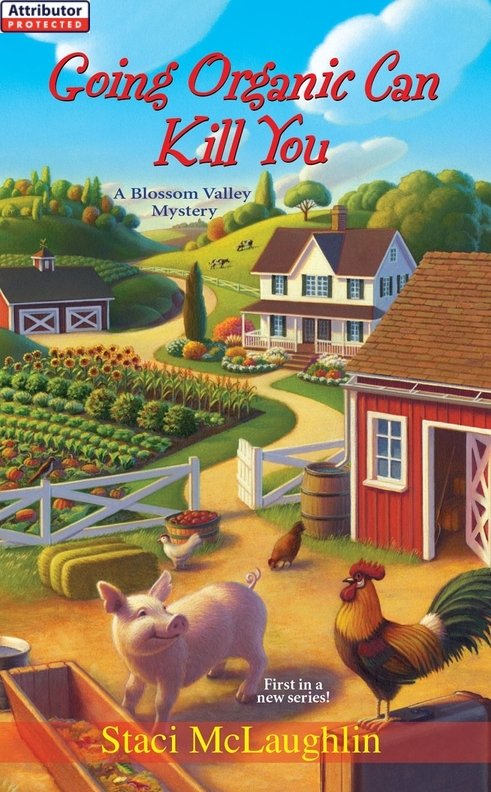 GOING ORGANIC CAN KILL YOU
I left the cart outside the door, grabbed a fresh stack of towels and stepped inside, pausing on the threshold. No response from the feet on the bed. I took a few steps forward, noting a book called
The History of Yoga
sitting on the coffee table, along with a laptop and small printer. Now that I was inside the room, I could see it was a man. Another two steps and I spotted the price tag sticking out of Maxwell’s yoga pants.
I studied his inert form, both hands bent at the elbows and tucked under his body. Odd way to sleep, but at least I hadn’t disturbed him yet. I stepped with a little more confidence now and quickly entered the bedroom. As I picked the bath towel off the floor, I heard a phone ring. My hand flew to my pocket, but I’d left my phone in my purse back at the house. The ringing was coming from the bed.
Shoot, what was Maxwell going to say when he woke up and saw me in his bathroom?
“I’m here to replace your towels,” I called over my shoulder, throwing a clean towel on the rod and turning around.
The phone rang again. Maxwell hadn’t moved. Either he was a sound sleeper or something was wrong.
I stepped over to the bed and looked at Maxwell’s face.
His eyes were wide open but unfocused.
Holy crap.
Maxwell was dead!
Going Organic Can Kill You
Staci McLaughlin