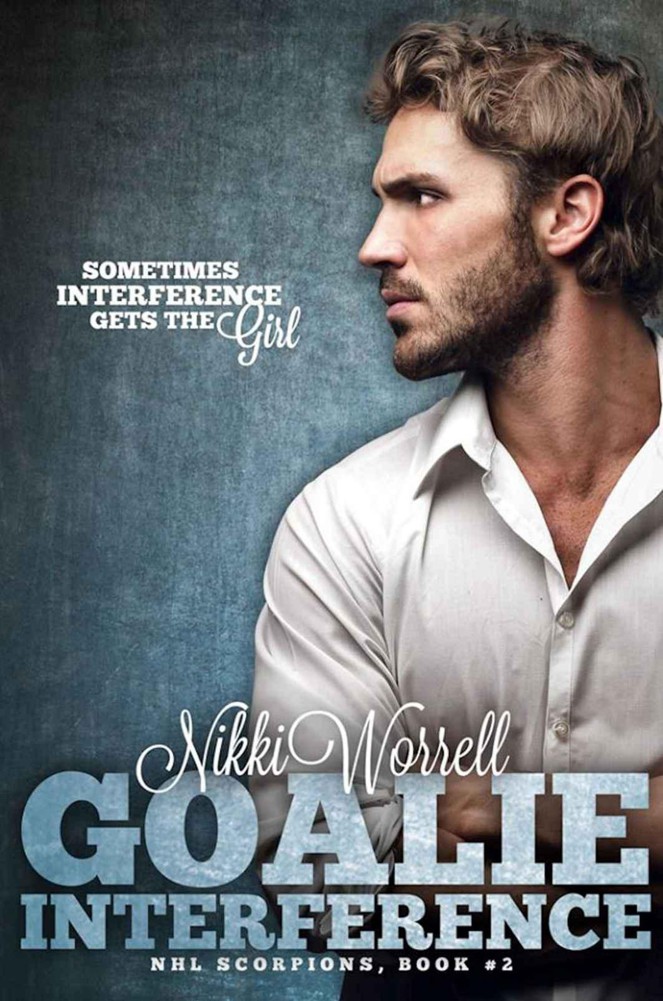 This book is a work of fiction. Names, characters, places and incidents either are products of the author’s imagination or are used fictitiously. Any resemblance to actual events or locales or persons, living or dead, is entirely coincidental.

My first book,
The Enforcer
, was dedicated to the NHL’s enforcers. This book is dedicated to all of the people who took a chance on me and read that book. Unless you’ve tried to write a book before, I don’t think you can truly understand how grateful new authors are for readers taking a chance on them. I was overwhelmed by the mostly positive reviews and support from you all, so I thank you allowing me to entertain you. Vlad and Zoe’s story was written with your entertainment in mind!

5-hole:
The area right between the goalie’s legs.

Butterfly Goalie:
A style of goaltending distinguished by the way the goalie quickly drops to his knees in order to guard the lower part of the net.

Checking:
Using the hip or body to knock an opponent against the boards or to the ice.

Cross Check:
penalty by checking an opponent with the stick held in both hands, rather than using a hip or body, possibly causing injury.

Faceoff:
The method used to begin play. One player from each team fights for the puck as the official drops it to start the play.

Poke Check:
Poking the puck away with the stick.

Power Play:
Results in the one team losing a player for two minutes or more, giving the other team an advantage to score.

War Room:
Office in Toronto where video is sent to review a questionable goal.

Vlad Bejsiuk, a Ukrainian goalie for the NHL’s San Diego Scorpions, was on his way to see the doctor. Periodic therapy sessions with the team’s sports psychologist were mandatory for the players, which was the
only
reason he was standing outside Dr. Zoe Millis’s door.

He had put off going for as long as he could. Therapy sessions were the bane of his existence. It took him over a year to get used to Dr. Phillips, and then she quit, mid-season, to become a stay-at-home mom. He was happy for her, but he didn’t like change.

Dr. Millis’s office was in her house, instead of at the rink where he had previously gone for his sessions. Taking a calming breath, he raised his hand to push the doorbell. Before he actually hit it, he got a look at the new doctor through the glass.

The first thing he noticed was a faint pink streak in her pixie-cropped hair. She was on the short side, which he loved. Her arms were toned, and her ass looked incredible in jeans that hugged her like a second skin. His eyes took in all of those details in the quick peek he got of her as she walked into the hallway and bent down to pick something up off the floor.

When she stood back up, Vlad got a nice view of her head on. She jumped back, surprised, throwing her hand over her heart when she saw him standing on the other side of the door. He still couldn’t seem to make himself push the doorbell.

As she walked toward him, he checked her out further. Her breasts were small and fit her petite frame perfectly. Vlad was more of an ass guy anyway. He forced himself to stop ogling her and pasted on what he hoped passed as a friendly smile.

When Zoe saw a man standing at her door, staring at her, her heart just about jumped out of her chest. It took her a second to recognize the Scorpions’ goalie. The only times she’d seen his face were when he was being interviewed after a game. Other than that, he had his goalie mask on, so he wasn’t as immediately recognizable as some of the other players.

Since she had noticed the way he checked her out, Zoe thought it might be a good idea to establish professional boundaries with him right from the start. She gave him a slight smile as she opened the door and introduced herself, “Hi, I’m Dr. Millis.”

Vlad shook her hand as he took a step toward her. “Zoe, right?”

Keeping her smile intact, she said, “Let’s stick to Dr. Millis for now. Come on in, and we’ll get started.” Zoe led the way through her kitchen to the rear of the house where her office was located. “Have a seat, Vlad.”

“I think we can stick to Mr. Bejsiuk for now.”

Zoe’s smile was real when she responded, “Touché, Mr. Bejsiuk. I didn’t mean to offend you; I just like to keep a professional relationship with my clients.” That actually wasn’t true. The truth was that Zoe hated being stuffy, but she was taught in school to keep a professional distance from all clients. Be nice, but not overly friendly; caring, but not to the point of emotional attachment. She was starting to think that approach might not work for her. Maybe it was because she was working with athletes. They were pretty laid back for the most part and treated everyone like a buddy. She quickly got the idea that she could use Vlad to experiment on; to try a new approach of interacting with her clients that was less formal, but still professional.

As they took their seats, Zoe noticed how much he filled his. She knew his stats said he was six-foot- one, and two hundred ten pounds. His stats did not mention how his dark, wavy hair was just long enough to charmingly curl over the top of his collar. They also didn’t mention his captivating light brown eyes. He had quite a few laugh lines there, as well, which only added to his allure—and alluring he was.