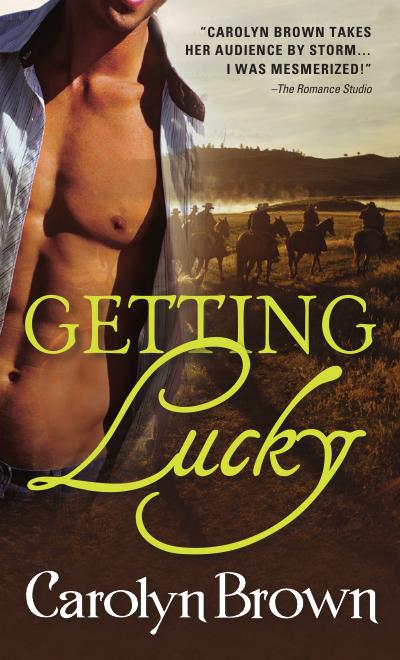 I Love This Bar

Lucky
Copyright © 2010 by Carolyn Brown
Cover and internal design © 2010 by Sourcebooks, Inc.
Cover design by Dawn Pope/Sourcebooks
Cover photo © William Albert Allard/Getty Images, © Jupiter Images
Sourcebooks and the colophon are registered trademarks of Source books, Inc.
All rights reserved. No part of this book may be reproduced in any form or by any electronic or mechanical means including information storage and retrieval systems except in the case of brief quotations embodied in critical articles or reviews without permission in writing from its publisher, Sourcebooks, Inc.
The characters and events portrayed in this book are fictitious or are used fictitiously. Any similarity to real persons, living or dead, is purely coincidental and not intended by the author.
Published by Sourcebooks Casablanca, an imprint of Sourcebooks, Inc.
P.O. Box 4410, Naperville, Illinois 60567 4410
(630) 961 3900
FAX: (630) 961 2168
www.sourcebooks.com