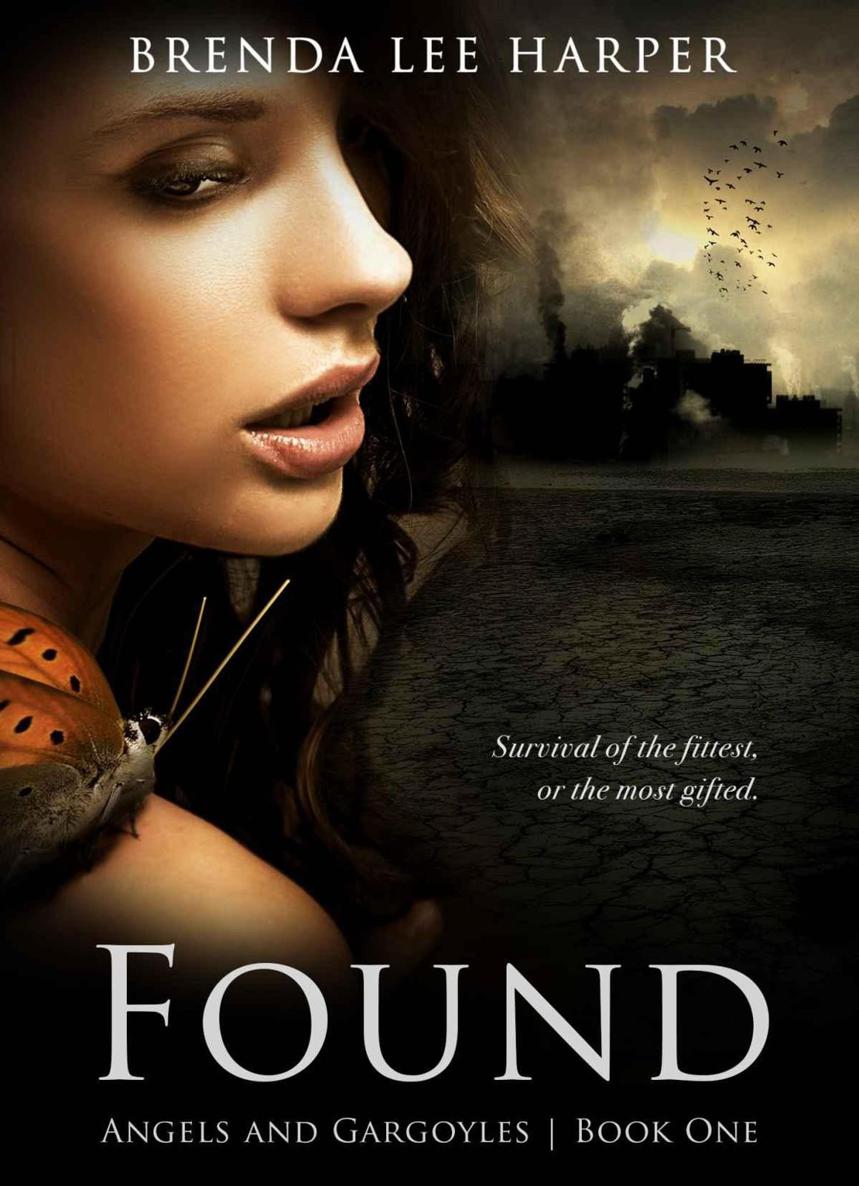 All Rights Reserved
. This book or any portion thereof may not be reproduced or used in any manner whatsoever without the express written permission of the publisher except for the use of brief quotations in a book review. All characters appearing in this work are fictitious. Any resemblance to real persons, living or dead is purely coincidental.

For questions and comments about this book, please contact us at
[email protected]

Dylan heard a scream outside her dorm room. She rushed to the door and wrenched it open just in time to see Denise, her nearest neighbor, stand shakily from the floor.

“You okay?” Dylan asked, just as she saw blood begin to drip from Denise’s hand.

“I tripped over the edge of the carpet.”

Dylan took hold of Denise’s wrist and pulled it toward her so that she could search for the source of the blood. It was only then that Denise became aware of the blood dripping from her palm. She gasped, her balance swaying for a moment. Dylan grabbed her arm to keep her from falling over.

“It’s not too bad,” Dylan said, even though she could see the gaping wound in the center of Denise’s palm. There was a sharp-edged binder on the floor near where Denise fell. She must have hit her hand on it when she fell. “Let’s go downstairs and find one of the guardians,” she suggested.

Denise nodded, but her eyes never left the wound on her hand. “It was stupid. I was running,” she said quietly. “I shouldn’t have been running.”

“No, it was just an accident,” Dylan said as she cupped her other hand under Denise’s to keep the blood from dripping on the new gray carpet.

They started down the hall when another of the adolescents came out of her room. Her name was Donna, a petite blond with the most amazing green eyes. The moment she stepped into the hallway, Dylan knew what she was going to do. She tried to stop her. She turned Denise away from her, drew her hand tight against her own green coveralls.

“I cut my hand,” Denise said, her voice wobbly as tears began to spill over her cheeks.

“It’s nothing,” Dylan said, pressing her hands tight over Denise’s in hopes to hide the blood. But there was just too much of it. It began to slip between Dylan’s fingers and soak into the front of her coveralls.

“No,” Dylan said immediately, narrowing her eyes at Donna in hopes of getting a silent message across to her. But Donna, whether intentionally or not, missed the message.

“Let her look,” Denise said, pulling at her hand and then grimacing as pain shot through her palm.

“No,” Dylan said again, even as Donna moved close to them and began to pry Dylan’s fingers away.

“Please,” Donna said, meeting Dylan’s eyes in such a way that Dylan knew she had intentionally been ignoring her. “Just let me look.”

“You can’t,” Dylan hissed into her ear. “If she tells someone—“

Dylan stared at Donna, her eyes pleading. “Don’t do this,” she whispered again.

“Do what?” Denise asked, her eyes wide with fear even as more tears spilled down her cheeks.

Donna touched her forehead, and Denise immediately calmed, her tears slowing. “It’s okay,” Donna said to her in a calm, soothing voice. “I’m just going to look at your hand.”

Denise bit her lip and nodded, a slow stream of mucous running over her upper lip into her mouth.

Dylan released Denise’s hand at Donna’s urging and let her take it. Dylan could see the deep cut, could see the shine of white bone in the long slit of broken flesh. It was bad. Denise would likely have to go to the infirmary and miss her final test. That was not a good thing.

Those who missed the final test were considered failures, no matter what the reason.

Donna held Denise’s hand in her own, cradling it in her palm like the head of a baby. She ran the index finger of her other hand along the length of the cut. As she did, Dylan could see the flesh, muscle, and tendons knitting themselves back together as though invisible needles were working their magic. And magic it was. Dylan had seen Donna do this before. On her own body when she once cut herself on a piece of glass while doing cleanup duty in the kitchen. Dylan had warned her then not to do this too often. If someone were to find out what she could do—

Just last week, a girl from A dorms had been dragged off to the Administration building after sprouting wings and flying over the adolescent courtyard. A month before that, another girl from their own dorm, D dorm, had been dragged away for using her super-strength to burst through a wall during a game of hide and seek with a group of other adolescents. She had forgotten herself, had forgotten to hide it.

Just as Donna was doing at that moment.

“If she tells someone…” Dylan whispered again.

Donna just smiled sweetly at her.

When the wound was completely healed, Donna turned to Denise and pressed the hand to Denise’s chest. “Go clean yourself up,” she said quietly.

Denise looked at Donna and then down at her hand. When she saw the blood stained over her fingers, but the lack of any wound, her eyes widened. “But…” was all she managed to say.

“It was just a small cut, but it sure bled a lot,” Donna said with a soft chuckle. “Funny thing, the human body.”

Denise continued to stare at both Donna and Dylan before she suddenly turned and ran to the bathrooms farther down the hall.

“No, she won’t,” Donna said. “She would have missed her final test if she had had to go to the infirmary. I just saved her from a life of being marked a failure.”

“But she could get you sent to the Administration if she tells anyone.”

“No,” Dylan agreed. She had her own reasons for not telling. Reasons she had no intention of sharing with anyone, not even Donna. “But that doesn’t mean Denise won’t,” she insisted.

Donna just smiled again with that softness that seemed almost angelic. Dylan didn’t have time for it.

She grabbed Donna’s arm and pulled her down the hall to her room. Once the door was closed, Dylan immediately began to undress, shedding the bloody coveralls for a clean pair. She tossed a pair of her own coveralls at Donna, too, since she had a few smears of blood across her breast as well. Donna just looked at them as though she had no idea what they were for.

Dylan groaned. “You won’t be able to deny anything Denise says if you have blood all over you.”

Donna put the coveralls down on the bottom of Dylan’s bed. “I won’t lie. If she turns me in, I’ll tell the truth.”

“Don’t be stupid,” Dylan said, but regretted the words as soon as the hurt flashed in Donna’s eyes. She walked over to her and touched her face lightly. “Please, Donna,” she said. “I don’t want to watch them take you to Administration.”

As though her words had called them, a knock came on Dylan’s door. She glanced at Donna, not as satisfied as she might have thought she would be to see the flash of fear in her eyes. Dylan gestured to her to move to the far side of the room as she crossed to the door. She listened for a second, her ears straining to hear anything that might tell her who was waiting on the other side. There was nothing. Not good.

Dylan glanced at Donna, watching as she slid out of her bloody coveralls and tossed them under the bed with the ones Dylan had taken off. She slid the clean ones on and was still zipping them as Dylan cracked the door.

“Is Donna in there with you, Dylan?”

It was the head guardian, Demetria. She smiled sweetly, her green eyes milkier than Donna’s, her hair a dark mass of long, thin strands. She was slightly taller than Dylan, but she couldn’t have been much older than Dylan’s seventeen years. Then again, no one in Genero was much older than thirty-five. Except the members of the council. Some of them were as old as forty-five.

“Why are you looking for Donna?” Dylan asked.

“For my own answers,” Demetria said, her eyes narrowing slightly at Dylan’s impetuous tone. Adolescents were supposed to be quiet, respectful. Eyes to the ground, yes ma’am, no ma’am, sort of thing. Dylan had never been very good at it.

“Is she here?” Demetria asked again.

“I’m here,” Donna said, moving up behind Dylan before she had a chance to respond.

“No,” Dylan whispered, laying her hand on Donna’s arm.

They were going to take her away. Dylan could hear it in their thoughts. Demetria was thinking it now as she studied Donna’s angelic face. And three guardians standing at the head of the stairs. And Denise.

“No one said she did,” Demetria said with a soft, condescending smile. “I simply wish to speak to her.”

Fear flashed through Donna’s mind so quickly that it nearly knocked Dylan off her feet as it reverberated in her own mind. She stumbled back as though someone had punched her in the stomach, drawing Donna with her. Demetria signaled to someone behind her and followed, grabbing Donna’s other arm.

“She didn’t do anything wrong,” Dylan said again, her voice rising several octaves.

“Stay out of it, Dylan,” Demetria said, her smile finally beginning to slip.

“Please, it’s only a week until the final test. We’ll be out of your hair then. Just leave her alone.”

“It’s okay,” Donna said, turning to Dylan as she slowly lifted each of Dylan’s fingers from her arm, one at a time. “I’m okay.”

But there was panic in her eyes, in the thoughts spinning around inside her head. They took Dylan’s breath as she listened to them, to the unending questions and the sense of fear that coated each and every one of them.

And then a single thought that suggested a little hope.

Maybe it’s a good thing. Maybe they will let me help those who need it most.

Dylan watched from the window of the commons room as two guardians led Donna away. She leaned her forehead against the cool glass and closed her eyes, trying to block out the thoughts she could hear streaming from Donna’s mind. But she couldn’t. Donna’s emotions were too high, her emotions too strong.

Blood And Honey by Hurley, Graham
Heroes (formerly Talisman of Troy) by Valerio Massimo Manfredi
State of Emergency by Sam Fisher
The Immortal American (The Immortal American Series) by Joramo, L. B.
Where I Was From by Joan Didion
Meet the Gecko by Wendelin van Draanen
Pampered to Death: A Deadly Calm Day Spa Mystery by Molly Dox
The Gist Hunter by Matthews Hughes
Europa Conspiracy (Babylon Rising 3) by Tim F. LaHaye
Animal's People by Indra Sinha