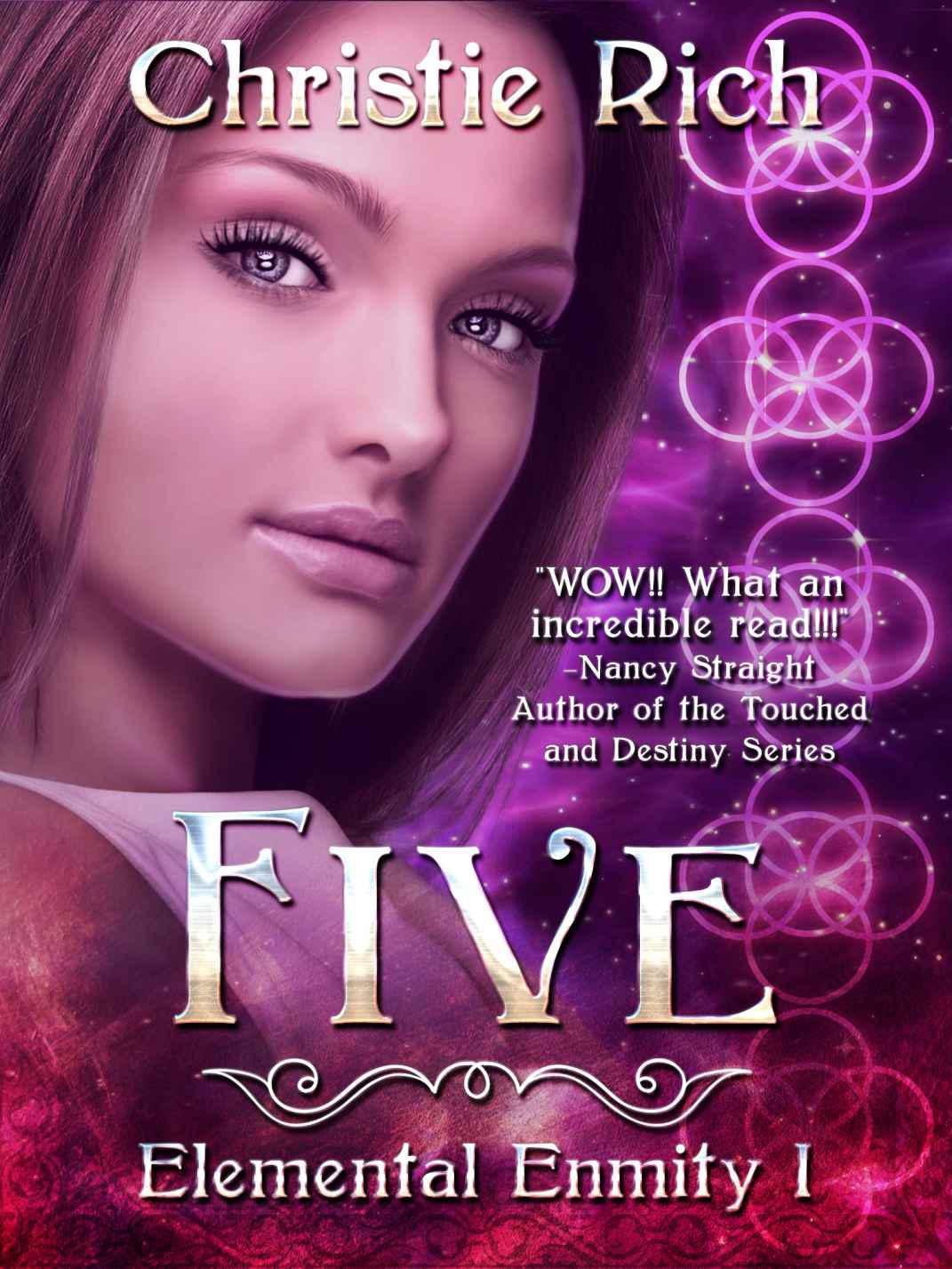 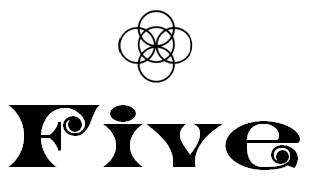 Without limiting the rights under copyright reserved above, no part of this publication may be reproduced, stored in or introduced into a retrieval system, or transmitted, in any form, or by any means (electronic, mechanical, photocopying, recording, or otherwise) without the prior written permission of the above author of this book.

This is a work of fiction. Names, characters, places, brands, media, and incidents are either the product of the author's imagination or are used fictitiously. The author acknowledges the trademarked status and trademark owners of various products referenced in this work of fiction, which have been used without permission. The publication/use of these trademarks is not authorized, associated with, or sponsored by the trademark owners.

Discover other titles by Christie Rich at
Amazon
.

I nearly turned around when I saw how tired Aunt Grace looked, but I had put this off long enough. The crinkles around her soft brown eyes betrayed years of worry, making her appear slightly older than forty-one. Her upper body slumped over a stack of bills as if they were chained to her neck. She shoved her fingers into her ginger hair at the nape and groaned as she went to work massaging what had to be tight muscles. Even though I hovered over her shoulder, she didn’t acknowledge me.

Hoping some of my pent up nerves would escape with my breath, I cleared my throat. “I need to talk to you about something,” I said, settling onto the chair opposite her. Despite my efforts in preparing for this confrontation, my voice came out tiny. The worst part was that my eyes wanted to roam to the gigantic stack of dishes that had mysteriously taken on the appearance of the Leaning Tower of Pisa. I held my breath, worried that any sort of errant current would topple our chip-ware onto the dirt-ridden hardwood floor.

Where was Travis, anyway? Knowing him he was in hiding, trying to get out of his turn—again.

“Hmm,” she said absently, scanning the bill in her hand. “Can’t it wait?”

“Grace,” I stated in the most grown-up tone I could muster. She cocked a brow but still didn’t bother to look up. “I’ve thought this through, and I want to go to St. Mary’s College with Cassie.”

“You are not Catholic,” she said, placing down her pen. Faster than I could look away she locked her gaze onto mine. Her usually warm brown eyes roamed over me, coating me with a frosty mist.

I frowned. “What does
that
have to do with it?” She wasn’t acting the way I had imagined. Cassie and I had gone over this a thousand times. I had been sure she would use her old standby—money.

“The school is based around a religion you do not practice.” She groaned in clear displeasure. “We have discussed this, Rayla. I need you close to home.”

What she really needed was a free nanny. What a joke. Her idea of discussion had been an emphatic “No” when I mentioned I wanted to check out other schools besides Snow College. “Jenny’s old enough to take care of Sarah,” I pleaded. I was ten when I started watching my cousins after school. Jenny just turned twelve. “Besides, I won’t be here anyway.”

“I’m relying on you to come home on the weekends. Jenny isn’t ready for that much responsibility.”

“We each have to do our part. Do you think you should have different obligations than the rest of us?”

The guilt she flung at me tried to stick. Too bad for her I wasn’t going to change my mind. “I just want to—”

“None of us get exactly what we want. I can think of better things to do with my time than find ways to pay for you to have shelter over your head.”

My words came out in a rush. “Don’t you want different for your children?” Too late, I realized my mistake—I was not her child. She made sure I knew that from the day Mom disappeared. Don’t get me wrong. Aunt Grace had shown me unending kindness. She loved me, but she always kept a distance between us that wasn’t present in her relationship with her own kids.

Her pinched lips turned in a forced smile. “That’s why I’ve agreed to let you go to Snow. I had hoped you would be grateful.” Her eyes narrowed, her breath whooshing out in a gust. “It doesn’t appear that either one of us is going to get what we want tonight.”

How could she be so cold? She wasn’t even willing to hear my side of things. Her expression was steel, the set of her jaw granite. Changing her mind may have been hopeless, but I was going to make certain she understood how I felt. “When have I ever gotten what I wanted—the time you let me go to Disney Land with Cassie?”

“Oh wait,” I said, right over the top of her tired excuse. “I didn’t get to go with her because I had to babysit. That’s all I’ve done for the last five years!”

Her tone dripped ice with a dash of hostility. “I realize you’ve made sacrifices, but no more than any other member of this family.”

She had no right to treat me this way. I’d given up every bit of a social life to help her. I’d more than earned a four year leave of absence. “I would rather work ten hours a day at the pig farm than waste my life taking care of your brats!” I couldn’t stand to be in the same room with her. At this point I would have preferred a different continent.

Letting out a disgusted groan, I bolted out the back door. Aunt Grace stayed right on my heels. Rigid fingers slammed against my shoulder, halting me. “I know I expect a lot from you, but I’m only doing what’s best for everyone.”

I whirled around, glaring with every bit of animosity I had in me. A sharp gasp escaped her lips before she pulled her hand back. “No, Aunt Grace. What you’re doing is ruining my life!” With that said, I took off up the hill.

She called after me, but I didn’t want to hear it anymore. My skin prickled from the chilly night air. I should have grabbed a jacket, but I wasn’t about to turn around. Hoping it would warm me up, I started into a run. By the time I reached Cassie’s house, sweat soaked my shirt, yet my arms could easily have been mistaken for a plucked chicken.

I rang the bell and bent over, resting my hands on my knees, panting. To my surprise Mr. Lambert opened the door. He wasn’t supposed to be in town this weekend. I stood up and tried to smile, but from his worried expression, my attempt fell short of realistic.

He took one look at me and rushed to my side. “What on Earth? What’s wrong?”

My voice came out soft, defeated. “Is Cassie around? I need to talk to her.”

He ushered me through the door, briskly rubbing his hand over my arm. The heat of his skin burned. “It must be thirty degrees out there. Where’s your coat?”

I pulled in a deep breath. “Forgot it.”

He nodded. “Did you have a fight with Grace again?”

“She’s the most ridiculous person alive. I didn’t even get to tell her about my scholarship.” A ragged sigh escaped me. “She just said no.” I swiped the moisture out of my eyes and gritted my teeth, determined to not break down in front of him. Even though he hadn’t ever mentioned it, he had to have pulled some strings to get me accepted into St. Mary’s College, not to mention the scholarship that came out of nowhere. If I couldn’t go, it would be a total slap in the face to his generosity.

He smiled at me, nudging my chin. “Give her time to mull it over. She’ll come around.”

“Rayla?” Cassie asked, pulling my attention to the ornately carved staircase. Wider than most hallways, it curved gracefully along the rich paneled wall. “What are you…” Her face turned in a frown when our eyes met.

I ran over to her and shook my head in response to her unfinished question. Her pale eyes softened with compassion as she placed an arm around my shoulder. “We’ll be upstairs, Dad.”

Was that really supposed to make me feel better? My tomorrows had no chance of getting any brighter if I didn’t do something to change my life. I returned his smile then let Cassie guide me to her room.

She pressed her door closed as I flopped on the bed, pulling the covers over me. The TV showed an old rerun of Happy Days. I grunted, wishing my life could be that uncomplicated.

“Spill,” she said, sitting beside me.

Blinking away more tears, I tucked my arms around my stomach. “She wouldn’t even listen to me. I hate her!”

Cassie touched my arm. “Maybe we should just go to Snow our first year. We could transfer to St. Mary’s next year when she’s had time to get used to you being gone.”

I shook my head. “She wants me home every blasted weekend. Said Jenny couldn’t handle taking care of Sarah.”

Cassie sucked on her bottom lip, gazing up at the ceiling as if it were a starlit sky. She shrugged after a while. “I just don’t see how we could make it work.”

She gave me a mournful smile. “Grace is the only family you have left. Don’t you think you should just cool off for a bit?”

Now I Know by Lewis, Dan
Echoes of the Heart by Webb, Carole
Mary Fran and Matthew by Grace Burrowes
Downers Grove by Michael Hornburg
The Light and the Dark by Shishkin, Mikhail
Hearts of Darkness by Kira Brady
Dresden Weihnachten by Edward von Behrer
Flight by Colmer, Siena
The Covent Garden Ladies by Hallie Rubenhold
Louis L'Amour by The Warrior's Path