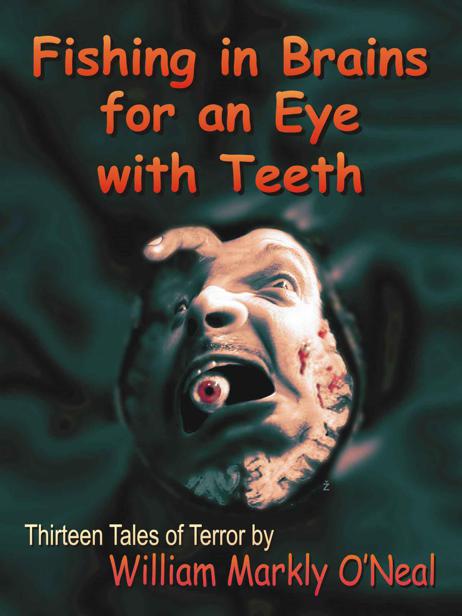 This is a work of fiction.  The events and characters in these stories are imaginary and are not intended to refer to living persons.  All the people and circumstances herein are purely a product of the author’s morbid mind.

THIS IS NOT A TEST!

I Was a Teenage Beehive

The Legend of Bullet Lake

She Dreams of Murder

__________________
In his modest home in the small American city of Middleridge, Indiana, Jack Curtis Carver sat alone at his kitchen table in front of a newly opened bottle of Jack Daniels, a glass, his untouched microwave supper, and the morning newspaper.  On the front page of
The Middleridge Daily Messenger
were five photographs of young ladies.  All the women bore a striking resemblance to each other; all were petite, dark-haired, dark-eyed stunners.  Four of the beauties were dead.  The fifth went missing two days ago.  In his capacity as Sheriff of Trinity County, it was Jack's duty to stop a serial killer.

So far, Sheriff Carver had failed miserably at his job.

It all started three months ago.  It seemed like a lifetime to Jack.

The off-duty lawman poured himself a swallow of whiskey as he stared at the photograph of nineteen-year-old Diana Mae Humphries, the oldest daughter of Josh and Marla Humphries.  At the time of her death, Diana was living at home with her parents and two younger sisters while she attended Ivy Tech, the local community college.

Diana's partially nude body was found in a cornfield on Herb Livergood's farm.  Her murder was especially disturbing because there hadn't been a slaying in this farming community in almost six years, a fact in which Jack took (too much) pride.

Initial suspicion fell on Diana's old high school sweetheart.  No one dreamed (least of all Sheriff Carver) that a serial killer was just getting warmed up in the Hoosier heartland.

He looked then at the bridal picture of twenty-one-year-old Carla Consuelo Ortiz Johnson, newlywed wife of Chuck Johnson, manager of the Main Street Pizza King.  Her abduction took place two weeks after Diana Humphries' and the circumstances surrounding her death were eerily similar to those of Diana's.  Using ether, the murderer knocked Carla unconscious, bound her, and then transported her to some secret location where he raped and strangled her.

It was determined that the Cornfield Killer (a name quickly adopted by the editors of
The
Daily Messenger
) then
bathed
the corpse, ridding it of all incriminating evidence, before wrapping it in plastic and dumping it in Gabe Wagner's cornfield.

Sighing heavily, Jack poured himself another shot of whiskey, bigger than the first, and threw it down his throat.  “I'm sorry,” he told the picture of Carla and her beaming groom.

Clutching his chest against the burn of the Jack Daniels, Sheriff Carver looked next at the photograph of twenty-four-year-old Paula Elizabeth Shepherd.  Paula was both a beautician and a bartender, a popular gal with many friends (and at least three lovers).  Her father, Scott Shepherd was a prominent businessman, owner of both the Sweet Sleep Motel and Lit Kickers, the bar where Paula worked.  Paula's murder sent shockwaves throughout the county.

The coroner's examination determined that the Cornfield Killer sexually abused Paula for at least three days before finally strangling her.  Her violated corpse was discovered in Roger Haskell's cornfield.

Jack's third shot of whiskey was the biggest yet.  He told Paula, her parents, and her many admirers, “I'm so sorry,” then gulped down three swallows of booze.

Through the cloud of his mourning, Jack felt a flash of anger when he realized,
I'm not drunk yet
.  He didn't feel like the alcohol had affected him in the slightest.

He poured more bourbon—
glurg, glurg, glurg
— as he shifted his focus to the photograph of the fourth victim, discovered just eleven days ago.  She was twenty-year-old Julia Paige Kendall, the daughter of Douglas Kendall, or “Reverend Doug” as he was known around here.  Doug and Betty Sue Kendall had four sons but Julia was their only girl.  From his pulpit last Sunday, Reverend Doug called the Cornfield Killer “an agent of Hell.”

Jack couldn't agree more.  With every murder, the savagery increased.  Julia's body was the most brutalized of them all.

Jack Carver threw back three more swallows of Jack Daniels.  He belched, winced at an upsurge of heartburn, and then told Julia and the Kendalls (and all their extended family: the seventy-two members of the Hawthorne First Baptist Church), “I'm very sorry.”

Jack's uncle, grandfather, and great-grandfather were all former Sheriffs of Trinity County.  His cousin Nick was a long-time patrolman on the Middleridge Police Department.  Jack had lived in this city his entire life.  The F.B.I. agents helping with this case were decent enough men— intelligent, highly competent— but when all of this was over, they would ultimately return to Indianapolis.  When the dust finally settled and the death count was forever fixed, people around here would blame
Jack
for the carnage.

And even if the people
didn't
blame him... Jack would blame himself.

The off-duty Sheriff couldn't force himself to look at the last photograph, the one of his goddaughter.

Nineteen-year-old Laura Hannah Eaton was the only child of Jack's best friend and next door neighbor, Doctor Edward Eaton, DDS.  Like the Cornfield Killer's first victim- Diana Humphries- Laura was living at home while she attended college.  She also worked part-time at Home Depot.

Jack was the best man at Ed's wedding when he married Joanie.  Jack was at St. Michael's Hospital on the night Laura was born.  Jack was never so proud in his life as when he was made Laura's godfather.

A divorced forty-six-year-old man, with no immediate family of his own, Jack had long been like an extended member of the Eaton clan.  A month ago, Jack sat across from Laura at the Eaton's dining room table on Spaghetti Night.  She had shuddered at the brief mention of the Cornfield Killer, saying she and all her friends were “creeped out” by him.

Everyone knew not to trust any strangers in the area... which led to the frightening conjecture that the killer knew all his victims.

Two nights ago, Laura was driven home by a couple of her friends after going shopping at Kohl's.  They dropped Laura off in front of her house (right next door), saw her go up onto the porch, but didn't wait until she went inside before driving away.

Laura hadn't been seen since.

Jack tried to maintain hope that she was still alive.

Deep down, he believed the sweetest girl on the planet was probably dead.

The cuckoo clock in the front hall chirped twelve times, announcing the beginning of a new day.

Someone knocked on Jack's front door.

Sitting at his kitchen table, barely moving, (except for his eyes and his drinking arm), he didn't think he was buzzed at all.  When he stood up, however, Jack realized he was drunk.

He staggered, feeling dizzy, and plopped back down in his chair, realizing he was
very
drunk.

“You shouldn't imbibe this much, Sheriff,” he muttered, pulling himself to his feet again.  Leaving the kitchen, he stumbled through his never-used dining room, out into the front hall, thinking,
It's all over now, Jacky boy.  That's one of the Suits come to tell you Laura's body has been found.  You're about to be needed in your official capacity as Johnny-After-the-Disaster
(instead of Johnny-On-The-Spot)
and very soon the entire fucking world is going to learn what a total
fuck-up
you are.

Jack assumed whoever came to his house at this late hour was going to be bearing bad news.

The last thing he expected was an offer of help.

At the front door, he placed his right eye to the peephole and saw a strange woman standing on his front porch.

Jack flipped on the outside light, cranked open the lock, disengaged the deadbolt, and opened the door.

The lady on his stoop was dressed in a simple black summer dress.  Jack judged her to be approximately thirty years old, 5'2" tall, weighing no more than 110 hundred pounds.  She was thin and willowy compared to Jack's beefy 5'11", 280-pound girth.

Her silky hair was oily black, cut short, hugging her head, with razor-straight bangs riding her tight eyebrows.  Her eyes possessed elaborate shades of green.  Her complexion was as pale as the moonlight.

Capturing Jack with an unblinking (beautiful) gaze, the lady said to him, “We can help you save Laura Eaton's life.”

Jack was so startled by this declaration he took a step back, his drunken right hand instinctively reaching for the gun he just then realized he wasn't wearing.

The woman continued to stare at him— her face stoic, her eyes expressive.

Finally he gathered enough of his drunken wits to ask, “What do you mean: '
we
?' Who
are
you?”

“My sisters and I have been wandering.  When we came upon your beleaguered community, we were saddened to learn how this Cornfield Killer has terrorized everyone.  We have decided to help.”

Jack struggled to get into Sheriff-mode, fighting against the alcohol.  With difficulty, speaking slowly so he didn't slur his words, he demanded more information, “What's your name?  And what do you know about the Cornfield Killer?”

The woman's eyes sparkled dramatically as she insisted, “Laura
is
still alive, Sheriff.”

In the normal course of his life, Jack was usually able to keep a tight rein on his emotions.  Lately, however, especially with Laura's abduction, he'd felt like he was on the verge of an emotional collapse.  Tonight, he'd decided he was going to get drunk and break down.

He hadn't cried since Janet asked him for a divorce but he had intended to cry tonight, alone in the dark— except for the ghosts of five young women.

Deep down in his heart, he was
certain
his goddaughter was gone.  Now, suddenly, improbably, this bizarre wisp of a person was offering him hope that sweet little Laura was still alive.

Tears welled up in his eyes.

He turned away from the stranger, not wanting her to see his weakness (and yet, conversely, on another level, not caring if she did.)

Softly, the woman said, “Aren't you going to invite me in, Sheriff Carver?”

Hearing her call him 'Sheriff Carver' restored some of the professionalism he'd sacrificed to guilt and Jack Daniels.

“Yes, of course” replied the long-time lawman.  He stepped back, waving her forward.  “Come on in.”

She introduced herself, “My name is Clara Sensora.”

An owl gave a strange, pained hoot from a nearby tree as she entered Jack's home.

The next day, as usual, Sheriff Carver had absolutely nothing meaningful to contribute to the Cornfield Killer investigation.

F.B.I. Agents Coopersmith and Creasey conducted the morning meeting with Jack and his deputies.

The law enforcers worked the connections again, reviewing what they already knew.

Two of the victims went to the same church.

Two others (including Laura) attended classes at Ivy Tech.

Shadow's Awakening: The Shadow Warder Series, Book One (An Urban Fantasy Romance Series) by Molle McGregor
A Great Deliverance by Elizabeth George
Destiny (Waiting for Forever) by Mayfield, Jamie
Ghosting by Jonathan Kemp
Ripper by David Lynn Golemon
Broken Bear: Unleashed Passion by Stella Bryce
The Order of the Scales by Stephen Deas
Lasting Damage by Sophie Hannah
All We Have Left by Wendy Mills
Bruiser: A Lonely Housewife Embarks on a Passionate Affair with an Alpha Male MMA Fighter by Scarlet, Simone