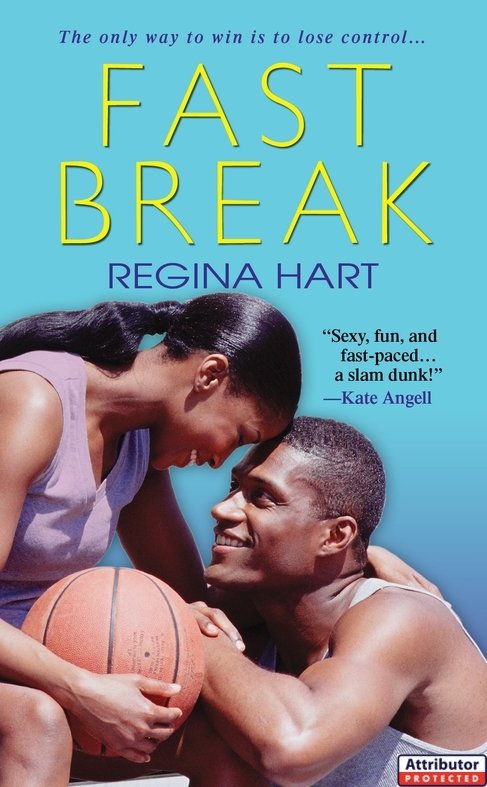 FAST BREAK
DeMarcus's mind spun at Jaclyn's contrasts. Sweet and spicy. Bold and bashful. He wanted to taste her, all of her. He tightened his hold on her thigh and pressed his hips hard into hers.
Jaclyn broke their kiss. “Marc. Wait.”
DeMarcus froze. His left hand pressed her breast; his right hand cupped her thigh. His body ached. “All right.”
Jaclyn opened her eyes. She pressed her hand against his chest, creating more room between them. “I'd be lying if I said I didn't want you. What an understatement.” Her chuckle was breathless and awkward. “But things are complicated enough for both of us without adding a sexual relationship.”
DeMarcus made himself release her. He turned away from Jaclyn's scent and breathed deeply to clear his mind. “You're right. You're my boss. This isn't a good idea.”
“I'm glad we can be sensible about this.” She didn't sound glad. Small comfort.
DeMarcus collected his jacket from her kitchen chair before facing her again. His palm tingled from the feel of her. His body ached from the taste of her. “We can be sensible. But for how long?”
FAST BREAK
Â
Â
REGINA HART
Â
Â
Â

No Sugar by Jack Davis
Wicked Memories (CASTLE OF DARK DREAMS) by Bangs, Nina
Mastered By Love by Tori Minard
Blue Collar Blues by Rosalyn McMillan
I Hated to Do It: Stories of a Life by Donald C. Farber
The Hazards of Mistletoe by Alyssa Rose Ivy
Intrusion by Cynthia Justlin
Death by Chocolate Cake: A Bakery Detectives Cozy Mystery by Stacey Alabaster
The Birds of the Air by Alice Thomas Ellis
Meows, Magic & Murder by Madison Johns