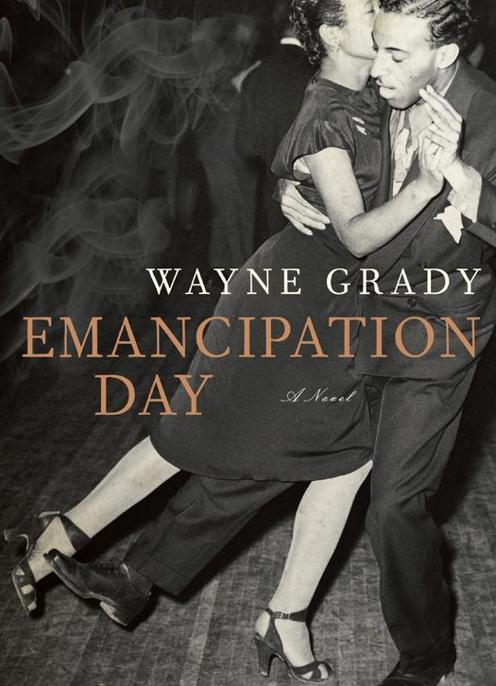 All rights reserved. The use of any part of this publication, reproduced, transmitted in any form or by any means electronic, mechanical, photocopying, recording or otherwise, or stored in a retrieval system without the prior written consent of the publisher—or in the case of photocopying or other reprographic copying, license from the Canadian Copyright Licensing agency—is an infringement of the copyright law.

Published in Canada by Doubleday Canada, a division of Random House of Canada Limited

To my parents, Albert and Zoë Grady:

And, always, to Merilyn.

W
illiam Henry Lewis, of W. H. Lewis & Sons, Ltd., Plasterers, Willie to his wife, Will to his brother and friends, the Old Man to his sons, Pop to his daughter, William Henry to his mama who was living in Ypsilanti or Cassopolis, no one was certain where or even if she was still alive, she’d be in her nineties, and also William Henry to himself, sat regally in his father’s ancient barber chair, his hands spread across his knees under the blue pinstriped barber’s bib, and watched himself in the large wall mirror while his brother, Harlan, shaved his chin. Harlan had owned this barbershop off the lobby of the British-American Hotel since the death of their father, Andrew Jackson Lewis, who fell dead from this very chair onto this very terrazzo
floor on a hot Saturday in July of 1911, thirty-two years ago now, after a longer than usual bout of drinking during which he had taken to sleeping in the barbershop rather than going home to his wife and family. Harlan lived upstairs in one of the hotel’s smaller rooms, and kept two chairs going even though there was just the one barber, also worked as night watchman at Lansberry’s Pharmacy across the street after six p.m., also played Stepin Fetchit for the hotel’s white manager, also shone shoes out in the lobby if anyone asked him to. There was nothing William Henry loved more than being shaved by his brother Harlan.

William Henry had been coming to the shop every day to have his morning shave and occasionally his hair trimmed since the day after their father’s funeral, a habit that had not altered with his marriage to Josie the year after, nor upon the birth of their three children, despite the many times it would have been more convenient, because of work or the drink, to stay home and shave himself or not be shaved at all. William Henry was vain about this, he knew it, others knew it, too, and said so, but all flesh was vanity, and he liked the routine of it, it was like going to church except that church cost money and his brother never charged him a nickel, nor so much as mentioned money even to remark upon the absence of it. His coming here was a comfort to them both. They’d been doing it too long now for him to say he looked forward to it, it would be like saying he looked forward to breathing, or to the Detroit River flowing past. Thirty-two years was a long time. He tried to think of
something he could start now that would go on for thirty-two more years, but he couldn’t think of a thing. Maybe something his son, Benny, could do with him every day, but what? When you came to think of it, there weren’t many things in life you did every day and liked doing.

Harlan talked and William Henry mostly listened or read the Detroit
Free Press
or the Windsor
Daily Star
, even though, as he would say if there were another customer waiting, “the
Free Press
ain’t free and stars don’t come out in the daytime,” now and then grunting when he agreed or disagreed with something he read or his brother said. There was always something new to listen to or read about. These days it was the war. The many coloureds who were migrating north to work in the Detroit armament factories. The many whites who were moving out of downtown Detroit for that very reason. The war was none of his or Harlan’s concern, except that it did affect business. Folks had worn their hair long during the Depression, Harlan said, almost over their collars, but now that the war was on they seemed to prefer a more military cut, even the civilians, and not just the coloureds. Everyone wanted to look like they just been called up, or would be any day now, or else just got back and wanted everyone to know it. William Henry countered with how the plastering business had picked up, too, what with everyone wanting little one-room apartments in their houses to rent to the new workers, or for when the soldiers returned. He liked the smell of the toilet water Harlan used, and the talcum powder that he sprinkled on the brush before whisking the cut hairs off
the back of a customer’s neck. His own hair was thin and wavy, not wiry like some, his brother had no trouble getting even a fine-toothed comb through it, and his skin was light enough that when he did go to church he sat right up at the front and did not look around. He could have been called up for service, but he was too old. Fifty-two. Old as a poker deck.

“What’s that boy of yours up to today, Will?” Harlan said, finishing up a cheek. He lightly touched the underside of William Henry’s chin with the tip of his forefinger, and William Henry tilted his head back so that his brother could get at his throat.

“I meant Jackson. He helpin’ you out?”

William Henry grunted. He saw Harlan stop and look at him in the mirror, the razor poised in the air like a bandleader’s baton. Harlan favoured Jackson, always had. So did his mother. Jackson was her heart. It was always Jackson this and Jackson that. A person would think Jackson was Harlan’s son, not William Henry’s. The truth was, Jackson was a disappointment. Worse than that, a disgrace.

“He helps some,” William Henry said. “His heart ain’t in it, though.”

“Some people ain’t cut out for hard work.”

“Barberin’s hard work,” Harlan said, as though William Henry had been referring to him. “On your feet all day, breathin’ in little bits of hair. Remember how Daddy got so he couldn’t
close the scissors no more, his fingers were so swole up?”

There was a pause accompanied by the scrape of straight razor on stubble. William Henry thought about his own grip on a trowel. When Harlan stopped to run the blade under the hot water tap, William Henry said, “That’s the arthritis settin’ in.”

Harlan wiped the extra shaving cream off William Henry’s neck and wrapped a warm, scented, damp towel around his face, covering his nose and forehead. William Henry closed his eyes and breathed in the fragrant steam, his favourite moment of the whole shave. It took him back to when his wife, Josie, had been in service in his father’s house, after they got her from the Hôtel-Dieu orphanage. They’d had some money then, and Mama needed looking after. He would watch Josie make beds and be aware of her even when she was in another room, when she opened the windows to let in fresh air and the warm scent of lilacs filled the house. He thought then she would make a fine wife, and she had agreed, but his father had put his foot down even though they were as dark as she was. No son of mine marryin’ no servant girl. But then the old man died and all opposition to the marriage died with him, because Mama just packed up and left the house to him and Harlan while she went back to somewhere in Michigan, maybe Kalamazoo or Lansing, Harlan said with a salesman who came to her door one day selling clothespins, but that didn’t make it so, Harlan saying it. Harlan would say anything to keep the air from going flat around him.

He found himself remembering the walk up Ouellette Avenue in September to the registry office with Josie on his arm, to get their marriage licence. He was nervous as a cat, but she was calm and collected. The nuns at the orphanage hadn’t told them much about her other than her name, Josephine Rickman, and that she might have been dark from being Jewish. Something about her father being a bandleader, but that didn’t make sense to anybody, so they ignored it. Josie herself maintained that her father was a minister in the African Methodist Episcopal Church, and had moved back to Indiana, but she might have said that to scandalize the nuns.

“What’ll we say your mama’s name was, Josie?” William Henry asked her when they were halfway to the registry office. He thought they’d best get that part straight, at least.

“Mildred, you know that.”

“That gonna be your name, then? Josie Hughes?”

“I took after my daddy’s name. Josephine Constance O’Sullivan Rickman.”

“Where’n hell you get all them names from?”

“Constance the name the nuns give me at the orphanage. I don’t know where O’Sullivan come from, that was part of my daddy’s name. You just put it down like I told you. Josephine Constance O’Sullivan Rickman.”

“An’ how old are you, Miss Josie-fine Constance O’Sullivan Hughes Rickman Soon-To-Be Lewis?”

“No it don’t. Lots of people is twenty. Eighteen look suspicious.”

He had to admit she was better at hiding things than he was.

But at the registry office the white clerk behind the counter took a shrewd look at Josie and said that if she was twenty he’d eat his hat, but he filled out the form for them anyway.

“You people don’t hold back none, do you?” the clerk said. “Might as well make it legal.”

Then the idiot filled the form out wrong. Where the form asked for Name of Wife the clerk wrote “Josephine Constance Rickman.” There wasn’t space for all them other names. In the box marked Place of Birth, for William Henry the man wrote “Windsor,” but Josie didn’t know where she was born so he just shook his head and wrote her name again, this time leaving out the Constance. And in the box marked Spinster or Widow, he put “Coloured.”

“Coloured a state of marriage now, is it?” Josie said, she always did have a tongue on her, but the clerk didn’t even look up. And on William Henry’s form, under Nationality, the clerk again wrote “Coloured.” It was like he was registering mongrel pups at the city pound. Josie glared at the man and held her
peace, like the nuns taught her. But he had to practically drag her out of there.

Hunted Love Box Set: Big Game, Bounty, Captured by Lowe, Aden
Promises by Jo Barrett
The Family by Kitty Kelley
Red Sky at Sunrise: Cider with Rosie, As I Walked Out One Midsummer Morning, A Moment of War by Lee, Laurie
Deep in the Heart by Sharon Sala
Sinful Weekend by Francesca St. Claire
A Classic Crime Collection by Edgar Allan Poe
Homo Avatarius: ( Your Consciousness is an Alien ) by Alblood, JT
Blood and Mistletoe by E. J. Stevens
Legends by Robert Littell