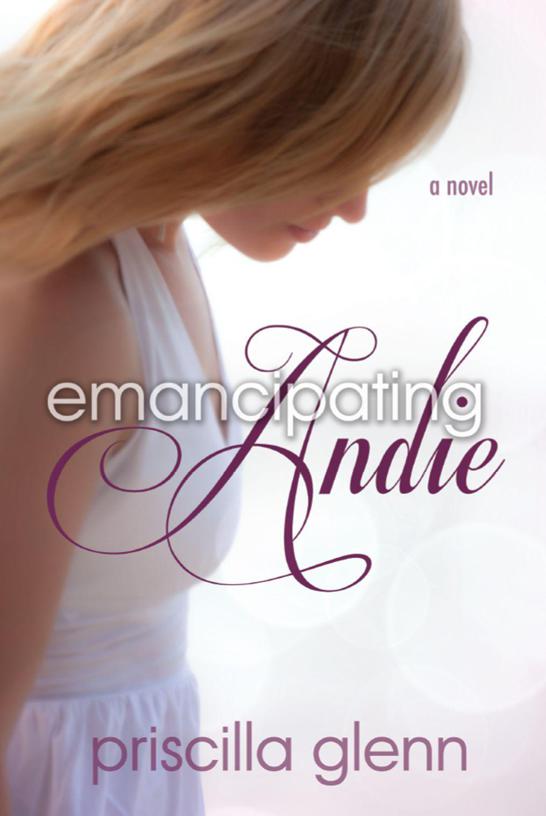 This was going to be weird.

There was no getting around it, and there was no one who would be able to convince her otherwise. She knew what her best friend would say if she were there. “It’s no big deal. You’re not signing away your soul in blood. Just go have fun. Don’t get all Andie.”

Don’t get all Andie
was always Tracey’s closing argument, the term she would use whenever she felt someone was being too analytical, or when someone expressed anxiety or disapproval over something. But this time, Andie thought,
getting all Andie
was completely justified.

She leaned closer to the mirror, putting on a second coat of mascara. Tonight would only be the second time she’d be going out with Colin, and yet he was taking her to some party with all of his old friends from high school. She had agreed to go, because she liked Colin, and because she had no good reason to turn him down, but she couldn’t shake the image of being the awkward outsider at some high school reunion. Not really the ideal situation for a second date.

“Shut up and be happy you’re getting a second date,”
she could almost hear Tracey say in response, and she smiled to herself as she capped the mascara and tossed it back in her makeup case. Andie had known Tracey since the third grade, providing her with a front row seat to all of her friend’s relationships, if she were being kind enough to call them that. With the exception of one long-term boyfriend in college, Tracey was the quintessential serial dater, with what she claimed was appallingly bad luck in love.

“Okay, it’s not like he’s taking you to meet his parents,” Andie said to herself, channeling her friend as she dabbed on a little bit of lip gloss.

She took a few steps back from the mirror, adjusting the V-neckline of her shirt. She liked Colin. There was no reason she couldn’t have a good time with him tonight. After all, she could think of much worse places he could be taking her. Andie smiled at her reflection, holding onto that little bit of reassurance as she walked over to the closet and stepped into her shoes.

A few minutes later, a polite knock sounded on the door, and her stomach flooded with butterflies of both excitement and trepidation as she approached it. Her hand landed on the knob, and she took one final deep breath before pulling the door open.

“Hey,” Colin said, looking her up and down, managing to make the gesture look appreciative rather than sleazy. “Wow. You look incredible.”

Even though it was usually customary to return that particular compliment when someone gave it, she really did mean it. Colin was extremely attractive; there was no denying that. Blonde hair, blue eyes, a beautiful white smile that belonged in a toothpaste commercial, nice athletic build, and, as Andie had noticed the first day she met him, impeccable hands.

She nodded and he stepped to the side, allowing her out of the apartment. They walked down to his car, and he opened the door for her, placing his hand on the small of her back as he guided her into the seat.

“So,” Andie said as he slid into the driver’s seat and started up the car, “whose party is this again?”

“A good buddy of mine,” he said, glancing in his rearview before backing out of the space. “He just got engaged.”

“Oh. So it’s an engagement party?”

“Not officially. He lives in Florida with his girlfriend. Or his fiancé, I should say,” he corrected with a smile. “Anyway, he’s in back in town for the week, so he figured he’d kill two birds with one stone, you know, celebrate his engagement and see a bunch of his friends. But it’s not an official engagement party or anything.”

He glanced over at her. “Are you uncomfortable with this? We don’t have to go.”

“No, not at all,” she lied. “I was just wondering what the occasion was.”

“It will be fun,” he said, flashing his Colgate smile before turning his eyes back to the road. “Wait until you see this house.”

“Well, he’s staying at his parents’ place while he’s in town. That’s where the party is. Just wait. You’ll see.”

They drove the rest of the way into Connecticut, the conversation flowing easily, until they turned onto a street where the driveways were farther and farther apart and the houses were no longer visible. Instead, they passed a series of large stone pillars and imposing monogrammed gates, the houses concealed somewhere behind the long, winding drives.

He turned into one of the driveways and stopped at the gate, saying something into the intercom that Andie didn’t quite hear. She was too busy squinting out of the windshield at the image before her. In the dusk she could just see its outline at the end of the long drive; to her, it looked more like a castle than a home.

“Jesus Christ,” she said, more to herself than to Colin as they drove up the cobblestone drive that ended in an enormous roundabout with a huge fountain right in the center; in the twilight, the rippling water glittered as if a thousand twinkle lights were floating just below the surface. The house itself was made of brick and stone, sprawling out forever in both directions, with enormous bay windows adorning the entire exterior.

“I know,” she heard Colin say, and she looked over to see him smiling at her. Andie realized her chin was practically in her lap, and she quickly closed her mouth, glancing back toward the house.

“Your friend grew up here?” she asked in awe.

“Yeah,” Colin said. “We all did, in a way. Justin’s house was sort of a second home to a bunch of us. We spent most of our time here.”

Andie sat in stunned silence as she stared out the window at the impressive mansion. When she noticed a valet approaching the side of the car, she glanced at Colin in alarm.

“Am I…I mean, is this okay?” she whispered, gesturing at herself. Suddenly the skinny jeans and cute wrap shirt she had chosen for the party seemed horrifically casual.

He shook his head. “You look great. I know this looks pretentious, but the people inside are totally unassuming. I promise.”

“Okay,” she said, feeling extremely unconvinced as the valet opened her door and offered her his hand, helping her out of the car. She looked him over, his bowtie and vest and pressed pants, before glancing back down at herself. As if she needed another reason to feel uneasy tonight. Andie stood there, completely frozen, suddenly lamenting her choice in footwear; there was no way she would be able to scale the wall and make a run for it in her heels.

Colin came around to her, placing his hand on the small of her back again.

“If it’s uncomfortable, we leave,” he whispered in her ear. “I know a great little diner near here. No valets,” he added with a wink, and Andie finally laughed, feeling a bit of the anxiety leave her body.

They started walking up the wide steps that led to the front doors, and she shook her head. “I couldn’t imagine having access to a place like this when I was in high school.”

Colin laughed, a guilty look on his face. “Yeah, I’m not proud of all the stuff we did here.” He looked up at the house fondly. “But it makes for some good stories. I’m sure you’ll hear some tonight,” he said with a smile, opening the door and gesturing for her to enter.

The foyer was exactly what she should have expected, considering what she’d already seen of the house, but still, Andie was flabbergasted. Gorgeous marble floor, high ceiling, a double staircase that seemed to embrace the expansive space, each side curling in toward the other until they met at the huge loft overlooking the entryway.

A man dressed in a suit stood in the doorway, smiling at them as he directed them toward the great room. Colin nodded his thanks as they turned down the hallway, and Andie glanced around inconspicuously as they walked, trying with all her might not to look like some awestruck tourist at a museum. She wasn’t sure how anyone who owned a house like this could be unassuming.

The great room was, of course, enormous; floor-to-ceiling windows covered one entire side, and tables and strings of lights were set up outside, shimmering through the glass, setting a soft and classy ambiance in the room teeming with people.

“Colin!” said one of the men as they stepped down into the sunken room. “Good to see you!” He walked over with a woman at his side, and both gave Colin an enthusiastic hug.

The man turned to look at Andie. “Is this your girlfriend?”

She opened and closed her mouth, glancing at Colin before smiling at the man. “I’m Andie,” she said, reaching out to shake his hand.

She didn’t care what Tracey would have said;
this
was what would make it awkward. She and Colin were clearly more than friends; there had been an instant attraction when she met him at a coworker’s barbecue a few weeks earlier. He happened to be the brother of a friend of the hostess and had just intended to stop by to say hello; instead, he ended up staying the entire evening, sitting with Andie as they dipped their feet in the pool, talking about everything and nothing. And then, of course, he had asked her out. Their first date was cliché, but fun and sweet: dinner and a movie, followed by some playful conversation over ice-cream cones.

And an extremely hot make-out session.

But was she his girlfriend? She couldn’t quite say that yet. She didn’t even know if she wanted to say that yet. Or if he did, for that matter. And they would undoubtedly have to field that question all night. Andie hoped this guy, whoever he was, would just drop it.

“Hi,” the woman said, reaching forward to shake her hand. She was adorable, Andie thought, a tiny little thing with big blue eyes and a short brown bob.

“So you’re not gonna believe this,” said Doug. “Justin’s parents gave him and Stella a Bentley for the engagement.”

“Of course they did,” Colin said with a laugh. “Jesus.”

“Come see this thing. It’s incredible,” Doug said, already walking toward the glass doors that would take them outside.

Colin looked down at Andie just as Sara said, “You boys go. We’ll stay here and have girl talk.” She turned to Andie. “Unless you want to go see a car that looks just like any other car but costs more than my house?”