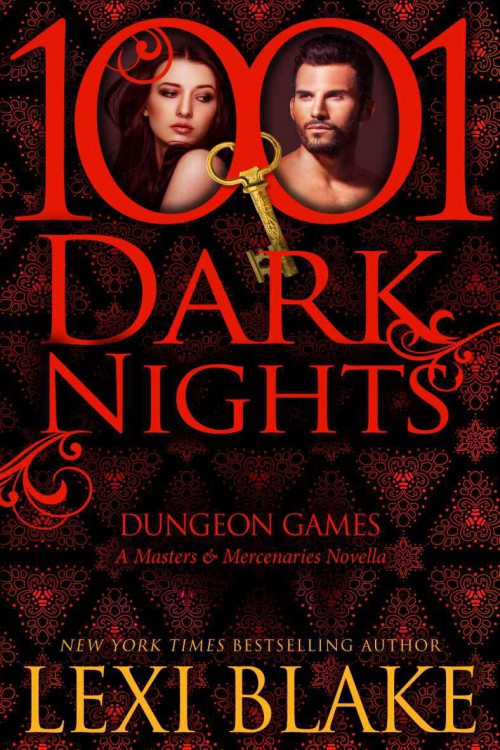 A Masters and Mercenaries Novella

A Masters and Mercenaries Novella

All rights reserved. No part of this book may be reproduced, scanned, or distributed in any printed or electronic form without permission. Please do not participate in or encourage piracy of copyrighted materials in violation of the author’s rights.

This is a work of fiction. Names, places, characters and incidents are the product of the author’s imagination and are fictitious. Any resemblance to actual persons, living or dead, events or establishments is solely coincidental.

Karina Mills has a reputation for being reckless, and her clients appreciate her results. As a private investigator, she pursues her cases with nothing holding her back. In her personal life, Karina yearns for something different. Playing at Sanctum has been a safe way to find peace, but the one Dom who could truly master her heart is out of reach.

On the hunt for a killer, Derek enters a shadowy underworld only to find the woman he aches for is working the same case. Karina is searching for a missing girl and won’t stop until she finds her. To get close to their prime suspect, they need to pose as a couple. But as their operation goes under the covers, unlikely partners become passionate lovers while the killer prepares to strike.

and be entered to win a Tiffany Key necklace.

There's a contest every month! 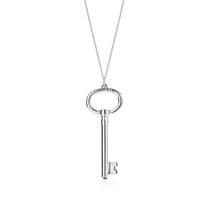 As a bonus, all subscribers will receive a free

An excerpt from A View to a Thrill by Lexi Blake

One Thousand and One Dark Nights

Once upon a time, in the future…

I was a student fascinated with stories and learning.

I studied philosophy, poetry, history, the occult, and

the art and science of love and magic. I had a vast

library at my father’s home and collected thousands

of volumes of fantastic tales.

I learned all about ancient races and bygone

times. About myths and legends and dreams of all

people through the millennium. And the more I read

the stronger my imagination grew until I discovered

that I was able to travel into the stories... to actually

become part of them.

I wish I could say that I listened to my teacher

and respected my gift, as I ought to have. If I had, I

would not be telling you this tale now.

But I was foolhardy and confused, showing off

One afternoon, curious about the myth of the

Arabian Nights, I traveled back to ancient Persia to

see for myself if it was true that every day Shahryar

(Persian:
شهریار,
“king”) married a new virgin, and then

sent yesterday's wife to be beheaded. It was written

and I had read, that by the time he met Scheherazade,

Something went wrong with my efforts. I arrived

in the midst of the story and somehow exchanged

places with Scheherazade – a phenomena that had

never occurred before and that still to this day, I

Now I am trapped in that ancient past. I have

taken on Scheherazade’s life and the only way I can

protect herself and stay alive.

Every night the King calls for me and listens as I spin tales.

And when the evening ends and dawn breaks, I stop at a

point that leaves him breathless and yearning for more.

And so the King spares my life for one more day, so that

he might hear the rest of my dark tale.

As soon as I finish a story... I begin a new

one... like the one that you, dear reader, have before

Derek Brighton watched the Texas Ranger running the meeting. Clayton Hill was a big guy dressed in pressed jeans and a perfectly ironed western shirt with pearl snaps. Polished boots covered his feet. That dude didn’t have to wear craptastic polyester uniforms, and he was pretty sure he didn’t have civilians regularly cursing him. He stood tall in the small conference room in the DPD building. Two other members of the Rangers stood in the back. Derek was the only officer representing the Dallas Police Department. It made him nervous that there was so much attention settled straight on him.

The slide changed, throwing ghastly images on the screen.

“The unsub has killed four women we know of,” Hill explained. “We’re fairly certain his actual number is more. He’s smart and clean, so he’s likely got several not so clean kills to his credit, and he’s smart enough to not get his prints on a vic. We believe he’s using latex gloves and has a working knowledge of forensics.”

The blond guy in the back snorted a little. He wasn’t dressed in typical western wear. He wore a full suit and kept his hair in a far too metro style to actually be a field Ranger. He seemed to be some sort of tech, but both Rangers turned and gave him chilly looks.

“Harris? Do you have something to add?” Hill asked.

The man named Harris held up his hands. “Just saying the dude ain’t as smart as me or he wouldn’t have pulled the rice trick. Idiot.”

Hill turned back. “Ignore him. He’s our forensic expert. He’s got a genius level IQ and the personality of a jackass. Now back to our unsub. The feds are staying out of it—for now. Let’s hope we can solve this before we have to deal with them. The minute they step in, we’re all screwed. So all the victims were left in a similar fashion…”

Hill kept talking, but Derek looked at the slide in front of him. A brunette had her hands together, tied in a knot he recognized. Asanawa.
Shit.
There was a reason Hill had chosen him and it wasn’t for his location. Three of the killings had occurred outside of his precinct.

Fuck all.
He’d been outed. After ten years of keeping his proclivities private, someone had talked.

Derek sighed and sat back in his chair. If he was going to get fired, he wouldn’t be sitting in on this meeting. He would be in the chief’s office getting his ass handed to him. The chief wouldn’t care personally. Hell, the chief was a member at Sanctum, but if there was a scandal brewing, he’d have no choice but to throw Derek under the proverbial bus. He was sure they would find some tiny infraction he’d committed. Internal Affairs loved to fire people for taking pencils or using the Internet for personal reasons. Everyone did it, but IA used it as an excuse to get rid of problem officers all the time.

“Do you recognize the rope pattern, Lieutenant?” Clayton Hill’s partner had identified himself as Tyler Watts. He was only slightly smaller than his partner, his hair an almost reddish brown. He kept it the tiniest bit longer than Hill and there was at least ten years separating him from the older officer. A Ranger baby. Which meant he was deadlier than the rest, more competent than his age would suggest.

This was the moment. He could shrug and ask why he’d been pulled in here. He could deny everything and maybe, just maybe save his ass in the long run.

The vision of the girl, forever silenced, would haunt him if he didn’t speak up. Unfortunately, he hadn’t become a cop to save his ass. He’d become a soldier first and then a cop because the need to protect was his highest imperative. He sighed and followed his instincts. He couldn’t be less than who he was, wouldn’t allow himself to hide when it meant someone’s justice might go undone. “Yes. They form a pattern used by practitioners of Japanese rope bondage. Do you have close-ups of the ligature marks?”

Harris stepped up, a folder in his hand. “Absolutely. The minute I realized what was happening, I paid close attention to the patterns.” He shrugged a little. “I have a girlfriend who read all that
Fifty Shades
stuff. Can’t stand it myself, but damn it gets the ladies hawt, if you know what I mean. I’ve gotten more trim from that damn book. I could kiss EL James. Or hey, I could do her, too.”

Harris was annoying as fuck. Derek simply stared at the idiot until he passed him the folder.