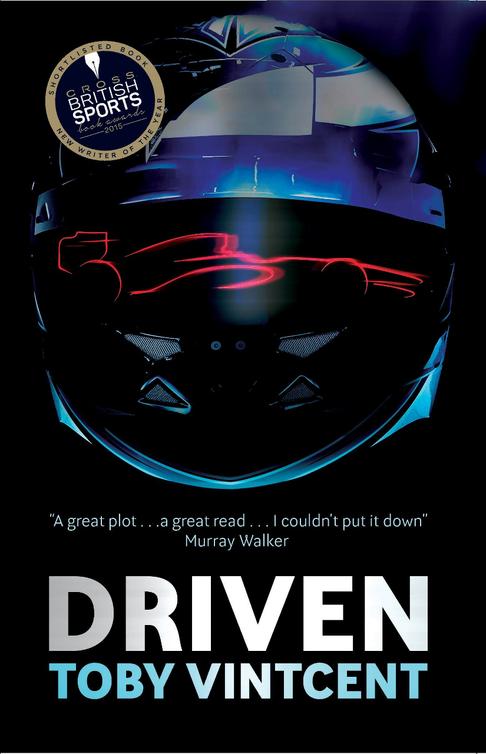 ‘Author Toby Vintcent takes inspiration from F1’s on-track action and off-track paddock politics in weaving together a page-turning conspiracy thriller. His attention to detail captures the spirit of current F1’

‘
Driven
– it howls along like Lewis Hamilton round the streets of Monaco!’

For Anne-Marie and Sammy.

Dedicated to my parents.

Contents
About the Formula

The Formula referred to in this story is a fictional composite. While it includes authentic elements used by the FIA over the last few years, no similarity with any given year’s Formula should be looked for or expected. 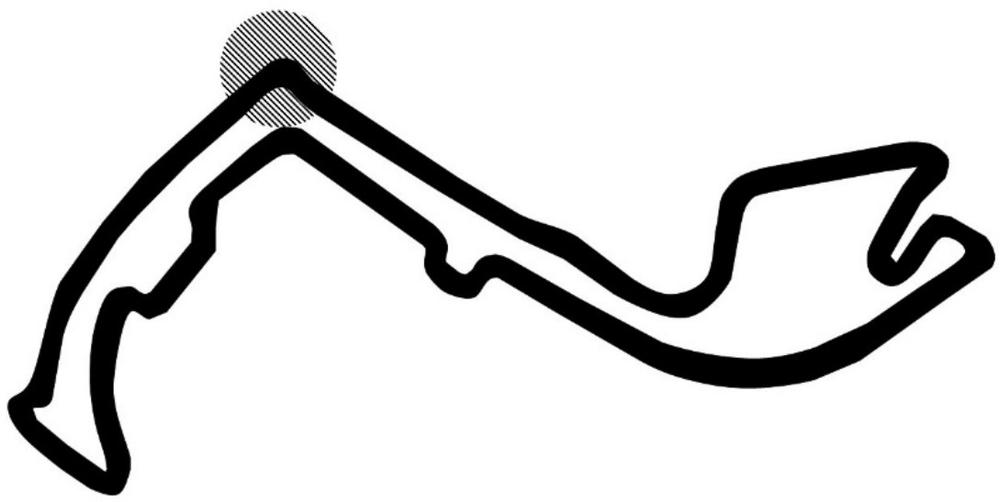 R
emy Sabatino’s heart rate held steady at a hundred and forty up the hill from La Rascasse and through the exit of Turn Nineteen as the Ptarmigan Formula One car entered the pit straight. Screaming up to eighteen thousand revs, the engine was throwing off seven hundred and twenty horsepower. Such fierce acceleration affected the timbre of Sabatino’s voice – heard in a message over the team’s radio:

‘This time, Andy,’ sounding juddering and strained, ‘I’m … in the zone.’

The Ptarmigan hit one hundred and seventy miles an hour as it crossed the line – to start a flying lap.

Images flashed down either side of the extraordinarily narrow Monaco street circuit – trees, lampposts, overhanging balconies, and an astonishing array of advertizing hoardings. All of this would have melded into a blur if Sabatino had even
tried
to take any of it in: the driver’s gaze was boring between the convergent barriers either side of the road ahead, flicking down only once to check the LED display on the steering wheel.

Sabatino held top speed for as long as possible, on a line to the left of the circuit. Less than one hundred metres from the upcoming right-hand corner, the driver braked dramatically, changing down from seventh to second. Turning in at the last possible moment, Sabatino accelerated – with total commitment – through the apex of Sainte Devote, feeling with hyper sensitivity for any slide in the back end – the first sign of power spilling over, traction being lost – and the extreme risk of slamming into the steel Armco around the outside of the corner. But, here – now – the Ptarmigan’s grip was converting all its immense power into forward momentum.

Changing up again and then again, the engine howled up to
eighteen thousand revs before each gear change as the car rocketed up the snaking rise, through Beau Rivage – the only section of the Monégasque circuit passing as a geometric straight – to hit seventh gear. Unevenness in the road surface sent violent jolts up through the suspension, frequently blurring the vision. Sabatino hung right as the car unweighted momentarily over the slight crest before taking some pace off, the engine management system pulsing the revs on each of the three rapid downshifts before slicing the corner of the open left-hander of Massenet below the Hotel de Paris, practically brushing the Armco barriers with the wall of the left-rear tyre. Sabatino’s heart beat reached a hundred and sixty as the car pulled four G, while the breathing rate remained deep but steady.

For no more than a fraction of a second the car straightened up – before Sabatino timed the acceleration through the following right-hander past the Casino, pulling G-force in the opposite direction, and on down the hill from Casino Square. Racing back up the gears, Sabatino jinked right then left within the narrow street to miss the destabilizing hummock on the true racing line to the left, and powered on down towards Mirabeau. One hundred and twenty – one hundred and thirty miles an hour.

A call came over the team radio.

The message was lost.

Another transmission came from the pit lane in response – but only as a deafening crackle.

‘Damn it,’ shouted Sabatino into the visor. What the hell’s going on?

There was no time for clarification.

Timing to brake as late as physics would allow, Sabatino began decelerating, changing down, before starting to turn in. But the car did not respond quickly enough, wasn’t turning enough.

Sabatino felt the front right lighten even further with the camber of the road – and feared a lock-up of that wheel and flat spotting the tyre. It began to feel too late. Was there enough road to slow down?

Sabatino’s heart rate surged above one seventy, while fighting with repeated flicks of the steering wheel to the right, to slow, stabilize and turn the car, all at the same time.

They were going too deep.

In an instant, the driver opted to do something completely counter-intuitive – to accelerate.

Accelerating far earlier than usual, Sabatino sought to use the outward swing of the rear through the corner to help turn the car. The Ptarmigan did indeed react – its back end trying to step out – so tightening the rate of turn. Slewing onto three tracks, Sabatino turned into the slide. It worked. But the car exited the corner far wider than desired. Correcting quickly, and already shutting such a close shave with the barriers out of mind, the driver punched blistering power into the short slope down towards Loews Hairpin.

Massive deceleration followed – the engine surging the power on each gear change down to first – before Sabatino put on full left lock through the slowest corner in Formula One. This time, the car didn’t understeer. For some asymmetric reason, the balance – to the left – was okay. Sabatino straightened up, laid the power down hard, drifted across the road to the left – changing up before cutting right through Mirabeau Bas, down towards the sharper corner of Portier.

How would the car respond this time? thought Sabatino – probably better, being slower and camberless.

Straightening up through the exit, full throttle was unleashed – the chunky rear tyres giving the car all the mechanical grip needed to accept the huge acceleration. A few hundred yards later it was already doing one hundred and ten miles an hour as it entered the tunnel. From the brightness of the Riviera sun, Sabatino was momentarily
blinded, plunged into darkness under the Fairmont Hotel. But that didn’t stop any of the drivers racing on up through their gearbox to eighteen thousand revs, seventh gear and up to one hundred and seventy miles an hour, all while pulling two-and-a-half G on the long gliding right-hander.

M
att Straker stood on the quarterdeck of the 1930s super yacht,
Melita
, out in the marina – basking in the velvet air of a Mediterranean summer morning, particularly enjoying the sun on his face. Looking over the dark blue waters of the harbour, and up at the array of pastel-coloured houses spread across the hillsides of Monte-Carlo, he thought this had to be one of the most glamorous places in the world. The Principality of Monaco had it all. And with this escapist weather, she was blessed with the climate, too. Straker suddenly felt a pang of conscience.

Revelling in the distractions of this scene, he felt awkward – still not sure how his skills could be of any use here. How could he justify his pay and rations in such an extravagant setting? He hated the thought of merely being along for the ride.

Personally, he just hoped this assignment – whatever it turned out to be – would be enough of a diversion from his troubles.

Straker’s introspection was instantly shattered – pierced by a band saw-like shriek. As a reflex he turned his head. It was coming from the right as he looked at the view. The sound got louder – the noise – reverberating in the acoustics of the harbour, hills and buildings.

‘There,’ said the elderly, distinguished-looking man standing beside him, pointing at the end of the Fairmont tunnel with the cigar held loosely in his fingers. Most people in their mid-seventies would have long-since wound down their career and lessened their work load, taking things easier. Not this man: Dominic Quartano, head of Quartech International – Britain’s largest defence contractor and recent saviour of the Ptarmigan Formula One Team – was as active, and as fired up by the prospects of the next business deal, as ever.

And the deal to be done – here – was a game changer.

Its significance was energizing Quartano’s bearing – his presence – giving him an aura. Wearing a beautifully cut blue blazer, open-necked pink shirt, white chinos and handmade loafers, his lived-in Mediterranean face radiated conviction and command. Quartano switched his attention to the car’s telemetry on the iPad he was holding. ‘Up point-three in sector one,’ his rounded baritone announced to those around him.

Straker, following the streak of brilliant turquoise, caught glimpses of the Grand Prix car between the rows of yachts as it flashed – right to left – down the slope from the tunnel along the harbour wall. The engine note rose and fell rapidly several times as the car decelerated hard before it flicked between the raised kerbs of the Chicane. Immediately, power was laid down again – in a rising scream – as it hurtled on along the waterfront towards Tabac. Straker didn’t just hear the noise – he felt it. His entire frame seemed to resonate with the sound.

He, too, switched his attention from the car to Quartano’s screen. An on-board camera – mounted above Sabatino’s helmet – showed the road ahead. At death-defying speed, the car was hurtling down the impossibly narrow track between the steel barriers, through the sharp turns around the Swimming Pool complex, juddering sharply over the apex of each corner as the driver clipped the red and white kerbstones, before powering on towards the sharp right-hander of La Rascasse. Overlaying the TV image were columns of data from the car’s telemetry, relayed from the team’s computers in the pit lane; at that moment, they all showed the car to be running well, comfortably within limits.

A matter of a few seconds later the Ptarmigan had completed the lap, crossing the line.

There was excitement all around.

In practice, at least, the car was performing as competitively on the Monte-Carlo street circuit as it had on the very different track in Bahrain a fortnight earlier. During the intervening two weeks, the
four hundred-man Ptarmigan team had clearly worked effectively on this very different set-up. So far, their car was fast. Blisteringly fast.

The lined, rugged face of the hard-to-impress Dominic Quartano, the team owner, said it all. Running a hand through his silver hair, his expression exuded a mix of vindication and potential triumph. Ptarmigan had just gone fastest by four tenths of a second.

That promised exciting things for his prospective deal – and for the Monaco Grand Prix in three days’ time.

Wormwood Dawn (Episode VI) by Crae, Edward
False Pretenses by Kathy Herman
In a Different Key: The Story of Autism by John Donvan, Caren Zucker
Until I Say Good-Bye by Susan Spencer-Wendel
Dangerous Love by Ben Okri
Like This And Like That by Nia Stephens
Book of Jim: Agnostic Parables and Dick Jokes From Lucifer's Paradise by Adam Spielman
Ebony Hill by Anna Mackenzie
Undone by Phal, Francette
South Beach: Hot in the City by Lacey Alexander