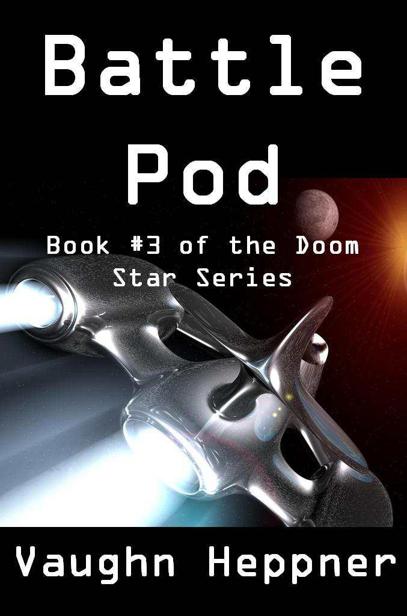 People of the
Ark

People of the Flood

People of the Tower

The Tree of Life

The Beast of Elohim

The Sword of Esus

This book is a work of fiction. Names, characters, places and incidents are either products of the author’s imagination or used fictitiously. Any resemblance to actual events, locales or persons, living or dead, is entirely coincidental. All rights reserved. No part of this publication can be reproduced or transmitted in any form or by any means, without permission in writing from the author.

It was dark in the shuttle as Marten crept to the medical unit. The ship was under one-G of acceleration. Using the glow of the life-support monitor, he examined Omi lying in the clear cylinder. Tubes were attached to the Korean’s flesh. His chest rose and fell with each breath.

Marten studied the cylinder. It was airtight. He pressed a switch. There was a beep as a small red light blinked. Clamps appeared, securing the medical unit for emergency ship maneuvers.

Marten exited the chamber. His features were stern and his heart hammered. Any number of things could go wrong. He knew Highborn arrogance had given him this chance. Surely, they couldn’t believe they were in danger from a lone preman.

The hatch to Lycon’s sleep cubicle was open. This evening, all the hatches were open. Marten had been busy and had made sure.

He eased onto his stomach and slithered past the hatch. Soon on his feet again and in another section of the shuttle, he used a stolen electronic key, opening the suit locker. With practiced speed, he donned his old vacc-suit. He tried to be quiet, but there were clunks and clatters. Finally, he sealed his helmet and shuffled to the airlock.

A fierce grin spread across his face. The Highborn had been careless. He was only a preman. What could he do to them?

Marten produced an override unit, one he’d tampered with the past few hours. He licked his lips and entered his code. Then he engaged the manual override. Numbers flashed on the unit. A klaxon should have sounded, but Marten had overridden it with his stolen unit.

There was a hiss as the inner hatch slid open. Marten worked feverishly, applying clamps, making sure it was impossible for the inner hatch to close. With the last clamp in place, he stepped into the airlock. He switched on the vacc-suit’s magnetic hooks to full power, securing himself to the wall. Then he manually opened the outer hatch.

Immediately, air hissed past as it rushed out into the vacuum of space. Then the airlock was open all the way and the sound became a gale-force shriek.

A stylus with a purple tip shot past Marten. Then cups and cutlery flew past as they tumbled into space.

Marten heard screaming. Almost too fast to notice, the Highborn pilot flew past him. Marten resisted the impulse to lean out and watch. Instead, he remembered how shock troopers had tumbled off the
Bangladesh
’s
particle shields. Now their arrogant, uncaring commanders would pay.

The medical Highborn flew outside next.

Then Lycon the Training Master appeared. The seven-foot Highborn managed to latch his fingers onto the hatch clamps. He strained to hang on, his massive body inches from Marten. In a feat of amazing strength, Lycon tore off a clamp. With desperate will, he began to work on the second.

Then the rapidly dropping air pressure began to tell on Lycon. His body and face began to bloat as his blood and other bodily fluids began to turn into water vapor and form in his soft tissues. The ebullism occurred even more strongly in his lungs. The escaping water vapor cooled around his open mouth and nostrils, creating frost.

Then, as he was magnetically secured, Marten began raining body blows against Lycon’s horizontal and now grotesquely swollen torso.

With the last of the ship’s air shrieking past his bloated face and whipping his hair, Lycon peered blindly at Marten. The Highborn must have realized he was dying. Maybe he wanted to take Marten with him. His clothes had torn off and blown into space. Bare Highborn fingers reached for Marten. Marten desperately slapped away the freakishly large hand. Lycon’s frost-covered lips moved soundlessly. Then the huge Highborn lost his grip and he shot out into space. Marten leaned out and watched the Training Master tumble away into the void.

Marten closed the outer hatch. Next, while breathing hard, he turned off his magnetic hooks. Then he removed the clamps and let the inner hatch hiss shut. The shuttle immediately began to pressurize.

A terrible laugh escaped Marten as he removed his helmet. He owned a spaceship and he was free. Free! Now he had to decide what he was going to do with his hard-won freedom.

The first thing Marten Kluge did with his freedom was shut off the shuttle’s engines. Then he sat in the pilot’s chair, before a bank of color-coded controls. He eyed the vidscreen and the single polarized window that showed him the awesome beauty of the stars. The moment the engines cut out, acceleration died and weightlessness returned to the shuttle.

Marten grinned harshly. He was a lean ex-shock trooper with a blond crewcut and angular cheeks. He had survived horrible ordeals, and it may have been that full sanity hadn’t yet returned to him. Sitting there staring into space was his first moment of relaxation in….

Marten frowned, a frown that stayed with him until later when he found he was still staring at the stars. He shook his head. He had to concentrate, to try to become a normal human being again.

From the control panel, Marten began to run diagnostic tests on the engines, the life-support system, and the ship’s radar and teleoptic scopes. He was free, which meant he had to rely upon himself now. He owned a shuttle, a spaceship that could possibly take him anywhere in the Solar System.

He laughed. It was a strange sound in the endless silence of the shuttle. He cocked his head. Why would his laugh sound strange? He rubbed his face, feeling oddly disconnected.

He was free. He owned a spaceship. He—

A klaxon began to wail. It startled Marten. For a wild moment, he thought that Lycon had survived and somehow tried to gain admittance back into the shuttle.

Marten studied the controls and froze in shock. He turned off the klaxon, knowing now why his laugh had sounded strange. The carbon-scrubbers were turned off. So his CO2 levels had been too high.

He adjusted the life-support controls as he berated himself for making such an elementary mistake. He couldn’t afford any mistakes out here and hope to keep his freedom. He had a spaceship, but if the Highborn found him, if Social Unity found him, they would take away his ship and his freedom.

For the next half hour, Marten’s fingers moved across the controls as he accessed information. He was in the void between Mercury and Venus, with a heading that would bring him to Earth if he initiated one-G acceleration and let the engines burn for… eleven more hours. The journey would take several weeks. During his computer search, he also discovered the whereabouts of three Doom Stars. He didn’t use the shuttle’s radar or teleoptic scopes, but had referenced computer data on known locations. After fifteen more minutes of computer exploration, he discovered the location and vectors of several SU spacecraft, the majority of them war vessels. Neither the Doom Stars nor the SU craft were in position to affect him presently.

That eased some of his tension. Yet he wondered how long it would be before Highborn command sent him a message. Somewhere in their computers, they must be tracking him. Probably, the ship was sending a friend-or-foe signal. He had to find it and then decide whether to shut if off or to leave it on.

Before Marten did that, however, he had to decide what to do with his freedom. He couldn’t just drift out here. He needed a plan, a master plan, and make his moves accordingly.

He had no desire to go to Earth. Nothing good awaited him there. As all Free Earth Corps
volunteers
had learned, Social Unity received updates on the FEC battle-rosters. In other words, if Political Harmony Corps captured him, he would be treated as a traitor to Social Unity. Likely, the Thought Police would shoot him in the back of the head and dump his corpse in a mass grave.

Factoring in his present heading and velocity, it would take massive amounts of fuel to brake and redirect his spaceship to Venus. The majority of Venus was still in Social Unity’s hands, but the Highborn had bombarded and laid siege to the planet with a Doom Star, space platforms and orbital fighters. Even if he had the fuel to redirect his flight to Venus, there was little incentive to do so. What held true for Venus in terms of fuel was even truer for Mercury. Besides, the Highborn controlled Mercury. The planet and the Sun-Works Factory that circled it comprised the bastion of Highborn power.

Marten stretched his lower back. He had to sit on the edge of the pilot’s chair to use the control panel, because like everything else in the shuttle, it was sized for a Highborn. It made him feel childlike, and he found that annoying.

He continued to study the data. It was possible he might dock at one of the many
open
habitats orbiting Earth. The situation there was tenuous, however. At the various Lagrange-points were massive farm habitats. They helped feed Earth’s billions. The Highborn could storm each habitat and cut off some of the planet’s food supply. Or they could beam the laser-launch sites on Earth that propelled the food ships into orbit. Maybe they hadn’t tried yet because it would prove too costly in Highborn casualties storming the habitats. Maybe the Highborn wanted the Earth intact, to use it later as a base for the further conquest of the Solar System. Mass starvation might cause catastrophic destruction of a future industrial basin.

Because of the open policy concerning the farm habitats, it might be possible for him to slip into obscurity there.

Marten checked on the air-mixture as he considered the possibility.

Slipping onto one of the farm habitats could benefit Omi. Omi might need greater medical attention. Their present heading would take them to Earth orbit and that rather quickly. Marten knew Earth customs and could probably blend in more easily there than anywhere else in the solar system.

Marten studied the fuel situation as he plotted possible course headings to Mars and then to Jupiter. It wasn’t simply a matter of distance. It was where in their orbit around the Sun each planet would be when his shuttle reached the needed distance. It soon became clear that Jupiter was too far. He couldn’t actually land on Jupiter, but could head for one of the many moon colonies or cloud cities that orbited the gas giant.

Dejected, Marten slouched in his seat. It had always been his long-term plan to escape to the Jupiter Confederation. He wondered if Nadia Pravda had made it to the emergency pod. If so, her destination would be Jupiter.

Marten grinned at the prospect of holding Nadia again, of kissing her. He wanted to go to Jupiter. He wanted Nadia. Maybe he even needed her. But Jupiter was out presently as a reasonable possibility. That left Mars. He remembered rumors about a rebellion there.

There was a red light blinking on the control panel. Marten’s heart sped up as he tapped keys. Something was wrong in the medical unit.