Do They Know I'm Running? DONE FOR A DIME

The characters within these pages are entirely the product of the author’s imagination and should not be confused with real individuals living or dead. Although many of the locales depicted in this book exist, some—such as Rio Mirada and San Pedro Lempa—are the author’s inventions. Even existing cities and places have been changed and shaped to suit various dramatic purposes, and thus the narrative should be seen as taking place entirely within a fictive world.

Being a man doesn’t mean not being a child anymore but beginning to be a criminal.

Will they see me coming?
Do they know I’m running?

IT WAS DAYBREAK AND THE RANCHER, STANDING AT HIS KITCHEN
window, watched two silhouettes stagger forward through the desert scrub. One clutched the other but they both seemed hurt. The porch light, the rancher thought, that’s the thing they been walking toward all night. See it for miles. All the way from the footpaths snaking through the mountains out of Mexico.

Rooster lurched at the end of his chain, hackles up, that snarl in his bark, trying to warn the strangers off. They just kept coming. All right then, he thought. Not like you wanted this. He set his coffee in the sink and went to the door leading out to the porch and collected the shotgun kept there, racked a shell into the chamber, stepped outside.

Streamers of winter cloud laced the sky, pale to the east, purplish dark to the west. A cold parched wind keened in the telephone wires. The landscape bristled with nopal, saguaro, cholla. Black ancient ironwood cropped up here and there among the mesquite and Joshua trees.

Before he could close the door behind him, his wife called his name. She eased forward unsteadily out of the hallway shadow, robe cinched tight. The gaunt face, once framed with steel-gray hair pulled back and braided into a rope, now seemed all the more stark with her pallor and the stubbled baldness. The treatments were savaging her bone marrow too. He wondered sometimes whether the cure wasn’t worse than the disease—wondered as well whether he’d be anywhere near as brave when his time came.

Where does the promise go when it leaves you, he wondered. He wished the years had made them calm and strong and wise, but here they were, her sick, him afraid, trying to protect each other—their stake owned free and clear but now little more than a borderland throughway, shadows scurrying past the house at night, sometimes trying the door, shattering a window, hoping for shelter or water or food. Same problem everywhere: the Stanhope girl—raped last spring. Old woman Hobbes—robbed at knifepoint, truck stolen, the fridge ransacked and the house turned upside down for cash before the culprits scurried off, leaving her tied up in her garage. Enough, everybody said. Things’re only getting worse across the border. We’ll form patrols. We’ll make an example out of every goddamn tonk we catch.

But there’s more to “enough” than the saying of it, too much terrain to patrol and too many who still slip through to make an example mean anything. Ask the two lurching forward. The promise hadn’t left them just yet. It was as simple as a steady light glowing at the foot of a mountain pass with the black desert floor beyond. He felt the pump gun’s weight in his hands, a commensurate weight on his soul. It was that second burden that haunted him.

“They don’t look too good,” she told him, feeling her way forward, hand to the wall.

He met her eyes. “They do that sometimes.”

“Is that how we think now?”

“Not because we want to. Remember that part.”

He turned away and marched across the porch onto the hardpan, telling the dog to be still. The two figures—the one being dragged, on closer inspection, appeared to be female—staggered past a line of cholla with their huge bulbs of barbed spikes. God only knows what they suffered in the night, he thought: sidewinders, rattlers, scorpions. Thieves. But pity won’t help. Pity’s the problem.

As they came within twenty yards he saw it, stuffed into the man’s pants. A pistol. It happened of its own accord then—shotgun raised, tight to the shoulder, barrel aimed straight at the armed man’s midriff.

It was half the Spanish he knew—Stop, I have a shotgun. This is private property—but he might as well have shouted it to the wind. The man just kept coming, one of the woman’s arms hooked across his shoulder. The other hung limp at her side. Her steps were ragged, she looked barely conscious. The rancher felt his finger coil tight around the trigger.

As though rousted from a terrible dream, the stranger glanced up, still shuffling his feet, dragging the woman.

From behind: “He’s barely more than a boy.”

“Stay in the house!” The guilt and fear, knowing she was right—knowing too that he was all that stood between them and her—it quickened into rage and the impulse quivered down his arm into his hand.

Then the young half-dead stranger with the pistol called out in a dust-dry voice, his words a challenge and a plea and a cry of recognition all in one. “Don’t shoot! Help us … please … I’m an American …”

The rancher tucked the gun butt tighter into the clenched muscle and aching bone of his shoulder. Don’t believe him, he told himself. Don’t believe one damn word. 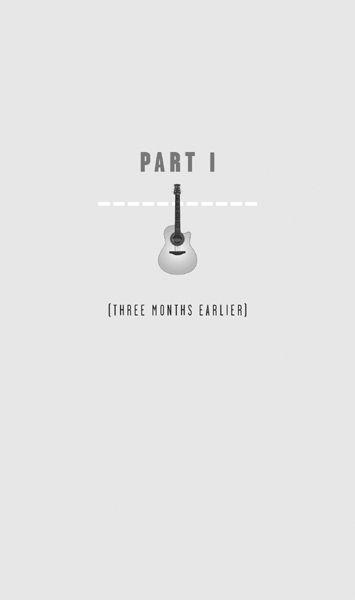 ROQUE SAT UP IN THE PREDAWN STILLNESS, STARTLED AWAKE BY
a wicked dream: menacing dog, desolate twilight, the sticky dampness of blood and a sense he was carrying some kind of treasure, something he’d have to fight to keep. Rising on one elbow, he glanced past Mariko toward the bedside clock. Three-thirty, the hour of ghosts. Rubbing the sleep from his eyes, he told himself it was time to go.

Gently, he tugged the sheet from her sleep-warm shoulder. She’d want to be wakened before he gathered his clothes and slipped out. “This kind of thing isn’t known for its shelf life,” she’d told him once. “I want to make the most of my chances.”

Twenty years separated them—practically a crime, given he was eighteen. He realized there were probably clinical terms to explain the thing, especially since he was motherless. In his own heart, though, it felt simple—they both were lonely, he liked her a lot, she seemed to like him back and he enjoyed getting his ashes hauled, an inclination she happily, at times rabidly indulged. The sex was always instructive, seldom routine, often kinky, especially once she cracked open that second bottle of wine. If any of that’s a problem, he thought, let somebody else worry about it. Every important connection he’d ever had was with someone older than he was—musicians, librarians, a cop here and there—why should this be any different?

She had her back to him, sleeping on her side, pillow balled tight beneath her chin as she snored. The dim glow of the clock
reddened her shoulder, and he traced the back of his fingers across her arm, caressed her hip, the skin tight and smooth, then guided his thumb along the little trough of muscle in the small of her back, moving on from there to cup one plump cheek of her
culo
with his palm. She stirred finally, burrowing her face into the pillow to stifle a yawn. Lifting her head, she whispered over her shoulder, eyes glistening with sleep: “It’s you.”

He took a moment to study her profile in the dim light, the distinctive shape of her eye, the girlish lashes, the pudgy nose. “You were expecting …?”

She blinked herself awake, moaned and barked a raspy cough into her fist. “Hope springs eternal.”

“Tell you what—do me a favor, before you go?” She wiggled her can.

The musk from their earlier lovemaking still lingered, mixed with the vaguely floral tang of cold wax from a dozen tea candles scattered across the hardwood floor, their flames spent. “Just go back to sleep,” he said, recalling the scene from earlier, tiny tongues of fire all around as they thrashed and rocked and cried out, shadows quivering high up the bare white walls. Mariko, a Buddhist, had a flair for the ceremonial.

“No, I mean it.” Her voice was fogged with drowsiness and she writhed luxuriously in a kind of half stretch, burying another yawn in the pillow. “It’s okay.”

“For God’s sake, Roque, it’s all
wrong
. That’s what makes it so delicious.”

Sure, of course, that’s what this is. Wrong. He shook it off. “You know what I’m saying.”

She flipped over, finger-parting the tousled black hair framing her boxy face. “There. Awake. Better?”

He leaned down, instantly hard at the touch of her mouth, even with her breath sour and hot from the wine. It scared him sometimes, the intensity, the need. She wasn’t what any of the guys he knew would call a
cosota linda
, a looker, and with that a song lyric ghosted up:

They’d met back in May during Carnaval, San Francisco’s biggest Latino celebration outside El Día de los Muertos, with samba dancers shimmying through the Mission in feathered headdresses and Bahía skirts while drum brigades hammered out a nonstop
batucada
. Bands of all kinds and every level of smack played hour-long sets throughout the weekend:
ranchera, salsa, bachata, calypso, charanga, cumbia, reggaetón
. It was Roque’s maiden gig with Los Patojos, a salsa-funk outfit in the Azteca/Malo/Santana mold but with a jazzier edge, and when Lalo called him onto the stage near the end of the set he introduced him as “The best young guitarist I’ve heard in a long, long time—Roque Montalvo!” They ran through three numbers to wrap up the hour, a reggae-inflected tune-up of Tito Puente’s “Mambo Gallego,” a
timba
reworking of War’s “Ballero,” and the finale, a double-time
cumbia
vamp on an old Byrds tune: