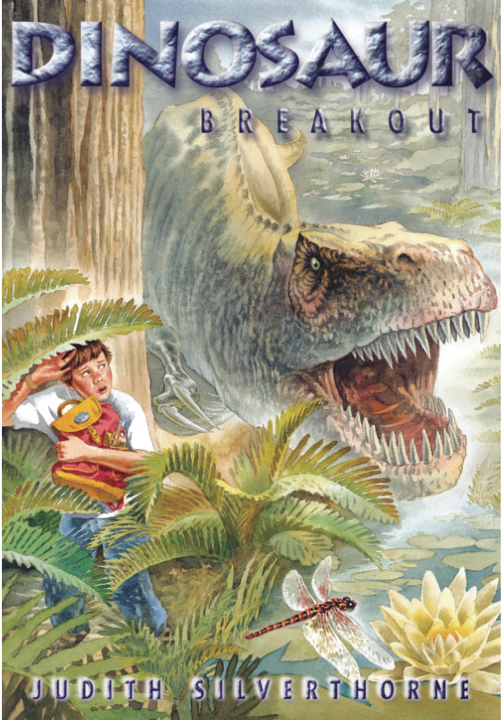 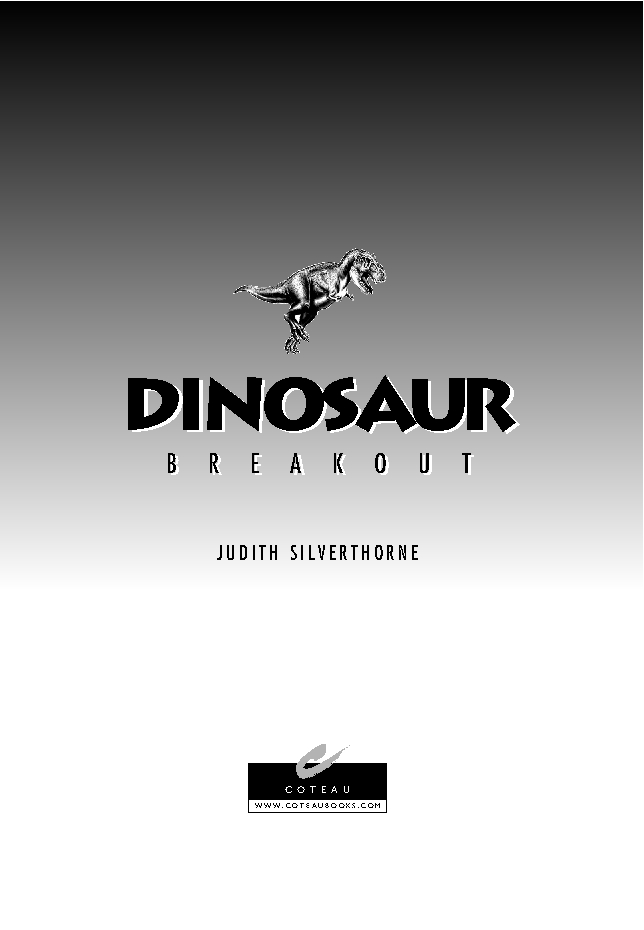 All rights reserved. No part of this publication may be reproduced, stored in a retrieval system or transmitted, in any form or by any means, without the prior written consent of the publisher or a licence from The Canadian Copyright Licensing Agency (Access Copyright). For an Access Copyright licence, visit www.accesscopyright.ca or call toll free to 1-800-893-5777.

This novel is a work of fiction. Names, characters, places, and incidents either are the product of the author’s imagination or are used fictitiously. Any resemblance to actual persons, living or dead, is coincidental.

Available in Canada from:

The publisher gratefully acknowledges the financial assistance of the Saskatchewan Arts Board, the Canada Council for the Arts, including the Millennium Arts Fund, the Government of Canada through the Book Publishing Industry Development
Program (
BPIDP
), and the City of Regina Arts Commission, for its publishing program.

As ever, for Aaron,
my son, and my inspiration on dinosaurs

And for all of my nieces, a nephew, and their families

S
omething big and dark moved
within the small bluff of trees at the bottom of a hill just ahead of
Daniel. He stopped and stared. But nothing moved!
The only sounds were the light rustling of leaves and the swish of long summer grasses at his feet. Then the cawing of a crow far overhead in the bright sunlight urged him forward.

He headed across the gentle rises of the land above the Frenchman River Valley in the southwest area of Saskatchewan. Behind him lay the Bringham family farm home, where he’d lived since he’d been born twelve years earlier. Although the farm was situated on reasonably flat land near the top of a valley, the pasture gave way to
undulating hills, and ahead of him, the land would soon
plunge into steeper inclines until it reached the valley floor.

He was on his way to his secret hideout, in a coulee at the base of two hills near the edge of the family’s west quarter of pastureland. He hadn’t been there for several weeks, and now that school was out for the summer holidays, this would be the only chance to go for a while. He’d soon be kept busy helping his family run their dinosaur dig tourist operation. This would be their first year of enterprise since their neighbour, Ole Pederson, had found the full skeletal remains of an
Edmontosaurus
on his property. He had formed a business deal with Daniel’s family and the neighbouring Lindstroms and everyone was busy preparing for opening day.

Ahead of Daniel, the dry greenish-brown landscape was dotted with clumps of pale green foliage, patches of wildflowers, yellow bunches of sweet clover, and a myriad of grasses and weeds. All of them gave off their own distinct aromas as Daniel brushed by them, especially the abundant sage. As he approached, startled gophers darted into their holes, their squeaks piercing the steady drone of insects about their daily forages.

Daniel quickened his pace through the ravine to the bottom of the hill, circling the stand of trees. He stopped short. There had been another flash of something moving! Something too large to be Dactyl. Besides, his
golden retriever had disappeared over the hills ages before,
dive-bombing after a rabbit. Dactyl stayed true to his nature and namesake, the
Pterodactyl
.

“Who’s there?” He listened carefully. No response. “Is anyone there?” Nothing.

He shook his head and turned along the coulee that led to his hideout.
Snap!
The little hairs on the back of his neck bristled. The sound came from the trees behind him, as if something, or someone, had stepped on some dry twigs. Daniel took a quick breath and veered to his right, in the opposite direction from his hideout, pretending he’d intended on going that way all along.

He had no intention of letting any outsiders know the location of his secret hideout. It was his special place, where he housed his private dinosaur fossils and rocks, and he had some important business to take care of, which he wanted to do away from prying eyes.

“Dactyl! Here, boy! Dactyl!” he called urgently, but no answering bark came. Someone must be following him! He was sure there were no large, dangerous animals lurking anywhere around the district.

Daniel felt his stomach muscles tighten. He had to discover who was out there! Ever since he and his neighbour, Ole Pederson, had revealed their dinosaur findings and the adventures they’d had a year and a half earlier, the location of Daniel’s hideout had been a target for speculation. Especially with the kids from school.

Daniel had made his best friend, Jed Lindstrom, promise to keep quiet about its whereabouts. But it was only a matter of time before Jed let the information slip accidentally. His whole family had a habit of blurting out confidences without thinking. The good thing was that Jed was directionally challenged and wouldn’t be able to find it easily again on his own. He couldn’t find his way out of a potato gunnysack unless someone led him. And he’d only been to Daniel’s hideout once. But Daniel didn’t trust the Nelwin brothers, the school bullies.

He had to lose whoever was behind him, and fast. Suddenly, he spotted a pile of rocks a couple of metres up a hillside. Quickly, he headed towards them, weaving this way and that as if he were searching for something on the ground. At one point, he picked up a small round stone. Then, making sure no one could see him from below, he ducked behind the outcropping. Adjusting his backpack into a more comfortable position, he crouched and waited.

Moments later, he heard the scuffling of hurrying feet coming towards him. His heart thumped rapidly inside his chest. He tried to slow his breathing and not make a sound. His legs stiffened and he readied to leap with the stone in his hand. As the scuffling came closer, he recalled his first meeting with old man Pederson. What if the person following him was huge and strong? Maybe he’d be better off hiding instead of attacking, until he knew what he was up against.

The footsteps slowed and Daniel eased himself farther behind the outcropping of rocks, as quiet as his cat Marble waiting for a bird to land within pouncing distance. Just as he thought the person was going to stop and search his hiding place, the footsteps accelerated past him. Daniel waited a few moments until he judged them far enough away, then peeked around the edge.

Craig Nelwin!
He’d know him anywhere. Whew! That
was a close one! Daniel eased himself onto his knees and waited for him to disappear. Craig was a beefy fifteen-year-old bent on making the world revolve around his whims. He had repeated Grade Eight classes this past year and had a perpetual chip on his shoulder. He also seemed bent on taking any of his problems out on Daniel. Especially since Daniel had become famous locally for his part in the recent dinosaur discoveries in the area. It was odd, though, that Craig’s older brother, Todd, wasn’t with him. The one rarely went anywhere without the other.

Daniel brushed the rock dust off his pants and walked around the stone pile. A solid body blocked his way.
Todd
. The tall, chunky sixteen-year-old, muscular from heaving bales, was no one to tangle with! Daniel gulped. Todd’s brooding eyes glared at him from his sneering face.

“Think you’re pretty smart, eh, Dino boy?” Todd shoved him backwards with his meaty hands. He was bigger and meaner than his brother.

Daniel braced his feet and stood his ground, clutching the stone in his hand.

“I don’t know what you mean.” Daniel tried to brush past him, but Todd gave him a harder shove.

This time Daniel slid backwards and he reached frantically to grab hold of the rocks. Before he connected, Todd slammed his huge hands into Daniel’s chest again. Suddenly, from behind, Daniel’s feet were kicked out from under him. He toppled backwards. Craig had returned!

Daniel felt himself falling, and then an excruciating pain as the back of his head smashed onto a rock. He heard a sharp ringing in his ears and everything went black.