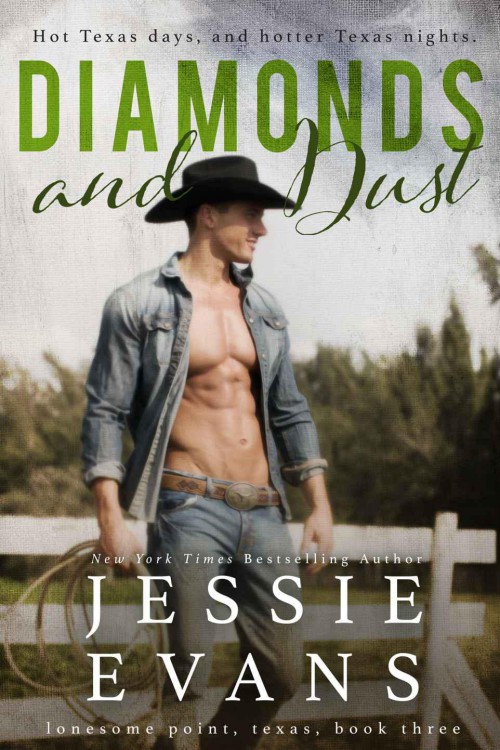 A Letter from the Author

Please enjoy this excerpt of “Glitter and Grit”

All rights reserved. Without limiting the rights under copyright reserved above, no part of this publication may be reproduced, stored in or introduced into a retrieval system, or transmitted, in any form, or by any means (electronic, mechanical, photocopying, recording, or otherwise) without the prior written permission of the copyright owner. This contemporary western romance is a work of fiction. Names, characters, places, brands, media, and incidents are either the product of the author’s imagination or are used fictitiously. The author acknowledges the trademarked status and trademark owners of various products referenced in this work of fiction, which have been used without permission. The publication/use of these trademarks is not authorized, associated with, or sponsored by the trademark owners. This e-book is licensed for your personal use only. This e-book may not be re-sold or given away to other people. If you would like to share this book with another person, please purchase an additional copy for each person you share it with, especially if you enjoy hot, sexy, emotional novels featuring alpha cowboys. If you are reading this book and did not purchase it, or it was not purchased for your use only, then you should return it and purchase your own copy. Thank you for respecting the author’s work. Cover image by Rob Lang c. Rob Lang/Roblangimages.com 2014. Cover design © by Sarah Hansen for Okay Creations. Edited by Robin Leone Editorial.

Sign up for Jessie’s newsletter and never miss a new release:
http://eepurl.com/FbwUb

Escape to You Novellas

ONE WILD NIGHT
-Wild Rush One

A Kindle Worlds novella set in the world of

Some people fall in love a hundred times between the cradle and the grave—their fickle hearts flitting from one infatuation to the next like bees buzzing from flower to flower.

Since the day ten-year-old Pike Sherman dove into the river at the annual church float trip to pull six-year-old Tulsi out of the current before she was swept downstream, she had adored only one boy. It started as puppy love, transformed into an angsty pre-teen crush, and by the time Tulsi became a senior at Lonesome Point High School, four years behind the object of her affection, it had become a brightly burning torch of unrequited love.

She knew Pike didn’t return her feelings. Heck, if Tulsi hadn’t been his sister Mia’s best friend, she was pretty sure he wouldn’t have known she was alive.

Tulsi was so shy she rarely spoke to anyone but her two best friends; Pike was the town golden boy with too many friends—and ex-girlfriends—to count. Tulsi preferred the quiet shadows of the family barn; Pike lived for the floodlights illuminating the baseball field as he led his team to victory. Tulsi treasured the long weekends when Pike came home to visit from the University of Texas in Austin; Pike couldn’t wait to start his professional baseball career and be free of Lonesome Point, and his controlling father, forever.

Tulsi had spent enough time at the Sherman house to know that Pike and his dad were like dynamite and a lit fuse, and other things best kept apart, and realized her days with Pike were numbered. Still, when she learned he’d been drafted onto a Minor League team, and would be spending spring break training, instead of joining her and Mia on their annual camping trip, Tulsi was devastated.

After a long cry in the hayloft and hugging her horse Velveeta’s neck for longer than a nearly grown woman should need to, she decided it was time to let her infatuation with Pike go. She was eighteen years old and going to college to study equine business in the fall. She was becoming a woman, and it was time to put little girl dreams on the shelf.

With those noble intentions in mind, she signed up for an internship at a busy working barn in Springfield, Texas, and went to stay with her Aunt Willa for the week of spring break. She showed up for her first day at work determined to make a fresh start. She was going to be a new Tulsi, a Tulsi who was focused on career and friends, not crushes on boys who saw her as a little sister to be teased, tormented, and protected, but never loved the way she yearned to be loved.

She could feel New Tulsi blossoming inside her as she helped out around the barn, her usual shyness vanishing as she taught little girls to groom and saddle their horses, and led toddlers around the ring on docile ponies.

Even before her new boss explained that the field was where the Springfield Cardinals minor league team held their annual training, Tulsi’s stomach was twisting into knots around her bite of potato salad. She’d already seen the familiar silhouette on the pitcher’s mound and realized that Pike Sherman was right across the street. Right across the
flipping
street, after she’d left home, missed the camping trip she’d been looking forward to for months, and stepped out of all her comfort zones in an attempt to purge her unrequited love from her system.

Tulsi rarely got angry—her father and big sister were the loose cannons in the Hearst family. She was a pacifist by nature, and believed kindness was the greatest virtue any human being could possess, but the fact that Pike had dared to stick his handsome nose into her fresh start made her mad enough to spit.

She stewed in her anger all day, and by the time Pike pulled up beside her in his red pickup truck as she was walking back to her aunt’s farm for supper, she was in a truly foul mood.

“Tulsi?” Pike frowned at her through the open passenger side window. “What the heck are you doing here? Did you and Mia come up to watch spring training?”

“No, I’m alone, and I’m
working,
Pike Sherman,” Tulsi said, losing the last of her cool. “I have a job that has nothing to do with you, your sister, your family, or baseball. I am a
person
, and I have my own dreams, my own interests, and my own life!”

“Well, you did,” she said, still so angry she couldn’t seem to control her mouth. “You’ve been insulting me for years.”

His eyebrows lifted. “What? When have I ever—”

The black car behind him on the two-lane country road blared its horn, but instead of driving away, Pike pulled over on the gravel shoulder in front of her and got out of the truck.

Tulsi watched his long, lean form emerge from the driver’s side, refusing to notice how amazing he looked fresh out of the shower, with his brown hair hanging in thick chunks against his forehead and a gray tee shirt molding to his impressive chest. Instead, she focused on the fact that Pike was an entire foot taller than her five feet three inches, and how stupid she was to have spent years crushing on a boy who would have put a terrible crick in her neck if she’d ever actually kissed him.

“Have I done something wrong?” he asked, waiting for her response with a lost expression on his face.

Tulsi rolled her eyes, wondering how a boy on the verge of graduating from college with a three point five could be so stupid. It wasn’t like her crush had been particularly subtle. Even her big sister knew Tulsi had it bad for Pike, and Reece rarely paid attention to anything that wasn’t about Reece, still considered Tulsi a baby, and hadn’t been home to Lonesome Point in years.

“Because if I have, I’m sorry. You know I love you,” Pike continued, his words sending an arrow slicing through her already suffering heart. “You’re like the sweet, less irritating little sister I never had. I really… I care about you.”

Tulsi sucked in a shaky breath, pain and frustration warring in her chest, making her brave enough to step closer and pin him with a hard look. “I care about you, too, Pike, but I’m sick and tired of being treated like your little sister.” His eyes went wide with surprise, but there was something else there, too, a flicker of interest that made her bold enough to take another step toward him and add in a softer voice, “And maybe I’m not as sweet as everybody thinks I am.”

“Is that right?” he asked, brow arching.

“That’s right.” Something wild and brave inside of Tulsi raised its head, insisting it was time to make her stand, to grab for what she wanted before Pike was forever out of her reach. “So, as far as I’m concerned, you have two options.”

He nodded slowly, holding her gaze with an intensity that made her shiver. “I’m listening.”

“Either get out of my way and let me forget you,” she said, adrenaline making her pulse pound in her throat, “or shut up and kiss me.”

Tulsi watched the spark in Pike’s eyes kindle into a flame with equal parts fear and excitement. There was no doubt she’d captured his attention, but when he reached for her, the moment still felt surreal. She’d been fantasizing about Pike taking her in his arms for so long that when he finally did it, it felt like a dream: a scene from a movie she’d watched too many times to believe she would ever play the starring role.

But then Pike’s lips dropped to hers, the soap and grass smell of him swirled through her head, and things got very real, very fast.

Tulsi had never exchanged more than a few experimental kisses with boys during seven minutes in heaven back in junior high and was, for all practical purposes, a kiss virgin. But her response to Pike’s tongue slipping between her lips was anything but timid. She welcomed his invasion with a moan, parting her lips and pressing up on tiptoe to deepen the kiss, mating her tongue with his, tasting mint and something intoxicating that was all Pike.

He tasted like dessert for dinner and midnight on New Year’s Eve, like sinful indulgences, bright new beginnings, and impossible dreams coming true. By the time he palmed her bottom in his hands, drawing her up his body so they could kiss without Tulsi standing on tiptoe, she was thoroughly addicted. Kissing Pike was even better than she’d imagined it would be. Her body felt like a hot air balloon, soaring into the sky on the heat they generated together, and she never, ever wanted to come down to Earth.

Courts of Idleness by Dornford Yates
Away Games: Science Fiction Sports Stories by Mike Resnick
Sacrifice by Cindy Pon
A Pirate's Tale: The Only Solution Is Retribution by Saxon Andrew
Three and Out by John U. Bacon
Billy Jeffers: Rockers of Steel by MJ Fields
Glacier National Park by Mike Graf
Awakened from Ice: 1 (Werewolf Sentinels) by Marisa Chenery
Soul Bonded by Malone, Meghan
Age Of Awakening: Unofficial Minecraft Adventures Series 3 In 1 by Ryan Johnson