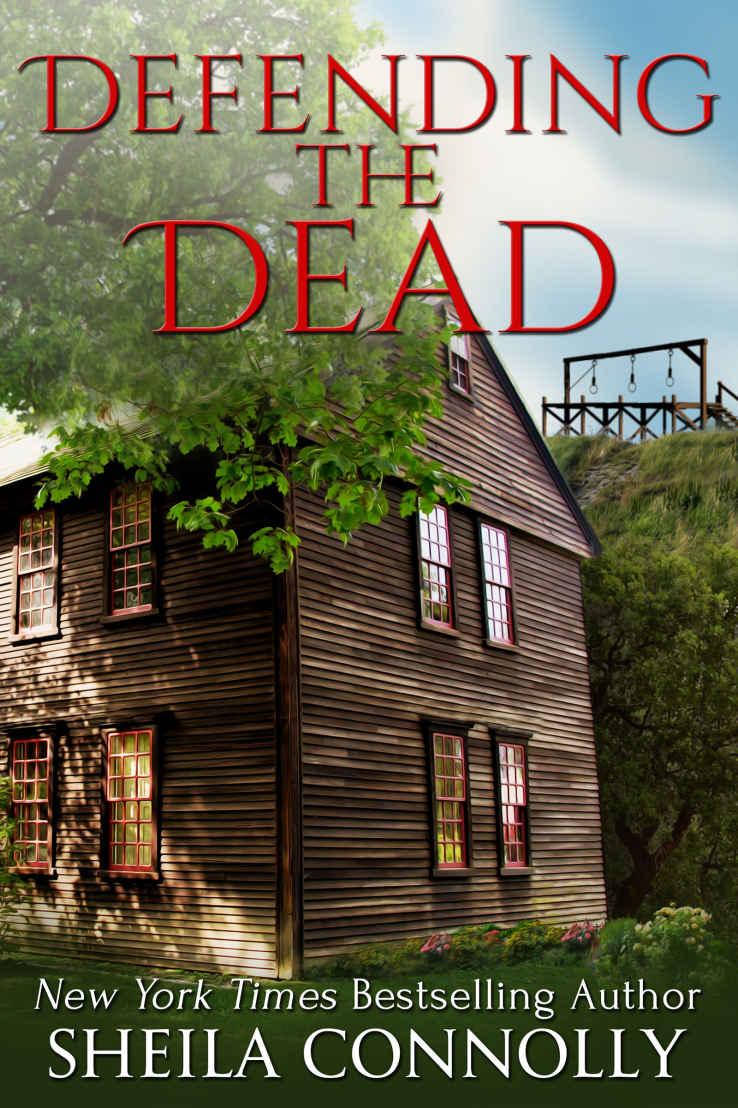 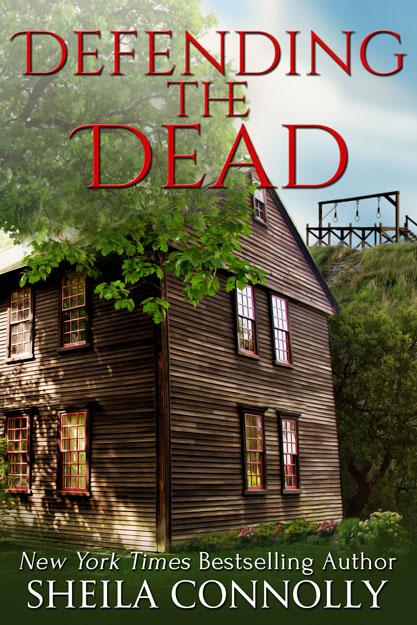 Abby Kimball has slowly accepted her recently discovered ability to see the dead, but none of the harmless sightings she’s experienced could have prepared her for the startling apparition of a centuries-old courtroom scene—where she locks eyes with a wicked and gleeful accuser. Thrown back more than three hundred years, Abby realizes she’s been plunged into a mystery that has fascinated people throughout American history: the Salem witch trials.

With her boyfriend Ned at her side, Abby digs into the history of the events, researching the people and possible causes of that terrible time and her own connection to them—all the while going more deeply into her connection to Ned, both extraordinary and romantic.

As Abby witnesses more fragments from the events in Salem and struggles with the question of how such a nightmare could have come about, she’s suddenly confronted with a pressing personal question: Were one or more of her ancestors among the accused? Unraveling the puzzling clues behind that question just might give Abby and Ned the answer to a very modern mystery of their own. 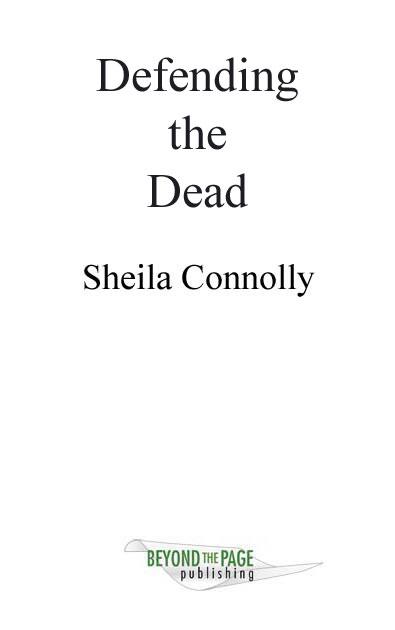 Beyond the Page Books

Beyond the Page Publishing

All rights reserved under International and Pan-American Copyright Conventions. By payment of required fees, you have been granted the non-exclusive, non-transferable right to access and read the text of this book. No part of this text may be reproduced, transmitted, downloaded, decompiled, reverse engineered, or stored in or introduced into any information storage and retrieval system, in any form or by any means, whether electronic or mechanical, now known or hereinafter invented without the express written permission of both the copyright holder and the publisher.

This is a work of fiction. Names, characters, places, and incidents either are the product of the author’s imagination or are used fictitiously, and any resemblance to actual persons, living or dead, business establishments, events or locales is entirely coincidental. The publisher does not have any control over and does not assume any responsibility for author or third-party websites or their content.

The scanning, uploading, and distribution of this book via the Internet or via any other means without the permission of the publisher is illegal and punishable by law. Your support of the author’s rights is appreciated.

Excerpt from
Privy to the Dead

“I hate stripping wallpaper!” Abigail Kimball said loudly, although there was no one to hear her. She stepped back and studied the mangy-looking wall in front of her, festooned with shreds of several layers of paper, and sighed: she had a long way to go.

She had to remind herself she had chosen this project. When she’d unexpectedly lost her job at the Concord Museum, through no fault of her own—well, nothing she could have foreseen—and the free house-sit she’d found had evaporated when the owners came back, Ned Newhall had asked her to move in with him. He owned a house near the center of Lexington, Massachusetts, close to the historic green, and she’d said yes. It made sense: they were in love, weren’t they? She wanted to spend time with him, whenever she could. He lived in a lovely town that oozed history.

She’d seen the house exactly once before she’d said yes.
Abigail, learn to think before you speak!
she told herself. It was an undeniably handsome and elegant three-story Victorian, but it had suffered from years of neglect, standing unoccupied while caught up in some inheritance battles, until Ned had finally bought it from the squabbling heirs. Clearly it needed a lot of work. But Ned was busy running the small scientific testing company he’d founded, and his business was booming, which meant he never had the time to do much with the house, and when he had any free time, he used it to volunteer to give tours of local historic buildings, which was how they had met.

Which meant he didn’t spend any time working on the house. The simple solution would have been to hire someone to fix up the place, or at least do the dirty work, but Ned didn’t want that. He claimed he wanted authenticity, using time-honored traditional techniques, and he wanted to do it himself. That explained why after owning the place for a few years he was still camping out in one bedroom with a bare minimum of furniture. At least the plumbing worked—that she had checked before moving in.

But being without a job wasn’t easy for her. She’d gone to a good college, worked hard, and been steadily employed since. Well, except when she’d moved to Massachusetts with a now ex-boyfriend and had still been looking for a job when she had dumped him. And met Ned, more or less at the same time, not that he’d been the reason she’d dumped Brad . . . water under the bridge. What she had with Ned was so much more intense that it was easy to forget Brad. Anyway, she liked working; she’d liked the job she had, organizing school programs for the Concord Museum. The kids had been great, and she’d always enjoyed history, and now she was living in the middle of it. Then, boom, no job. She hadn’t quite figured out what the next step was, and she knew she might have trouble finding another job without a reference from her former boss. Who she’d also liked, until a very odd combination of circumstances had blown a giant crater in their relationship. So here she was, licking her wounds, feeling sorry for herself, and trying to remove several decades of increasingly ugly wallpaper from the venerable plaster walls (complete with horsehair) of Ned’s—their large house. Which had a lot of rooms that had a lot of wallpaper. Nine-foot ceilings. Lots of fancy moldings—with flaking paint. Shoot, was she going to have to learn to do woodworking next? She hated power saws.

One wall done. One. At this rate it was going to take a year to get down to bare plaster, and that didn’t even include putting something up on it afterward. Right now she believed that settling for slapping paint on these virgin walls would be wrong, but she knew she might feel different after another four or six rooms. She laid a hand on one of the few bare patches of wall, which still had a lot of dried paste clinging it to. She was feeling for past inhabitants of the place, somebody whose frustration had seeped into the plaster and left its own residue. Nothing: blast them, they must have enjoyed their task, or at least not hated it.

“Anybody home?” Ned’s voice coming from the doorway startled Abby.

She whirled to face him. “You’re early! It’s not even dark yet.”

“No, this is when I usually get home. How long have you been doing that?” He waved vaguely at the wall.

“Since, uh, lunch? You know, if I add up the amount of time it takes to clear this stuff off on a per-square-foot basis—I don’t want to know what the answer is!”

Ned wrapped his arms around her and she forgot the wallpaper, and the walls—and everything except the man.
This is why I’m here,
she said to herself—and stopped thinking.

“Better?” he asked softly, looking down at her.

“Much. I can see now why you’ve been avoiding doing this for so long.”

“Really? I’ve never tried stripping walls. How do you know I wouldn’t like it?”

“Fine, you can try it, maybe over the weekend. We can race each other to see who gets the most done. And I want to rent a steamer—this nonsense of spraying water at the walls isn’t working, and it’s making a huge mess.”

“Sounds good. I’ll figure out who rents them, or maybe we can buy one. There are plenty of walls to do, so that might be more cost-effective.” He paused a moment. “What I said earlier . . .”

“You mean, was anyone home? Like in the walls?” He was asking whether she had sensed any prior residents in the house—a skill she’d only recently discovered. “No, not that I’ve found. It would appear that either the paperhangers were very happy people or they’re definitely not my ancestors, or both. Now, if somebody had been killed here, it might be different. Are you disappointed?”

“No, not really. Just asking. We’ve still got the cemetery out back if we want company.”

“Yes, we do. But we can’t expect to ‘see’ people all the time, everywhere,” Abby told him. “Thank goodness. Can you imagine it? Like standing in the middle of an airport at Thanksgiving, with all those people rushing by in different directions. Only, they’d be in different times too. Would they run into each other? Or run
through
each other? It would be kind of overwhelming, wouldn’t it?”

Abby was still struggling to get used to an ability she’d discovered less than a year earlier: she saw dead people. Ghosts, some would say, although they seemed real when she saw them. She could hear them talk, but she hadn’t dared try to touch one of them. She’d found early on that touching something that had once been theirs gave her a sort of electrical jolt, but only if they had possessed it during times of high emotion. At first it had only been the times like that, when the owners had been under great stress or in emotional pain, that had come through to her, and, as she had discovered after a little research, only if they had been her lineal ancestors, back up the line somewhere. Since she hadn’t lived in New England until recently, she’d never crossed paths with them before, but now she was finding them all the time, it seemed.

Mirage by Tracy Clark
The Crystal Frontier by Carlos Fuentes
Wraiths of Time by Andre Norton
What If... All Your Friends Turned On You by Liz Ruckdeschel
Song for Silas, A by Wick, Lori
The Vintner's Luck by Elizabeth Knox
Caught on Camera: Part One by Lily Harlem
Betwixt by Tara Bray Smith
Judith Krantz by Dazzle
Shrouded in Darkness (Shrouded Series) by Thomson, H. D.