Death of a Cupcake Queen 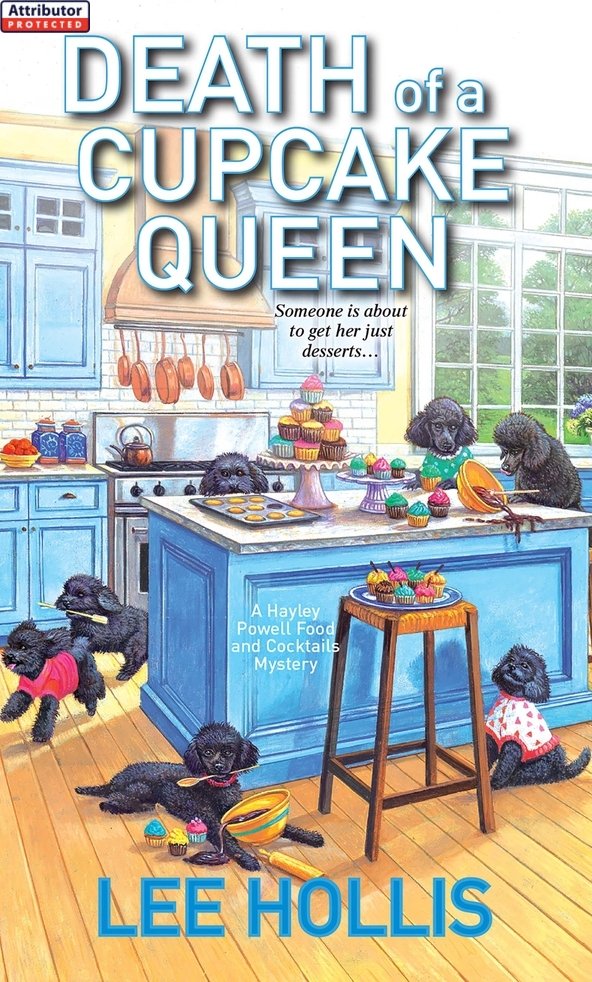 DEATH OF A CUPCAKE QUEEN
Suddenly rising above the din of the dogs barking was a man's anguished cry.
It was coming from the kitchen.
The swinging doors burst open and Charles McNally, his arms raised in the air, his face a frozen mask of grief and horror, stumbled out.
He could barely speak.
He just pointed toward the kitchen.
Leading the charge, Hayley dashed across the room with Liddy, Nykki and Sabrina close on her heels. They were followed by a swarm of other startled and curious classmates. They all poured into the kitchen and stopped short at the grisly sight.
Ivy Foster was lying face down on the floor surrounded by her signature butter cream cupcakes as her devoted pack of tiny toy poodles named after the seven dwarves danced around her body yipping and yapping and howling in a panicked frenzy . . .
Books by Lee Hollis
DEATH OF A KITCHEN DIVA
Â
DEATH OF A COUNTRY FRIED REDNECK
Â
DEATH OF A COUPON CLIPPER
Â
DEATH OF A CHOCOHOLIC
Â
DEATH OF A CHRISTMAS CATERER
Â
DEATH OF A CUPCAKE QUEEN
Â
Â
Â
Published by Kensington Publishing Corporation
A Hayley Powell
Food & Cocktails Mystery
DEATH OF A CUPCAKE QUEEN
LEE HOLLIS