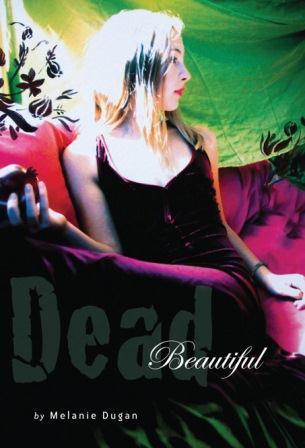 All rights reserved. No part of this book may be reproduced, transmitted in any form or by any means, electronic, mechanical, photocopying, recording, or otherwise without written permission from the publisher (or in the case of photocopying or other reprographic copying, a license from a licensing body such as the Canadian Copyright Licensing Agency), except by a reviewer, who may quote brief passages in a review.

I knew he’d be the death of me.

But he was beautiful. And why not die for beauty? We’re all going to die, and beauty’s as good a reason as any.

My daughter, my daughter. The instant it happened, I knew. And now she is gone, stolen from me. My white-armed daughter.

Give me a break. Do I look like the kind of guy who has to go around kidnapping women for companionship? No. I’m successful, I’ve got a good job — my relatives and I have things wrapped up nicely. I drive the newest, top-of-the-line models, dress well. I’ve got women — beautiful women, well-educated, successful women — nymphs, naiads and Nereids throwing themselves at me. There’s no shortage. All this talk of abduction and rape. It wasn’t like that at all.

Persephone and I were walking through the field. I like Persephone; she’s cool. I call her Pers. We’ve known each other since grade school. I mean, her mom’s a Level-1 Goddess and I’m just a water-nymph. Pers could be snotty about that if she wanted, but she’s not, she’s cool with it.

She’s the one who started the diaphanous gown style, which has really caught on.  Before that we were all running around in these long, heavy, wrinkly wool things, which were killer when it got hot. I like the diaphanous gowns; they’re light, comfortable and really flattering for certain figure faults. Although, as my mother points out, they do tend to snag on stuff, especially when you’re walking through bushes and shrubbery. But they go with pretty much everything except maybe black leather, thigh-high S&M boots and Uggs.

It was a sunny day. It was always sunny in those days, before all this blew up. No worries about the ozone. Sun, sun, sun. The air was always just the right temperature for us to wear our diaphanous gowns. It was quite nice, all that sun, the temperate weather. Even the showers were pleasant little sprinkles that left you feeling refreshed but not drenched. And that’s another plus about those gowns — they dry fast.

All that perfection. You might think it was great — and it was — but to be honest it got a bit boring. I said that once to Pers, “It’s kind of dull, the sunshine, the gentle temperatures, the tiny, perfect rainshowers.”

And she’s like, “Oh. My. Gawds. Do not let my mother hear you say that. All she does is obsess about keeping everything perfect. She’s really proud of what a good job she does, too. All the time she’s asking, ‘How’s the temperature? Is it too warm? Too cold? That little breeze — is it too chilly?’ ” Pers rolled her eyes. “And I’m, like, ‘No, mom. It’s prefect, just fine.’ Then she’s, ‘I’ve been scheduling the showers early in the day so the plants have enough water to get through the sunniest part of the day, but that kind of puts a damper on the morning, so I’m thinking maybe moving the showers to after lunch would be good, when everyone wants to take a nap, or maybe even into the evening, but I’ve read that watering plants at night promotes mold growth. What do you think?’ And I’m, like, ‘Whatever.’ I think she needs to take a break, but the one time I brought that up — Gawds — I never heard the end of it. ‘Take a break? Who’s going to manage the weather and all if I do that? Who’ll make sure the temperature doesn’t fall below freezing and kill the crops?’ And then she saw a cloud heading off in the wrong direction and she had to go straighten that out. She is such a control freak. Although she gets ticked when I say that. ‘Well someone’s got to be an adult and take responsibility,’ she says. ‘Unless you want to.’ And I’m, like, ‘No, o.k., great job, mum.’”

So we were walking along in our diaphanous gowns through this field. I have to say, the field was amazing. And to give credit where it’s due, a lot of that was because of Pers. She really had a thing about flowers. She knew her stuff. Maybe it was because of spending all that time with her mother, who had general responsibility for grains and crops and all the stuff that grew. Demeter’s first priority was fertility and all, and agriculture sort of came under that. I don’t know if was always that way or if was assigned as a result of the general downsizing.

Whatever, this field we were strolling through was a special project of Pers’s and it was amazing. There were irises the deep purple blue of the late evening sky with throats as gold as honey. There were crocuses: blue, purple, yellow. Hyacinths that smelled like spring before spring even existed. Daffodils the same colour as the sun. Roses, all the colours of sunset and dawn. Galanthus, their white drops bobbing in the perfect gentle breeze that always played in the air in those days. Tulips, so many tulips: red, yellow of course, but also blue, black — Pers pointed the black ones out. “That’s something new,” she told me. “Aren’t they cool? The way the black seems to absorb all the light.”

I thought it was o.k., but I’m not big on black. But the smells, they were unearthly, it was like all the perfumes in the world and more. My head swam, I felt kind of dizzy.

So then we’re walking along through all of this and she saw something new, something she hadn’t seen before. Whenever she saw something new there was no holding her back. It had got her into trouble before, like the time her mom got a new timer to regulate sunrise, sunset, and Pers just had to fiddle with it. For two days Helios was popping up and down every hour or so until her mom figured out what was wrong and re-programmed the damn thing. Stuff hit the fan over that. So you’d think Pers would learn. But maybe it was just a matter of temperament. Curiousity.

At any rate, up ahead she sees this flower, one she’s never seen before, a long slender stem bending under the weight of a bloom, a bloom so white it seemed to glow. And the smell — a bit like citrus, a bit like cinnamon, sweet, but not too sweet. Mock orange is too sweet, but this wasn’t like that, this was Olympian.

“Oh, look,” she says, lifting up her diaphanous skirts and picking up speed.

“Hold on,” I’m calling to her. I don’t know what I was going to say next, only that I had an odd feeling about this.

And that’s when all Hades broke loose.

I can’t be expected to keep my eye on her all the time. I’ve got things to do, crops to watch over, rainfall to regulate. It’s a very finely-tuned system, there’s a lot to keep track of. Reading to stay on top of, trade magazines, monographs, etcetera. And there’s no getting good help these days — just try and find someone who can tell the difference between Altocumulus stratiformis translucidis and Cirrocumulus lacunosus. If I have to, I can whip up a tornado on my own, but it’s just not like the old days when a bunch of us used to get a real rip-roarer going once a month.

I know Persephone thinks I’m a control freak, but someone has to be or things will fall apart. I mean, look at the problems we’re having with corn these days — too hot, the silks withering before they’re pollinated. And the bees — my darling bees, so hardworking, so conscientious — I weep over my bees.

It was better before the departments were merged; Ceres looked after cereals, edible crops, that sort of thing, and I was more generally in charge of fertility, the weather, with a side responsibility for weeds and shrubbery. But with our support base shrinking we’ve had to cut back. There’s this new kid on the block — Jesus? — he seems like a nice young man, but he’s sapping our funding. So they merged departments and that increased my workload. Ceres got a lateral transfer; she handles only breakfast cereals now — one of the few growth areas in the organization. But we still have to keep the crops coming, and that’s my responsibility.

And Persephone’s not a child — she’s 19 millenia old, almost an adult for Zeus’ sake. She ought to be able to make informed decisions. I mean, we’ve talked about these things; don’t accept what has been sacrificed to another God, don’t trespass on another God’s territory. What with all the re-structuring, people are getting touchy about that sort of thing. I told her, you have to be careful.

But it’s not like her to be careful. Even as a baby she was impulsive, always reaching out for whatever caught her attention, even if, as sometimes happened, she grabbed a flower only to be stung by a bee. That impetuousness I loved about her, that spontaneity, her unguarded nature.

She was beautiful — her hair soft and silken, her cheeks round and rosy — and sweet-natured, always laughing. I loved her so much it was painful. My love for her was — is — immediate and overwhelming. The poets and songwriters would have you believe that to be in love is to be in a state of bliss, but that’s not true. To be in love as I love my daughter is to be a prisoner of that love. It holds you hostage. If Persephone skinned her knee, I winced in pain; if she caught cold and ran a temperature, I had no comfort or peace until her fever broke. Could I have freed myself from love’s hold? No, even if she died, my love for her would continue, but such a loss would have been the death of me. Before she was born I led a carefree life; after she arrived, suddenly I had the world to lose.

Of course I knew what was going on. I’m nigh-omniscient. Nigh-omnipotent, too, but that doesn’t mean I wasn’t busy, and I was. I was with 00/01/11, God of Accounting. As a God he’s a little under-reported, I know, but he’s essential, nonetheless. In an organization this size, you’ve got to stay on top of things. There are balances to be maintained. And don’t believe them when they tell you we didn’t know about zero (0) — that’s what you’re looking at when you lose market share: 0, nada, oblivion.

Demeter worries about this Jesus fellow — we all do. He’s a nice guy, no question, and I agree with a lot of what he says, but if we lose market share, where does that leave me? I mean, really, what am I qualified to do? Run an organization into the ground simply to reap enormous bonuses and huge stock options? For one thing, I’m not interested in fancy shower curtains, and for another thing, those guys are
Plutocrats
, not Zeusocrats.

No, I’m thinking what’s waiting for me when all this winds down is a nice little place in Tuscany, a grove of olive trees. The weather there is mild, a consideration at my age.

[Brackets] by Sloan, David
The Lost Days by Rob Reger
The Ice Age by Kirsten Reed
Her Kind of Hero by Diana Palmer
Easterleigh Hall by Margaret Graham
Nature of the Beasts by Michaels, Trista Ann
A Father's Sins: A Pride and Prejudice Variation by J Dawn King
Fever (Blood Moon Rising, #1) by Lola Taylor
Counterfeit Cowgirl (Love and Laughter) by Greiman, Lois
Magic in the Shadows by Devon Monk