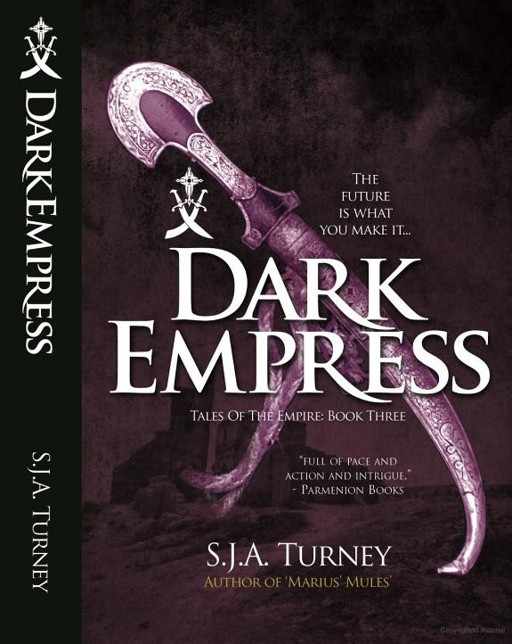 I would like to dedicate this work to Lilian, without whose support the book would not have happened.

Also, to my father-in law and mother-in-law, who not only gave me the love of my life, but who also keep me grounded and realistic.

This book is available in print at most online retailers

Published in this format 2011

The author asserts the moral right under the Copyright, Designs and Patents Act 1988 to be identified as the author of this work.

All Rights reserved. No part of this publication may be reproduced, stored in a retrieval system or transmitted, in any form or by any means without the prior consent of the author, nor be otherwise circulated in any form of binding or cover other than that which it is published and without a similar condition being imposed on the subsequent purchaser.

By the same author:

For twenty years civil war has torn the Empire apart; the Imperial line extinguished as the mad Emperor Quintus burned in his palace, betrayed by his greatest general. Against a background of war, decay, poverty and violence, men who once served in the proud Imperial army now fight as mercenaries, hiring themselves to the greediest lords.

On a hopeless battlefield that same general, now a mercenary captain tortured by the events of his past, stumbles across hope in the form of a young man begging for help. Kiva is forced to face more than his dark past as he struggles to put his life and the very Empire back together. The last scion of the Imperial line will change Kiva forever.

Captain Varro of the Fourth army is about to have the worst day of his life. Wounded in battle and fearing for his life and his future, he stumbles upon a plot that reaches deep into the past and into the roots of everything in which he believes.

Accompanied by a young engineer from his unit and the daughter of his commander in chief, he begins to unpeel layers of treachery and murder that threaten not only himself, but the people that he loves.

Ironroot is a tale of treason and revenge set in the world of the Interregnum, some twenty years after the events of that book.

It is 58 BC and the mighty Tenth Legion, camped in Northern Italy, prepare for the arrival of the most notorious general in Roman history: Julius Caesar.

Marcus Falerius Fronto, commander of the Tenth is a career soldier and long-time companion of Caesar's. Despite his desire for the simplicity of the military life, he cannot help but be drawn into intrigue and politics as Caesar engineers a motive to invade the lands of Gaul.

Fronto is about to discover that politics can be as dangerous as battle, that old enemies can be trusted more than new friends, and that standing close to such a shining figure as Caesar, even the most ethical of men risk being burned.

57BC. The fearsome Belgae have gathered a great army to oppose Rome and Fronto and the legions assemble once more to take Caesar’s war against the most dangerous tribes in the northern world.

While the legions battle the Celts in the fiercest war of Caesar’s career, the plots and conspiracies against him, both at Rome and among his own army, become ever deeper and more dangerous.

It is 56bc. As Fronto and his friends winter in Rome and Caesar in Illyricum, trouble is brewing in the north. The tribes of Armorica, driven to desperate action by the harsh rule of Crassus, raise their standards in defiance of the Roman eagle, causing a chain reaction that threatens everything the legions of Caesar have achieved. Can the general's commanders stamp out the fires of rebellion before the whole of Gaul is ablaze?
Meanwhile, in Rome, the conspiracies against Caesar take an unexpected turn, plunging Fronto and his friends into a world of crime, violence and intrigue that threaten everything the legate cares about. The city is in turmoil and the republic is teetering on the brink of disaster.
In a year that takes the legions and their commanders to the heaving Atlantic Ocean, the treacherous valleys of the Pyrenees, and the seething underbelly of the greatest city in the world, everything is about to change for Marcus Falerius Fronto.

All books available from all good online stores. 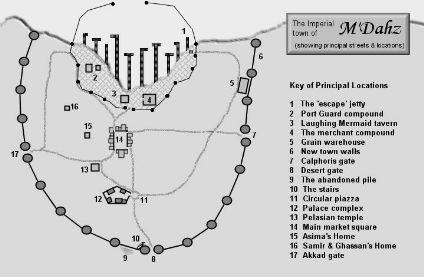 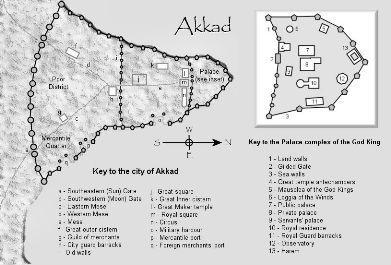 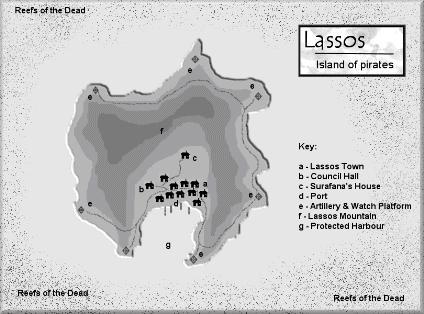 If, in her later years, Asima described to someone the town where she grew up, which of course she wouldn’t, she would have been spoiled for adjectives. M’Dahz was the last Imperial town before the Pelasian border and, as such, shared more of the characteristics of their swarthy mysterious people than of the great culture of the Empire. It was a border garrison, a mercantile port, trading post, and caravanserai.

It smelled of spice and of sweat; of work animals and of sweet meats; of the sea and of the desert. It was a meeting of every world and a clash of mouth and eye-watering noises, sights and aromas. It was a maze of narrow streets and alleys, the ramshackle adobe houses often kept from toppling outwards by the heavy wooden struts that were jammed from side to side above head height throughout most of the town. To ward off the worst heat of the day and the periodic cloying sandstorms from the south, the people hung rugs over the beams, turning the alleyways into stygian tunnels and creating a labyrinth.

With the exception of the main thoroughfare that ran from the port to the Bab Ashra, the Desert Gate, the only part of M’Dahz that felt open and fresh was the palace compound, forbidden to all bar nobles, dignitaries and the military. A small and well-tended garden surrounded by elegant balconied residences, the compound presented a solid wall, free of windows, to the outside, shunning the dirty, smelly, noisy town that teemed with life.

The whole town sloped downwards from the desert to the sea, and it was said that a man could walk the streets of M’Dahz for a week without finding a road free of steps. It wasn’t true, of course, but such streets were indeed rare, and every town has to have its little foibles after all. The town was self-styled as the ‘Southern Bastion of the Empire’ though in truth as much Pelasian or desert nomad blood pumped in the veins of its people as that of the Empire. And as for ‘bastion’? Well the town had its walls, along with three grand gates, but the walls had long been abandoned as a defensive perimeter and more often served as the rear wall of a house than a barrier to potential attackers. In fact, for almost a third of their length the walls were now buried deep inside the town itself, invisible without requesting entrance to peoples’ houses.

Space was at a premium in M’Dahz. Everything clustered together as close to the centre as possible, like a pile of broken pots, as the people tried to distance themselves from the outskirts where the dust piled up at the foot of walls and the sand had to be swept daily from the streets. There was certainly no park or garden; no green space; no fields or orchards. But then everything the people needed came from trade: dates and fruit and meat brought by caravan from the oases inland, or grains and meats by ship from Pelasia and the great Imperial cities.

People who visited asked merchants how anyone could live in the conditions they encountered at M’Dahz. But then the merchants would arch their eyebrow and ask in a concerned voice how anyone could consider living anywhere else. M’Dahz was dirty, noisy, smelly, at constant risk of sandstorm, barren and dry. But M’Dahz was life in its rawest form.

Asima would never speak of these things, or how she began as the daughter of a humble seller of animal feeds before her rise to courtesan, concubine, and finally Empress.

In which journeys are started

They were seven years old when Asima first began to notice a change in the way the boys looked at her. It was not the lust, desire or hunger she would so often encounter later in life, but rather an indefinable need to be near her and to seek out her attention and approval. She would find in the coming days that she enjoyed their attention, but on that first day it surprised her, particularly given the strange timing that exhibited a subtle shift in the attitude of both boys, apparently independently.

It was a summer afternoon in M’Dahz, though only a local would have noticed much difference between the seasons in this arid, searing land. The heat was already unbearable to most folk and only children, slaves and the duty-bound were in evidence beneath the fiery orb of the sun. The noise of the town was muffled as it rose from the stifled and shady alleyways beneath their coverings of rugs and blankets. A distant gong announced the call to temple for the faithful of the Pelasian divinity, but the subsequent clangs were lost among the noise of a town where life continued apace beneath the shady covers.

Asima turned to Samir, shading her eyes from the worst of the glare. The smaller of the two boys, Samir held the attention of girls older than he. There was something about that face, the way his mouth turned up slightly at the corners as though he wore a permanent knowing smile. There was a delightful, if wicked, twinkle in his eye at all times, and his bronzed skin and short, straight black hair were smooth, neat and perfectly complemented his fine oval face. His clothes, for some reason, looked stylish and carefully chosen, despite the fact that Asima knew that they were little more than rags; hand-me-downs from distant friends of his mother, washed so many times they had lost all shape and colour. And yet something about the way he wore them made them look princely.

Look Me in the Eye: My Life with Asperger's by John Elder Robison
The Underground by Ilana Katz Katz
Tom Swift and His Aquatomic Tracker by Victor Appleton II
The Drop of the Dice (Will You Love Me in September?) by Philippa Carr
Into The Darkness by Kelly, Doug
Message Received by Naramore, Rosemarie
Happy Valentine's Slay ( A Grimm Diaries Prequel 10.5 ) by Jace, Cameron
Natural Beauty by Leslie Dubois
The Jake Thomas Trilogy: Book 02 - Sword of Light by Steven A. Tolle
Talker by Amy Lane