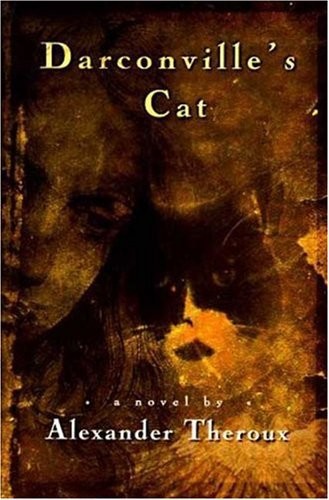 Reprinted from
The Collected Poems of Wallace
Stevens
, by Wallace Stevens, by permission of Alfred A. Knopf,
Inc.

THEY FLEE FROM ME

They flee from me, that sometime did me seek,

With naked foot stalking in my chamber.

I have seen them, gentle, tame, and meek,

That now are wild, and do not remember

That sometime they put themselves in danger

To take bread at my hand, and now they range,

Busily seeking with a continual change.

Thanked be fortune it hath been otherwise,

Twenty times better; but once in special,

In thin array, after a pleasant guise,

When her loose gown from her shoulders did fall,

And she me caught in her arms long and small,

And therewith all sweetly did me kiss

And softly said, “Dear heart, how like you
this?”

It was no dream: I lay broad waking.

But all is turned, through my gentleness,

Into a strange fashion of forsaking;

And I have leave to go of her goodness,

And she also to use newfangleness.

But since that I so kindely am served,

I fain would know what she hath deserved.

THIS IS A STORY of murder, which, as an act, is as
apt to characterize deliverance as it is to corroborate death.
There are certain elemental emotions that touch upon powers other
and larger than our own discrete wishes might allow—for every
consciousness is continuous with a wider self open to the hidden
processes and unseen regions created in the soul by the very nature
of an
opposite
effort—and while, taken together, each may
prove the other simply by contrast, considered separately neither
may admit of various shades in the law of whichever whole it finds
reigning at the time. That which produces effects within one
reality creates another reality itself. I am thinking,
specifically, of love and hate.

We cannot distinguish, perhaps, natural from
supernatural effects, nor among either know which are favors of God
and which are counterfeit operations of the Devil. Who,
furthermore, can speak of the incubations of motives? And of love
and hate? Are they not too often, in spite of the comparative chaos
within us, generally taken to be little more than a set of titles
obtained by the mere mechanical manipulation of antonyms? I have no
aspiration here to reclaim mystery and paradox from whatever
territory they might inhabit, for there is, indeed, often a killing
in a kiss, a mercy in the slap that heats your face.

There is, nevertheless, a particular poverty in
those alloplasts who, addressing tragedy, seek to subdistinguish
motives beyond those we have best, because nearest, at hand, and so
it is with love and hate— emotions upon whose necks, whether wrung
or wreathed, may be found the oldest fingerprints of man. A simple
truth intrudes: the basic instincts of every man to every man are
known. But who knows when or where or how? For the answers to such
questions, summon Augurello, your personal jurisconsult and
theological wiseacre, to teach you about primal reality and then to
dispel those complexities and cabals you crouch behind in this sad,
psychiatric century you call your own. It is the
anti
-labyrinths of the world that scare. Here is a story
for you. Your chair.

IV. He Enters the House of Rimmon 15

V. Were There Reasons to Believe—? 28

XIV. The Witchery of Archery 79

XVII. “An Embarrassing Occurrence at Zutphen

XX. A Wandering in Brocéliande 107

XXII. The Clitheroe Kids no

XLV. Sounds of the Fundament 280

XLVII. A Fallacy of the Consequent 298

LVI. The Wedding Is Banned 366

LVIII. Over the Hills and Far Away 380

LXIII. Figures in the Carpet 405

LXIX. Biography of a Eunuch 452

LXXVII. The Nowt of Cambridge 509

LXXXIII. Gone for a Burton 592

LXXXIV. What Is One Picture Worth? 597

LXXXV. A Digression on Ears 600

XXXVIII. Week of the Sabbat 618

XCIV. Journey to the Underworld 671

Delirium is the disease of the night.

DARCONVILLE, the schoolmaster, always wore black.
The single tree, however, that shanked out of the front yard he now
crossed in long strides showed even more distinct a darkness, a
simulacrum of the dread probationary tree—trapfall of all lost
love—for coming upon it, gibbet-high and half leafless in the
moonlight, was to feel somehow disposed to the general truth that
it is a dangerous and pagan notion that beauty palliates evil.

He was alone. It had always seemed axiomatic for him
that he be alone: a vow, the linchpin of his art, his praxis.

The imperscrutable winds of autumn, blowing leaves
across the porch, had almost stripped the tree, leaving it nearly
naked and essential against the moon that shone down on the quiet
little town in Virginia. It was late as he let himself into the
house and walked up the creaking stairs to his rooms where, pulling
a chair to the window, he sat meditatively in that dark chamber
like a nomadic gulsar—his black coat still unbuttoned—and was left
alone with those odd retrospective prophecies borne in on one at
the start of that random moment we, for some reason, choose to call
the beginning of a new life.

The night, solemn and beautiful, seemed fashioned to
force those who would observe it to look within themselves. He
watched awhile and then grew weary. He took a late mixt of some
rolls and a bottle of ale and soon dropped asleep on his bed,
dreaming out of fallen reason the rhymes received with joy he
shaped accordingly. It was only early the following morning that he
found on the bedside table next to his pen and unscrewed cap—a huge
Moore’s Non-Leakable—the open commonplace book in which, having
arisen in the middle of the night to do so, he had written a single
question: “Who is she?”

I thought I heard the rustle of a dress, but I
don’t—I don’t see anyone. No, I imagined it.

—
Peter
Schlemihl; or, The Man Who Sold His Shadow

SEPTEMBER: it was the most beautiful of words, he’d
always felt, evoking orange-flowers, swallows, and regret. The
shutters were open. Darconville stared out into a small empty
street, touched with autumnal fog, that looked like the lugubrious
frontispiece to a book as yet to be read. His obligate room, its
walls several shades of distemper, was spare as the skite of a
recluse—a postered bed, several chairs, and an old deal desk he’d
just left, confident in the action of moderating powers, to ease
his mind of some congested thoughts. He looked at his watch which
he kept hung on a nail. The afternoon was to have been spent, as
the morning had, writing, but something else was on his mind.

There was an unfinished manuscript, tentatively
called
Rumpopulorum
, spread out there, a curious, if
speculative, examination of the world of angels, archistrateges,
and the archonic wardens of heaven in relation—he appropriated
without question the right to know both—to mortal man. The body of
material, growing over the last few months, was formidable, its
sheets pied with inky corrections and smudged with the additions
that overheated his prose and yet brought it all to test.

The human skull, his pencils in its noseholes, that
had been ritually placed on that desk a week previous—his first
days in the South— seemed appropriate to his life, a reminder,
mysteriously elate, of what actually wasn’t, something there but
not, a memory of man without one, for not only had he more or less
withdrawn from the world, long a characteristic of the
d’Arconvilles, but the caricatures of mortal vanity were as
necessary to his point of view as the unction of religious
conventionality was featureless.

Darconville’s cat leaped onto the windowsill and
peered up, as if collating the thoughts of his master: where were
they? How had they come to be here? What reason, in fact, had they
to be in this strange place? The young man, however, continued
leaning by the window and reviewing what he saw. But there was
another view, for behind it, or perhaps beyond somewhere, in vague,
half-blind remembrances of wherever he’d been—sources of endless
pleasure to him—he dwelled awhile to find himself, looking back in
time, surprised at the absence in it of any figure but his own. He
felt no particular responsibility to memory but accepted his
dreams, to which, living altogether as a twin self in the depths of
him, he could speak in inviolable secrecy.

Heart of the Lonely Exile by BJ Hoff
Whatever by Ann Walsh
Riding the Storm by Brenda Jackson
Aphrodite by Russell Andrews
Though None Go with Me by Jerry B. Jenkins
Wicked by Shannon Drake
So Much to Live For by Lurlene McDaniel
The Rogue You Know (Covent Garden Cubs) by Shana Galen
Bad Lawyer by Stephen Solomita
Gods and Beasts by Denise Mina