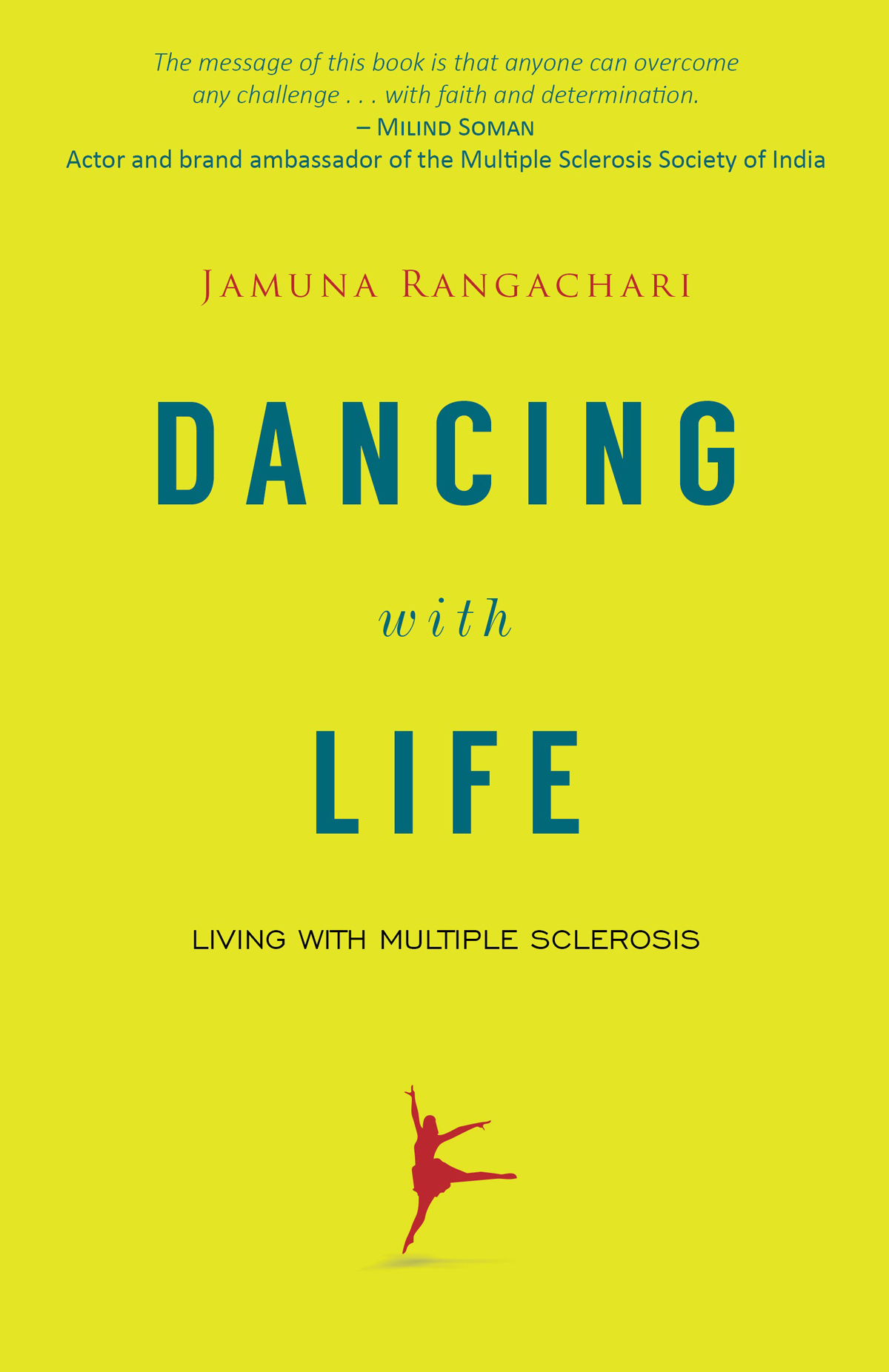 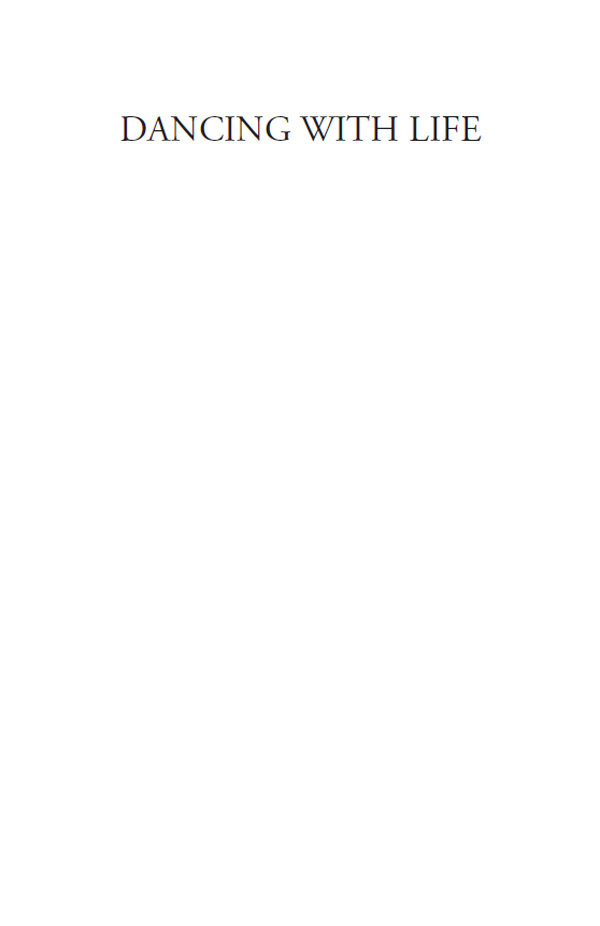 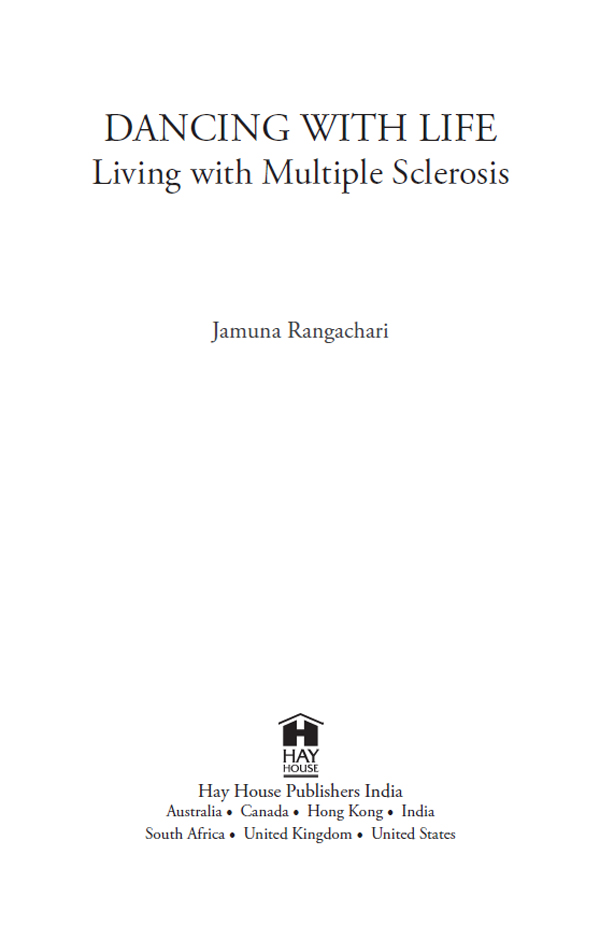 The views and opinions expressed in this book are the author’s own and the facts are as reported by her. They have been verified to the extent possible, and the publishers are not in any way liable for the same.

All rights reserved. No part of this publication may be reproduced, by any mechanical, photographic, or electronic process, or in the form of a phonographic recording, nor may it be stored in a retrieval system, transmitted, or otherwise be copied for public or private use – other than for “fair use” as brief quotations embodied in articles and reviews – without prior written permission of the publisher.

The author of this book does not dispense medical advice or prescribe the use of any technique as a form of treatment for physical, emotional, or medical problems without the advice of a physician, either directly or indirectly. The intent of the author is only to offer information of a general nature to help you in your quest for emotional and spiritual well-being. In the event you use any of the information in this book for yourself – which is your constitutional right – the author and the publisher assume no responsibility for your actions.

Printed and bound at

Who taught me that in case of any dis-ease,

love always knows how to put one at ease.

Chapter 2
The Power of Acceptance

Chapter 3
Gearing up for Combat

Chapter 6
MS is a Comma, Not a Full Stop

Why this book is necessary

The wound is the place where the light enters you.

I
N
2002, I
HAD JUST TURNED THIRTY-THREE AND
was working as a software professional in Mumbai when Multiple Sclerosis (MS) first struck, although it took me nearly four years to be diagnosed and begin the healing process in earnest. MS is an inflammatory disease in which the insulating covers of nerve cells in the brain and spinal cord are damaged. This damage disrupts the ability of parts of the nervous system to communicate with each other and the rest of the body.

I was caught by surprise by the various health problems that started attacking me one by one after this; for all these years I had been taking reasonably good care of my health. Every morning I used to take a walk by the seaside and although I never went to a gym, I regularly used the stairs in my building instead of the lift, as a minimum fitness routine.

Since I didn’t know back then that I was suffering from MS, I kept myself engaged in literary pursuits. Two of my books,
One
and
The Magic Liquid
were published in early 2005.

But at the time that my mind was performing at its best, my physical self was slowly deteriorating. MS had gradually and stealthily entered my life, but I was yet to know this. Looking back now, it makes some sort of sense that I became a writer at more or less the same time as MS entered my life … and in the years to come writing would became my coping mechanism, my refuge and as well as a means for me to do my bit to help others.

Three more books followed. And now in your hands you hold my sixth book
Dancing with Life: Living with Multiple Sclerosis
that chronicles my journey with MS. Before reading this book, however, you must know what this book is not. This is not a medical book of any kind. It does not advocate any particular treatment as the universal solution for MS. I’m more interested in sharing the various therapies and thought processes that have proved beneficial to me, and I hope might work for others who have been diagnosed with MS.

This is a life-affirming book that celebrates the power of hope and the will to live a purpose-driven life. It is an attempt to bring hope and positive energy to everyone, whether or not one is facing a health challenge.

Most of all, it is a book that hopes to convey the message that being diagnosed with a disease does not mean one cannot lead a complete and wholesome life. MS or any other problem is just a comma in the story of our lives and not the full stop.

2002 was the year that changed my life completely. It was thirteen years ago, but I can still remember with clarity my first tryst with MS. From being the fittest person on the block – one who loved walking along the beach in Mumbai in the mornings and someone who thought taking the stairs was the best thing in the world, I was slowly turning into a stranger. My body, as I had known it, was changing and with it my identity as a dedicated software professional and devoted mother and homemaker was put in peril.

It all started with a mild numbness in my left arm. The numbness slowly travelled further down and caught my feet unawares. I began finding it difficult to walk with each passing day and my walks along the seaside now began to reduce drastically in both number and duration. When the numbness reached my thighs, I realized that not only was walking difficult, but I would often trip and fall even when there was nothing to obstruct my path. It was as if my body had stopped listening to my brain. The first signs of MS were rearing its head but I didn’t know it then. As I have mentioned earlier, MS is a neurological condition where the myelin sheath covering the brain cells get damaged and start disrupting the transfer of nerve signals, causing a wide range of potential symptoms. The most common symptoms found in people affected with MS are
*
:

Instead of paying close attention to my body I went to the other extreme and believed that if I started ignoring these symptoms they would disappear on their own. I was definitely not feeling healthy or fit, but I kept telling myself that this was all happening because of the terrible weather, excessive work pressure and daily stress. I only began to really worry when I started to suffer from bouts of severe and distressing urine incontinence which began to have an impact on my quality of life.

I was shopping at a mall with my family the first time it happened. We needed to buy some groceries, and a few things for my two young children. The plan was to finish shopping, have lunch and then see if we could catch a movie. However, while shopping for groceries I felt a sudden urge to use the washroom. I made enquiries and learnt that the washroom was at the other end of the mall. I excused myself from the family and rushed there but before I could reach I wet my underpants. Fortunately my outfit was not soiled, but there was no way I could continue like this. Checking my purse to see how much money I had on me I quickly walked into a clothing shop and bought a new pair of underpants and pulled a dress off the rack. When I emerged from the shop I was wearing a flashy outfit, of the kind I would never have worn under normal circumstances.

My husband and children were surprised to see me return from the washroom after a considerably long time and that too wearing a completely different outfit. We then proceeded for our dinner and movie as planned but now, as a precautionary measure, I first tried to locate where the washroom was even before I entered the movie hall. After we reached home, my husband asked me if I had started menstruating as he knew me well enough to know that I would not have suddenly bought a new dress for no good reason. I realized while thinking about how to handle this kind of situation, were it to ever happen again, that my husband had just provided me with a convenient excuse.

In the days that followed, the urge to use the washroom only increased and was much worse than what I had experienced during the last stages of both my pregnancies. This made me extremely distressed at the thought of having to leave the house. Now I know I should have rushed to a doctor for a medical test but at that time I didn’t.

Towards the end of 2003, I started avoiding going for walks with my husband altogether. I started telling him that I had various matters to attend to at home and pretending to be busy all the time. Climbing the stairs was also something I stopped completely.

Around this time I remember an incident that throws into sharp relief my exact state of mind. One day there was a power cut in my society building and everyone was forced to use the stairs. My neighbour smiled at me and mentioned that taking the stairs instead of the lift wouldn’t be much of a problem for a fit, young person like me. What she didn’t know then was that I was terrified of suddenly taking a tumble or having to grab hold of someone if my legs gave way. I just said that I needed to pop into the local store for a bit and made my escape. It was only when the electricity came back and the lift was functional again that I made my way home.

From then on my life became a constant litany of excuses. I did everything possible to ensure that no one found out about either the problems I was having with mobility or incontinence. Whenever I left the house I carried a large handbag in which went a change of clothes, or at least a change of underpants and leggings. In public spaces I was forever noting down where the washrooms were located. Another major worry of mine at that time was that I might trip and fall in public and create a scene. I worried about the possibility of this happening to such an extent, that I actually began to avoid all social events or family functions. In stark contrast to how I had once viewed myself, as a hands-on mother and active participant in my children’s growth and development, I now stopped attending events at my children’s school unless it was absolutely necessary.

By now it was apparent to me that something was seriously wrong but I was terrified of putting my family through any kind of emotional difficulty. I had always prided myself on being an independent woman, the last thing I wanted now was to become a cause for concern or an object of pity. And so I continued to live in denial and pushed all my worries about my health to the back of my mind and did precisely nothing.

Warehouse Rumble by Franklin W. Dixon
Him Her Them Boxed Set by Elizabeth Lynx
Wyne and Dine (Citizen Soldier Series Book 1) by Donna Michaels
Myrkron (Volume Two of The Chronicles of the Myrkron) by Woods, Timothy
Hope in Love by J. Hali Steele
A Mad, Wicked Folly by Sharon Biggs Waller
The Dark Unwinding by Cameron, Sharon
The Necromancer's Seduction by Mimi Sebastian
Wildwood by Drusilla Campbell
Framed in Blood by Brett Halliday