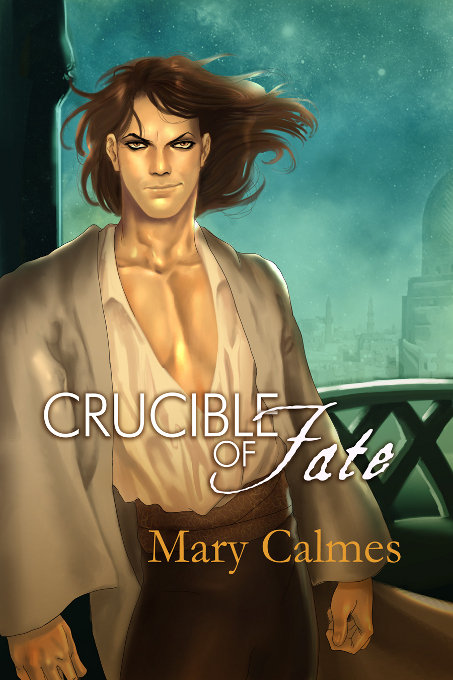 “…an incredible story filled with suspense, drama, love and family.”

“Mary Calmes has created an intriguing world that I would love to visit again and again.”

“The world built by Mary Calmes in this novel is amazing and refreshing.”

“Mary Calmes’ stories are always wonderfully written and full of drama, excitement, passion and hot steamy sex. And
Trusted Bond
is no exception.”

“She throws her readers into a rapture with her engaging narrative and loveable characters. It's hard to take your eyes off the pages.”

“I think you should get this book and lock yourself in a room with a pot of tea and some chocolates and enjoy.”

“
Honored Vow
earns 5 Fairies for a captivating book that had me biting my nails and crying tears of joy.”

(with Amy Lane and Andrew Grey) 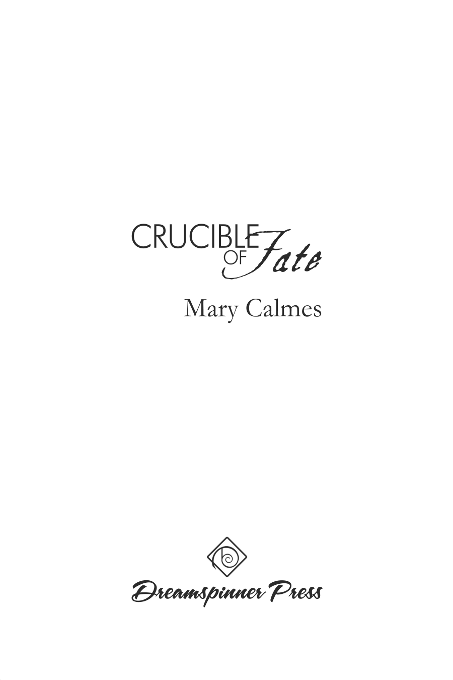 All rights reserved. No part of this book may be reproduced or transmitted in any form or by any means, electronic or mechanical, including photocopying, recording, or by any information storage and retrieval system without the written permission of the Publisher, except where permitted by law. To request permission and all other inquiries, contact Dreamspinner Press, 5032 Capital Circle SW, Ste 2, PMB# 279, Tallahassee, FL 32305-7886, USA.

For my wonderful fans

who wanted to know

what was going on with Domin.

A leadership position in a large tribe that is fought for. The position(s) reports to the maahes. An aker is always appointed in twos as manu and bakhu.

The appointed mate of a semel in the event of the death of their reah. An aset can only be chosen, made, by a reah.

Companion of a reah

A leadership position in a tribe that is elected

A panther who has promised, on pain of death, to live only as human and never shift

A female servant who oversees the semel-aten’s harem

The soldiers of a semel

Prince of a tribe, the emissary of the semel

Mistress of a semel’s home, normally the widow of the previous semel

Leader of the Shu cats, an elite group of werepanthers that serves the priest of Chae Rophon

True mate of a semel

Tribe leader of the werepanther capital city of Sobek

Tribe leader blessed with a true-mate, a leader who has found his reah

Enforcer of the tribe, guardian of the mate of the semel

Teacher of the tribe, counselor to the semel Taurth. A yareah who has been cast aside because a semel found his true-mate

An unmated reah claimed by the semel-aten as a concubine

The mate of a semel that is chosen, not their true-mate

W
HEN
I arrived, before I addressed anyone, before anything, I had to purge my house. I left my new steward, Kabore Nour, to explain it to the two rows of people, the house staff lined up from the steps of the villa into the main hall.

I walked at a brisk clip, flanked by Yuri Kosa on my right and Crane Adams on my left. The guards outside the doors knelt and I told them never again. Just do what I ask, but the bowing and scraping bullshit was over. Taj Chalthoum, my sheseru, was there, having caught up, and fluidly translated my English into Arabic. They seemed surprised but quickly nodded. I understood I was different; it would take time to get used to me.

Mitchell Rayne and Nelson Adams, Jin’s and Crane’s fathers respectively, had not been placed in a cell, per my order, even though their circumstances had, of course, changed. Originally, they had been accepted into the home of the previous semel-aten, so all I had done was place them under house arrest and confine them to a suite in the villa.

Once the doors were open, I strode into the common area between their two rooms. I found the two men there eating, enjoying breakfast, one reading the newspaper, the other finishing up fresh-squeezed orange juice. It would be the last glass he would ever have.

“Hi there,” I said softly as both men gasped.

I didn’t make the man who dropped the glass tremble, or cause the hands of the man holding the paper to shake. Crane, my maahes, did that; he was the one. It was his presence there, in the room, that filled both men with dread.

“I used to be the maahes of the tribe of Mafdet,” I said slowly, tasting the blood as my fangs, upper and lower, pushed through my gums. The canines were long and wicked sharp, which made the curl of my lip, I was certain, slightly sinister.

“You,” the smaller, handsomer man breathed. His face was just similar enough to his son Jin’s to remind me of the crime he had committed against his own child.

They fell to their knees, their faces a study in fear, shock, and dawning realization.

“Me,” I said and squatted down, cocking my head, studying them. “I won the sepat. I’m the new semel-aten. My name is Domin Thorne, and Crane Adams,” I said, pointing to the man on my left, “is the new maahes of the first tribe, the tribe of Rahotep.”

My eyes went to Mitchell Rayne, Jin Church’s father. “And this man,” I said, nodding to the second man at my side, “is Yuri Kosa, formally the sheseru of the tribe of Mafdet, guardian of the mate of the semel-netjer, the only male reah in the world.”

Mitchell’s eyes filled with tears. It surprised me that these men, who for so long had plotted destruction and death, would themselves be so cowardly when faced with their own.

“I’m here,” Crane announced, spreading his arms wide. “Still. And Jin is home with his mate, with Logan Church, and they will both soon be fathers. And nothing you did stopped him or me from living our lives.”

“At least you will never have children,” his father spat, speaking of his son’s castration as though he was proud to have wielded the scalpel. I was certain he was.

“Yes, I will,” Crane corrected. “They might not be mine in blood, but they will be in heart. And I will love them as I was not, as Jin was not, and we’ll grow old together, and when I die, they’ll miss me and mourn me but remember the love and laughter and what I taught them.”

The tears welling up in Crane’s eyes were not for the men before him but for the love he would surely have and for that which already was. When he gazed over at me, the smile through his tears made my chest hurt.

“Thank you,” Crane said before he spun around and walked out of the room, locking the door behind him.

I refocused my gaze on the men in front of me.

“My son is an abomination,” Jin’s father spat haltingly. “And Crane Adams is the same for loving him as he does.”

I made the
tch
noise in the back of my throat. The man was just so blind.

“You,” Yuri said, pointing at Mitchell, “watched your own son nearly beaten to death when he shifted for the first time.”

“And you,” Yuri thundered at Nelson, “castrated your own son. You held the blade.”

“As you will be to him shortly,” Yuri said, his voice going deathly dark and cold as he began stripping.

Both men rose and stumbled away, Crane’s father jostling the table and knocking it over, Jin’s father walking backward until he hit the far wall.

“You mean to kill us,” Mitchell choked out.

“I mean to tear you to pieces and then have you burned with the nightly trash,” I stated gamely, smirking at the end.

“You cannot! We need burial rites and to be—”