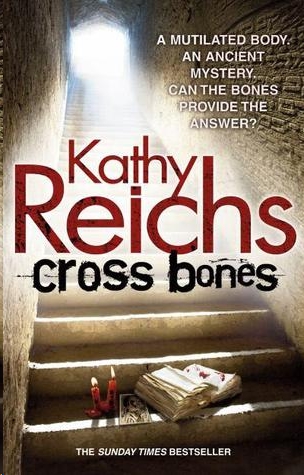 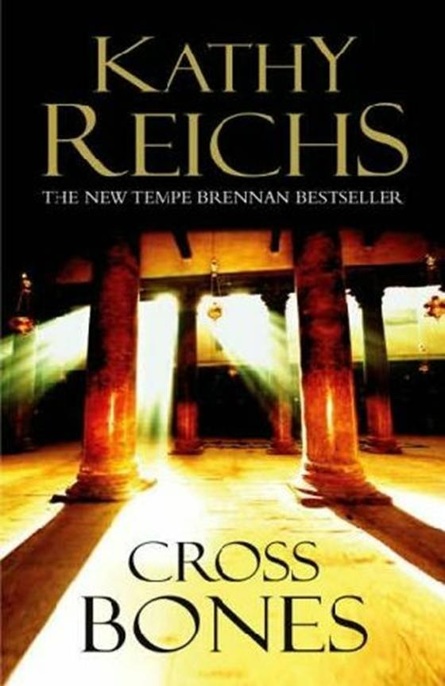 From the Forensic Files of Dr. Kathy Reichs

Al rights reserved, including the right of reproduction in whole or in part in any form.

SCRIBNERand design are trademarks of Macmil an Library Reference USA, Inc., used under license by Simon & Schuster, the publisher of this work.

Visit us on the World Wide Web:

As usual, I am deeply indebted to many of my col eagues, family, and friends for their time, expertise, and advice.

Dr. Shimon Gibson, Jerusalem Archaeological Field Unit, took me to sites throughout Israel, and answered many questions about his homeland.

Roz Lippel helped keep the Hebrew honest. Marie-Eve Provost did the same for the French.

Special thanks go to Paul Reichs for his insightful comments on the manuscript.

Credit must be given to two books mentioned in the text:Masada: Herod’s Fortress and the Zealots’ Last Stand by Yigael Yadin, George Weidenfeld & Nicolson Limited, 1966;The Jesus Scrol by Donovan Joyce, Dial Press, 1973.

Last, but far from least, heartfelt thanks to my editor, Nan Graham. Her advice madeCross Bones a far better book. Thanks also to my editor across the pond, Susan Sandon.

And, of course, to Jennifer Rudolph Walsh, Co-Head of the Worldwide Literary Department, Executive Vice President, and one of the first two women appointed to the Board of Directors of the Wil iam Morris Agency. Way to go, girl! Thanks for hanging in as my agent.

For Dr. James Woodward, chancel or,

Thanks for the years of support and encouragement.

Depart from evil, and do good. Seek peace, and pursue it.

The fruit of righteousness is sown in peace for them that make peace.

And make not Al ah because of your swearing (by him) an obstacle to your doing good and guarding (against evil) and making peace between men, and Al ah is Hearing, Knowing.

• From 1963 to 1965, Masada, site of a first-century Jewish revolt against the Romans, was excavated by Israeli archaeologist Yigael Yadin and a team of international volunteers. Yadin’s workers recovered the fragmentary and commingled remains of approximately twenty-five skeletons from a cave complex, designated Loci 2001/2002, located below the casement wal at the southern tip of the summit. Unlike other human remains found within the main complex of ruins at the northern end of Masada, these bones were not immediately reported to the press.

In the 1990s, a photo surfaced of a single intact skeleton that was also recovered from Loci 2001/2002 during the 1963 to 1965 excavation. That skeleton was never mentioned or described by the project’s physical anthropologist, Nicu Haas. It was not discussed by Yadin in his published reports or interviews.

* Formal field notes were not kept during the Masada excavation, but oral briefings took place regularly between Yadin and his staff. Transcripts of these sessions are archived at the Mount Scopus Campus of Hebrew University. Pages covering the period of the discovery and clearing of Loci 2001/2002

* Neither the bones from the twenty-five commingled individuals, nor the articulated skeleton, nor the contents of Loci 2001/2002, are described in the six volumes of the final Masada excavation publication.

* In the late 1960s, Yigael Yadin stated in press interviews that carbon-14 dating was seldom done, and that it was not his job to initiate such tests. The journalRadiocarbon indicates that Yadin sent samples for carbon-14 dating from other Israeli excavations during that period. Despite uncertainty concerning the age of the Loci 2001/2002 remains, Yadin never sent samples for radiocarbon dating.

• In 1968, the skeletal remains of a “crucified man” were found during road construction north of the Old City of Jerusalem. The deceased, Yehochanan, died at approximately twenty-five years of age, during the first century. A nail and wood fragments were embedded in one of Yehochanan’s heel bones.

• In 1973, Australian journalist Donovan Joyce publishedThe Jesus Scrol (Dial Press). Joyce claimed to have visited Israel, met a volunteer from Yadin’s excavation team, and seen a stolen first-century scrol from Masada containing the last wil and testament of “Jesus, son of James.” According to Joyce, the scrol was smuggled out of Israel, presumably to the USSR.

• In 1980, roadworkers uncovered a tomb in Talpiot, just south of the Old City of Jerusalem. The tomb contained ossuaries inscribed with the names Mara (Mary), Yehuda, son of Yeshua (Jude, son of Jesus), Matya (Matthew), Yeshua, son of Yehosef (Jesus, son of Joseph), Yose (Joseph), and Marya (Mary). The coexistence of the names in one tomb is rare. Skeletal materials have been submitted for DNA testing.

• In 2000, American archaeologist James Tabor and his team discovered a freshly robbed tomb in the Hinnom Val ey, outside Jerusalem. The tomb contained twenty ossuaries, al but one shattered. The lower chamber held a burial shroud wrapping a fragmentary human skeleton and hair. Carbon-14

testing showed the shroud was first-century in age. Microscopic examination revealed the hair was clean and vermin-free, indicating the deceased had been of high status. Anthropological analysis determined the remains were those of an adult male. DNA sequencing demonstrated a familial relationship among most of the other individuals buried in the tomb.

That fal , the ossuary was made public. While experts agree that the smal stone coffin is first-century in age, controversy surrounds the authenticity of the inscription. Circumstantial evidence suggests the ossuary came from the vicinity of the Hinnom, possibly from Tabor’s “shroud” tomb.

A formal request was submitted to the Israel Antiquities Authority for DNA testing of bone material found in the James ossuary. DNA sequencing would al ow comparison of the James ossuary remains with those recovered from Tabor’s Hinnom “shroud” tomb. The request was denied.

As this book went to press:

• In January of 2005, indictments were issued against Oded Golan and several others for the forgery of antiquities. Mr. Golan maintains his innocence, and continues in his insistence that the James ossuary is authentic. Experts remain divided.

FOLLOWING ANEASTER DINNER OF HAM, PEAS, AND CREAMEDpotatoes, Charles “Le Cowboy” Bel emare pinched a twenty from his sister, drove to a crack house in Verdun, and vanished.

That summer the crack house was sold up-market. That winter the new homeowners grew frustrated with the draw in their fireplace. On Monday, February seventh, the man of the house opened the flue and thrust upward with a rake handle. A desiccated leg tumbled into the ash bed.

Pel etier and two morgue techs were standing on the lawn within an hour of the leg drop. To say the scene was confused would be like saying D-day was hectic. Outraged father. Hysterical mother. Overwrought kids. Mesmerized neighbors. Annoyed cops. Mystified firefighters.

Dr. Jean Pel etier is the most senior of the five pathologists at the Laboratoire de sciences judiciaires et de médecine légale, Quebec’s central crime and medico-legal lab. He’s got bad joints and bad dentures, and zero tolerance for anything or anyone that wastes his time. Pel etier took one look and ordered a wrecking bal .

The exterior wal of the chimney was pulverized. A wel -smoked corpse was extracted, strapped to a gurney, and transported to our lab. The next day Pel etier eyebal ed the remains and said,“ossements.” Bones.

Enter I, Dr. Temperance Brennan, forensic anthropologist for North Carolina and Quebec. La Bel e Province and Dixie? Long story, starting with a faculty swap between my home university, UNC-Charlotte, and McGil . When the exchange year ended, I headed south, but continued consulting for the lab in Montreal. A decade later, I’m stil commuting, and lay claim to the mother lode of frequent flyer miles.

Pel etier’sdemande d’expertise en anthropologie was on my desk when I arrived in Montreal for my February rotation.

It was now Wednesday, February 16, and the chimney bones formed a complete skeleton on my worktable. Though the victim hadn’t been a believer in regular checkups, eliminating dental records as an option, al skeletal indicators fit Bel emare. Age, sex, race, and height estimates, along with surgical pins in the right fibula and tibia, told me I was looking at the long-lost Cowboy.

Other than a hairline fracture of the cranial base, probably caused by the unplanned chimney dive, I’d found no evidence of trauma.

I was pondering how and why a man goes up on a roof and fal s down the chimney, when the phone rang.