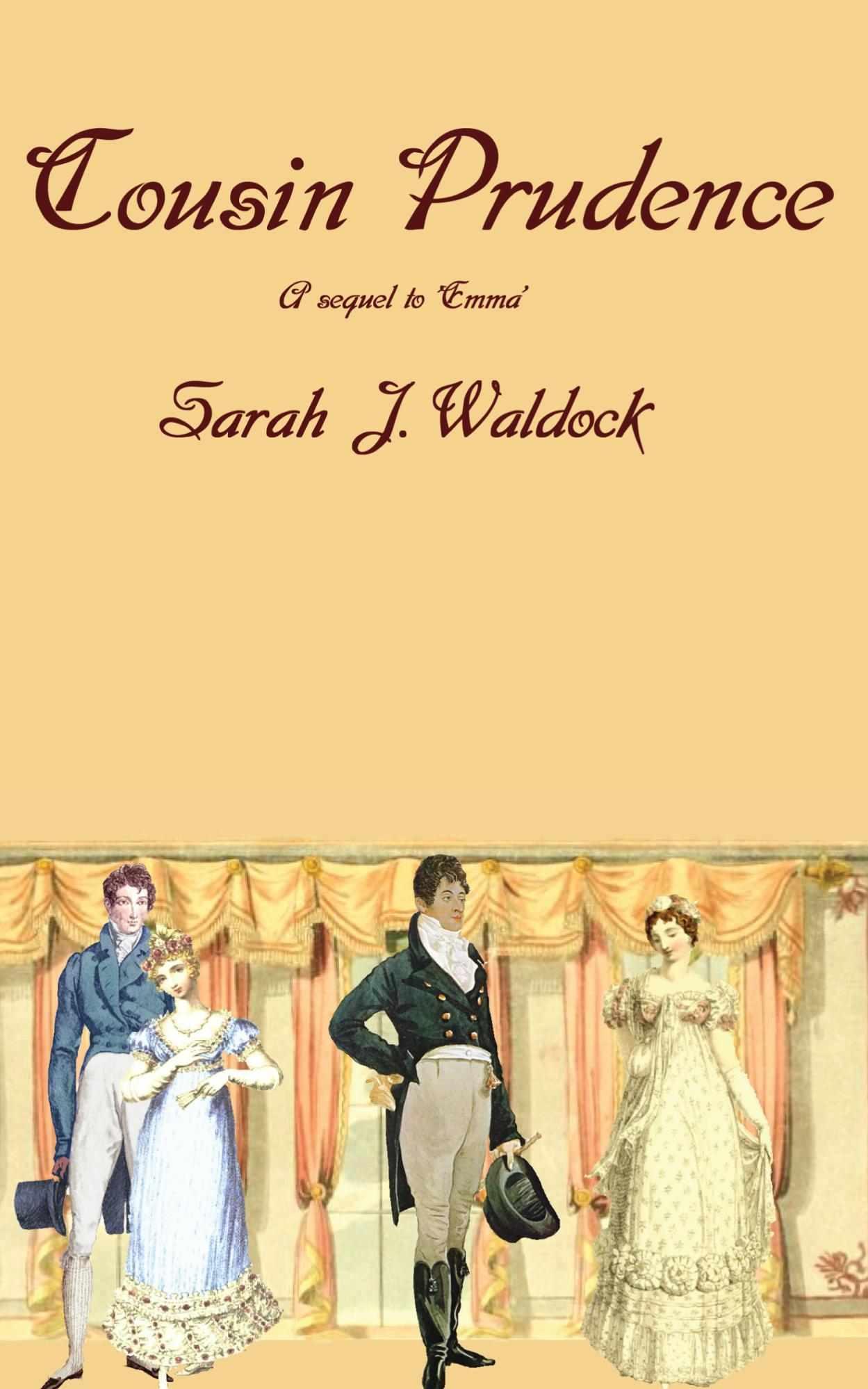 Mr Woodhouse was supping his thin gruel for breakfast whilst Emma and George Knightley partook of a more substantial repast with which to set them up for the day.

Mr Woodhouse regarded the sealed letter that sat by his place with some malevolence.

“Sixpence, really!  For a letter from I know not whom
,” he said indignantly, “really one should be permitted to read the mail before having to pay for it!”

“You did not have to accept it dear papa
,” said Emma mildly, spreading thin toast with a thick layer of conserve.

“But it might be important!” declared Mr Woodhouse “Oh the agonies of deciding whether to accept mail or
not!  And the postboy quite
rude
if one decides to refuse!”

“Well IS it important?” demanded
Emma, “you will never find out unless you open it!”

“Your father doubtless wishes to finish his gruel before embarking on the perilous course of opening unknown mail
,” said George mildly.  Emma shot him a look; George  was so good to her father, sometimes it was difficult to suppose that occasionally he might be guilty of the mildest of irony when speaking about and to him.

“Well I shall open it
,” said Mr Woodhouse, “and then I shall at least know the worst.”

Mr Woodhouse read the letter giving little gasps of surprise and – it may be said – some dismay.

“What is it, papa?” demanded Emma impatiently.

“Well well!”
said Mr Woodhouse “Not a
trouble
exactly my dear George, not exactly a trouble….” he paused.  Emma was almost ready to leap to her feet in exasperation.  “My dear, I think I have never mentioned my sister to you,” he went on, “poor Lizzie… such a shame, such an unfortunate wedding.  Poor Lizzie was

headstrong, my dear, a bit like me lovely Emma,” he smiled fondly at his daughter, “but without the advantage of a good friend like George to guide her steps.  Poor Lizzie!
so
pretty!” he sighed.

Emma sighed as well.  When poor papa was in the throes of nostalgia getting information from him could be hard.

“You have heard of sad tidings about her sir?” asked George.

“Alas!  Poor Lizzie died many years ago
,” said Mr Woodhouse, “leaving a daughter who is a few years younger than you, Emma, my dear; but of course that poor child growing up in such a way….” he glanced at the uncomprehending faces of his daughter and son-in-law “Because of what her father is…. Did I not tell you?”

“Oh!”s
aid Mr Woodhouse,“it was a dreadful mésalliance….. he was a weaver.  Still is I suppose!  Poor Lizzie!  And poor little,” he consulted the paper, “little Prudence!  This is a letter from her father…. One has to credit him with working hard, he has saved a considerable sum that he sends by note of hand to provide his daughter – my
niece
, and your
cousin
, Emma – with a Season in London as he cannot undertake to bring her himself – I suppose the poor fellow would be sacked – and because we are likely to know the more genteel sorts of people, he says, that he would wish her to meet.  It’s a shame that it can’t be done,” he gave a melancholy sigh.

“But why can’t it be done papa?” asked Emma “Why, my poor little cousin!  It’s our plain duty to give her a season, and as a married woman I can quite properly chaperone her!” she added eagerly.

Fortunately she did not see George raise a slightly cynical eyebrow over the picture of his madcap Emma in the role of a sober matron and chaperone.

“But
London
!” declared Mr Woodhouse “My health will never permit me to travel to London! Why it is quite sixteen miles!  Such a distance in a coach would surely shatter my fragile constitution!  And for you, Emma, to undertake it…..” he shook his head “Besides, the poor child will be a laughing stock; we don’t even know if she is used to wearing shoes or merely…” he shuddered, “
clogs
!”

“Why then I have a splendid scheme!” said Emma, her eyes sparkling
, “let Prudence come a few weeks before the season starts and we shall see to all her necessary education and have her clothed appropriately and then Isabella and John shall come to stay here to keep
you
company dear papa, and George and I shall reside in their house and introduce her to Society!”

There were, naturally many objections to that – poor Emma did not wish for such a fatiguing charge upon her time, surely, and having to attend tedious balls and routs and other such terrible iniquities that society inflicted upon the system, argued Mr Woodhouse.  George would have preferred to have stayed at home; but he could see that the idea of a Season in London was something his beloved wife had now set her heart on; and in all hon
esty if the Woodhouse family
had
shunned ‘poor Lizzie’ and her daughter is really
was
no less than their duty to see that she had the opportunity to make the sort of respectable marriage that her mother appeared to have eschewed.

Somehow George privately doubted that any woman of liveliness and vivacity such as Emma displayed would have married some uneducated oaf with clogs and a hovel with a dirt floor as Henry Woodhouse seemed to be picturing; and suspected that the girl’s father was somewhat more advanced in the mill than a mere weaver.  For a girl of the same gentle birth as Emma he doubted

that virtue would have been a sufficient attraction without intellect and the ability to keep a wife in comfortable circumstances.  Besides, he had seen the note of hand; and it was NOT the sort of sum a poor man, however thrifty, would save up.  Somehow George doubted that it would take long for Prudence to be equally ready for society as Emma already was.

Whether Society was ready for Emma and a cousin of hers might however be doubtful.

Emma took over the arrangements, naturally; of course her scheme could not work unless John and Isabella were prepared to visit and keep Mr Woodhouse company – and to permit George and Emma to use their house during the Season!

However, in the meantime, making arrangements for Prudence to visit kept Emma perfectly well occupied, writing to Mr Blenkinsop to invite Prudence to stay for a few weeks ‘to get to know the family’ before embarking upon the Season.  Emma agonised over making a room look nice but without too many things that a girl of poverty stricken background might not find usual and begged George what he knew of the accoutrements of his tenants for example.

“Emma,” said George, “your desire to please Prudence is admirable; and I find your generous nature in wanting to make others happy quite one of your most adorable features.  But may I break into your all too usual habit of leaping to assumptions?”

“Why, what can you mean – Mr Knightley?” Emma liked still to tease her husband with formality.

“Why, – Mrs Knightley – only that I somehow doubt that your cousin is in any wise poverty stricken nor in need of teaching how to live in a room with a china article under the bed.”

“But papa said that Aunt Lizzie made an unfortunate marriage to a pauper!” said Emma.

“Actually he said she made a mésalliance with a weaver,” said George dryly.  “A poor weaver does
not
manage to sport the kind of blunt that was included in that note of hand.  Nor does he bank with a prestigious banking house.  I do not in any wise suggest that the man your Aunt Lizzie chose was a gentleman; I would say that he is not, for the way he writes is unpolished and somewhat uneducated.  I think you will find that the young lady’s father is if not a Croesus certainly a very warm man indeed and well able to afford governesses who have given his only child the semblance of a lady.  We might need to add some polish; but somehow I doubt it.  And I cannot think how insulted the poor girl might be if you assume her to be any less ladylike that your friend Harriet!”

“Do you really think so?  Well of course you do, or you would not say so…. I assumed papa had met him and had seen where he lived and knew…..”