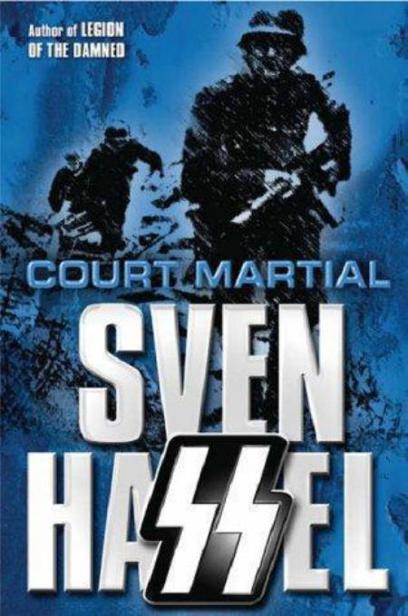 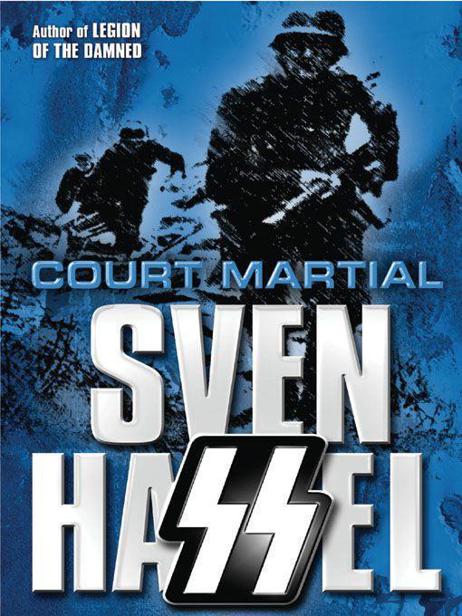 The cells in the cellar at Bendlerstrasse resemble cages at the zoo. Thick vertical bars separate them from the corridors, along which guards perambulate continually.

'Pigs, dirty pigs,' whispers an artillery Hauptmann in the cell next to Oberst Frick. His face is beaten up and swollen. One eye is completely closed.

'What in the world has happened to you?' asks the Oberst, quietly. His body begins to tremble.

'They beat me,' whispers the artillery officer. 'Smashed my teeth in, sent an electric current through me. They want me to confess to something I never did.'

'Where are we?' asks Oberleutnant Wisling, curiously.

'Third Army Court Martial Unit, section 4a, directly under the jurisdiction of the J.A.G.,' a Stabszahlmeister replies. 'Don't expect anything good! It's like living in a railway station. You get the impression that half the Army's up for court martial. There'll be nobody left soon. They say we're short of soldiers and yet we're shooting our own quicker'n the Russians can.'

Legion of the Damned

The Bloody Road to Death 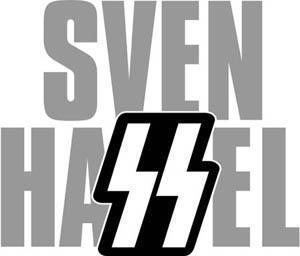 Translated from the Danish by Tim Bowie

The right of Sven Hassel to be identified as the author of
this work has been asserted by him in accordance with the
Copyright, Designs and Patents Act 1988.

All rights reserved. No part of this book may be
reproduced or transmitted in any form or by any means
electronic or mechanical including photocopying, recording
or any information storage and retrieval system
without permission in writing
from the publisher.

All characters and events in this publication are fictitious and any resemblance to real persons, living or
dead, is purely coincidental.

A CIP catalogue record for this book
is available from the British Library.

Born in 1917 in Fredensborg, Denmark, Sven Hassel joined the merchant navy at the age of 14. He did his compulsory year's military service in the Danish forces in 1936 and then, facing unemployment, joined the German army. He served throughout World War II on all fronts except North Africa. Wounded eight times, he ended the war in a Russian prison camp. He wrote LEGION OF THE DAMNED while being transferred between American, British and Danish prisons before making a new life for himself in Spain. His world war books have sold over 53 million copies worldwide.

To the memory of Ernst Ruben Laguksen,
Commander of the Finnish armoured regiment,
Nylands Dragoon Regiment.

The tragedy of the German soldier is his belief that there is a sensible reason for continuing the resistance and for losing his life. Day out and day in he goes on making inhuman sacrifices for a cause long since lost.

This book is dedicated to the city of Barcelona where I have met with the most exceptional hospitality and where the majority of my books have been written.

The loss of a leg or a foot is not half as bad. These new artificial limbs have joints which often work better than the real thing, and if you get arthritis you can cure it with an oil-can.

Porta to Tiny, 125 miles north of the Arctic Circle.

Porta whinnies with pleasure and offers her a seat on the rotten bench we are occupying.

She laughs, the sound ringing deep into the woods. She is standing with the sun behind her and we can see her body in silhouette. Her grey summer uniform skirt is made of thin transparent material. We'd like her to stay there for ever. Her hair is long and golden, like a ripe cornfield. She cannot speak German and we have to make ourselves understood in a queer kind of lingua franca. Porta speaks something he says is Finnish, but the girl doesn't understand him.

Splashes jump out in the river. They are like big raindrops.

Waste of
powder
at this distance,' says the Old Man, lighting his silver-lidded pipe.

The spurts of water seem to race one another across the river.

'You not frightened?' asks the girl soldier,
smoothing
her skirt.

'No,' laughs Porta carelessly. 'They're pitiful, those gun-crazy idiots!'

'I never see them shooting before,' she says, stretching her neck to see better.

We can get a bit closer,' suggests Porta, helping the girl up. We're laughing at them here!'

'Can you take a picture of me?' she asks, offering a Leica to Heide. She positions herself on top of the hill.

Heide takes a photograph of her, making sure that all the bullet splashes on the river are included.

'Let's take one with you in the middle of me an' Tiny,' shouts Porta, with a big smile.

She laughs, and puts her arms around their shoulders.

The explosive bullet tears away half her face. Flesh, blood and splinters of bone spray over Porta. A torn off ear dangles from Tiny's chest, like a medal.

'A sniper, a rotten bloody sniper!' shouts Tiny, dropping down alongside Porta.

They push the dead girl's body in front of them for cover.

'No. 2 Section! Ready to move off!' orders the Old Man, and swings his
Mpi
1
over his shoulder. He looks tired and discouraged. A grey stubble of beard covers his face. His ancient silver-lidded pipe hangs sadly from the corner of his mouth.

A few of the section get up and begin to get their weapons and equipment together.

Porta and Tiny stay down in a warm hole they have found, and look as if none of it was any of their business.

'There 'e goes again,' says Tiny, furiously, pointing with his Mpi at Heide. 'What'll we
do
with 'im?'

'Shoot him when we get the chance,' decides Porta, briefly.

'Say we tie 'im to the bridge just 'fore we push the bleedin' 'andle, an' liquidate 'im an' cremate 'im in one go!' suggests Tiny, delightedly.

'Get your fingers out, you lazy sacks,' shouts the Old Man, irritably, pushing Porta.

'You've got it all wrong. I don't move a step till I've had my breakfast coffee,' answers Porta, unconcernedly.

Tiny begins getting ready to boil up. He fills the kettle with snow, and soon has a pleasant fire
going
.

The Old Man's face has taken on a coppery-red tinge.

'What kind of a rotten monkey's been chewing
your
arses? On your feet in five seconds, or
I'll
make you a cup o' coffee you'll
never
forget!' He
swings
his
Kalashnikov
above his head like a club.

Porta just manages to duck away as the butt comes flying at his head.

'Hell's bells, old un, you might've
hit
me! You don't have to start beating people up just because they want a cup o' coffee for breakfast!'

'Coffee,' shouts the Old Man, in a rage. 'What do you think you're on? An outing to look at the Northern bloody Lights?'

'Sod what I'm on,' says Porta, stubbornly. 'I
still
want coffee! My brain doesn't start working till I've had my coffee.'

''E's right,' Tiny agrees. 'This bleedin' army can't do what it likes with
us
. We got a right to coffee. It says so in Supply Regs. Ivan's snot-'eaded coolies even, they get coffee 'fore they go out 'n get theirselves shot dead.'

'You! You've not got the right to a fart,' shouts the Old Man, furiously, 'and if you don't get your kit together and lift your arses off the ground double-quick, I'll blow the shit out of your stupid heads!'

'Do it! Get it over with now!' Heide prompts him eagerly.

Porta is pouring water on the coffee beans. A delicious aroma rises towards the tree-tops.

Nora & Kettle by Lauren Nicolle Taylor
The Messenger: A Novel by Burke, Jan
The Ghastly Gerty Swindle With the Ghosts of Hungryhouse Lane by Sam McBratney
Cocky: A Cowboy Stepbrother Romance by Kazarian, Kaylee
Stories From the Shadowlands by Sarah Fine
Minutes Before Sunset by Shannon A. Thompson
Blade Silver: Color Me Scarred by Melody Carlson
Fates' Destiny by Bond, BD
Tell by Frances Itani
The Sign in the Smoke (Nancy Drew Diaries Book 12) by Carolyn Keene