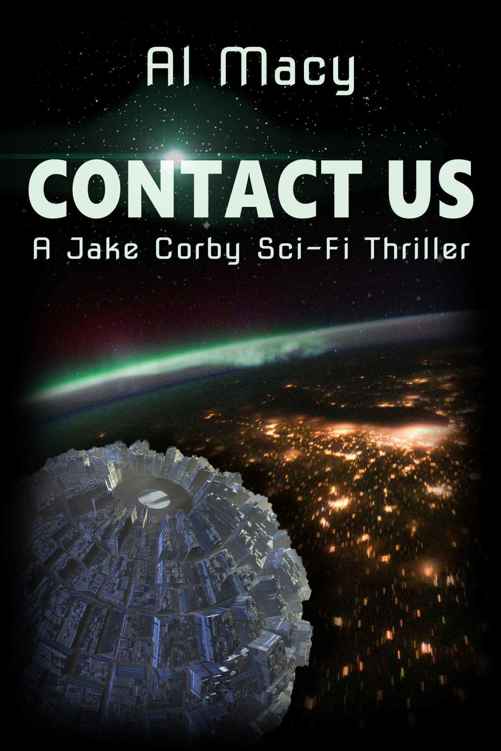 Becoming a Great Sight-Reader—or Not! Learn from my Quest for Piano Sight-Reading Nirvana
Drive, Ride, Repeat: The Mostly-True Account of a Cross-Country Car and Bicycle Adventure
The Lady Unvanishes (coming in 2016)

Get a Free Kindle Book Now
by
Clicking Here
.

On May 22, 2018, every person on Earth sneezed. Simultaneously. It happened at twenty seconds after 3:01 p.m., Washington time.

Ten minutes pre-sneeze, Charli Keller had taken her seat directly behind the president of the United States. She was his top adviser and at thirty-four, the youngest person ever to hold that position. Wearing a pencil skirt and an open-necked blouse, she took her place in what she called “brain trust row.”
Time for another dull U.S. Cabinet meeting.
She’d had a premonition that today’s meeting would be different but she dismissed it—she didn’t believe in premonitions.

Charli exchanged smiles with the other advisers.
No daydreaming allowed here.
President Hallstrom could turn to her at any moment: “What do
you
think, Charli?” One response like “Whoops. Oh gee, sorry, I wasn’t paying attention,” and her reputation as the smartest person in the room would fly out the White House windows.

She was paying attention to the latest economic figures when she, and everyone around her, sneezed. A-
choo
.
Wait. Hold on.
She froze with her head down and her sleeve against her mouth.
Did everyone in the room sneeze at the same time? Impossible.
She raised her head and looked around. The only sound was the tick of the antique clock on the mantel. The White House photographer snapped shot after shot of slack jaws and puzzled frowns. Everyone looked to the president.

Hallstrom scanned the room. Instead of his trademark smile and happy crow’s feet he wore a deep frown. “Okay, folks, what just happened?” Silence. After a few seconds, he turned around. “What do
you
think, Charli?”

She pushed a lock of hair behind her ear and stood up.
This job just got a lot more interesting.
“Is there anyone here who did not sneeze?” Nothing. She stepped to the window, pushed aside the drapes, and looked out. Three groundskeepers stood together laughing.

She turned back. “Mr. President, it would seem that everyone in this room sneezed at precisely the same moment. Precisely. That wouldn’t have happened if it were something in the air. Something truly strange has happened.” She was standing right beside the president’s chair now.

Hallstrom looked up at her. “Is it serious? Is it something we need to be concerned with?”

“Yes. Absolutely. Someone or something made forty people, in a high-security location I might add, sneeze simultaneously. Sure, sneezing is a funny, mundane kind of thing, but this is serious. Especially if, as I suspect, it didn’t only happen here.” The laughing groundskeepers suggested that it happened outside, too. Forty people sneezing simultaneously is stunning. Three people at once, just funny.

The secretary of labor, an angry bull of a man, rose out of his chair and placed his fists on the table. “Now hang on there, Miss …”

People who didn’t know Charli saw only her limited height and slim figure. She had to constantly prove that she was more than that. Blonde woman’s burden.

“We all sneezed. Biggus dealus.” The old bull stared at her.
Was that steam coming out of his nose?

Charli crossed her arms. A direct confrontation
. Good! Time to put this guy in his place.
Unfortunately, her cheeks weren’t on the same page. The heat rose into them.
Control it. Breathe.

“Mr. Secretary do you know of any person or machine that can make even two people sneeze at exactly the same moment?” She stared him down. “I don’t believe in God, paranormals, or alien creatures visiting Earth, but there is something here that goes beyond normal. If someone could make forty people sneeze he or she could make them choke and could make them die. This could be a serious threat to—”

“Aw, give me a break. Serious threat to the country. It was just a goddamned sneeze. You—” The labor secretary jackknifed onto the table and convulsed into a rigid fetal position, clamping the table between his head and knees. A human Vise-Grips.

Every cell in Charli’s body flashed with pain. Some around her grimaced, but others contorted and danced like marionettes in a hurricane. Then the misery stopped. Completely. The secretary of labor unfastened from the table and slid back into his chair.

Everyone was now talking at once, some standing, some sitting. Others who had soiled themselves were desperate to keep their condition secret. The dominant scent in the cabinet room was usually furniture polish. Not any longer.

Charli caught the little smile that appeared then disappeared from Hallstrom’s face. She knew him. The president of the United States was sitting there with soggy underwear, on the historic velvet chair, appreciating the humor of top politicians wetting themselves in the White House cabinet room.

He raised his arms and started to speak when an aide came in, rushed over, and whispered in his ear. The president nodded and raised his arms once again. The room fell silent.

“Well, folks, from the early reports I’m getting, it could be that many people around the world sneezed. The White House switchboard lit up with calls. People talking over the phone with Asia heard a sneeze on the other end of the line. Someone on my staff was watching a live transmission from the space station, and the astronauts sneezed. It may be the same with the pain episode. So this thing goes to top priority. Charli, you’re it. Anything and anybody you want, just let me know.” He looked her in the eyes. “And I want Jake Corby in on this. Whatever happened to him?”

“I’ll find out, sir.” Jake Corby. Jake Corby. Ah, yes. Him. They’d worked together briefly. Who knows where he is now?

“Please find him and get him on board. We’ll meet in two hours.” Hallstrom turned back and addressed the entire room. “Does anyone have any thoughts before we end?”

After a few seconds with no answer, the president continued, “Okay, this meeting is adjourned. Hopefully the situation will be less serious than it seems. If anyone has any ideas, please get them to me. Thank you all.” He turned around and whispered in Charli’s ear. “And the dry cleaner’s down the street is having a special on pants.”

Jake Corby’s cat had a foot fetish. The only way Jake could get her to sit in his lap was to wedge one of his smelly running shoes between his thighs. That reduced the cat-on-your-lap coziness factor by fifty percent.

The foot fetish was also responsible for Jake’s being awake at five a.m. on the day of the sneeze. Cat Stevens—yes she had a male cat’s name—ended each night of hunting by coming in through the cat door, burrowing under the covers, and curling up by Jake’s feet. Apart from the time she’d brought a live mouse with her, this was a win for both of them. Jake got warm feet and the cat got to service her neurosis.

But today, Jake was on the losing end of her fixation. She licked herself, and with every stroke, her whiskers tickled his foot. If he tried to move his foot away, she’d sink a claw into his toe and pull it back. She’d do it without the slightest pause in her licking.

He opened his good eye and checked out the dying embers in his wood stove. They matched the faint wood-smoke smell in the air. His two-room cabin hid in a dense grove of redwoods, as far as possible from the politics and bustle of DC. Jake snaked a scarred arm out from the down comforter and loaded a few small pieces of wood into the stove. He spoke to the lump under the covers. “I try too hard, right?”

Jake had packed a few lifetimes of adventure and pain into his forty-three years. He attributed his aches, physical and mental, to too much trying. He’d tried to be a college football player despite being skinny. The result? Pins and screws in his ankle bones that throbbed every morning. He’d tried to keep his brother’s mental illness a secret. Result? He’d lost him forever. He’d tried to keep his mouth shut and his opinions to himself.
Well, that one doesn’t count. I never had any luck with that.

But the worst was that he’d tried to save the world from terrorism. The result? He lived alone in his forest hideaway with a neurotic cat. No more wife and no child. He squeezed his eyes shut.
I’m going to try to not think about that one.

Jake, with his shrink’s approval, was taking a year off from trying. He wasn’t retiring, just taking a well-deserved break.

What the shrink didn’t know was that Jake had awarded himself five-hundred points for dropping out of the world. He’d used part of his fortune to erase his old identity and become William Evans, an under-achieving jazz pianist in a small California coastal town.

As the sneeze hour approached, Corby was in town at the Glen Manor nursing home, playing for the residents. After “Autumn Leaves,” only half the residents applauded. Some just stared. That was okay. The non-responders enjoyed the music, too. They simply didn’t show it.

The new Steinway grand he’d donated contrasted with the room’s mismatched couches and worn carpeting.
Definitely worth it—for them and for me.
This was an important part of his new life. After erasing his old identity, he still had plenty left over for extravagant donations.

As the notes faded, a thin-haired woman cupped her hands around her mouth. “Play ‘Five Foot Two!’”

“‘Five Foot Two,’ huh? Gee, that sounds familiar, Mrs. Russatto, but I’m not sure I know it.” He massaged his wrist and winked at the slack-jawed man next to her. “Do you think maybe you could sing it for me?”

She launched right in, in the key of F sharp—
thanks a lot
—as she did every week, and Jake came in after a few measures, playing with an enthusiastic stride beat. He always looked around the room as he played, watching the residents clap, sway, and tap their feet. By the end of the song, most were singing along, even some of the non-responders.

The tune over, Jake turned sideways on the bench to face the small crowd. “I have a treat for you guys today. I brought along my good friend, Stephanie Mills.” He gestured toward her and she waved. “Stephanie manages my jazz club downtown.”

“Is she your daughter?”

Werewolf Rebel Tamed (Werewolf Romance) by Fox, Michelle
The Messenger of Athens: A Novel by Anne Zouroudi
Matter of Trust by Sydney Bauer
Hard to Kill by Wendy Byrne
The Beast of Bone Mountain by Keith Luethke
Crystal Deception by Doug J. Cooper
Champions of the Apocalypse by Thomas, Michael G.
Shanghai 1937: Stalingrad on the Yangtze by Harmsen, Peter
The Outcast Dove: A Catherine LeVendeur Mystery by Newman, Sharan
Dance of the Reptiles by Carl Hiaasen