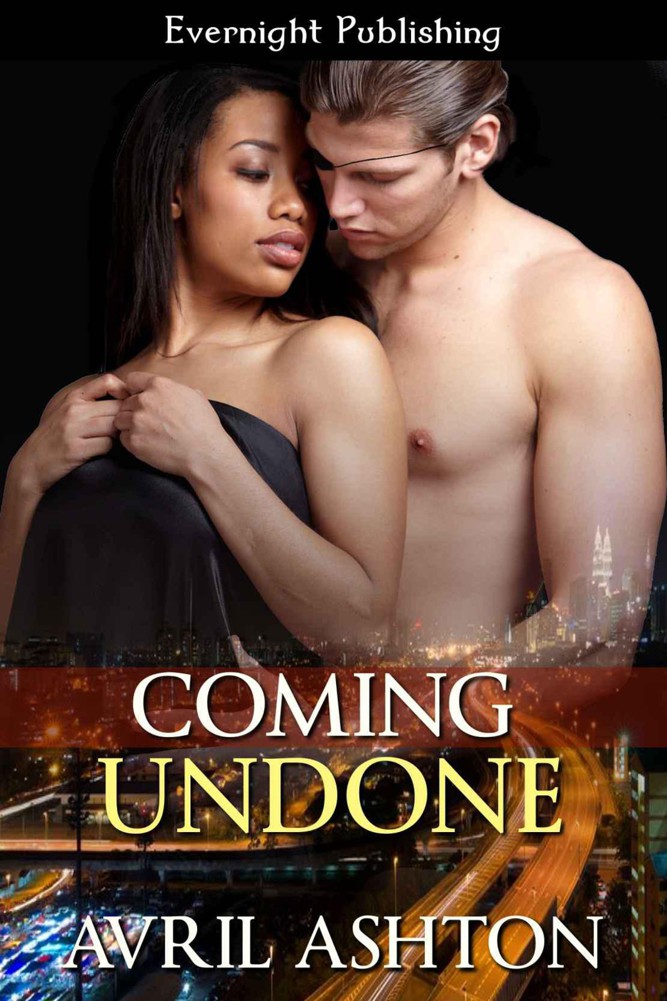 WARNING: The unauthorized reproduction or distribution of this copyrighted work is illegal.  No part of this book may be used or reproduced electronically or in print without written permission, except in the case of brief quotations embodied in reviews.

For the readers who’ve waited patiently for some guy on girl action. Here ya go!

The woman was his way in.

RJ sat with his back to the wall, taking tiny sips of his sparkling water. The well-known restaurant in the heart of Brooklyn’s Brighton Beach was bustling on a rainy and cold Saturday night. Fancy tablecloths, dim lights and great food. The best food RJ’d ever had, and he’d been to some exotic places, eaten things he couldn’t pronounce that made him want to orgasm at their tastes.

He’d been watching Salim Najal for a while
now, and this was the first time the man visited this restaurant. Salim’s dinner partner, though… Tonight wasn’t RJ’s first time laying his peepers on her. No. He’d been surprised that Salim chose someone like her, curves everywhere, skin like smooth cocoa.

McKenna Lacey was a beautiful woman, but the more time she spent with Salim, the better the chances she wouldn’t remain that way. She wasn’t RJ’s target. Ms. Lacey was a big girl. She had to know what she was doing getting into bed with Salim, taking his money to be his kept woman.

No. RJ’s only job was to find the last woman who’d held Salim’s attention, the one whose absence made it possible for McKenna Lacey to slide into Salim’s bed.

He looked over his water glass as Salim signaled for the check. McKenna hadn’t taken her eyes off her benefactor’s face for more than two seconds at a time. The wide doting eyes she trained on Salim sent the message home; she was in love with the man. Fool. How could so many women be so blind to that monster? If RJ had his way, he’d leave McKenna Lacey in the dark because he knew she wouldn’t be welcoming or gracious once he showed her who she really spread her legs for at night. And the minute he pulled back the mask and exposed Salim, RJ would be putting her in danger too. If she confronted Salim,
things could get dicey quick.

RJ couldn’t see any other way to get to Salim other than his whore, so he’d have to convince McKenna Lacey to trust him. To help him, and maybe even help herself.

He threw some money down on the table and got to his feet as Salim and McKenna walked out of the restaurant hand in hand, her head on his shoulder as she laughed softly. She was so clearly smitten, poor thing.

RJ couldn’t feel sorry for her.

Once outside, he watched them from the shadows as freezing rain flew into his eyes and the January cold burned his nose. Flanked by bodyguards, Salim ushered McKenna into a sleek town car with blacked-out windows. The short dress she wore exposed her long legs—she must be impervious to the cold temps—and Salim’s hand slid up her thighs, disappearing between her legs for a second or two before she whimpered. Salim chuckled then closed the door, locking her in. Then he walked around to the other side of the car and got in.

They pulled off moments later, first the town car then the SUV with more of Salim’s bodyguards. The man was no slouch. He knew he topped more than one hit list.

There really was no good opportunity to get face time with McKenna Lacey. Salim had her locked down. Bodyguards swarmed her the instant she stepped out of her house. They even followed her to the corner
Laundromat and sat and watched while she folded her underwear, tiny scraps of colorful lace. That surprised RJ. He wouldn’t have thought Salim capable of allowing his woman to do such menial labor.

After watching Salim and his kept woman drive off, RJ made his way to the opposite end of Brooklyn. McKenna lived in a brownstone in Clinton Hill on one of those beautiful tree-lined streets named after fruits. RJ didn’t have to go searching to know the place was bought and paid for by Salim, a noose around McKenna’s neck.

Jeans and jacket soaked with slushy snow, RJ jumped over a fence three doors down from McKenna’s and went through the backyards, climbing over concrete and wooden barriers until he got to McKenna’s house. Silver-blue moonlight shone bright enough for him to see that the place was a mess, like she never went out there. Tall weeds and vines wrapped around a rusted swing.

Being one of Salim’s girls meant having enough money on hand to do whatever, go wherever. Of course, the price for such privilege was higher than the women knew until it was too late. What did McKenna Lacey do with the money she earned by fucking Salim?

RJ jimmied the lock on her back door way too easily and stepped into the darkness of her kitchen. He didn’t bother turning on any lights. He pulled off his jacket, shook off the excess snow, and then made his way through the house. Using a pocket flashlight to illuminate his way, he looked around, taking note of the well-used furniture and scuffed floors.

McKenna Lacey lived well below her means and that intrigued RJ. He took a seat in an armchair in the corner of the room, in the darkness. Salim never let his women stay the night, so whatever time he finished using her, he’d send McKenna home.

RJ would be waiting.

He wasn’t aware he’d fallen asleep until the scrape of keys yanked him back to wakefulness. Voices reached his ears and RJ tensed.

“Thanks for taking me home, guys.”

“I’ll see you tomorrow for my spa appointment.”

The door knob twisted and footsteps sounded as her escorts took their leave. RJ got to his feet, moving away to the far side of the room. It wouldn’t do anyone any good for her to alert her departing bodyguards of RJ’s presence.

Her heels clicked on the floors as she stepped inside and closed the door softly. The bolts clanged when she engaged them. Then stillness. She didn’t move from the doorway, didn’t budge. Didn’t sound like she breathed either.

RJ counted to ten then twenty.

A huge sigh echoed. Relief, that’s what he heard in that sigh.

She moved then, walking right by RJ on her way through the living room. She smelled like sex and Salim. RJ gritted his teeth as she went into the bedroom without turning on the lights. Bed springs creaked.

He crept behind her, leaning in the bedroom doorway with his arms folded. She’d turned on one of the lamps on her bedside table, probably to a low setting, because the place was still couched in darkness. She sat on the edge of the bed, face in her hands.

RJ frowned at that display, so contrary to the one she put on in public. Another mystery to solve. He braced himself and cleared his throat.

She jumped ten feet in the air.

RJ was on her before her lips parted to let out the scream in her eyes. He slapped his palm over her mouth and dragged her down to the floor, away from the window framed by sheer red curtains.

She fought him, nails digging into his thigh through his jeans, long legs kicking out. RJ kept a hand over her mouth, muffling her terrified whimpers, and placed his other arm at her throat, holding her flush against his chest.

“Shh.” RJ spoke at her right ear. She shuddered, still struggling to get away. “I’m not here to hurt you, McKenna.”

She stiffened at the sound of her name.

“I want you to be quiet and listen.” RJ used what his brother called his “calm but deadly” voice. “If you try to scream, I will gag you. If you attempt to run, I will tie you up. I don’t want to, but I will.”

She stopped moving, but the scared sounds she made didn’t cease. RJ ignored them.

“I’m here to ask you some questions about a man you’re quite familiar with,” he said softly. “I’d have knocked on your door in the middle of the afternoon, except he’s made it so I no longer have that option.”

“Let me make this so it’s crystal,” he continued. “I’m not here to hurt you. I have questions, and you just might have the answers. That is what I want.” He tightened his hold on her for a second. “Got me?”

She hesitated a
beat, then nodded.

“I’ll be removing my hand from over your mouth. I need your assurance that you won’t scream.”

A sob caught in her throat, but she shook her head.

“Good girl.” Before removing his hand, RJ reminded her, “You scream and I gag you. Remember?”

She nodded and he dropped his hold. She tried to scramble away from him, but he caught her around the waist and held her still.

“Stay here.” He placed a finger under her chin and lifted her wet gaze to his. “I know you’re kept by Salim Najal.”

She actually blinked. Her tiny nose flared. “You’re-you’re one of his enemies?” Her voice came out scratchy and wet. A drop of blood beaded on her bottom lip. She licked it off.

RJ’s mouth curved at her question. “What do you know about Salim’s enemies?”

McKenna shrugged. “He told me he has a lot.” She wiped her nose with the back of her hand. “It’s why he has security, and why I have to go out with bodyguards.”

RJ cocked his head to the side. There was something about her, something he couldn’t put his finger on, just underneath the surface. Now wasn’t the time to figure it out.