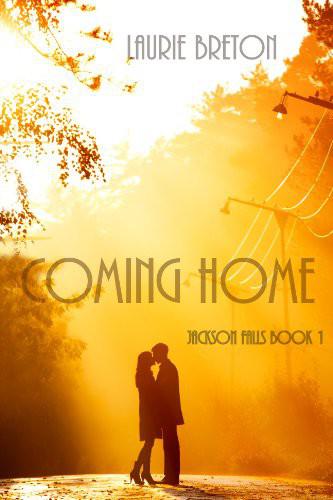 This one is for Terry Plunkett,

who believed in me long before

I dared to believe in myself,

and who is undoubtedly looking down on me

from somewhere in the Great Beyond

Again, I have to
thank my soul sister, Judy Lineberger, for suffering with me through the
endless rewrites, and for cracking the whip over my head whenever she caught me
slacking.  If not for you, this book might never have been finished.

OTHER BOOKS BY LAURIE BRETON:

Sleeping With the Enemy

Die Before I Wake

A cloud of dust billowed behind the pickup truck, and Casey yanked
the wheel hard to the right to avoid a pothole.  Just over five feet tall, she
could barely see past the hood, but she drove with an expertise acquired at the
age of twelve at the wheel of her father’s ancient John Deere.  On the radio,
Martha Reeves and the Vandellas were entreating Jimmie Mack to come on back,
and she drummed her fingers on the steering wheel in time to the music.

At the end of the driveway, she pulled onto the shoulder to get
the mail.  There was a strange car parked beside Dad’s rusted hay baler, a blue
Chevy with Massachusetts plates. Casey parked next to it and shut off the
engine, cutting off the Vandellas mid-note.  She was juggling grocery bags when
a voice just beyond her shoulder drawled, “Need any help with those, brat?”

Casey spun around in surprise.  “Travis Bradley!” she said.  “What
are you doing here?”

Her brother took both grocery bags from her.  “I came to see you.”

Snaking her way around paper bags, she embraced him with all the
strength her hundred pounds could muster.   “You look like you’ve been living
on beer and pizza,” she scolded.  “Does Dad know you’re here?”

“Nope.  He’s out somewhere on the tractor.  We’ve been drinking
coffee with Colleen.”

She wondered who
we
meant.  Had he brought home some
woman?  Was the family vagabond finally settling down?  Wrinkling her nose, she
said, “You’ve been drinking Colleen’s coffee?”  Her sixteen-year-old sister’s
kitchen misadventures were the stuff of family legend.  “You do realize there’s
a fine line between bravery and lunacy?”

He grinned.  “And I think I just crossed it.  Listen, Casey, I
really did come home to talk to you.  That tape you sent was outstanding.
Where’d you learn to write songs like that?”

Her heart began a funny little dance inside her chest.  “You liked
it?  Really?”

“Are you kidding?  It was so good I let Danny drag me up here to
Outer Mongolia because he wanted to hear more.”

She hoisted the remaining grocery bag and closed the tailgate.
“Who’s Danny?”

“Just the best damn singer on the East Coast.  He’s dying to meet
you.”

Inside her, pleasure warred with embarrassment.  Nobody had ever
taken her songwriting seriously.  She wrote them simply because they were there
inside her, and she couldn’t prevent them from pouring out.  She’d sent the
demo tape to Travis in a fleeting moment of insanity, an act she’d regretted
the instant the package was in the hands of the United States Postal Service.

It was the embarrassment that won.  “I didn’t know you’d let
anybody else hear it,” she said.

“You’ve got talent.  Don’t bury it under a rock.”  He followed her
up the steps and across the porch.  “Are you working?” he asked as he held the
screen door open for her.

“Just keeping house for Dad.  Jesse and I will be married in a few
weeks anyway.”  Her mouth thinned.  “He doesn’t want me to work.”  The door
slapped shut behind them and they set the grocery bags on the sideboard.  “Why
do you ask?”

Until now, she hadn’t noticed the man who leaned casually against
the living room door frame, but at first sight, she couldn’t imagine how she
could have missed him.  He seemed to go on forever, effortlessly dwarfing her
six-foot brother, and she gawked at his height before gradually becoming aware
of the rest of him:  the broad shoulders, the narrow hips encased in worn
denim, the light brown hair, shot through with golden highlights, that fell in
a clean line to his shoulders.  But it was his eyes that caught and held her,
those wild and turbulent eyes, eyes the color of a summer sky.  “Well,” he
said.  “Hello.”

Her tongue glued to the roof of her mouth, Casey stared at him
like an idiot.  She wet her lips and found her voice.  “Hi.”

Trav’s hands on her shoulders nudged her forward.  “This is my
sister Casey,” he said.  “Sis, this pain in the ass is Danny Fiore.”  He gave
her shoulders a squeeze, then released them.  “She’s all yours, Dan.  Good
luck.”

Danny Fiore crossed the room, hand extended, and she finally
remembered her manners.  She took the proffered hand, and his grip was warm and
firm.  “Six-four,” he said.

She wasn’t sure she’d heard him correctly.  “I beg your pardon?”

“I’m six-foot-four.  I could see you wondering.”  His smile warmed
the blue eyes and carved a deep cleft in his cheek.  She realized that he was
still holding her hand, and she quickly withdrew it.  “You’re a talented
songwriter,” he said.  “I’d like to talk to you about using some of your
material.”

It took a moment for the meaning of his words to sink in.  When it
did, she gripped the edge of the countertop to steady herself.  “You want to
perform my music?” she said, incredulous.  “In public?”

“We’ve been playing the same stale Top 40 stuff for two years, and
I’ve spent ages looking for something new.  When I heard your tape, I knew I’d
found it.”  He brushed the long hair back from his face with the fingers of one
hand.  “I’ll be straight with you,” he said.  “I’m looking to make a name for
myself.  But I need original material.  Judging by what I’ve heard so far, I
think you can give me what I want.”

Casey’s palms began to sweat, and she had to hunt for her voice.
“I don’t know what to say.”

He had a smile that could melt marble.  “You could start,” he
said, “with yes.”

Clad in the wedding gown her mother had worn twenty-five years
ago, Casey stood in front of her sister-in-law Trish’s full-length mirror,
scrutinizing her reflection.  The dress was pretty and feminine, with yards of
frothy white lace and hundreds of tiny seed pearls hand-sewn to the bodice.
While Trish fussed and tucked and smoothed, Casey stared in disbelief at the
woman in the mirror.  Could this exquisite, green-eyed creature in satin and
lace be the same Casey who’d grown up in jeans and Trav’s cast-off shirts?  She’d
never thought of herself as pretty, but the antique white satin of Mama’s gown
complemented her olive complexion and her dark hair, and the mandarin collar
lent elegance to the neck she’d always considered too long.  Spellbound, she
stared into the mirror.  “Is that really me?” she said.

“It’s really you, sweetie.  And your mother would be so proud.”

In the mirror, a vertical line appeared between her eyes.  “Would
she?”

“Of course she would!  You and my brother grew up together.  She
thought the world of Jesse.  She’d be thrilled to know that you’re marrying
him.”

Maybe, although Casey wasn’t totally convinced.  Some days, she
thought that the only person, aside from the groom, who was thrilled about the
pending nuptials was Trish herself.  Casey had been twelve when her oldest
brother, Bill, had married Trish Lindstrom, and Trish had become the best
friend and big sister she’d always wanted.  It had been Trish who helped her
through those bleak months following Mama’s death when, at fifteen, Casey had
stepped into her mother’s shoes, taking responsibility for raising her younger
sister and running a ten-room farmhouse.  When Casey and Jess had set their
wedding date, a jubilant Trish had badgered her into unearthing Mama’s wedding
gown from the attic, then had spent weeks laboriously altering it to fit
Casey’s slender frame.

Casey frowned at her reflection.  “Trish?” she said.  “Can I ask
you a question?”

On bended knee, fussing with the voluminous folds of the gown’s
hem, her sister-in-law looked up.  Around the half-dozen straight pins she held
precariously in her mouth, she said a muffled, “What?”

“With Bill…how did you know?  That he was the one?”

Trish spat the pins out onto her palm.  “Honey,” she said, “I knew
Bill was the one from the time we were in third grade.”  She rocked back on her
heels and studied Casey through narrowed eyes.  “Why?  Don’t tell me you’re
having second thoughts?”

“Nothing like that.  It’s just that…sometimes I wonder.  Jesse’s
the only guy I’ve ever kissed.  I’ve never even dated anyone else.”

“Cold feet,” Trish said briskly.  “Nothing more than that.  Don’t
let it bother you.  It’s normal.  Everything will work out fine in the end.”

Trish looked at her long and hard.  Then she got up, walked to the
bedroom door, and closed it.  “Okay,” she said.  “It’s just you and me now.  Where
is this coming from?”

“I don’t know.”  When Trish simply stood there, arms crossed, waiting,
Casey waved her hand to indicate the entire household and said, “What you have here
with Bill?  It’s what I want.  A husband.  Kids.  The white picket fence, the
station wagon, the dog.  But what if I’m missing out on something?  What if I
realize later that I made some terrible mistake that it’s too late to fix?”

“Has something happened?”  Trish studied her closely.  “Is there
someone else?”

She felt herself flushing.  “Be serious.”

“I am being serious.  Do you love my brother?”

“Of course I love him!  What kind of question is that?”

“A very important one.  Because if you don’t love him, you need to
think long and hard before you go through with this marriage.”

“I am absolutely going through with this marriage.  That’s not
even negotiable.  I’m just feeling a little restless, that’s all.”

“Honey, it’s normal to feel that way.  Marriage is a big step.”

“I was a basket case.  Major bridal jitters.  Right up until the
moment I walked down that aisle and saw him standing at the altar, waiting for
me.  And then all my doubts just fell away, and I couldn’t wait to start our
life together.”