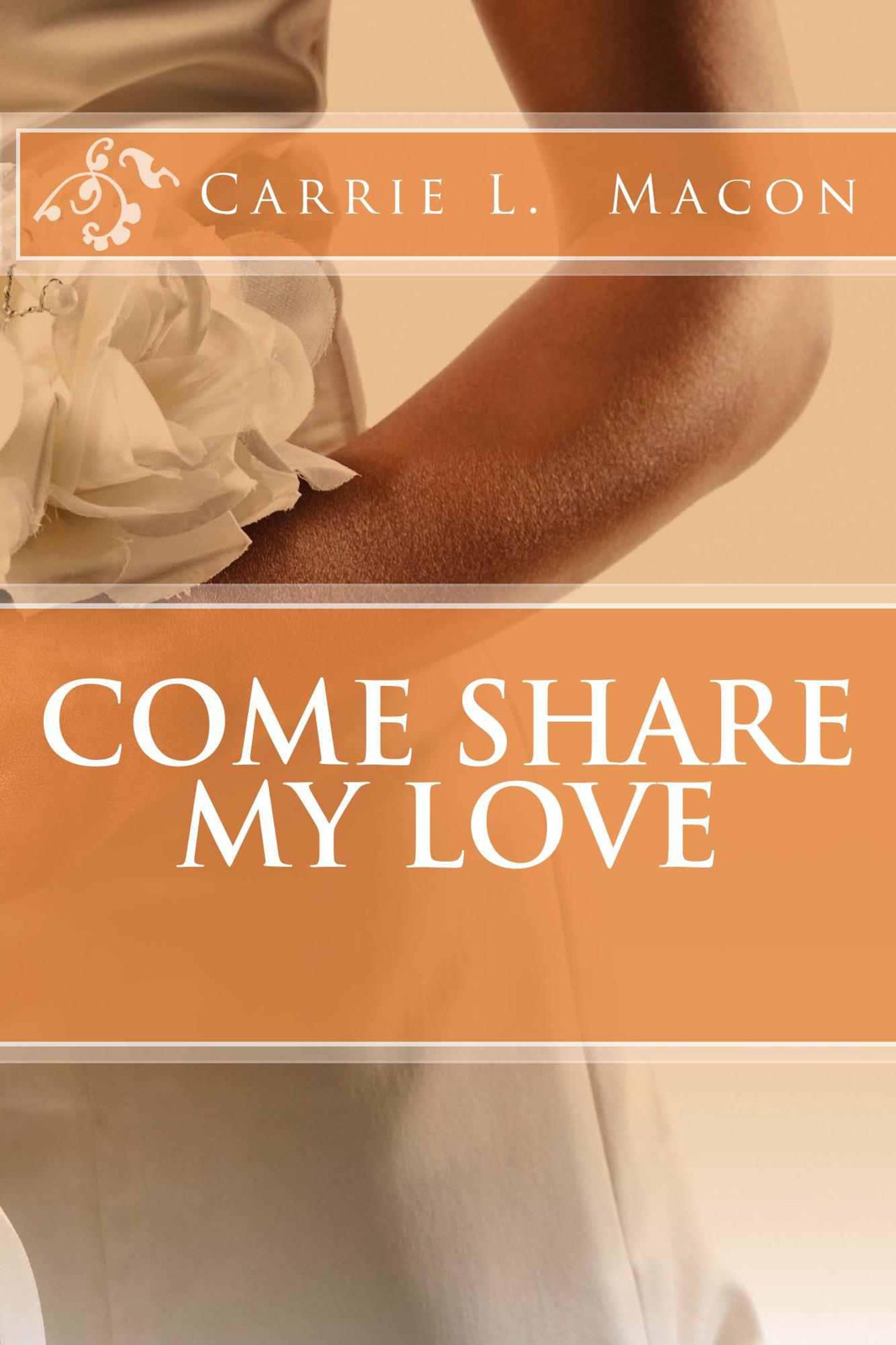 Born in Los Angeles and raised in Watts, California, Carrie Macon always had a dream of being a writer. Riding the school bus to her alma maters, Northridge Jr. High and Cleveland High School in Reseda, California, you’d find her writing stories about anything and everything. No matter where she was in the world, Carrie always had a notebook and writing utensil in her hand - and that still holds true today.

Thus far, Carrie’s released titles include Kisses Don’t Lie, Just another Lonely Knight, and Give Me Forever. In her spare time, she enjoys reading, cooking for special occasions, baking, dancing, and singing. She also loves her family and enjoys playing with her grandsons and great nieces and nephews.

All rights reserved.  Except for use in any review, the reproduction or utilization of this work in whole or in part in any form by any electronic, mechanical or other means, now known or hereafter invented, including xerography, photocopying and recording, or in any information storage or retrieval system, is forbidden without the written permission of the publisher, Carrie L. Macon, Norwalk, CA USA.

This is a work of fiction.  Names, characters, places and incidents are either the products of the author’s imagination or are use fictitiously and any resemblance to actual persons, living or dead, business establishments, events or locales is entirely coincidental.

For two great women who had a voice and a hand in raising me that have gone on home to Glory, my grandmothers, Ms. Rosie Lee Darrough and Ms. Carrie Charles.

I cannot thank the Lord enough for blessing me with two strong and amazing women to help in my upbringing, that kept me on the right track when my parents were both hard at working and that helped mold me into the woman I came to be.

Thank you Father for your many blessings.

Thanks to all my family, friends and loyal readers.  You help to make this all possible.

“This is really nice,” Kemah said as she ran her hand over the floral printed micro fibered sofa.  It was soft to the touch and when she sat on it, “Ooh this is too comfortable.  I think I could sit here for a week.”

Shyla chuckled.  “Yeah but you’ll miss everything else in Jamaica.”

“You have to admit that this place is very nice.  The bathroom is huge.  Did you see it?”

Shyla nodded.  “It’s nothing like the hotels in the states.”

“I can see why so many people come to this place to vacation and honeymoon.”

“Well it’s a good thing we came now because we’ve both said no to marriage, so we can’t come for a honeymoon.”

“I know but wouldn’t it be nice to share it with someone you loved?”

“Definitely.”  Kemah snuggled more into the couch.  “Tell me again why you don’t want to get married?” she asked with her eyes closed.

Kemah shrugged her shoulders.  “You know the story.  Fell in love, promised ourselves to one another, he listened to and, I might add, believed a lie then he bounced.  While I have a difference of opinion than you, I don’t believe that all men cheat, but I wouldn’t give my heart to another one to save my life.  It’s just too damn emotional.  And men aren’t emotional enough.  They just don’t get it.”

“Oh, I’ve met a few that are so emotional that they put women to shame.  It’s scary.”

“I know that’s right.”  Kemah laughed.  “I just wish the male species would get a damn clue.”

“That would be nice.  I believe that if a man looks, he’s cheating.  What is he looking and admiring for?  Is he wishing that she was his woman or his woman had the same attributes or qualities as this other woman?  To me that’s cheating.  But let’s change the subject.  We came here to have a good time and I’m ready to begin.  We can’t stay in this suite all week, no matter how cozy it is.”  Shyla stood picking up her traveling bag.

“I can’t wait to go shopping.  I saw some boutiques on the way over.”

“I’m all for that.”  Shyla began putting her belongings away.  “So what do you think we should do our first day here?”

“Eat.  That’s the first thing on my agenda.  We haven’t had anything since before we left California.  Can you
believe these airlines now?” Kemah shook her head.  “You either buy their high priced, unpleasant food on the plane or you bring a snack.  You can’t bring a snack because they take it at security.  You know they don’t really throw that stuff away.  They probably take it home to their families which wouldn’t be a problem but the least they could do is give it to the homeless.  I tell you, you can’t win for losing.”

“True.  Now back to the plans.  I want to do everything, the casinos, clubs, dancing the night away, and sightseeing.  You name it, I’m there.  We do have that tour scheduled for tomorrow morning.  And after sampling some of their food we’re going bike riding and probably snorkeling.”

Kemah’s head snapped up.  Her friend always wants to do something, no matter what it was she was a go getter except when it came to love.  “Shyla, black people don’t go snorkeling.  Quit dreaming.”

“Black people may not but brown people do,” she said seriously.  “And since we’re a brown skinned people today, we’re going snorkeling.  I don’t know what color we will be tomorrow because of that baking ass Jamaican sun but for today we are brown.  It’s like an oven out there.”

“I know, and I don’t do heat all that well.  My perm is going to be a mess when I leave here.  I have a feeling that I will be in braids by the end of the week.”

“I can get with that.  I thought about getting them before we left but Char was booked for the next month and I wasn’t about to let anyone of those other chicken heads in her shop do it.”

“I heard that.  Let’s get unpacked and we’ll go eat, drink, be merry and bike ride.”  Kemah moved towards her luggage.  “You think they have any bikes with umbrellas on them?”  Shyla shook her head.  “I didn’t think so,” she sighed.  “But I can dream though.”

Both women finished putting away their belongings, showered, dressed and went in search of eats and bike rentals.

The sun was set on hell when Zackary walked off the plane.  It was sure to be a scorcher by the time he got to his hotel off the beach.  Zackary needed a vacation.  He didn’t want to admit it; he was too focused on his job.

Zackary was a veterinarian.  He and his partner and best friend opened a business several years before and today would be his very first real vacation since his wedding years before that.

He was no longer married, he no longer had to please the selfish woman he’d married and give her all his time and money.  He was content for the most part.  At times there was loneliness.  There were even women he dated but nothing serious enough to do anything about.  He had two beautiful daughters to consider, and their happiness came first.  Zackary hadn’t wanted to come on vacation without them but his family insisted that he needed time to himself, to relax, unwind and get laid , one of his brother’s had told him.  He didn’t know about the latter but he definitely needed to relax.

Zackary wasn’t one to have casual sex, but he knew many who did.  The last thing he needed was to catch something from someone and something of his fall off.  Just thinking about it made his body cower.  He’d be alright.