Clementine Rose and the Treasure Box 6 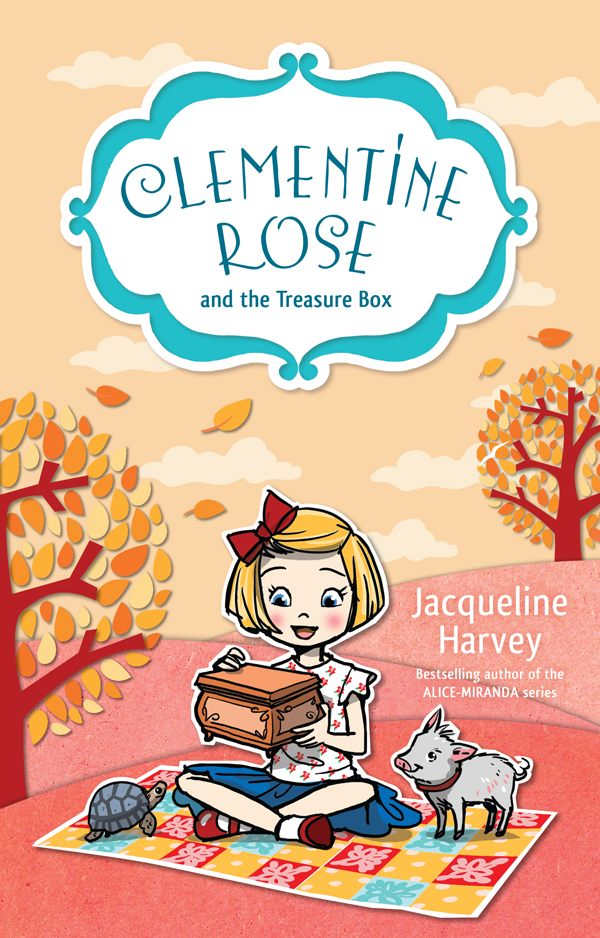 Clementine Rose can't believe her luck. Her new neighbours have not one, not two, but three children for her to play with. And to top it all off, the children's mother has promised to give ballet lessons. Clemmie can't wait to put on a tutu and learn to dance. When something terrible happens to the local hall, the ballet lessons are put on hold. How can the villagers raise enough money to repair the hall? Perhaps Clementine Rose and her new friends can find some hidden treasure and save the day.

Chapter 5: After the Fire

Chapter 11: Gone in a Flash 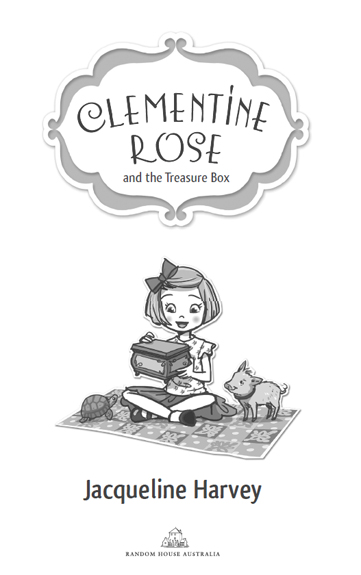 For Ian and Darcy, Flynn, Eden and Baby Lawrence 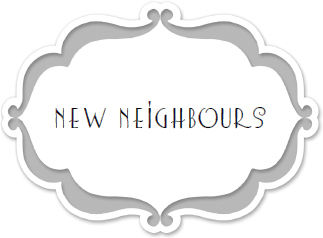 Clementine Rose chased the ball as it bumped and rolled across the front lawn. Lavender, her teacup pig, scurried along beside her, grunting and squealing. Clementine reached the ball first. She stopped it with her foot and then kicked it back towards Uncle Digby. Lavender spun around and ran after it.

âYou two are going to be exhausted,' said Clementine's mother, Lady Clarissa Appleby. She was pulling weeds from the flowerbed beside the fence. 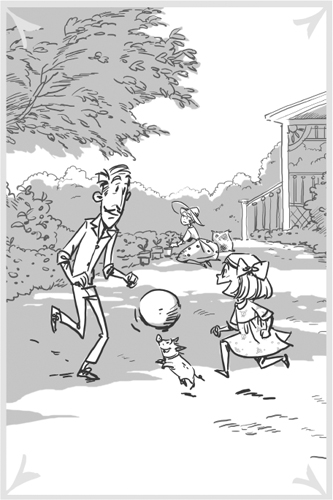 âI'm all right,' the old man protested with a flick of his hand.

âWell, I think I'm just about done here,' said Lady Clarissa. She dumped a giant clump of clover into the hessian sack beside her.

Digby rolled the ball gently towards Lavender, who pushed it along with her snout. âYou know, that pig's a natural with a soccer ball.'

âMaybe she can join our team,' said Clementine. âYou could too, Uncle Digby.'

Clementine couldn't wait to start soccer in a few weeks' time. She was going to be on a team with her friends Poppy and Sophie, and some boys too. Sophie's father, Pierre, had offered to be the coach and they would play in a local Saturday morning competition.

The old man shook his head. âI don't think so, Clementine. I'm about sixty-five years too old to be playing in the Under 7s.' He walked over to Clarissa and reached for the sack. âI'll take those weeds around to the bin.'

âThank you,' said Clarissa. She removed her gloves and brushed some dirt from her skirt.

âDo you want to kick with me, Mummy?' Clementine asked.

âMaybe later, sweetheart. I think we should pop inside and have something to eat.'

The front door opened and Clementine's great-aunt walked out onto the steps. âWhen's lunch, Clarissa? A person could starve to death in this house,' she harrumphed.

Lady Clarissa rolled her eyes at Clementine. âWe're coming now, Aunt Violet. I don't suppose you thought to make a start on some sandwiches?'

âIt's not that hard,' Clementine chimed in. âYou just have to get the bread and butter and some things to put inside. I'll teach you.'

âStop being so practical, Clementine. Some people were born to cook and others were born to eat. Clearly I fall into the latter category.'

Clementine wondered what that meant.

âWhy don't you get your ball and bring Lavender inside, darling,' Lady Clarissa suggested.

Lavender had nudged the ball all the way across the lawn. Now it was stuck under some bushes by the low stone wall that separated Penberthy House from the road. Just as Clementine bent down to pick up the ball, a truck rumbled past. There were large letters written on the side and three men sitting in the front.

Lady Clarissa looked at the vehicle. A young fellow wearing a blue singlet grinned and waved at her. Clarissa raised her hand and waved back.

Clementine grabbed her soccer ball and raced over to her mother, who had joined Aunt Violet on the front porch.

âWhat did it say on the truck?' she asked.

A silver station wagon turned into the road and followed the truck. A woman waved from the front passenger seat. Clarissa thought she saw some children in the back.

âThey must be the new neighbours,' she said.

There was only one other dwelling past Penberthy House, a cottage at the very end of the lane.

âGodfathers, who'd want to live in that dump?' Aunt Violet said with a shudder.

Clementine shook her head. âIt's not a dump any more, Aunt Violet. It's lovely.'

âI can't imagine it. No one's lived there since I was a girl,' the old woman replied.

It was true that the place had been abandoned for years. Weeds and creepers had
wrapped around the cottage's whitewashed walls, poking their way through cracks in the floorboards and into the house. The rafters were full of birds' nests and a family of rabbits had made itself at home in one of the kitchen cupboards. But that was before the builders had arrived.

Uncle Digby and Clementine had walked down to take a look at the progress the previous weekend. The house had been extended, re-roofed and repainted. Sitting in its pretty, tamed garden, it seemed as good as new.

Clementine looked up at her mother. âDo you think there'll be any children?'

âI can't say for sure, but I thought I saw some in the back of the car,' Clarissa replied.

Clementine danced about on the spot. âCan we go and visit them, Mummy? Please?'

âNot today, sweetheart,' said Clarissa. âWe need to give the family some time to get unpacked and settled. Maybe we can take them a cake tomorrow to welcome them to the village.'

Clementine felt as if she might burst. âI'll help make it. It should be chocolate with sprinkles and chocolate icing.'

âSettle down, Clementine. They're only neighbours,' Aunt Violet said, rolling her eyes. âThe last family I remember living there had two of the most horrible brats I've ever known. They used to steal apples from the trees in our garden and their dog was always up here making a nuisance of itself. It would leave steaming messages all around the place.'

The old woman arched an eyebrow. âThink about it, Clementine â have you ever seen a dog writing a note? What sort of messages do they leave?'

Clementine realised what her great-aunt was talking about and giggled. âOh. But we don't even know if this family has a dog.'

âWell, we can jolly well hope not,' Aunt Violet said with a grimace.

But Clementine would be very happy to have some children close by. Her two best friends from school lived in Highton Mill, and even then Poppy was on a farm a way out of the village. It would be lovely to have someone to play with after school.

âCome on, Clemmie, let's get those sandwiches,' called Lady Clarissa, as she walked through the front door.

Aunt Violet marched in behind her. âA cup of tea would be nice too.'

Clementine lingered on the porch a little longer. She didn't care what Aunt Violet said. She couldn't wait to meet the neighbours. 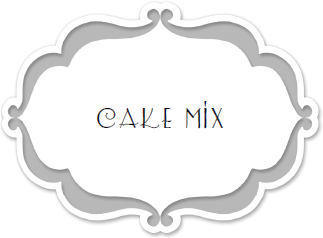 Clementine licked the spatula, smearing cake batter around her mouth. She scraped the bowl one last time before Lady Clarissa scooped it up and popped it in the sink.

âYou were about to take the colour off that bowl, young lady,' her mother said with a grin. âBesides, the cake will be ready soon and we still have to make the icing.'

The tantalising aroma of warm chocolate cake filled the kitchen.

Uncle Digby arrived back from Mrs Mogg's store. He placed a small pile of letters on the bench and then began to unpack the grocery bag. 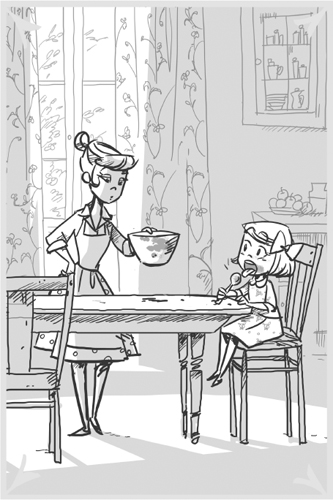 âHello. Something smells delicious,' said the old man. âI think these are for you.' He handed Clementine a packet of chocolate sprinkles.

âThank you. Do you want to come meet the neighbours this afternoon? Clementine asked.

âI'm afraid I can't. I have quite a bit to do. We have lots of guests arriving this weekend.'

The timer on the bench dinged and Clementine leapt down from her chair. âIt's ready!'

âHold on, Clemmie,' said Clarissa, as she reached for a pair of oven mitts and opened the oven door. She pulled the shelf towards
her and plunged a skewer into the middle of the cake. It came out clean.

Lady Clarissa placed the tin on the cooling rack on the bench. âWe can mix the icing now. Then when we're finished, the cake should be just about cool enough to decorate.'

A little while later, Clementine finished shaking sprinkles onto the chocolate icing while her mother searched the pantry for a cake box.

âAre you coming to meet the neighbours, Aunt Violet?' Clementine asked the old woman, who had wandered into the kitchen in search of a cup of tea and was now reading the newspaper.

She shook her head. âYou can meet them first. And don't go inviting them for dinner or any such nonsense, Clarissa. We don't know anything about them. Probably not our sort of people at all.'

Clementine wondered who their sort of people were but decided not to ask. Aunt Violet was in a bit of a scratchy mood already.

Lady Clarissa told Clementine to run along and fetch a cardigan and give her hair a quick brush. The child scampered up the back stairs and returned a couple of minutes later.

âCan we take Lavender?' she asked, as she walked over to give the little pig a rub. Lavender and Pharaoh, Aunt Violet's sphynx cat, were in their usual position: snuggled together in Lavender's basket in front of the cooker.

âNo, darling. We should see if the new family has any pets first. We wouldn't want to take Lavender and have her upset anyone, would we?' her mother replied.

Clementine nodded. That was probably the best idea.

A few minutes later the pair set off. It was about half a mile to the cottage. The pretty lane was bounded by a low stone wall on one
side and open fields on the other. A trio of black-and-white cows grazed in the field. One looked up and mooed at Clementine, who mooed back.

âWhat if they're not home?' Clementine asked.

âWell, we can just leave the cake on the doorstep. At least we've had a nice walk.'

âBut what if a sheep eats the cake?'

Her mother laughed. âClementine, sometimes you do say the strangest things.'

Clementine looked up at her mother and shrugged. âIt's true.'

They rounded the bend at the bottom of the road and, sure enough, the silver station wagon that had driven past the day before was parked in the driveway.

Clementine opened the front gate and ran down the path to the little porch. She looked at the door. There was no bell, only a brass lion's head knocker. She reached up and banged three times.