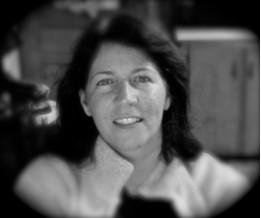 GUARDIANS OF THE WORD

Gradyn Vall paced in the outer room of the royal bedchambers, a room not trimmed in yellow gold like much of the rest of the Palace, but set in softer tones of cream and light blue. The other men in the room glanced at him. A few eyebrows arched upward. Of course they didn't say anything to him directly. He was the High Bishop of Cobalt. His obvious nervousness wasn’t the usual persona; the calm, unruffled-by-anything exterior, he displayed in public. His stomach was in knots.

The prophecy recounted in his head and he asked for the third time since his tenure as High Bishop began, if this birth would be the one.

“It’s the fourth time you asked, and I already told you it would,” said the spirit Gradyn always carried.

“You told me that thirty-two years ago, too, but you were wrong.”

“And they were twins then,” Gradyn said, being careful to think rather than speak out loud. There was a time or two over the last seventy-five years since he inherited the ghost where he’d forgotten. Being host to someone deceased for nearly a full Age had its own special difficulties.

Gradyn forced himself to stop moving, halting near a window he could look out. He watched the snow beat against the glass pane, where it stuck briefly before melting into a drop of water. A dam of ice accumulated at the base of the window, defeating the heating elements imbedded in the glass. Lightning brightened the night, striking the King’s Tower, followed by the sharp crack of thunder. The howling wind was almost as loud.

Gradyn frowned briefly. “Ambrose? That he was a twin once? No. It was a loss too early in the gestation. He was lucky to survive though. Well, you knew that.”

“I suppose these births will be as difficult. The Gods rattle and shake the universe in a clash of wills against the dark forces of the world. You’d think they’d balance themselves out, between good and evil, but no, there’s all this noise, snow and howling wind.”

“You’re the one who picked this place for your home,” Gradyn said as if their location would have any dulling effect on how the universe reacted. Somewhere else there might not be a horrific blizzard, but there would be some other physical manifestation to announce the arrival of so great a shift of power.

“I’m going to go find out what the delay is. Come with me.”

“No,” Gradyn said, but braced himself for his mind to be split between his body and the ethereal existence Alurn Telaerin inhabited.

“Don’t argue for once, just come along.”

Gradyn sat down, and pretended to pray so no one would interrupt. Alurn took him, a feeling like dropping off a cliff, and as swiftly as that, entered the mind of an attendant in the next room, witness to the birth of the future saviors of the world.

Shalael Telaerin clutched the sides of the birthing chair, a raised, tilted affair that seemed both comfortable and a contraption of torture.

Her fingers dug into the padded arms while five and then six and then seven attendants, medics, physicians, her husband moved around her in an orchestrated dance. One swooping in to dab her forehead, one to hold her hand, one to encourage her to breathe evenly, one to sit at the business end of the affair to examine the progression of the birth and so on.

Something was very obviously wrong. The first baby wasn’t coming. Every time a contraction struck, the heartbeats of both the unborn stuttered and paused. Alarms sounded. The doctors hovered, trying to determine what might be the problem and how to correct it in time.

A decision had to be made, one that went against convention and a tradition that went back hundreds of years. In all that time, or so the records stated, the future King of Cobalt was born naturally. It was just one more thing for the Princess to feel guilty over. She’d already been told she shouldn’t have more children. In order to save her and her children, the surgery to extract them was necessary.

With the concurrence of her husband, and his father, the King, the dynamic of the room changed. The chair was flattened. Medics rushed with concentrated purpose. More monitoring equipment was steered to the side of the mother. Her gaze never left her husband’s. He leaned down, holding her hand.

She would have agreed, but another contraction took her voice.

She didn’t scream or cry out, somehow containing the pain that tore through her body to a small whimper. Ambrose blocked from her awareness most of the mechanics coming in to take over this once normal process. Instrument trays with laser cutters and injectors for medication and the blue sterilization lamps clicking on weren’t visible to her as he leaned over her.

The attending physician intruded gently, dermal injector in hand as the contraction passed. She was weakened by it more than normal, and the alarms sounded different.

“Save my children,” she said. “You save them, Eldelar.”

“They’re going to be fine, Shalael, and you will too. We’re going to sedate you now, so the pain is less. You might feel the first incision but it shouldn’t be too much. Tell me if it is. I’m sorry we can’t give you more.”

“I know you do,” he said and pressed the injector into her neck. “You’ll only feel a little drowsy.”

The doctor kept talking, and at the same time, made the first cut along the lower curve of the round, extended belly, and then another to open the womb.

The one who should have been second born came first, pulled neatly out into skilled hands and wrapped into warmth hardly a moment later. First born. Gradyn could see the aura of power encircling the child as snuggly as the blanket. They named him Dynan Alurn.

Alurn the First smiled at that, humming over it.

And here it was, the prophecy hung on a precipice. Gradyn waited, wondering if the child didn’t come, if it didn’t survive, how many more years would it be for another chance. Too many for his life to last. Another generation lost.

Three physicians worked over the Princess to no effect. Eldelar glanced briefly to Ambrose, shaking his head imperceptibly, his arm inside the incision up to his elbow. The vitals of the unborn child plummeted and then stopped.

The doctor put his other hand between the legs of the future Queen. His shoulder hunched forward and he leaned, pressing his weight upward. Shalael gasped and cried out. Outside, the wind ceased its incessant howling. The silence of a tomb descended.

Everyone in the room noticed it, but they didn’t understand it.

The baby emerged, eyes open, and unlike his brother, declaring his presence in the world with a sharp squall. Amid the laughter and tears of his parents, there seemed an edge of defiance to the cry. The room’s occupants breathed as one.

And the prophecy was fulfilled, children of one mind, born in the seventh cycle and named for the father of them all.

Outside, the wind howled.

A swirl of snow blew in on a gust of wind. Dynan Telaerin brushed the intruding flakes away. He wanted to uncover more of this bit of a silver bowl, or maybe it was a platter of some kind, before he had to leave the work site.

It wasn’t so much that he enjoyed being frozen to the bone, but being here was preferable to being at home. This was what he did for fun, a thought that made him roll his eyes over his idea of entertainment.

All around him stood the tumbled and broken walls of an ancient room. Dynan bent over the metal piece, lodged in a section of frozen dirt that was otherwise cleared of snow down to a patch of set stones. Laser heaters did most of that hard work, but a few shovels were employed once they’d gotten close to the surface of the find. That was hours ago and a necessary daily regimen with the blowing snow. No matter how carefully the tarps were set, they rarely survived one night of wind.

The rock cutting into his knees consisted of several shades and hues that might be a pattern of some sort. The rest of it remained obscured so he couldn’t tell. What he could see of it reminded him of the Sacred Seal, the giant symbol of faith that covered the back wall of the Sanctuary Temple.

A wave of nervousness shot through him. Tomorrow, he thought, but then shook his head. “Don’t,” he said to himself in a half mutter, determined to avoid facing that day until the last possible moment.

The cold permeating every layer of clothing was almost enough of a distraction, but the gazes and glances of the other people who were with him on this high slope of the Tarameik Mountains didn’t help. He kept scraping, brushing, examining, starting the next section – and tried to ignore the sense of being in a fishbowl.

That was the Prince factor.

They didn’t think of him as just any sixteen-year-old kid up here on the mountainside, digging in the ground. He was his father’s son. His father was King of the most powerful planetary System in Brittallia; a Kingdom of three planets and four billion people who sometimes liked to know what Dynan was doing. All of them. Frequently at the same time.

There were days he wished he could dig a hole a lot deeper than the small one he was in, and not come out again.

There were days, a lot of them, where he couldn’t wipe his nose or scratch his balls without someone seeing. There were days being a Prince just completely sucked. Tomorrow would definitely be one of them.

The noise of crunching through snow intruded and then a pair of polished black boots came into view. Dynan didn’t have to look up to know their owner was his guard.

Colin Fryn was a big man. He did a pretty good imitation of giving a crap about the things Dynan did, but his real job took precedence. Colin was always looking around, observing, aware of who was doing what, ready. He’d sworn an oath to die before letting anything happen to Dynan so he was serious about making sure nothing did.

“His Majesty is on his way,” Colin said, squatting down to look at the metal plate.

The man bristled with weaponry - a laser rifle, a sword, a knife, and a few items Dynan couldn’t see. Colin was an expert with all of them. Best of his unit. At twenty, he was the youngest with that high distinction. Sometimes Dynan wondered how he felt about being a glorified sitter.

Dynan nodded, but didn’t stop what he was doing. While the King’s visit thrilled the other members of the team - to them, that recognition was a big thing - to Dynan, it was just annoying.

“So, are you going to try and make it up to your father or are you going back into lockdown?” the guard asked while he scanned the area.

Dynan only smirked at him, channeling his twin brother, Dain for a moment and made Colin laugh. Dain called the guard and a couple of the others in the same unit, the Hounds. So named because it was almost impossible to get away from them. Almost.

Ghost Cat - Thelma's Dilemma by Carol Colbert
Bloodmoon (The Scarlet Star Trilogy Book 2) by Ben Galley
Beyond Life by Deb McEwan
Wars of the Roses by Alison Weir
AtHerCommand by Marcia James
Come Back to Me by Litton, Josie
Billie by Anna Gavalda, Jennifer Rappaport
She Does Know Jack by Michaels, Donna
The Ghostfaces by John A. Flanagan
Everyday Calm: Relaxing Rituals for Busy People by Darrin Zeer, Cindy Luu (illustrator)