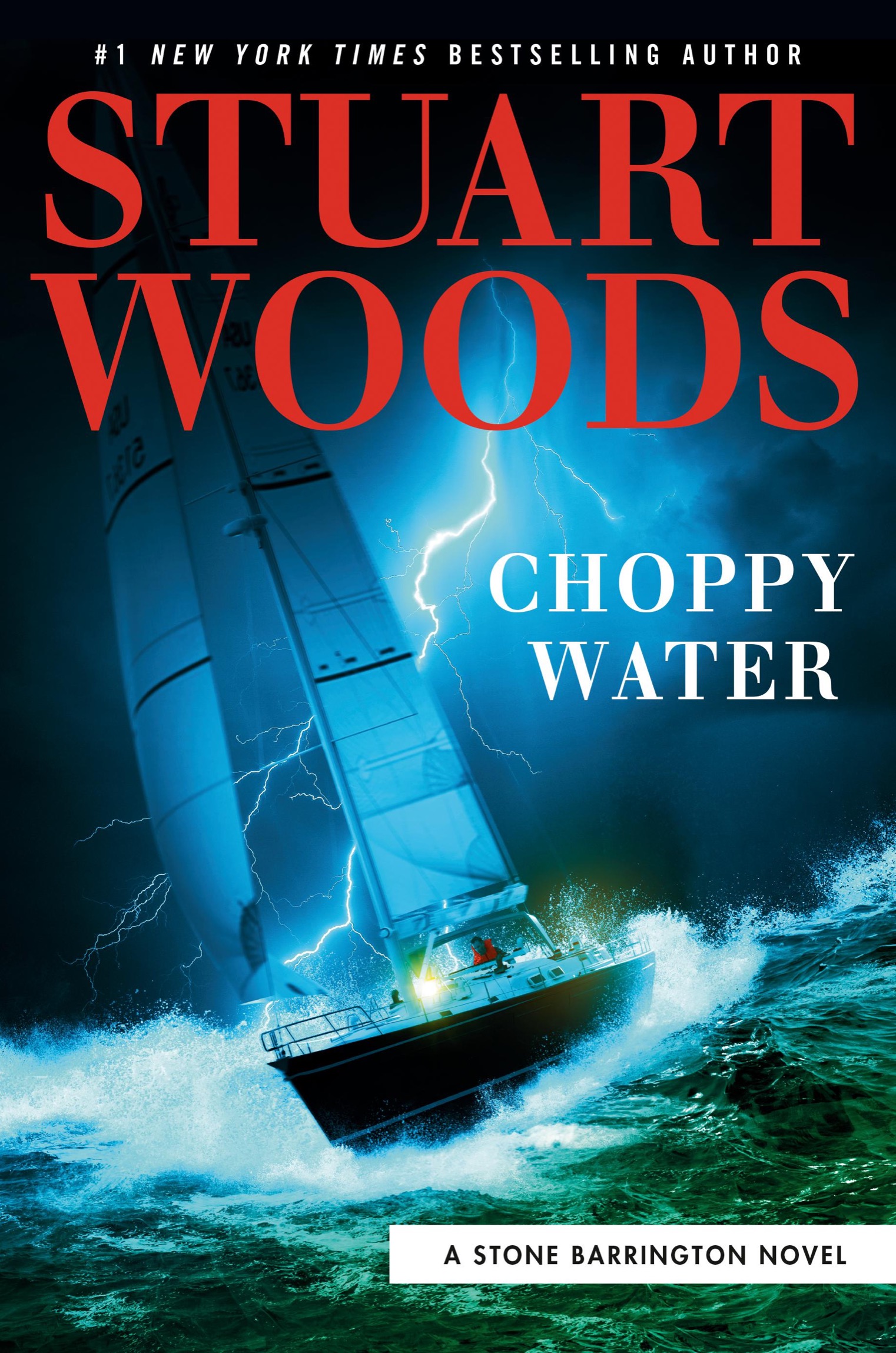 Shoot Him If He Runs*

The Prince of Beverly Hills

Dead in the Water*

Run Before the Wind
§

The Money Shot**
(with Parnell Hall)

§
A Will Lee Novel 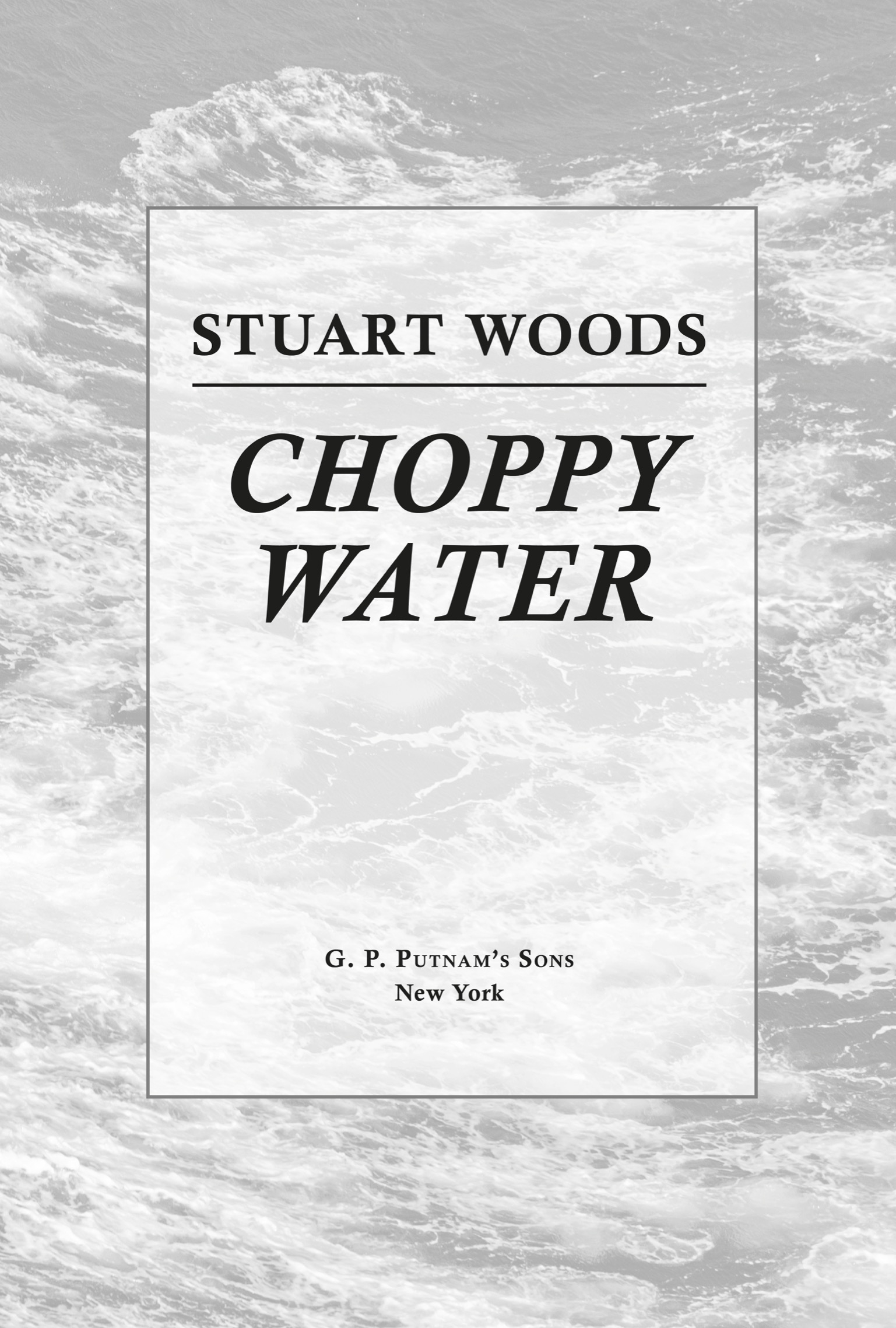 A platoon of Secret Service agents led Stone Barrington and Holly Barker from a service elevator and down a hallway, where they paused at a set of double doors.

“No,” she replied firmly.

She did so, then shook her shoulders.

“Ready now?” he asked, reflecting that he wouldn’t be ready, either, if he had just been elected president of the United States.

“Is it too soon for me to resign the office?” Holly asked.

“Way too soon,” Stone replied. He nodded at the agent with his hand on the doorknob, and the man pushed the door open.

The crowd in the ballroom let out a noise that Stone thought happened only at riots. Holly took hold of his arm, and he led her toward the platform at the front of the room. At the bottom of the steps, he stopped. “Okay, you’re on your own now.”

She nodded, let go of his arm, and climbed the stairs.

Stone took a moment to look around the room and discovered that he was the only man there wearing a tuxedo. Who had not gotten the memo—them or him?

The applause went on and on while Holly beamed at the crowd until finally she began begging with her hands for them to stop and let her speak. “First,” she said, “I want to introduce the vice president–elect of the United States, Sam Meriwether, of Georgia!”

To strong applause, the former senator climbed the steps on the other side of the stage, took Holly’s hand, and nodded his thanks to the audience. Then he stepped back, indicating that they should direct their attention to the president-elect.

“We’ve all come a long way together,” she said, “and there are some people I need to thank. Please hold your applause till the end, or we’ll be here all night.” She thanked her father and stepmother, her campaign manager and others. Twenty names later she said, “And my friend, Stone Barrington,” indicating him at the edge of the platform. A spotlight caught him.

Stone had not expected this—indeed, did not welcome it—and felt a flush of heat and a flop sweat coming on. He
nodded a couple of times. Photographers’ strobes flashed and iPhones were held up by people in the audience. Then, mercifully, the spotlight went elsewhere, and he was able to pat his face with a handkerchief and cool down a bit. He wondered how he could gracefully get out of the room without being noticed, then realized he was stuck there as long as Holly was.

Holly made a short, graceful speech about what it meant to her to be elected president—just short enough to make the lede for all the news shows. Then she left the stage and walked around the room alone, shaking hands and exchanging air-kisses. At a signal from her, the orchestra struck up a tune and people rose and started dancing. Holly made her way back to Stone, and they were directed out a door at the rear of the platform and into a greenroom, where staff and close friends awaited. She repeated her stroll around the ballroom. A half hour later they were led out of the room, followed by Holly’s father, Ham Barker, and his wife, Ginny. The next thing they knew, they were back in suite 27A, and everybody was drinking champagne.

The TV was turned off, and a pianist and a bass player offered some light jazz background.

It was two in the morning before the last friend left, and Stone was alone with Holly.

“You look a little peaky,” she said to him. “God, I forgot you’re just out of the hospital. Let’s get you to bed.”

Stone allowed her to help him undress and rehang his arm in the sling, then they settled into bed.

“What does tomorrow hold for you?” Stone asked.

“Do we have to stay in the country?”

“Oh, yes. Traveling abroad is going to be a very big deal for the next few years.”

“Too many people in L.A. Too hot in Key West. That leaves Maine.”

“I can go shopping in the morning.”

“Really? And cause a riot on Madison Avenue?”

“Oh. All right. I’ll have somebody bring a few in for me to choose from.” She waited for a response. “Stone?”

But Stone was out for the night.

The following morning after breakfast, Holly summoned her Secret Service head-of-detail, Bill Wright, and his deputy, Claire Dunn, and bade them to sit down. They did so.

“All right, Bill, Claire, here it is: Stone and I are going away for a week.”

Their faces fell simultaneously. “Away?” Bill asked. “Where?”

“To an island in Maine,” Stone said, “called Islesboro, to a village called Dark Harbor, to my house.” Bill started to object, but Stone raised a hand. “Let me brief you first. The island has a winter population of about twenty this time of year. My house was built for my late cousin, Dick Stone,
under the supervision of the CIA; Dick was its deputy director, and the house is bulletproof, including the windows. The nearest airport that can take a jet is Rockport, with runways of four and five thousand feet. Two ways to get to the island: ten minutes in my Cessna 182, for five people and luggage, to a 2,400-foot paved airstrip, or a twenty-minute drive to Lincolnville, where there’s a ferry every hour or so. I’m not sure what the winter schedule is. I can house six of your agents in my guesthouse, and our cook will prepare their meals. There’s a dock on the property should you want to send people by boat. We’re next door to the local yacht club, which will be closed for the winter. You might contact them about using their clubhouse for recreation and meals.”

“You didn’t mention use of a helicopter into the Islesboro Airport,” Bill said.

“Only if you want to attract news organizations with TV cameras.”

“Well,” Bill said. “I’ll have to contact my boss in Washington to get permission for this excursion, and I’ll have to call on the Air Force for an aircraft.”

“Sorry,” Stone said, “I didn’t mention that I own a Gulfstream 500, based at Teterboro, which will seat up to twelve people, for the leg to Rockland.”

“I have a full-time pilot, highly qualified. If you want an Air Force pilot to fly right seat, fine with me.”

“Hold on, Bill,” Holly interjected. “I want you and
Washington to understand that we are not requesting permission for anything. I’ve made the decision to go. If your people don’t want to participate, we’ll be quite happy with the transportation on hand. The security arrangements are up to you.”

Claire spoke up for the first time. “Mr. Barrington, I understand that you have a knife wound to your arm that requires daily inspection and rebandaging.”

“I’m a nurse practitioner, so I can take care of that. I’ll bring the necessary materials along.”

“Now,” Holly said. “I propose that we leave the Carlyle at six
AM
tomorrow morning for Teterboro.”

“I’ll arrange everything,” Bill said, and the two agents left.

“Now,” Holly said. “I’ll have to do some shopping, and I imagine that you need some proper clothing, too.” She picked up the phone and called somebody.

Stone called Joan and asked her to pack a couple of bags and send them to the hotel.